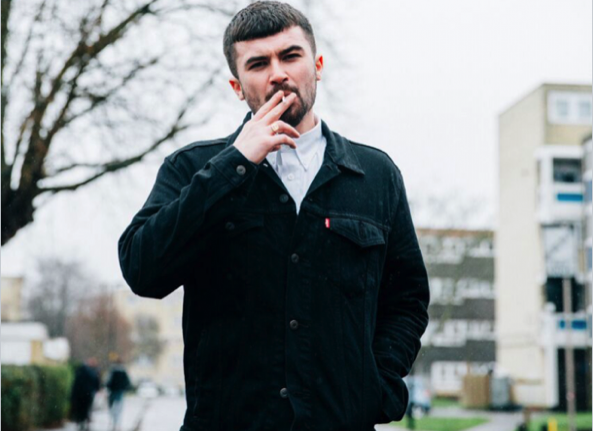 After an incredible 2018, Seán McGowan is stepping up his already considerable efforts to bring his smart wordplay and clash of sad and riotous tunes to everyone and he’ll be in Leicester on Wednesday 13 February for a show at The Soundhouse.

Last year saw the release of his debut album Son of the Smith in May 2018 and have him opportunity after opportunity to show all sorts of crowds what he’s made of. His biggest show saw him performing main stage at the legendary Camden Roundhouse as one of the main supports at Frank Turner’s Lost Evenings II. Then he set off to tour with more friends including Skinny Lister, Get Cape. Wear Cape. Fly. and Will Varley, as well as fellow working-class hero Billy Bragg. Then, after all that, he ended a year of touring with a UK and European jaunt with eternal folk travellers The Levellers, in somewhat of a dream support slot.

Now he’s off on a headline 21 date UK tour and he’ll be in Leicester at The Soundhouse on Wednesday 13 February. Tickets are priced at £10 and are available from Seetickets.

Like Strummer, Bragg and Duckworth before him, Sean McGowan possesses a world-weary spirit and an ability to translate that resignation into wryly observed studies of the human condition… A unique talent.”
– LOUDER THAN WAR, 8/10
previous article
Leicester drinkers raise £1400 with Everards’ Suffragette Beer
next article
Interview: Cocktails and launches with Kal Ruparell

An Evening of Queen at Leicestershire County Cricket Club