Well done to Leicester drinkers who have helped to raise £1,400 for local charity New Dawn, New Day by getting behind Everards limited edition beer suffragette.

Suffragette was brought to the bar back in November in honour of all Suffragettes and in particular, Leicester’s prominent suffragette Alice Hawkins.

It honours the story of Alice Hawkins a famous local suffragette, who lived most of her life in Leicester. Her story is a tremendous account of one woman’s fight for the most basic of human rights – the right to vote. She was imprisoned five times in all her struggle, and the Everards beer celebrates Alice’s strong determined character and fighting spirit.

Commemorating 100 years of the suffragette movement, Everards Suffragette beer is a bold pale ale with a strong hop flavour and aroma. 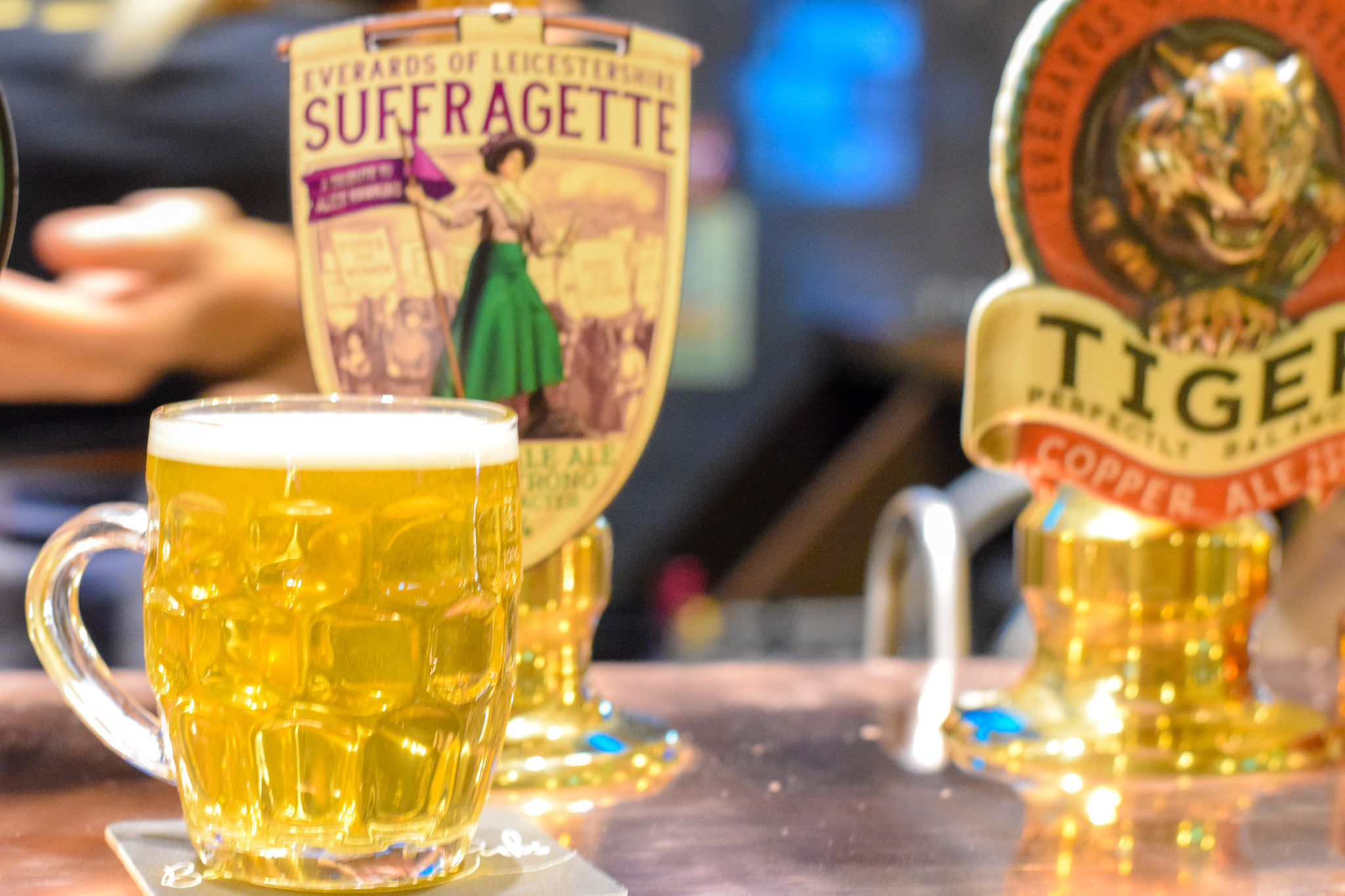 The limited-edition beer from Everards, was launched at an exclusive event at the Knight and Garter, overlooked by a statue of Alice. The event celebrated the brave story of Alice, and shared plans for many celebrations across Leicestershire  including this wonderful beer.

The beer was so popular it sold out and has been requested by business owners and customers to make a return!

Sara Swire, CEO at New Dawn New Day tells us a little about the charity: “New Dawn New Day is a charity that is helping women change their lives for the better. Women come from all over the county access the many services we provide to help with things such as domestic abuse, drugs and alcohol, poverty and debt, mental and physical health. It was an honour to be associated with the celebrations around the Suffragettes and Alice Hawkins, and we really thank Deputy City Mayor Councillor Clarke for nominating us. We are really proud to be at the front of people’s minds for the fight for women. The money raised through people enjoying Suffragette in Everards pubs will help us to continue vital work with local women.”

This money raised by Everards pub customers will help local women change their lives for the better, if you want to help visit www.ndnd.org.uk