The Art AI Festival is bringing Leicester to life this summer with a series of city centre installations and online and offline interactive content. The latest of these installations is Masked Reality by Harshit Agrawal on display in Haymarket Shopping Centre.

In this installation artificial intelligence is used to merge your face with a Kerala folk dance-inspired Indian Mask, creating a ‘masked reality’. When visiting the installation at the Haymarket Shopping Centre, you will see yourself transformed into faces inspired from dance rituals of southern India in real-time, in both male and female form, inspired by traditional mask cultures.

We caught up with Harshit to find out more about it. 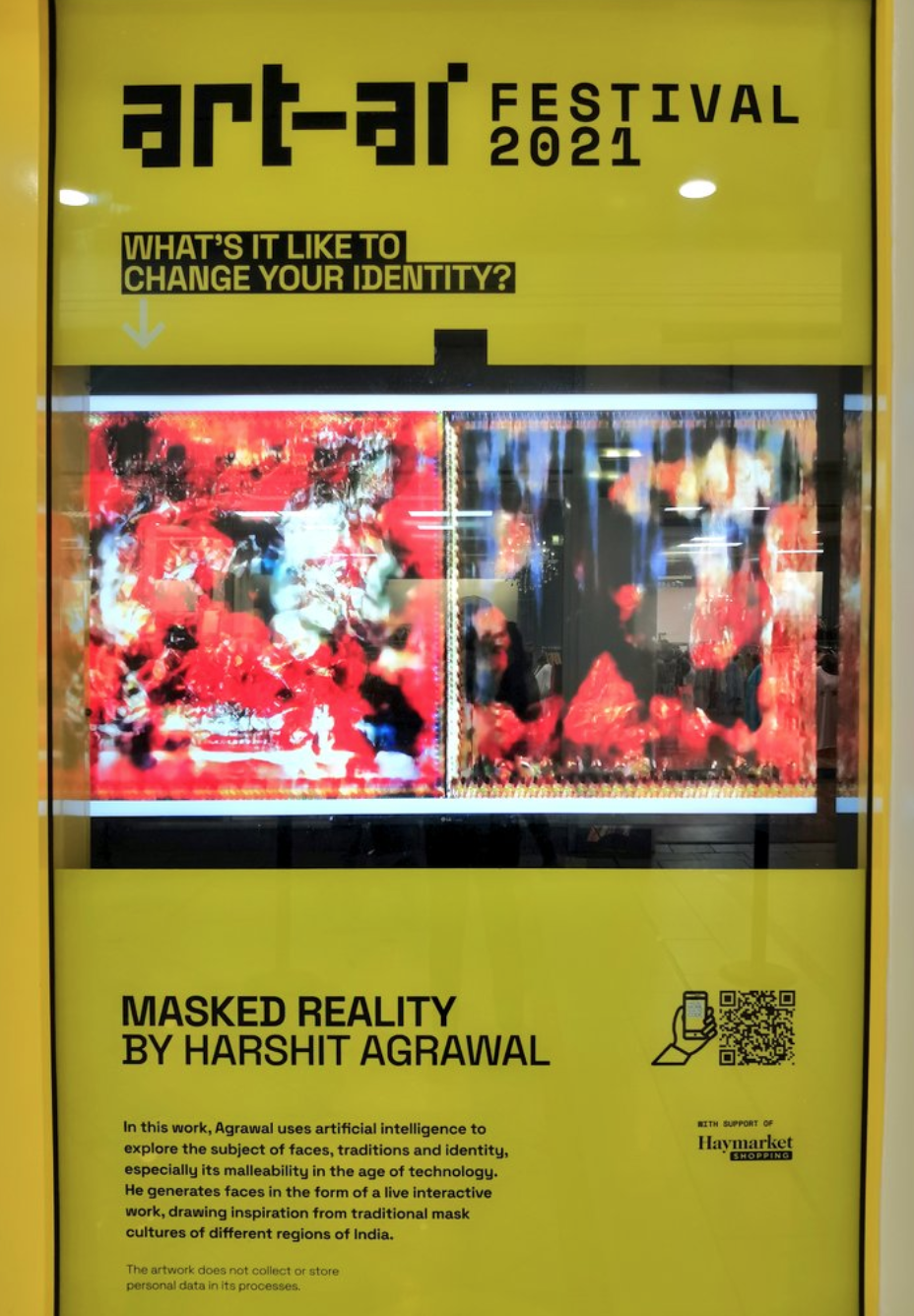 How would you describe the Masked Reality installation?

Masked Reality is an interactive AI based artwork which transforms the audience faces to face painting rituals of Southern Indian dance forms Theyyam and Kathakali simultaneously, visible on a screen they stand in front of. The work immerses the audience in a performance of identity exploration along the dimensions of tradition, gender (Theyyam is a male form, while Kathakali a female one) and caste (Theyyam was traditionally performed by lower strata of Indian society, while Kathakali was reserved for the upper strata or caste).

What inspired you to create it?

I am fascinated by masks and their use across cultures over centuries as a medium of disguise, change of identities, a means to engage with the world from completely new vantage points, in essence to transcend from the everyday ordinary to a different realm. I find AI’s promise to be similar to a large extent, that of being a medium to transcend into the post-human. AI allows a seamless transition and exploration of multiplicity of identities too, both through its ability to process large amounts of images (identities) and to transform images into something else instantly. I use these to create a narrative around identity explorations along dimensions of identity that continue to remain largely binary- gender, caste as an attempt to blur the binaries as people view themselves simultaneously in multiplicity. 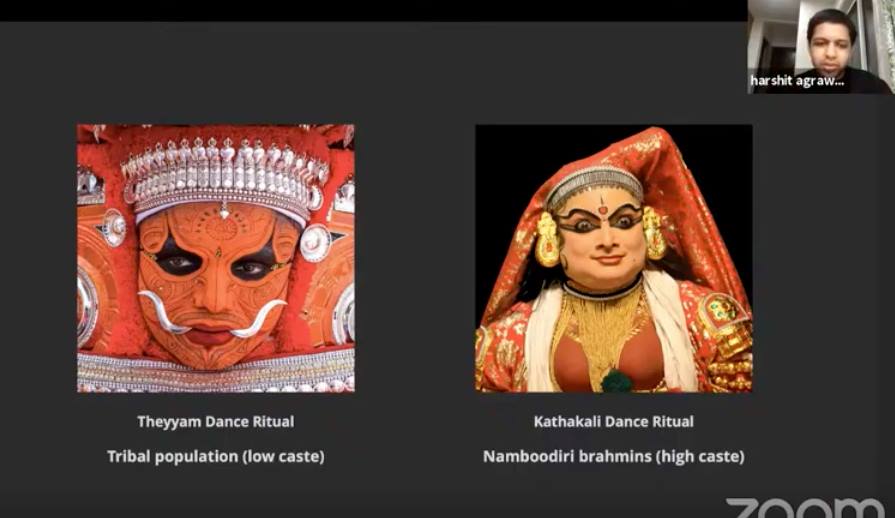 Tell us a little about your background as an artist?

I have a mixed background of art, design and technology, having studied design for my undergraduate at India’s leading technology institute (Indian Institute of Technology Guwahati) and then studying a Media, Arts and Sciences program at MIT Media Lab. I did 3 art residencies post my studies at Art Center Nabi (Korea), Museum of Tomorrow (Brazil) and X-Lab (Japan) which gave a large diverse view of technology based art across cultures. I have since been practicing based in India, bringing together India’s traditions through the lens of modern day AI, in an attempt to push forward our engagement with art through new technologies.

You were the only Indian artist among 7 International AI art pioneers in one of the world’s first AI art shows, how did it feel to make that step into something so new?

Very exciting! I have always felt and been in the pursuit of using technology as a means to explore new universes of creative expression and immersion. AI to me is unique in its ability to open up altogether new forms of art. Ones that are based on data thereby naturally lend themselves to a commentary on how we, as a society, collectively experience and express something. Additionally, as an artist working in today’s times, I feel work that engages with how technology affects our society is a highly relevant theme that seldom gets explored in non technology based works, and technology lends itself automatically to create works about itself.

How do you think AI has evolved in art since then?

It’s definitely grown in involvement. Wonderful work by people like the organisers of Art-AI Festival and Luba Elliott with such great curation and bringing AI arts to various international art and academic fora. I think its definitely got a lot of attention, deep thought and acceptance as a form of art. 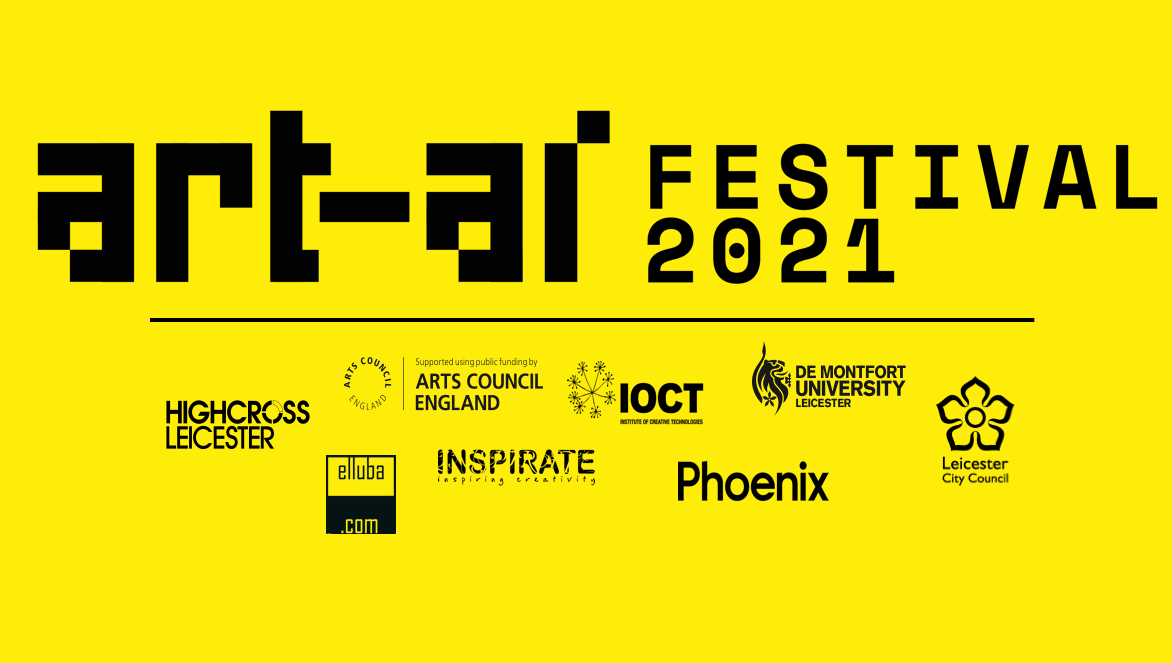 What else are you working on?

Lots of exciting projects! One of them around how people of India view gender – by collecting drawings of female and male representations by people of India and passing them through an AI to generate a spread of gender representations. The work is called Strange Genders and done in collaboration with an Indian collective called 64/1 comprising of 2 artists – Karthik Kalyanaraman and Raghava KK. Thinking about universal concepts and exploring them through the lens of visual data to comment on a data driven approach to the age old fundamental philosophical question – do universals exist?

What other artists should people look out for? 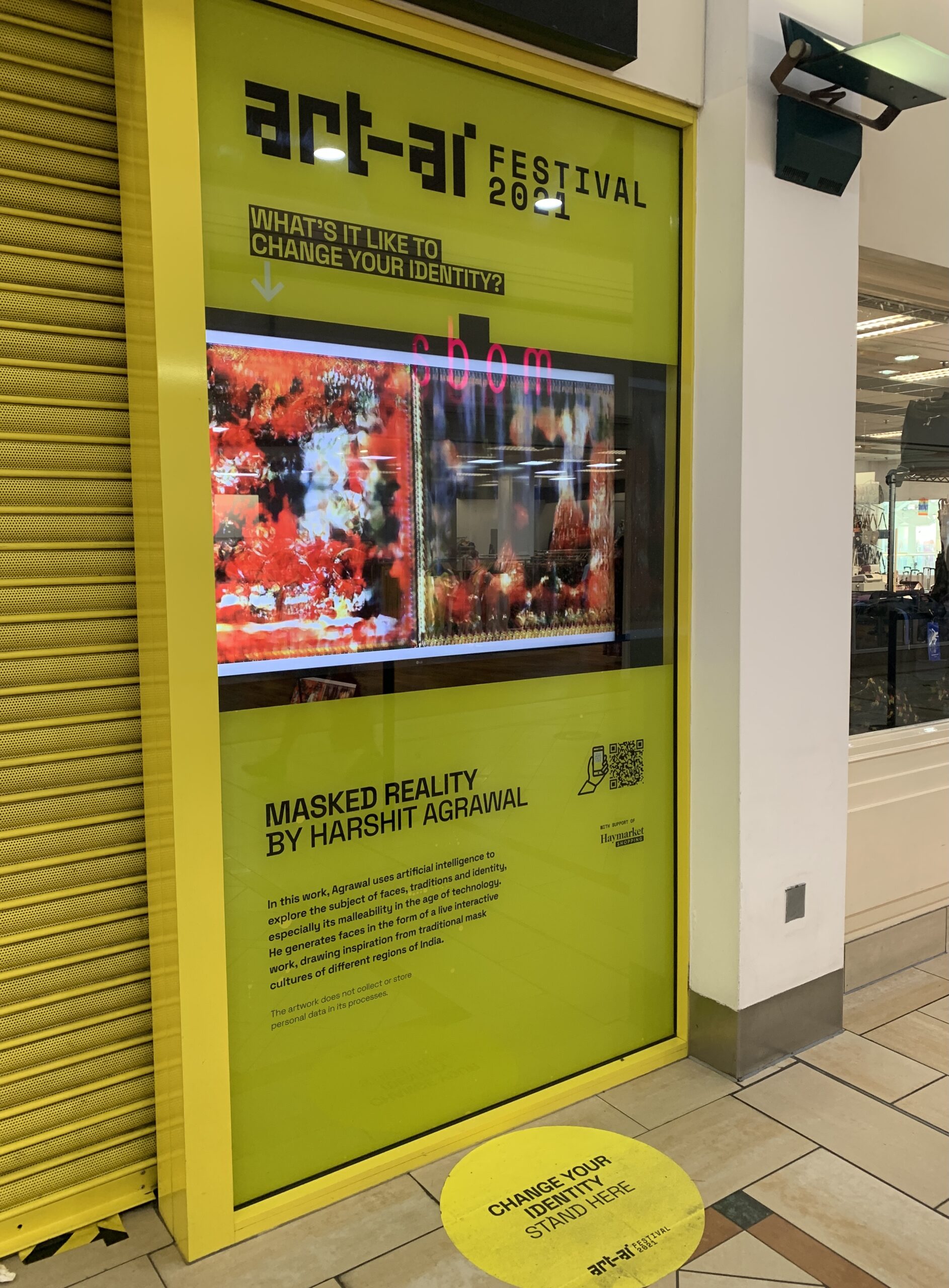 You can view Harshit’s Masked Reality in the Haymarket Shopping Centre until 2 August. You can find out more about Art-AI Festival on the festival website.