Bottle Rocket’s Christmas Comedy Special returns to Leicester for the tenth year and they’ve got one of our favourite comedians to headline the party. On Saturday 16 December the Y Theatre will throw its doors open to comedy fans for a right old festive knees up, headlined by the brilliant Seann Walsh. If you’re quick we’ve even got a pair of tickets to give away!

Team captain of Channel 4 and E4’s Virtually Famous and a regular on ITV’s Play To The Whistle, Seann Walsh has been described by the Evening Standard as “one of comedy’s hottest properties“  and as “one of the most entertaining observational comics on the block” by the Independent. However dishevelled he may be, the Foster’s Comedy Award has a keen observational mind and can spot the absurdity in everything converting it to perfectly delivered stand-up comedy. 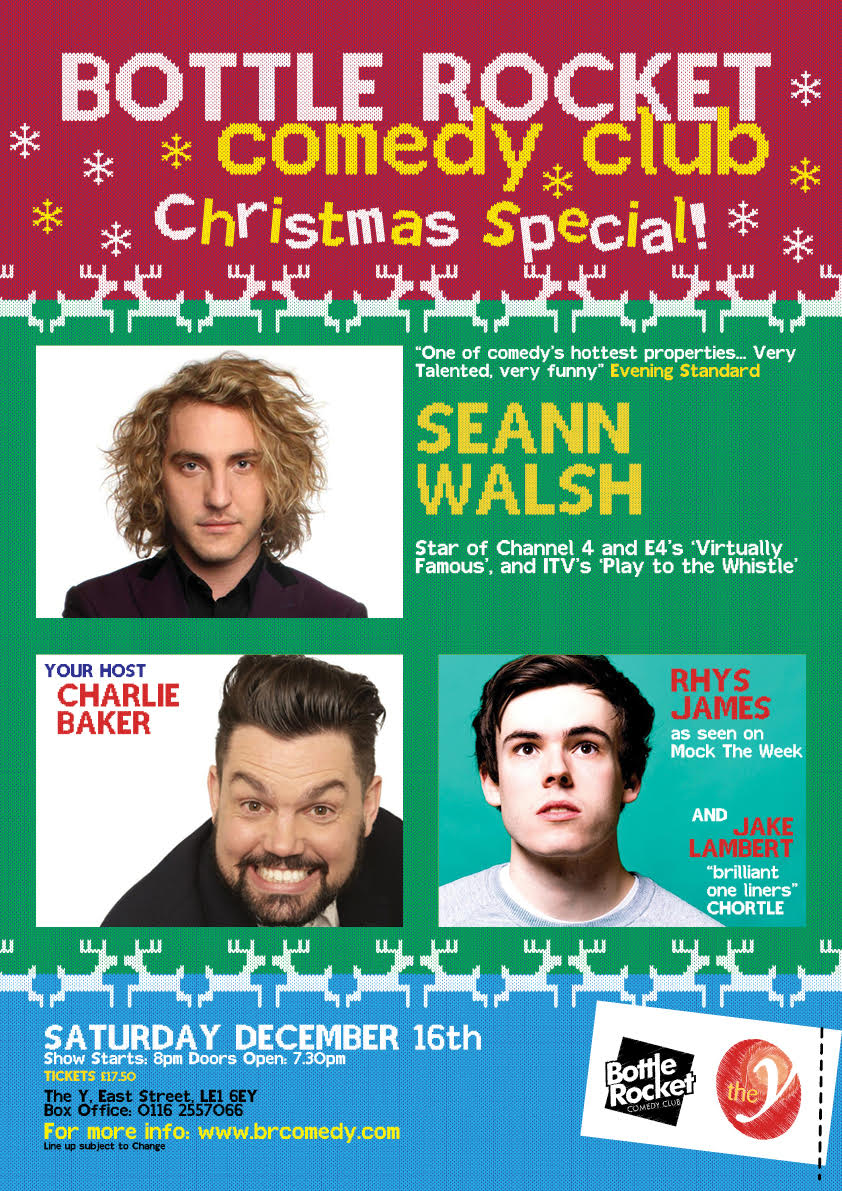 His observational humour covering hard hitting topics such as Vajazzling (or as he calls it “braille for slag”), the ups and downs of having a healthy girlfriend, arguments over DVD box sets and why on earth people ever give up bread, are sure to leave you in stitches.

The night which has become a firm fixture of the Christmas calendar and has been headlined over the years by stars such as Jason Manford, Sara Pascoe and Reginald D Hunter.

This year promises to continue the Bottle Rocket tradition of of bringing good cheer to the people of Leicester this Christmas season.

The last remaining tickets are on sale now. For more information and to book tickets visit the Y Theatre’s website.

WIN
Bottle Rocket have given us 1 pair of tickets to give away to the show on Saturday night. To enter all you need to do is fill in your name and details below and the winner will be chosen and contacted on Friday afternoon. The prize is 1 pair of unreserved balcony tickets.