Leicester’s Handmade Festival is back for 2018 and the first line-up announcement looks one of their best yet.

Heading the bill at the city centre festival in May 2018 will be indie rockers, Circa Waves, who played a sold out Leicester show earlier this year and whose hits include the massive ‘T-Shirt Weather’.

Joining Circa Waves on the bill will be the likes of Idles, whose debut album Brutalism was released this year to critical acclaim, the North East’s Little Comets, Dinosaur Pile-Up and the brilliant long-standing Welsh post-hardcore, Future of the Left.

There’s also space in the initial announcement for Leicester’s own Grace Petrie, who is currently on a sold out UK tour, as well as more acoustic goodness from Get Cape Wear Cape Fly. 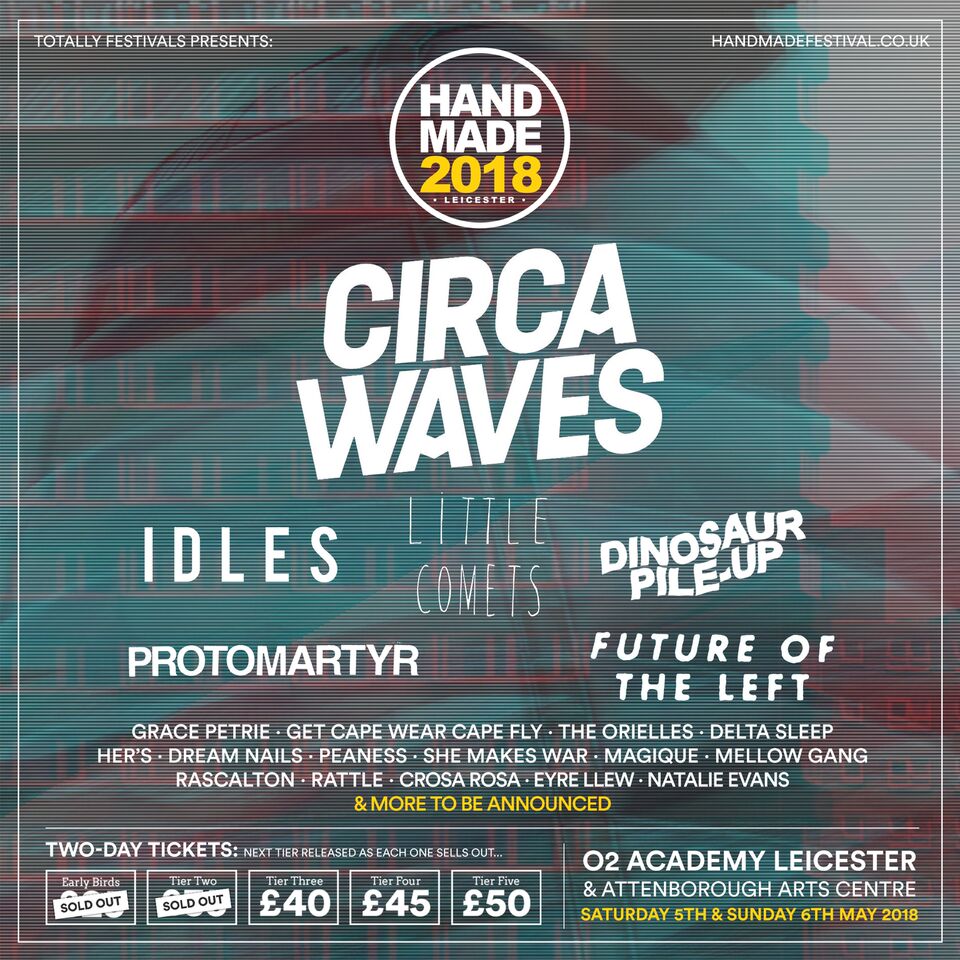 With another headliner and whole host more acts to come it’s shaping up to be a great weekend!

Handmade Festival take places at Leicester’s O2 Academy on Saturday 5th and Sunday 6th May 2018. Tier 1 and Tier 2 tickets are now sold out but you can buy Tier 3 tickets priced at £40 for the weekend right here.