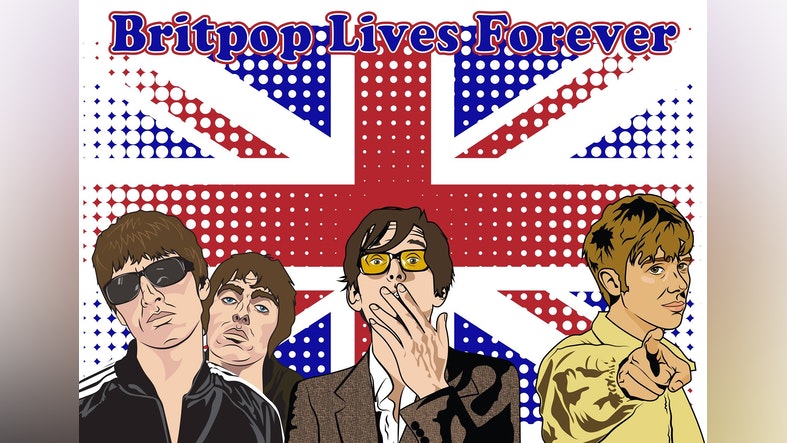 Enjoy a Britpop filled Bank Holiday Monday as 2Funky Street Kitchen hosts an afternoon of Britpop Lives Forever. Running from 1pm – 6pm enjoy your favourite anthems from Oasis, Blur, Pulp and many more. Tables are available to book and include a drinks package. TICKETS.

Live music weekends at The Soundhouse

The brilliant beer garden at The Soundhouse continues to be the place to be for live music in the city centre. Their live music weekends continue this weekend and tables are available to purchase with drinks packages included. Enjoy table service whilst enjoying some great acts on the outdoor stage. TICKETS.

Live music at The Griffin Inn 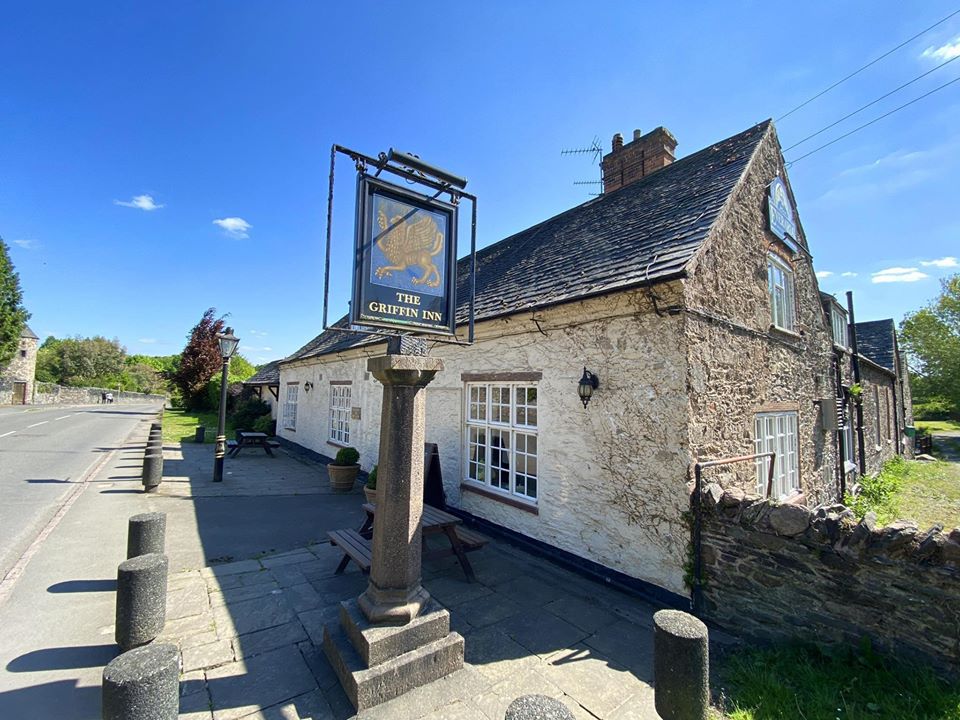 Live music returns to the garden at The Griffin Inn in Swithland this weekend. On Friday there’s a rock n roll country feel to things with Nevada Rockets, then on Saturday they’re stripping it back with some jazz and swing. Enjoy the live music free of charge and have a feasting off their Yard Kitchen menu of BBQ bites.

Ever watched a TV programme or film and wondered about the music? Well Michael Tedstone is based out of Phoenix Square in Leicester and works on a range of TV and film projects as a composer. He’s recently finished work on a brand new album, which is due out very soon and we caught up with him to find out more about it. 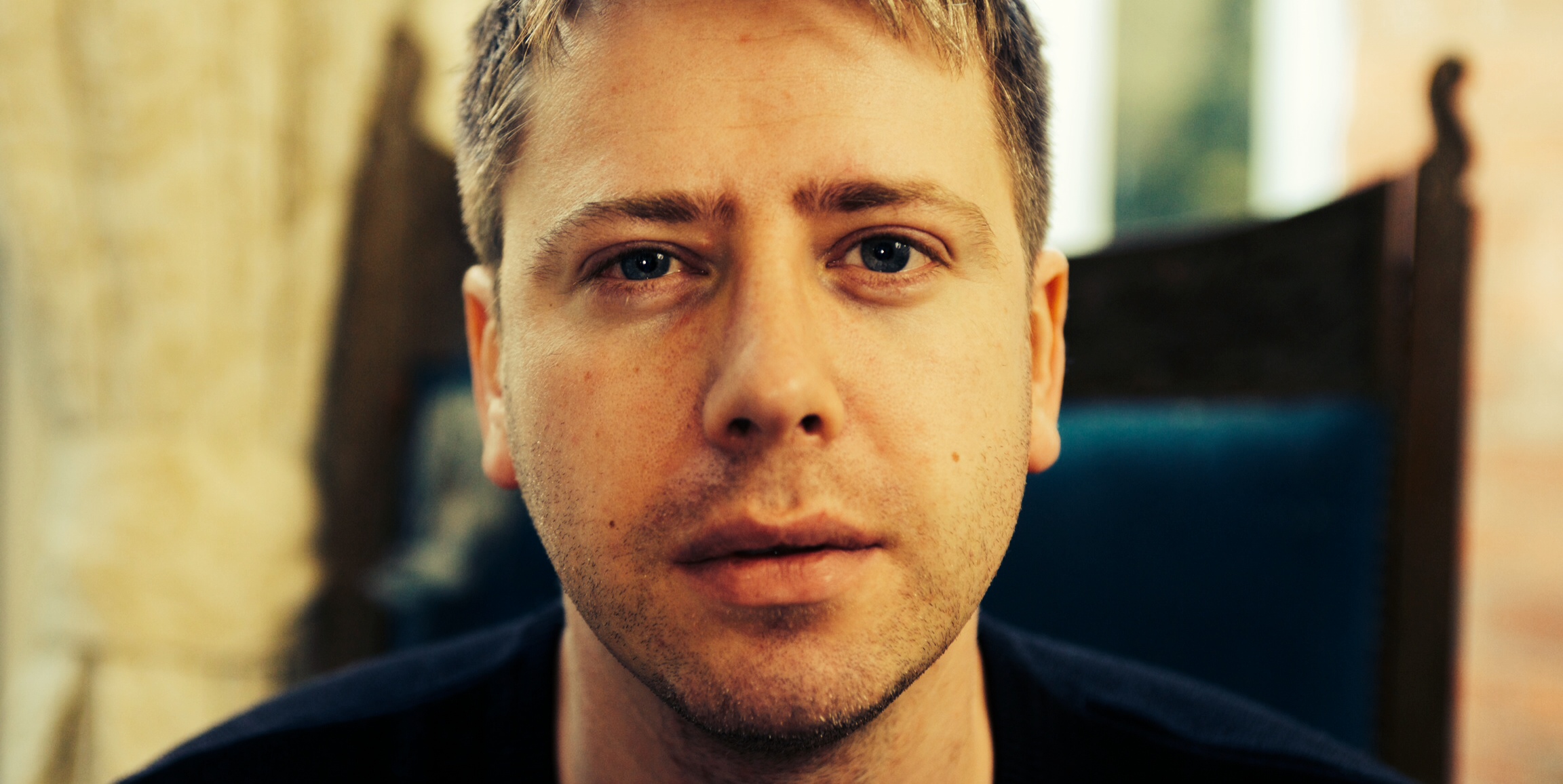 Tell us a little about your background in music…

I started off as a songwriter for BigLife Publishing in the 2000’s. I had done some music for the Royal Shakespeare Company with my sister and Big Life signed us both afterwards. I moved more in to the sync side of things after a few years at BigLife – music for media, adverts and TV. I’ve been doing that ever since. I mostly now write music for TV programmes – and I try to work with as many local musicians as possible. My studio is at Phoenix Square, just round the corner from Curve Theatre. I’m originally from Scotland, but I’ve moved around a lot and ended up here in Leicester.

How did the pandemic affect your creative output?

The pandemic has been really unsettling. I’ve been able to move a lot of my gear home and travel between there and my studio in town but it’s really hard to be consistently productive. I’ve had it better than a lot of people – my wife and I were lucky enough to have twins in December so it’s been great for me to spend time with them. But it is hard to get work done with twins in the next room. Composers and songwriters are really good at showing their best side all the time – but I think we should be better at saying ‘I’m struggling’ and admit when we’re feeling low and not getting enough work done. I interact with other composers online and 99% of the posts are about how productive everyone is being. I certainly don’t feel as productive. 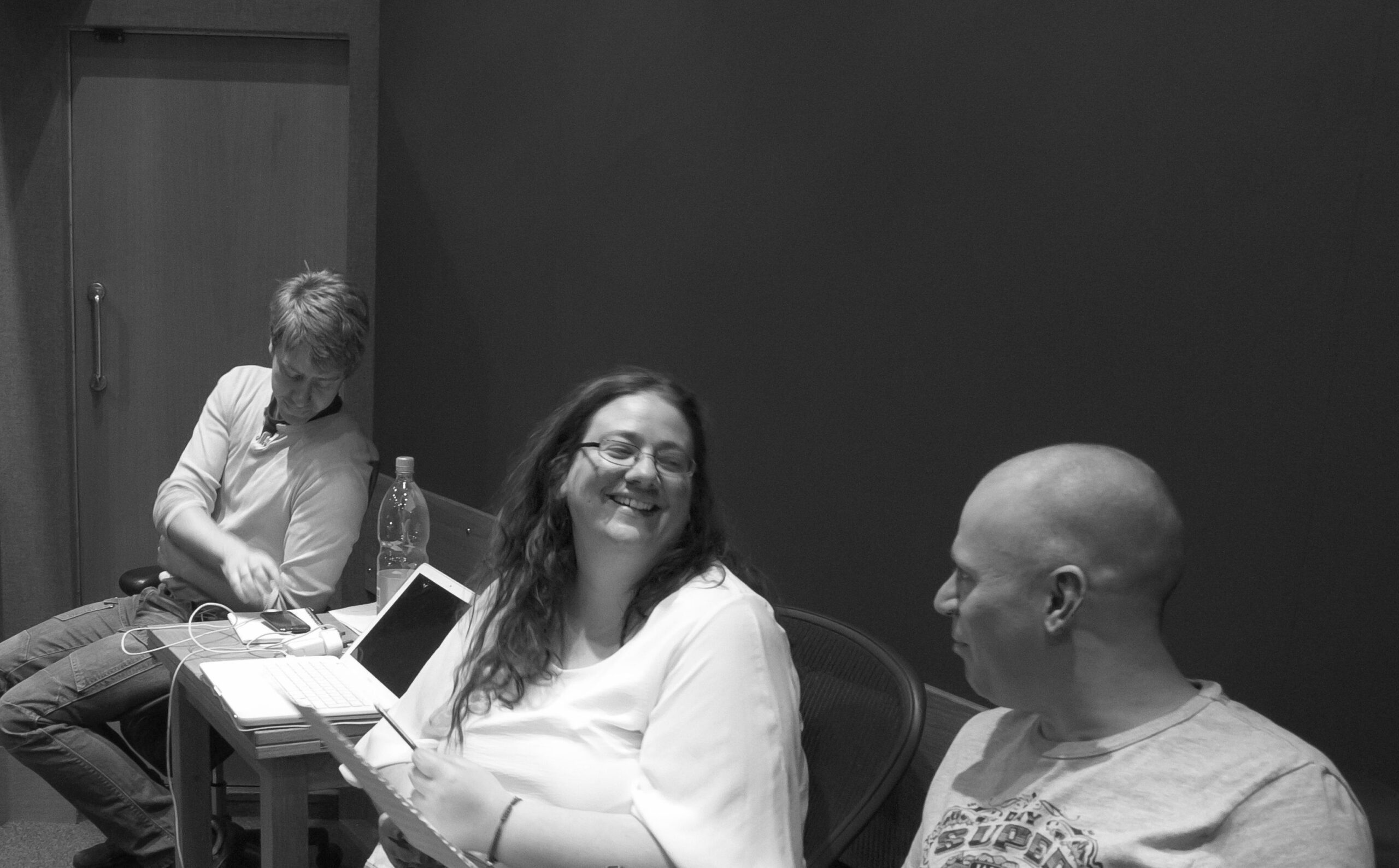 You’ve got a new album coming out soon, tell us a little more of what we can expect from it?

My new album is Middle Eastern music with a Western aesthetic. So there’s influences from Middle Eastern rhythms and melodies – but it’s presented in a way that makes it more familiar sounding to people that haven’t heard it before. It’s written for TV, for use in travel shows, adventure programs, cookery shows. I travelled down to Abbey Road and recorded live strings there which was a really fantastic experience. Other live instruments in there are Ney Flutes, percussion and Ouds which are guitar like instruments. Getting musicians in really adds to the authenticity and the string ensemble sounds incredible! It’s to be released in August by Audio Network.

What has been your career highlight so far?

Highlights have been writing for some Great British Bake Off trailers shown during the Men’s Wimbledon final – Writing music for a projection mapping light and sound festival in Dubai and recording strings for my latest album at Abbey Road.

What music have you been listening to over lockdown?

I’m really bad at listening to specific bands or albums. I just go on Spotify and choose whatever daily mix I’m feeling. Especially with twins in the house a lot of the time they dictate what’s being played. It’s been really eclectic – jumping between ‘The Band’ with Robbie Robertson, Scary Pockets – a funk youtube covers band that are fantastic and Glass Animals. 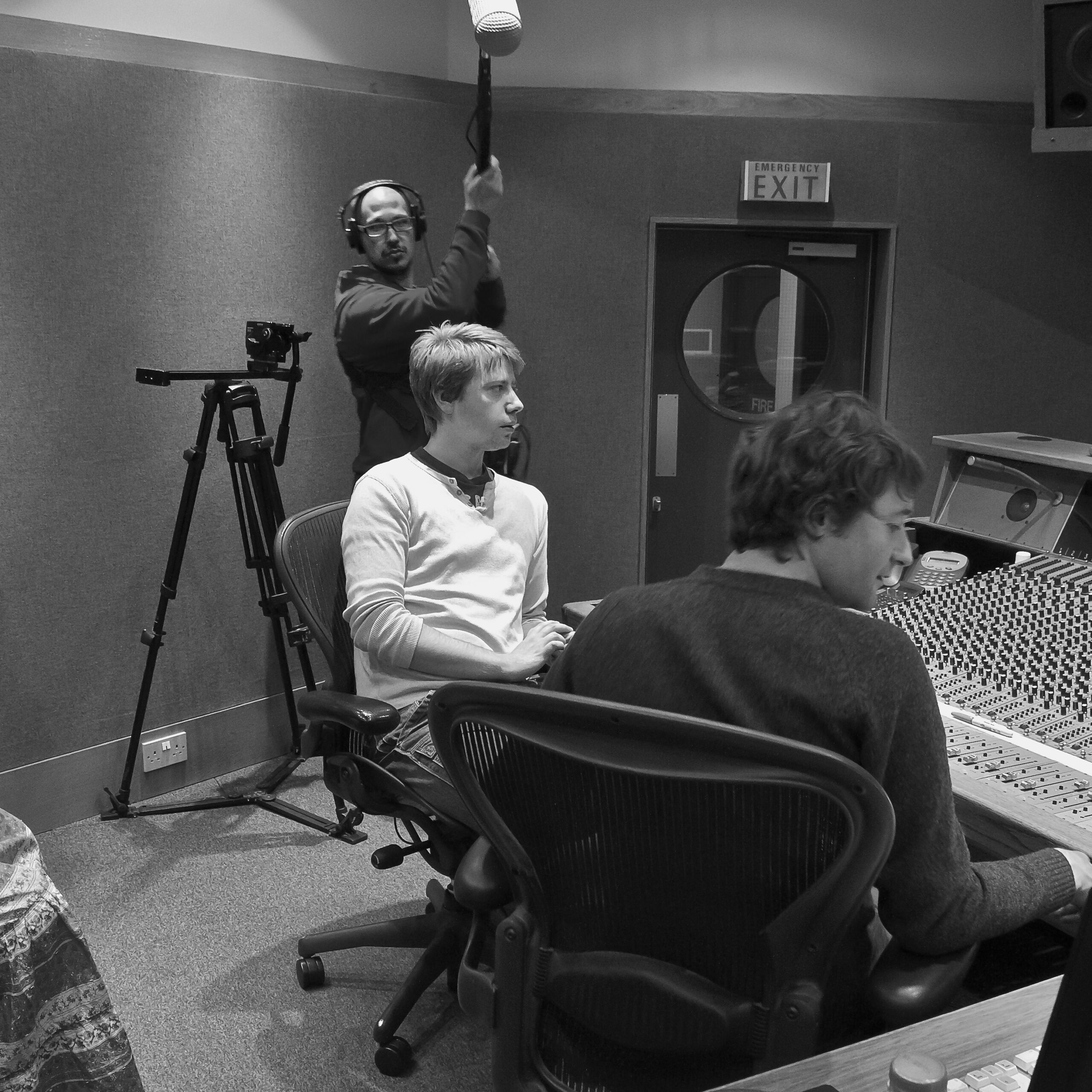 Leicester has so many amazing musicians. I’ve worked quite a bit with Mark Elliot who is just a fantastic musician and a ball of energy too. Brilliant vocals and guitar playing. Michael Vickers is another local musician with so much talent. His song-writing is great and he does such an amazing job of drawing on classic bands and songs for inspiration but carving his own sound out of them. Sam Manville is super talented too, both as a musician and as a producer. He was doing lots of more intimate gigs just before lockdown and I kept missing them because of the twins and work commitments!

What do you think of Leicester as a city to be a creative in?

Leicester punches well above it’s weight. It’s really not a very big city but there’s so much great stuff being created here. The LCB and Phoenix square have so many cool companies that are producing music – media – print – art on an International stage. I love some of the architecture here, a lot of it reminds me of Glasgow where I’m from. Great bars and coffee shops – and festivals like Bring the Paint which treats the city like a big canvas. I feel really lucky to be here.

When is the album out?

The album is out in the next couple of weeks. You’ll be able to listen to it on the Audio Network website and at some point it’ll probably make its way on to Spotify and various Youtube channels. It’s mainly for media but it’d be great if people enjoyed listening to it just for what it is. 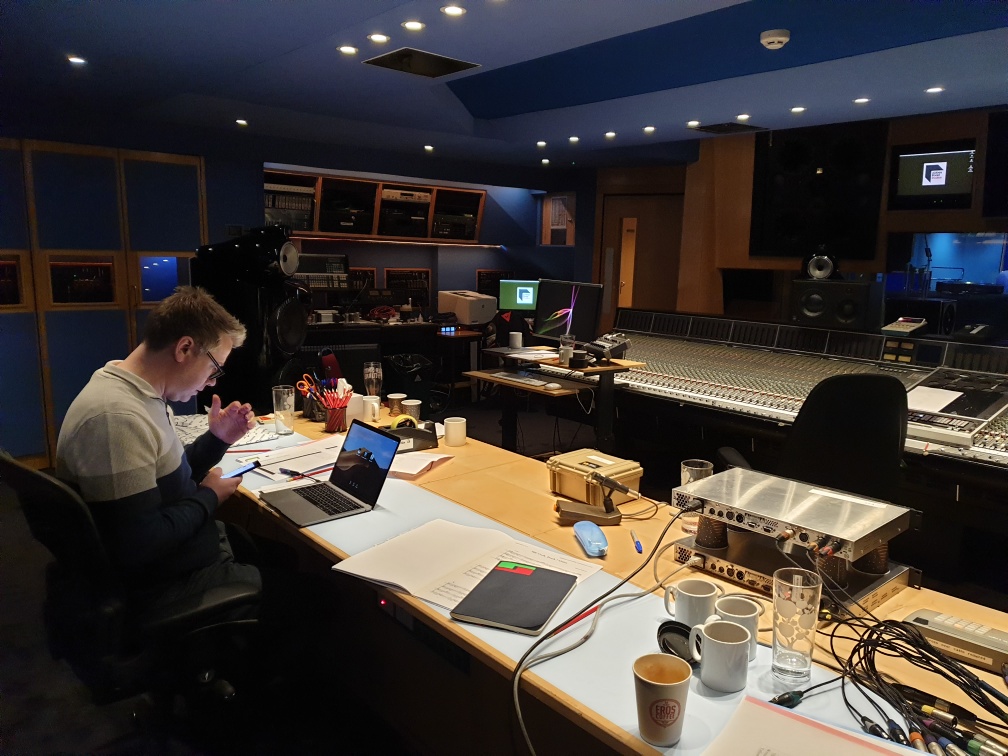 You can find out more on www.manikemusic.com and my artist page on Audio Network – https://www.audionetwork.com/browse/m/composer/michael-tedstone_704

Enjoy this week’s best of Leicester playlist! We may be out of lockdown but we’ll still be pulling together some of our favourites as well as recommendations to highlight some top local talent.