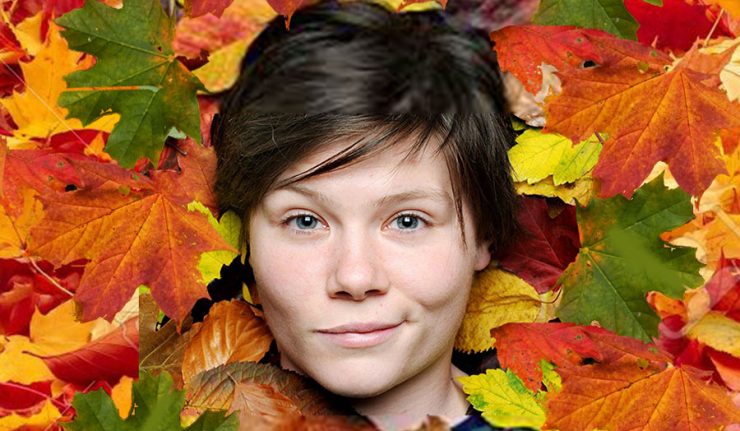 Leicester’s own folk songstress, Grace Petrie, is back with a new album, which is out now (released Friday 23 June) and we couldn’t wait to give it a listen and pull out some of our favourite lyric choices from the recording.

A long time favourite of ours at Cool As, Grace Petrie’s past albums, Tell Me Story and Mark My Words, provided many a car journey soundtrack or evening in sing a longs with my old housemate back in the day, so I was intrigued to see what the new material would bring.

If you aren’t familiar with Grace Petrie, she sits comfortably within the protest singer and massive leftie category, so with the state of the world at the moment we were expecting some pretty bold political statements on the album and the first track, Make America Hate Again, didn’t disappoint.

Oh say, can you see
The same horrorshow as me? It’s the land of liberty For straight white men Bring your tired, bring your poor Huddled masses here no more We put a fascist on the door And made America hate again

But there’s more to Grace Petrie than political statements. In fact it’s her other songwriting style; the heartwarming, relatable, everyday relationship centred lyrics that draw us in every time. A perfect example of this comes in the album title track with Heart First Aid Kit being lifted directly from the album’s third song, Coldwaterproofjacket. It’s not complex, it’s not pretentious, it’s just bloody lovely.

I’ll be your AA card Last train home Pocket change when you need a payphone Whenever you need me Your overdraft, no you can’t exceed me When you’re breaking You can’t take it Get me out like a heart first aid kit

Petrie’s at times self deprecating lyrics are something that have stood out in past recordings and humanise a lot of what’s being sung about. Because, let’s be honest, sometimes it isn’t easy to admit you’re the one in the wrong in a relationship! Your Good Heart is Wasted On Me is likely to be favourite with those who enjoyed Grace’s past recordings as it throws us back to everything we loved about the 2010 and 2011 albums.

You wrote a script and you built me a pedestal It doesn’t fit and you know that it never will So give it up girl, before you tear yourself apart You’re tied in knots and you’re bent in double for me Well I’m not worth the trouble honey Give it up girl, cos your good heart is wasted on me

Not into romance or politics? There’s some humour thrown in for good measure too with The Vegan Song and Nobody Know That I’m A Fraud, in which Grace points the finger back on herself and the outspoken leftie reputation that many associate her with.

I don’t watch PMQs as often as you might expect I only live-tweet Question Time for comedic effect I’ve never read Virginia Woolf, or any Bertolt Brecht And nobody knows that I’m a fraud

Fraud or not, the new album has a little of everything to please any existing fan of Grace Petrie and plenty to draw in those that are new to her material. She’s shared a stage with the likes of Billy Bragg, Frank Turner, Beans on Toast, Robin Ince and many more, she’s played Glastonbury, Blissfields, Latitude and we’re lucky enough to be in Leicester where you can often find her playing in intimate venues around town (keep your eye on Grace’s Facebook page for all live info).

The new album gets a big thumbs up from us. An ideal summer garden soundtrack for easy listening with a little politics, a drop of romance, a touch of humour and a few life lessons along the way, summed up by one of our favourite lyrics off the album…

Heart First Aid Kit is out now and available from www.gracepetrie.com/music. The digital album is just £10 with the CD priced at £12, or you can take a sneak listen on the website.