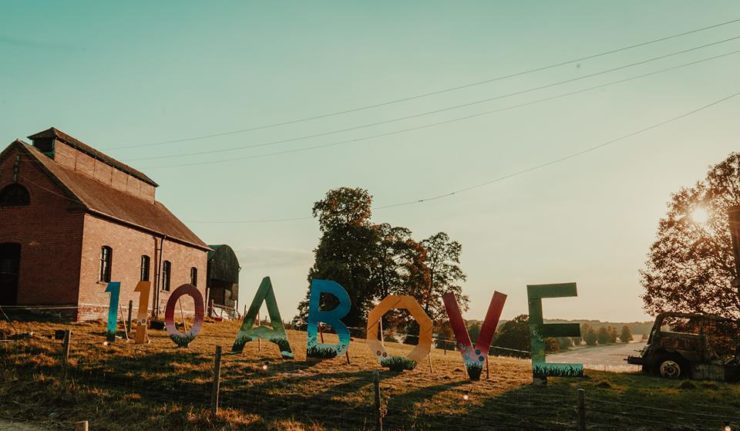 Well… what a weekend we had at 110 Above music festival. Widely regarded as one of the UK festival scene’s best kept secrets, we went along to check out the festival, which is held on a Leicestershire farm.

They successfully created a fun, intimate and friendly festival, packed with a great line up of established and up and coming artists.

We arrived on Thursday night to find a brilliant buzz about the place and watched the headliners kick it off on the main stage, The Commune. This was a half covered and half un-covered venue made up of two barns that were decorated in cool bunting, small disco balls and hanging inflatables that really set the fun tone of the weekend. 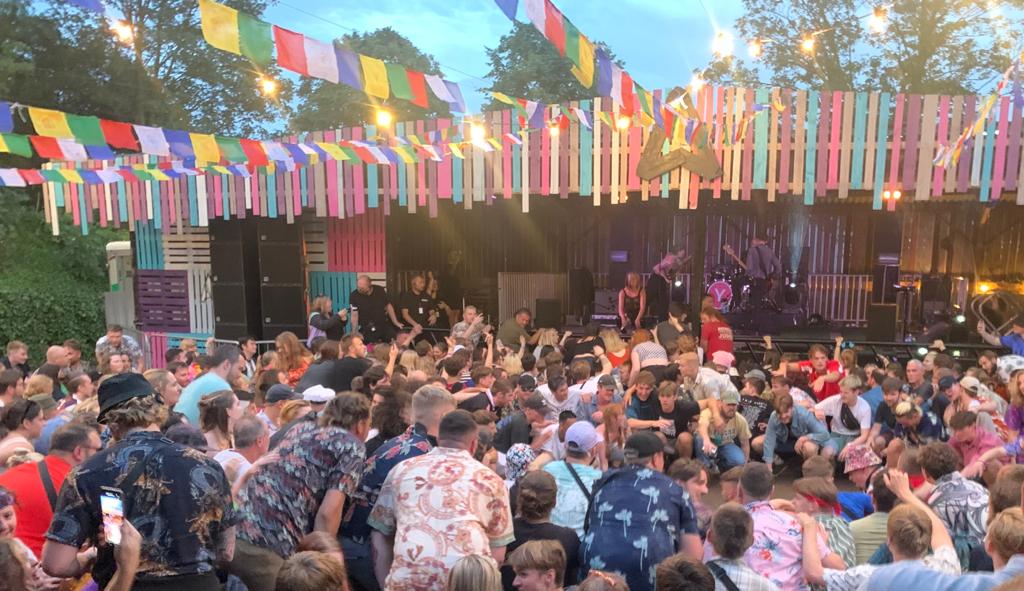 The other stages included the Elizabeth stage, otherwise known as the flowery stage, which was located outside on a hillside looking over the beautiful Leicestershire countryside. The smaller stages included the Gopsall Inn stage, which was a barn set up like your old local pub and had a cosy, homely and relaxed feel to it. Finally, there was the Old Town Hall Stage, located in a beautiful open building and the perfect venue for a small, intimate gig. A wooden seating area sat back from the building allowed for relaxed viewing whilst also enjoying the buzz and atmosphere of the festival, a really enjoyable place to sit and watch the music and also to watch everyone go by.

Even though there were good vibes throughout the entire festival on every stage, the big headliners were mostly playing on the Commune and Elizabeth stages. For me The Commune stage was the place to be at night especially to see the big headline bands, whether you were stood back in the bar or near the front in the mosh pit, the atmosphere was full of energy. The Elizabeth stage (which was a new stage for this year’s festival) was the place to be for sitting in the sun during the daytime (apart from during the occasional shower). The stage, decorated in flowers, was one of the best places to just sit and enjoy some of the more chilled acts at the festival, taking in the hillside views and watching the sun go down. 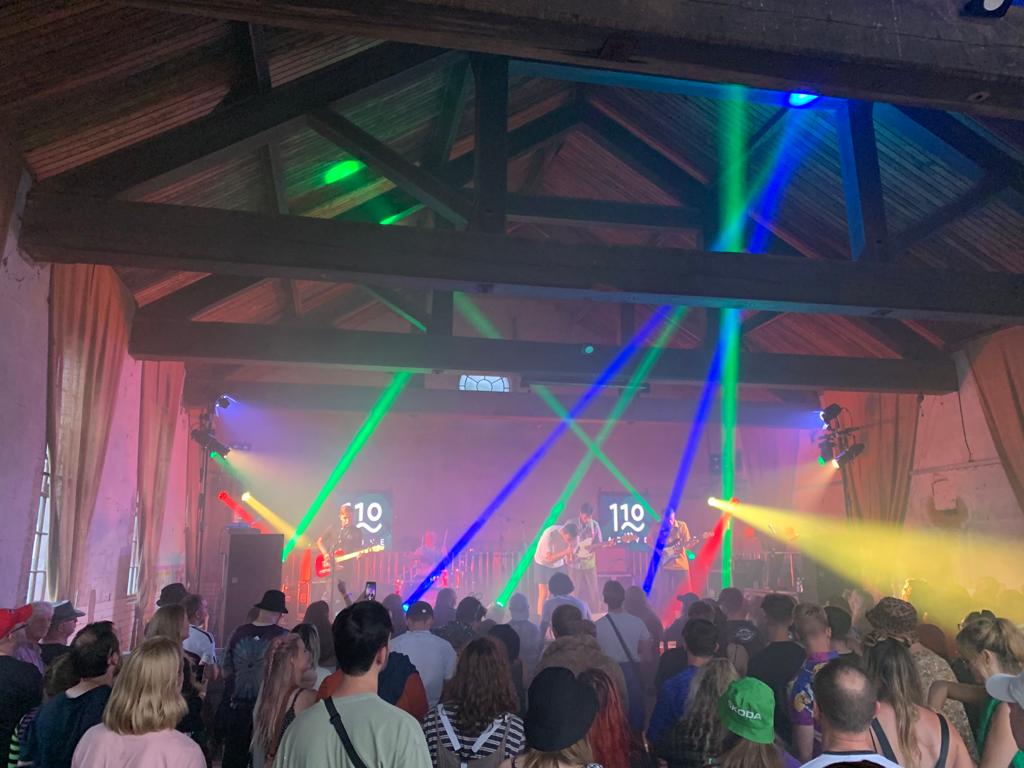 Our music highlights included the incredible Amber Run who headlined on the main stage for the first night of the festival, and the crowd favourite Sundara Karma, who closed out the main stage on Sunday night. But, I also want to give a big shout out to Yonaka, Vistas and Eliza and the Bear for bringing high energy performances, which lit up the audience. The best up and coming acts of the weekend, and the ones to watch over the next few years, include, The Howl and The Hum, Paris Youth Foundation and Larkins. 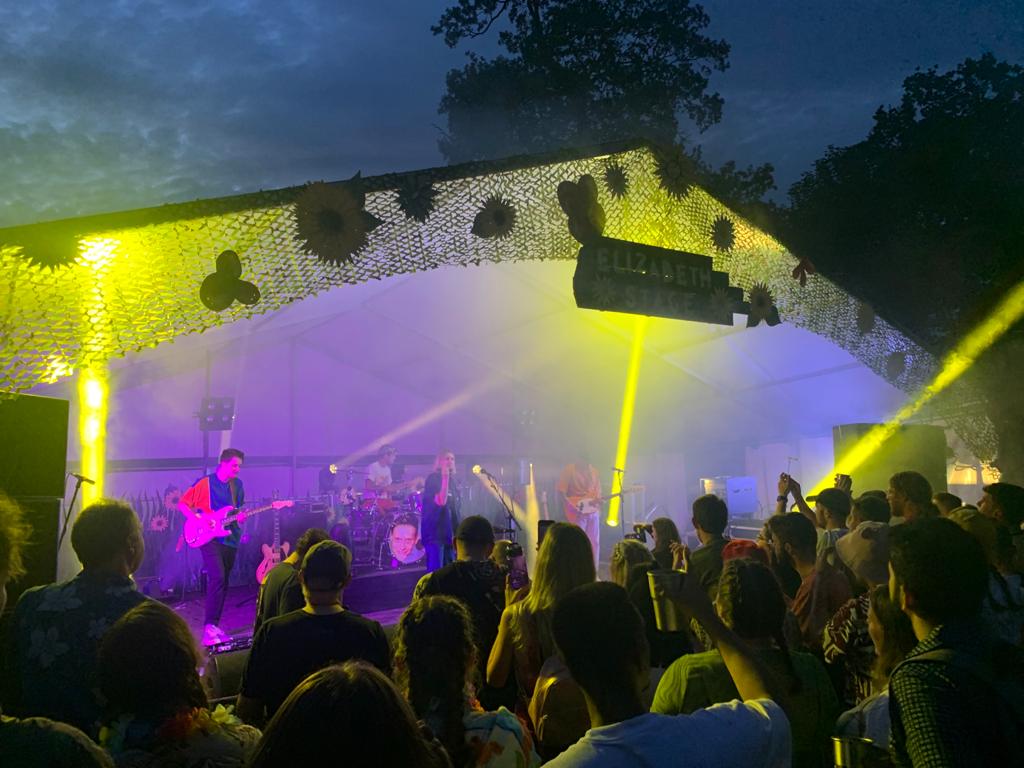 We also really enjoyed sampling some great street food including crispy pork tacos, pulled hog roast sandwiches drowned in gravy, and a delicious sweet Thai curry, all washed down with great beer served in reusable metal cups. To our surprise the entertainment did not just consist of musicians, but there were also some very talented fire jugglers and circus acts in the evenings when we fancied a break from the music. 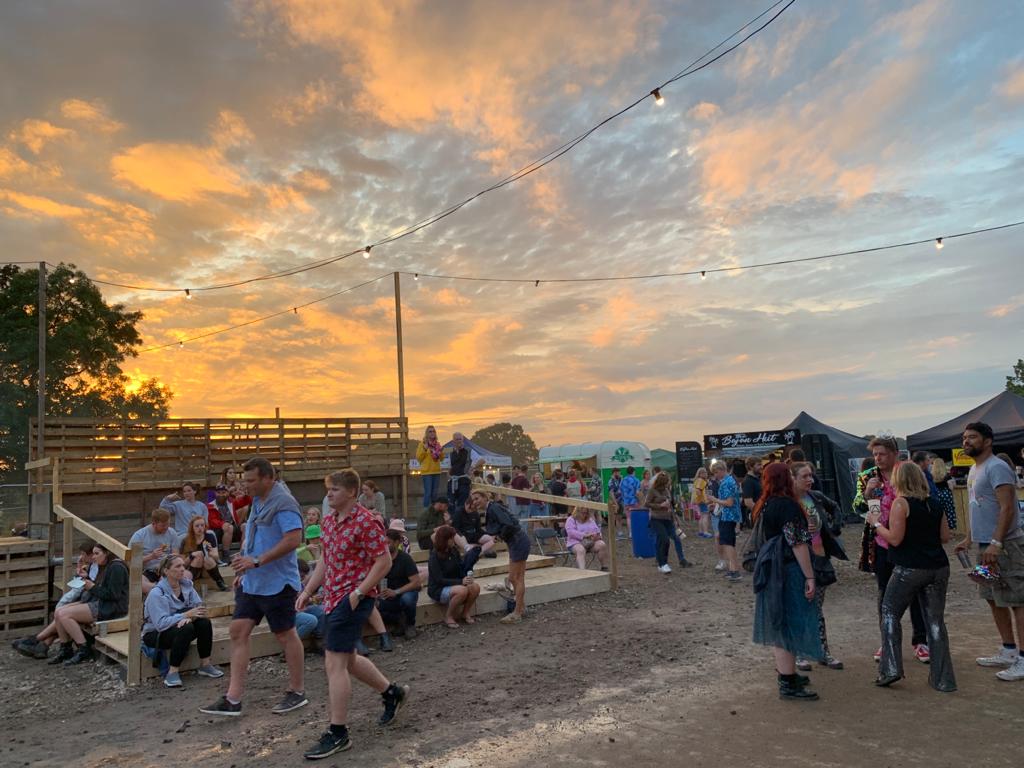 Overall, we would definitely recommend giving this music festival a try. For such a small festival it was able to create a great vibe with interesting venues and a strong line up. We will definitely be back next year and whilst it feels like a privilege to be part of a small festival, we would really like, and hope, to see the festival grow over the coming years, which we’re sure it will after such a successful 2021.

110 Above takes place every August on Gopsall Farm, Leicestershire. Organisers are also hosting a small, more intimate “Inn Sessions” music event from 17 – 19 September, with acts including The Magic Gang. Tickets are on sale from the 110 Above website.