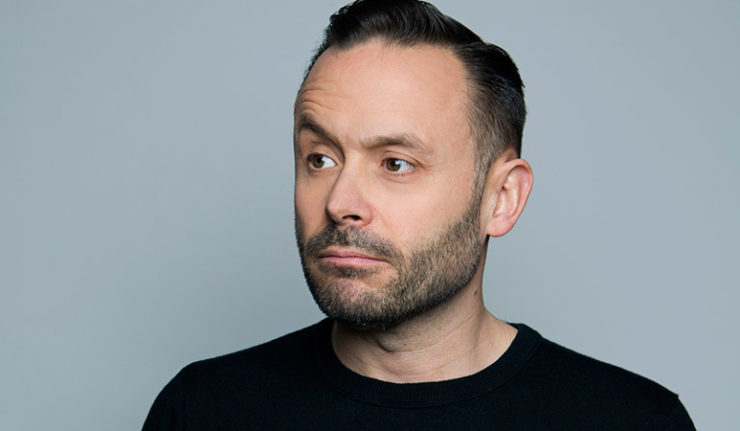 Here’s a must see for your Comedy Festival diary as star of The Mash Report, Geoff Norcott, comes to The Cookie on Monday 19 February.

‘An absolute tonic’
**** The Telegraph

The world is changing at a dizzying rate. Geoff is trying to hold modern views but worries that tradition is becoming a dirty word.  Meanwhile, in this divisive political climate, a Conservative and Leave-voting comedian is certainly a rare breed.

Geoff is happy to pick fights with the liberal choir on subjects including identity politics and Europe and wrestle with the idea of toxic masculinity.  However, in the spirit of equality, he’s also not averse to the odd dig at his own side (‘An equal opportunities satirist’ says the Evening Standard).

As a satirical comic, Geoff has written for Channel 4’s Alternative Election Night, featured as a guest on Question Time (BBC One), Daily Politics (BBC Two), and supported Katherine Ryan on her UK tour.  Geoff is also a regular on BBC Radio with appearances on The Now Show, Breaking the News, the Today programme and his own forthcoming Radio 4 stand-up special.  Due to popular demand, extra performances were added in for Geoff’s Edinburgh Fringe run for a second year in a row and he also enjoyed multiple sell out dates on last year’s national tour.

He’s a former nominee for Leicester Comedy Festival’s Best New Show, and now Geoff Norcott is one of the most sought-after writers on the circuit. Even more impressive, Geoff even received an operational services medal for his five tours of forward positions during the Afghanistan conflict.

A right laugh…from the hitherto little known loveable end of the conservative
spectrum.’
The Guardian

Don’t miss him at The Cookie. Tickets are £8 and on sale now.