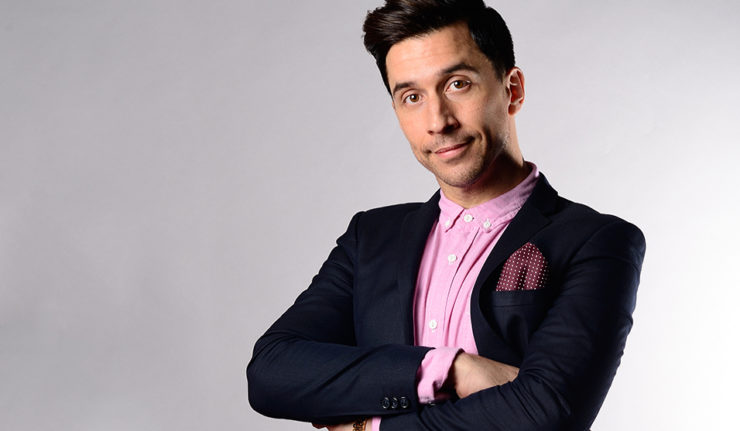 Leicester Comedy Festival is almost upon us and this year there’s an extra special charity show as Comic Relief Live will be visiting the Y Theatre on Friday 23rd February for a one-off show. They’ll be introducing the very best up and coming comedians from around the country and it will be hosted by Russell Kane.

This exclusive gig will introduce Festival goers to the comedy stars of the future. And the best bit? All profits from the event will be spent by Comic Relief to help the people who really need it most, both here in the UK and across the world.

*In this exclusive gig, Russell will introduce the following:

Comic Relief Live host Russell Kane commented, “I can’t wait to share the stage and introduce a host of exciting, talented and hilarious comedians to the Comic Relief Live audience at the Leicester Comedy Festival.

“Comic Relief has always been about making you laugh for a good cause, and it’s also a great chance for the festival goers to see first-hand the freshest comedy talent there is!

“By buying a ticket for Comic Relief Live and being involved in this unique and exclusive gig, you’ll be making a difference, so what’s stopping you?”

Tickets can be bought directly from www.comedy-festival.co.uk or from The Y’s box office by calling 0116 255 7066. At least £5 per ticket will go to Comic Relief to help people around the world, as well as here in the UK.

*Please note that the line-up is subject to change.