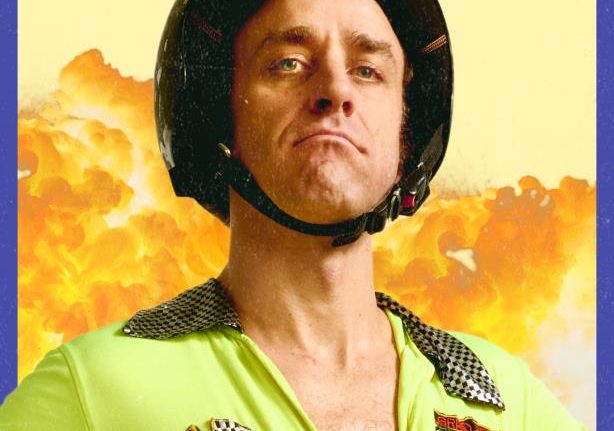 “An effortless, remarkable piece of clownery… contains the funniest moment I have seen all Fringe.”  (The Mumble)

Nathan Lang (born Nathan Godkin in Melbourne) played Pinhead on Australian soap Neighbours (1998-2000), as well as guest parts on many Aussie TV shows, before relocating to the UK. In 2009 he reunited with Neighbours star Mark Little (Joe Mangel) in a London fringe theatre production of Cosi. In clowning he has trained with John Wright, Spymonkey, Doctor Brown and Nola Rae. He is also highly skilled in stand-up, sketch, improvisation and Shakespeare.

Nathan is the host of London’s beloved alternative comedy night Lost Cabaret, half of sketch comedy duo Jon & Nath (Jon & Nath Like To Party also at Leicester Comedy Festival), and stage/screen actor from Australia to the UK.

He will soon be seen in Yorgos Lanthimos’ (The Lobster) highly anticipated feature film The Favourite (2018) with none other than Olivia Colman, Rachel Weisz and Emma Stone.

This is his debut solo show and it premiered to huge acclaim at Edinburgh Fringe 2017. Don’t miss out when it comes to Leicester.

“A hilariously credible creation”  (Time Out)

“His eyes gleam with an absorbing mischief”  (The Stage)

Nathan will be at Just The Tonic at Brewdog at 5pm on Sunday 11 February. Tickets are £5 in advance or PWYW.