Notting Hill Returns to the Big Screen for Valentine’s Screening 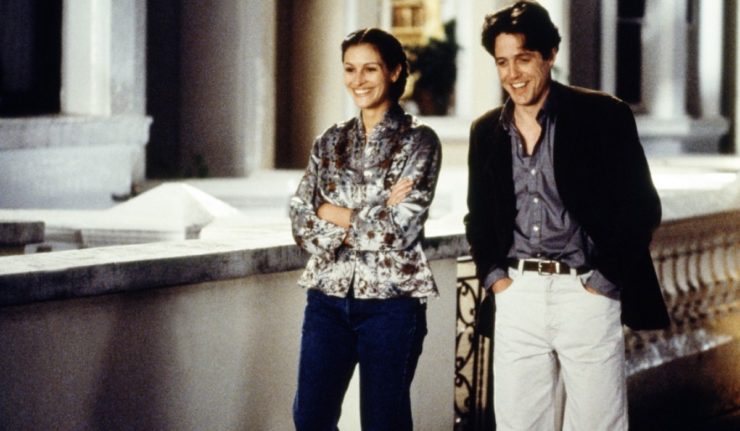 One of our absolutely favourite rom-coms, Notting Hill, is returning to the big screen for a one-off screening at Vue this Valentine’s Day.

The classic film starring Julia Roberts and Hugh Grant turns twenty years old this year (How did that happen?!), and to celebrate, it is returning to the big screen for one night only.

You all know the story, William Thacker (Hugh Grant) is the owner of a London book shop, whose humdrum existence is thrown into romantic turmoil when Hollywood star Anna Scott (Julia Roberts) appears in his shop. A chance encounter soon blossoms into a full blown love affair.

Johnny Carr, Alternative Content Manager at Vue UK and Ireland, said: “Notting Hill was one of the highest grossing films of 1999 and this 20th anniversary screening is sure to bring a wave of nostalgia to anyone who was around for the original, and introduce a new romantic comedy favourite to those who weren’t.”

Notting Hill will be screened in Vue Leicester at 7pm on Thursday 14 February. Back row tickets (amongst others) can be booked at www.myvue.com.