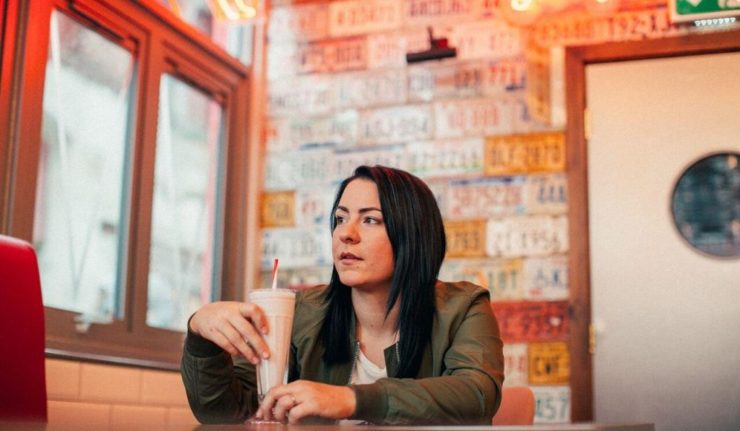 Lucy Spraggan’s come a long way since she auditioned for X Factor back in 2012, wowing the judges with her own rendition of Last Night. Having chosen to leave the competition during the live shows due to illness, Lucy went on to become a major success in her own right and has now racked up an impressive 4 album releases. Her unique blend of folk pop and hip hop has built her an army of followers, which has continued to snowball through her festival performances at the likes of Glastonbury and Isle of Wight.

Check out one of our favourite tracks, Dear You, down underneath the interview.

Lucy is heading back to Leicester on Sunday 8 October for a show at the O2 Academy and we caught up with her to find out what’s in store!

You’ve enjoyed success with your 4th top 40 album, how did you find the transition from X Factor to very much holding your own solo identity?
I’ve always managed to hold onto my own style, I’ve never really felt like I had to change anything. There was a lot of pressure during the show but I can’t say there was too much afterwards. The industry is changing a lot and nowadays it’s not frowned upon to just be yourself.

How has your material changed over the recent years?
My material has changed a lot, as I get older I experience more my writing reflects that. I think it’ll keep changing as life changes.

What has been the highlight of your career so far?
Playing Glastonbury has to be a massive highlight. It’s such a prestigious festival to play and the tent was absolutely rammed. Loved it.

Who’s the best performer you’ve ever shared a stage with?
That’s a hard one! It’s not very often we get to stay and watch other acts as we’re always getting off to somewhere else. Weirdly I saw the Chuckle Brothers the other day and they were actually great fun!

Do you still watch X Factor now and how do you feel the show’s quality and winners have changed?
I have to say, the only year I ever watched it was the year I was on it. I think less people are watching and that it needs to change its dynamic a lot to stay relevant.

Having started through reality TV would you ever go on any other reality TV shows? I’m a Celebrity/Big Brother etc?
I’m not entirely sure. I’d love to do strictly, or I’m a celeb, but who knows if I’d ever do it.

What was your favourite song when you were growing up?
Pretty Fly For a White Guy.

Have you been to many festivals this summer?
Bloody hundreds! We played IOW, Glasto, Standon Calling… So many. I went to Beatherder as a punter which was awesome. I love that festival.

What are your main goals for the next 12 months?
To get this next album written!

What can fans expect on the upcoming tour?
This time round it’s an acoustic show so it’s far more personal and intimate. We’ll still have lots of crowd participation though, and we’ll be keeping the energy up!

Lucy Spraggan will be at Leicester’s O2 Academy on Sunday 8 October and tickets priced at £14 are on sale now.