Gigs Of The Week 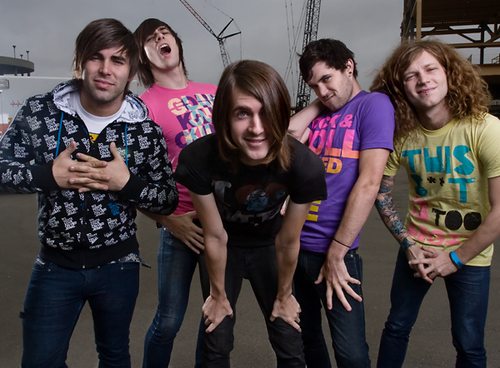 We went to have a look at the best gig on this week but the listings were so overwhelming we couldn’t possibly pick just one! The city’s music scene is better than ever so read on and see what’s happening on your doorstep this week!

From all the way over in Florida, one of America’s best pop-punk groups are heading to British shores and have a date in Leicester on their UK tour. They’ve played with everyone from Madina Lake to You Me At Six, been on The Warped Tour, and are quickly gaining a legion of fans both here and stateside.

He describes his style as “post-punk laptop rap” and he’s been one of the first rappers to sample punk and emo artists. Having toured with Wheatus, Bowling for Soup and Gym Class Heroes amongst a plethora of others, MC Lars certainly knows how to keep the crowds happy. Don’t be surprised if you see him hanging out at the merchandise stand before and after his show, he’s definitely an artist at one with the DIY nature of the business.

Tickets are only £6.50 and remember this isn’t just a gig, it’s a guaranteed party! Get your tickets now from HERE.

Definitely a band worth seeing! The Psychedelic sounds of The Junipers are coming to The Guildhall this coming Friday. They have supported Kasabian and have played Leicester’s favourite festival – Summer Sundae Weekender. Not to mention receiving brilliant reviews from Uncut Magazine and Record Collector for their album ‘Cut your Key‘ and BBC Radio 2 for ‘Single of the week‘.

The Original Band Showcase is now in its 7th year and will be coming to a climax on Saturday. Get on down to The Shed to see the likes of Formal Warning, The Limelight, Silent Resistance, The Rassoodocks and Kenworthy battle it out for a slot at Summer Sundae Weekender. Truly an evening of top Leicester talent. As if that wasn’t enough there’ll be a special performance from last year’s winners The James Lewis Band.