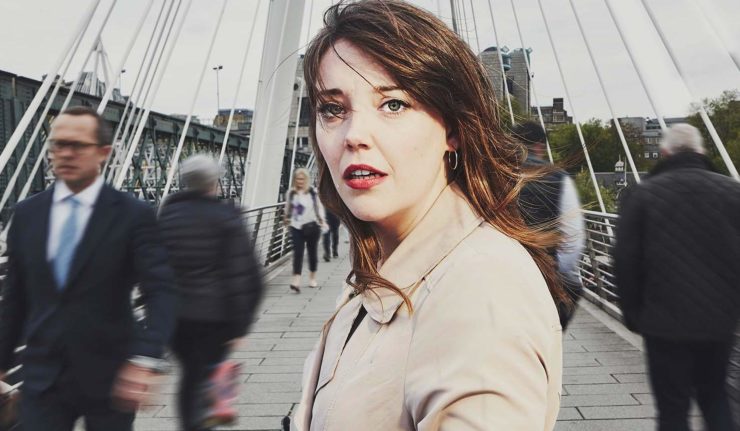 If you were as big a fan as we were of BBC Three’s comedy series, Fleabag, then you’ll be as delighted as we were to hear the live stage version is coming to Curve in May.

Whilst you may have first become familiar with Fleabag from the TV series, it actually began as a one woman show written and performed by Phoebe Waller-Bridge before the BBC snapped both the show and Phoebe up. Fleabag made its highly acclaimed Edinburgh Festival Fringe premiere in 2013 and has enjoyed sell out London runs and UK tours since.

In Fleabag the rules are out the window and she’s getting confused. She’s angry, pervy, confrontational, cruel, forgetful, flippant, capricious, but undeniably honest. On the stage over 60 minutes, Fleabag lets us see the world through her eyes as we follow her life, love, loss and heartbreak. This is comedy storytelling at its very best with all the unspoken nitty-gritty of real life. This is the portrait of a girl who isn’t afraid to admit what she thinks is wrong with herself.

Stumbling through a maze of social anxiety, disastrous job interviews and meaningless sex, Fleabag serves up an uproariously funny and true account of some sort of a female living her sort of life.

The BAFTA award winning TV series was a huge success but don’t miss out on seeing Fleabag on stage, where the character truly began.

Fleabag is at Curve from Wednesday 16 – Saturday 19 May. Tickets are on sale now.