Enter the Field of Screams at Cattows Farm 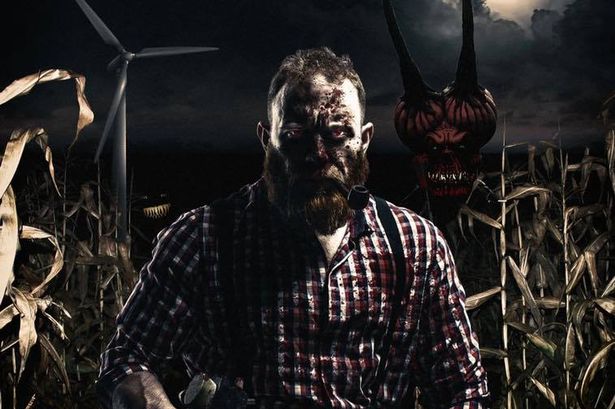 The ultimate Halloween scare maze experience is heading to Leicestershire as Cattows Farm launches The Field of Screams on Fridays and Saturdays from Friday 11 October – Saturday 26 October.

Some of the UK’s leading event actors will help to transform Cattows Farm into one of the country’s most terrifying Halloween experiences. With a back story created to bring you into the experience, you’ll be sent on a spine chilling journey across the fields and crops.

It goes without saying that this is not suitable for children, so over 16s only.

As Farmer Jack’s farm turns from family fun to terror, here’s the back story… The farm has been a popular attraction for families from all over the area where they visit to feed the animals and take part in the famous pumpkin picking season. Over the past few years there has been a noticeable change in Jack and his family; his usual jolly persona has deteriorated and he is becoming known as the village weirdo rather than the loveable friend he has been always been.

Last Halloween, the farm suddenly shut its gates and Farmer Jack hasn’t been seen since. The farm is thought to have been left abandoned despite rumours that people hear farm machines running throughout the night. Some have even reported screams coming from the corn fields, but this is believed to be nothing more than an urban legend.

Out of the blue, the gates to the farm have been reopened and signs have appeared inviting guests back to visit at night. Do you dare accept Farmer Jack’s invitation to explore the corn maze at Cattows Farm?

Farmer Jack, his family and everyone at Cattows Farm have fallen victim to an underground creature – The Pumpkin Devil and his band of shadow creatures. The possession by The Pumpkin Devil has turned the family into evil, heartless shells of their former selves. Unsuspecting guests are lured into the maze, kidnapped and sacrificed to the Pumpkin Devil.

Will you make it out alive?

Tickets are priced at £18 per person and are on sale from the Cattows Farm website.