Since the discovering of King Richard III’s remains in 2012, Leicester has welcomed visitors from far and wide to learn more about it all. With the opening of the King Richard III Visitor Centre we now proudly have a leading museum and experience in the heart of the city.

With Leicester Cathedral undergoing restoration work, the King Richard III Visitor Centre is now home to some new exhibits, which are being put on display there until the Cathedral reopens.

We found a little more about the centre in this week’s BID Spotlight feature. 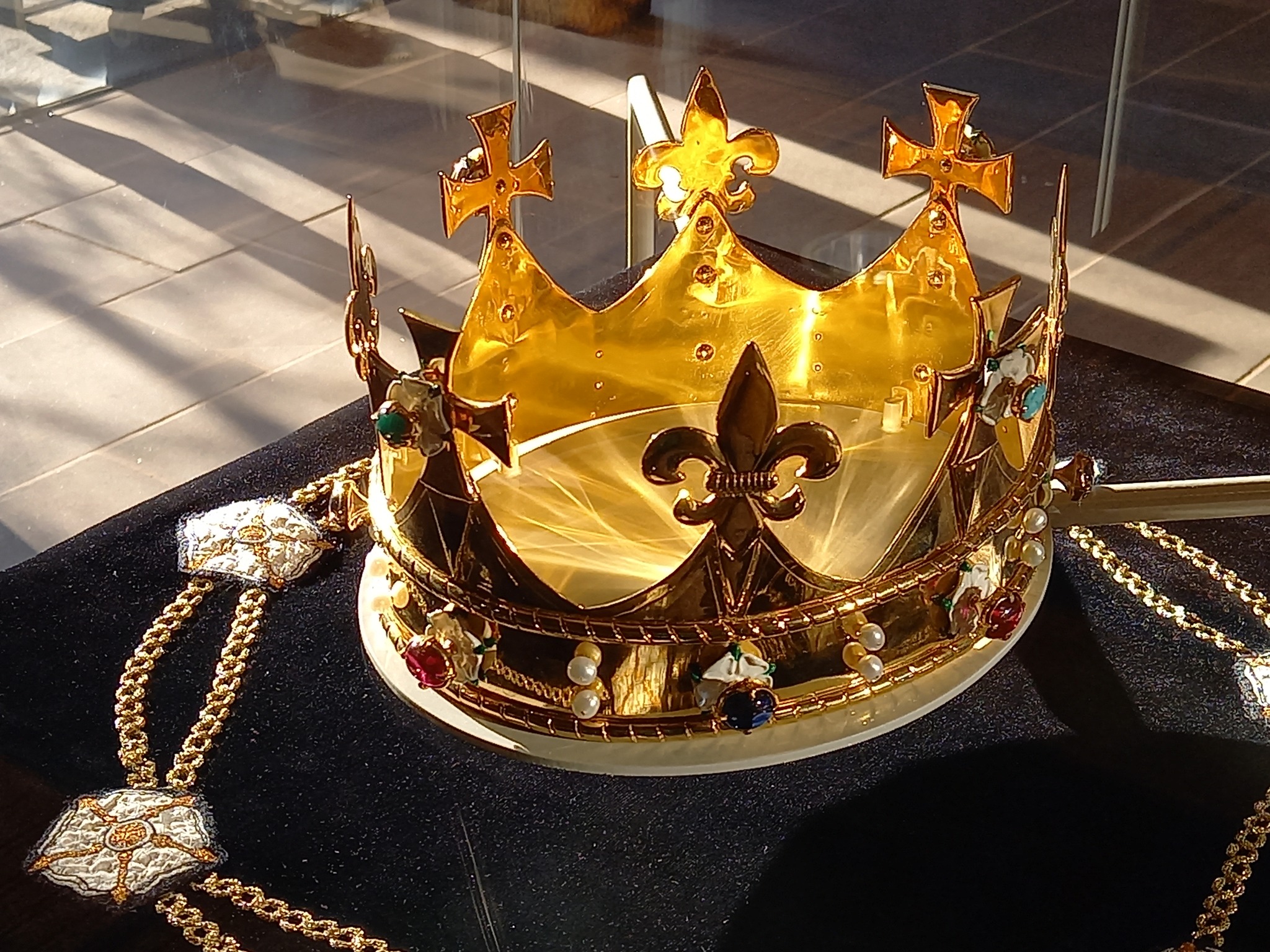 How would you describe KRIII Visitor Centre for someone who’s never been?

The discovery of King Richard III’s remains under a Leicester car park in 2012 was such an amazing thing to happen and the excitement at the time meant that the story was immediately picked up by the media and covered all over the world. Leicester City Council created the Visitor Centre in the old school building next to the car park and we opened in July 2014.

The Visitor Centre tells this incredible story using large-scale film projections, interactive displays and technology to portray Richard’s life, death and discovery. The exhibition presents Richard’s rise to power (including the complexities of the Wars of the Roses), his surprising achievements as king, and his death at the Battle of Bosworth. It also explores the myths fuelled by Shakespeare and gives a day-by-day account of the archaeological dig before explaining the science behind the identification. The visit ends at the original grave site which is preserved under a glass floor and illuminated to show the skeleton’s position. Most visitors spend about an hour and a half taking everything in but some people become that engrossed in the story that they spend a lot longer with us!

Tell us a little about the new exhibits in the centre?

Major restoration work underway at Leicester Cathedral means that it will be closed for more than a year so the Visitor Centre will be displaying the embroidered coffin pall and crown, both created for the reinterment of King Richard III in March 2015. The pall and crown have been installed close to the King’s original burial site, alongside a short video display of the tomb. 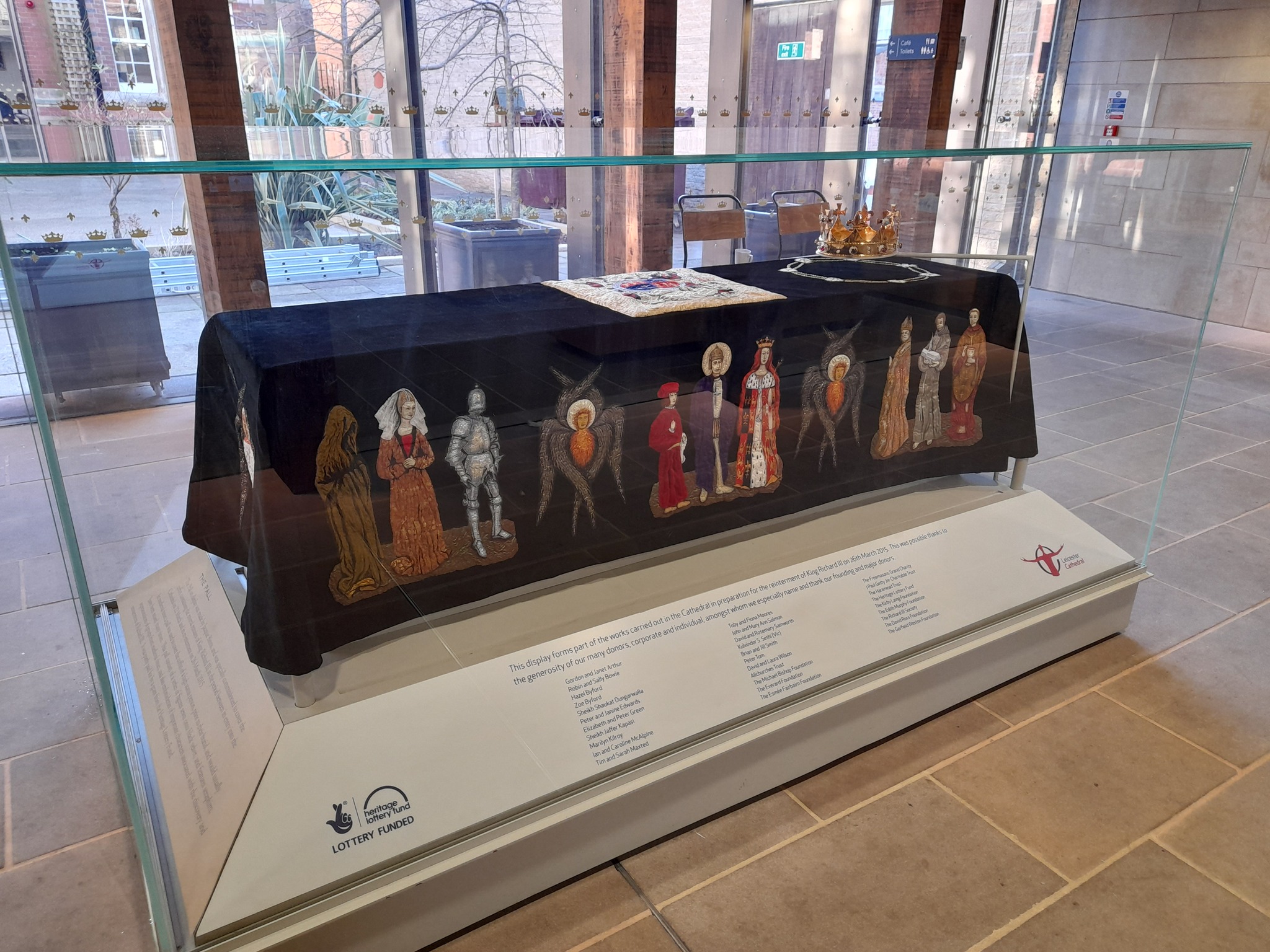 What is your favourite part of the Visitor Centre?

Standing above the original grave site of Richard III never fails to give me goosebumps. Despite talking to so many people about it in the seven years I’ve been at the Visitor Centre, I am still amazed at how the remains were discovered and the “perfect storm” that surrounds his discovery and identification. Had Philippa Langley decided not to investigate the other car park, the King may not have been found. Had DNA profiling not been invented (in Leicester!) in the 1980s, the remains may not have been identified. Had Victorian builders digging out foundations dug a little further, it might not have been just the King’s feet that were lost forever.

How important has the opening of the Centre been for Leicester?

The discovery was such a massive story which, along with the opening of our award-winning Visitor Centre, certainly put Leicester on the tourism map. The reinterment of the king’s remains in Leicester Cathedral in March 2015 was also picked up by the world’s media and an estimated 660 million people saw coverage of the events around the globe, raising Leicester’s profile even higher and bringing thousands of visitors to the Visitor Centre.

The Visitor Centre provides a focus for the story of Richard III in Leicester and, along with the Cathedral and the Battle of Bosworth Heritage Centre, still attracts visitors from all over the country and the world. Once visitors are in Leicester, we can tell them about the wealth of other stories and heritage the city has to offer and encourage them to stay a little longer or come back again to experience what they missed. 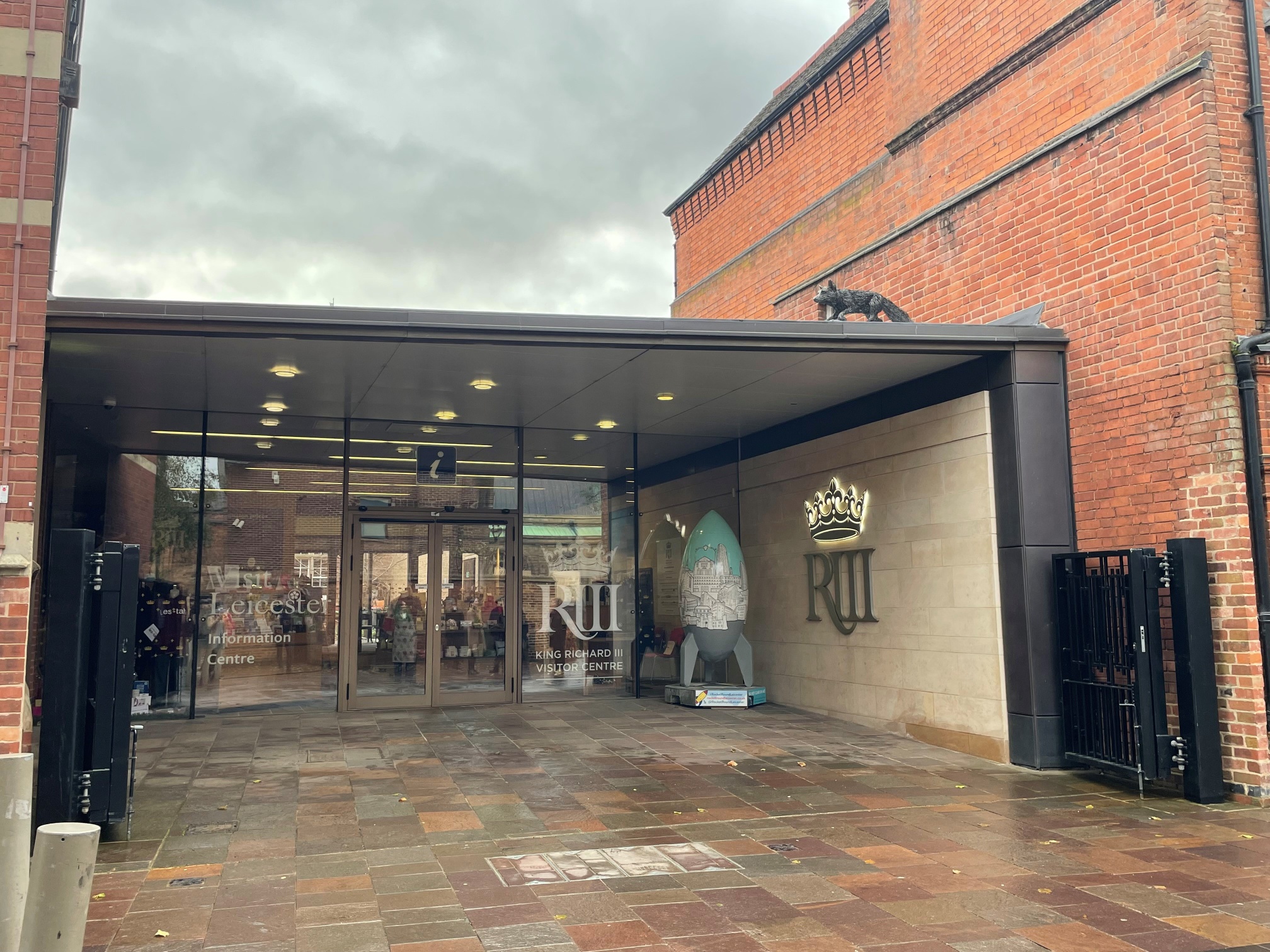 The Visit Leicester shop is also within the Centre, tell us what people can pick up when they visit?

We welcomed Visit Leicester into the Centre in July 2020 and it’s great for us to offer a one stop shop for visitor information – not just for visitors to the city but also for local people too. The team know the best places to visit, shop, eat and drink and are only too happy to share their tips. The shop at the Visitor Centre sells a wide range of Richard III and bespoke Leicester gifts and books. If you’re looking for anything from a birthday card to t-shirts that are Les-tah through and through, drop in and have a browse.

What are your opening hours and how can people book?

The Visitor Centre and Visit Leicester is open every day from 10am – 4pm (5pm on Bank Holidays). For more information and to book for the Visitor Centre, go to: kriii.com.