Movie fans, enjoy a night out with a difference as Leicester Symphony Orchestra kicks off its centenary year with a concert of film theme favourites at De Montfort Hall on Saturday 5 March.

Expect theme favourites from the likes of Jurassic Park and Lord of the Rings, and all the classics. The evening will also include John Williams’ theme to Schindler’s List, which was recently voted the best film movie theme ever by Classic FM listeners.

LSO will also be joined by the No Bars Orchestra, a youth and community project that gives novice players experience of playing public performances. They will be playing a short and newly composed soundtrack to Charlie Chaplin’s Modern Times in the Garden Suite at De Montfort Hall at 7pm – just ahead of the main concert – and again during the interval. 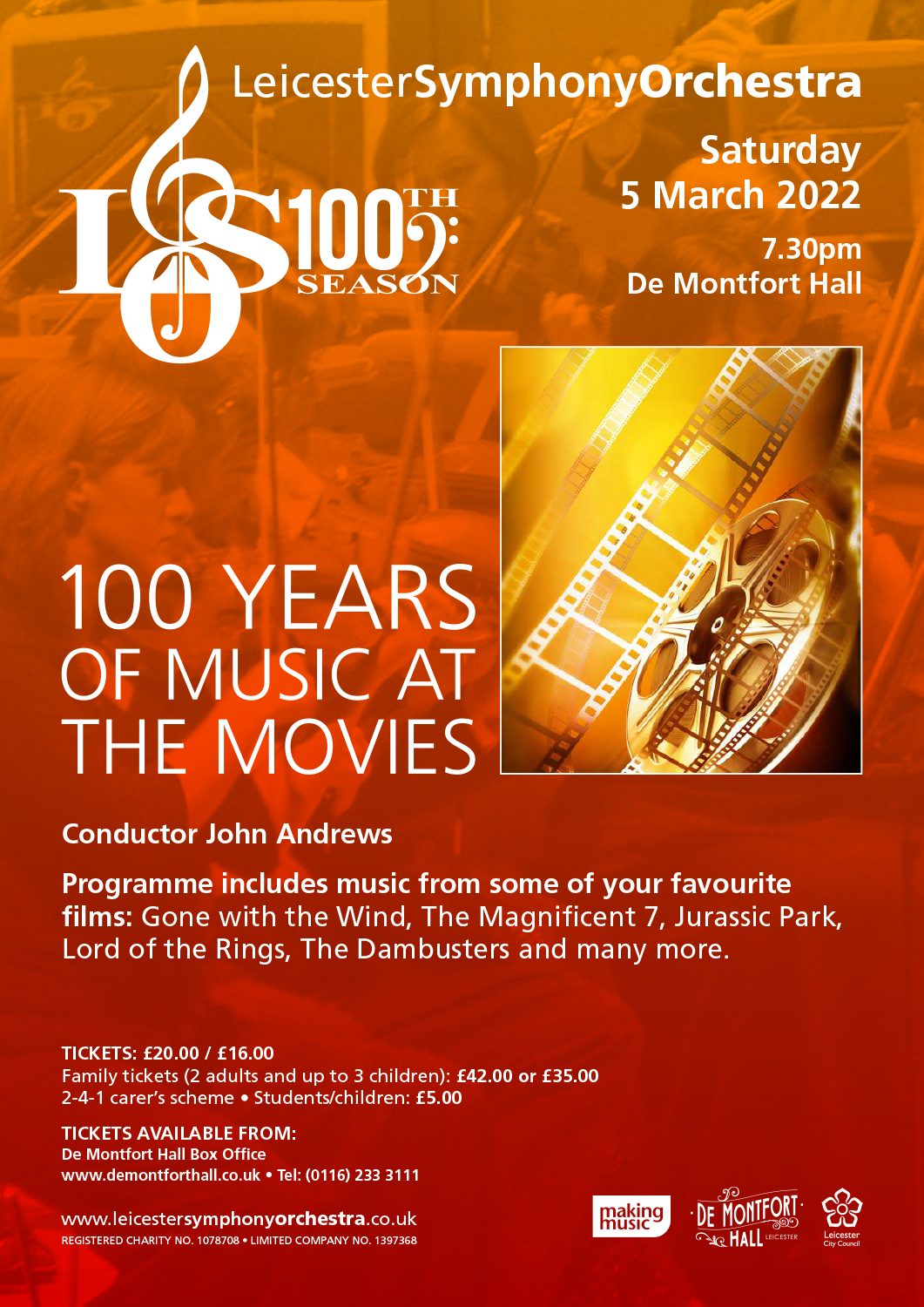 Compere for the evening will be Mike Sales, a life-long film enthusiast and the man behind Midlands Movies, a hub which champions the variety of talent from the region’s diverse film industry.

“I’m really excited to be involved in this amazing event. For lovers of the big screen this is a dream night”, says Mike.

“The programme includes a wonderful selection of music, from older classics like ‘Gone with the Wind’ to more recent ones such as ‘Star Wars’ and ‘Lord of the Rings’”.

Among modern composers John Williams is well represented, with the Schindler’s List and Jurassic Park being joined on the setlist by Star Wars and ET.

While they are all well-known, Mike expects some of the older items to provide some surprises, “I think the audience will love the themes to films like Once Upon a Time on the West and Dr Zhivago.

“And there are few film franchises that have a greater musical legacy than James Bond, and the James Bond Suite contains many of the favourites. All of these themes sound great in the cinema, but hearing them played live by a quality orchestra brings fresh life to them all”.

For further information about Leicester Symphony Orchestra, and the family tickets it offers to all its concerts visit www.leicestersymphonyorchestra.co.uk.