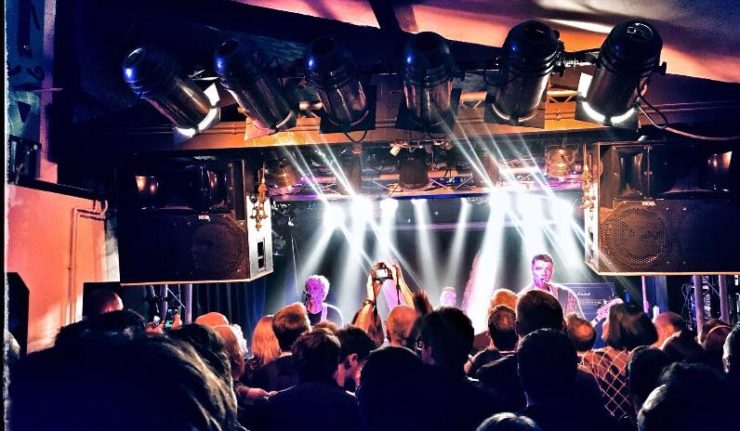 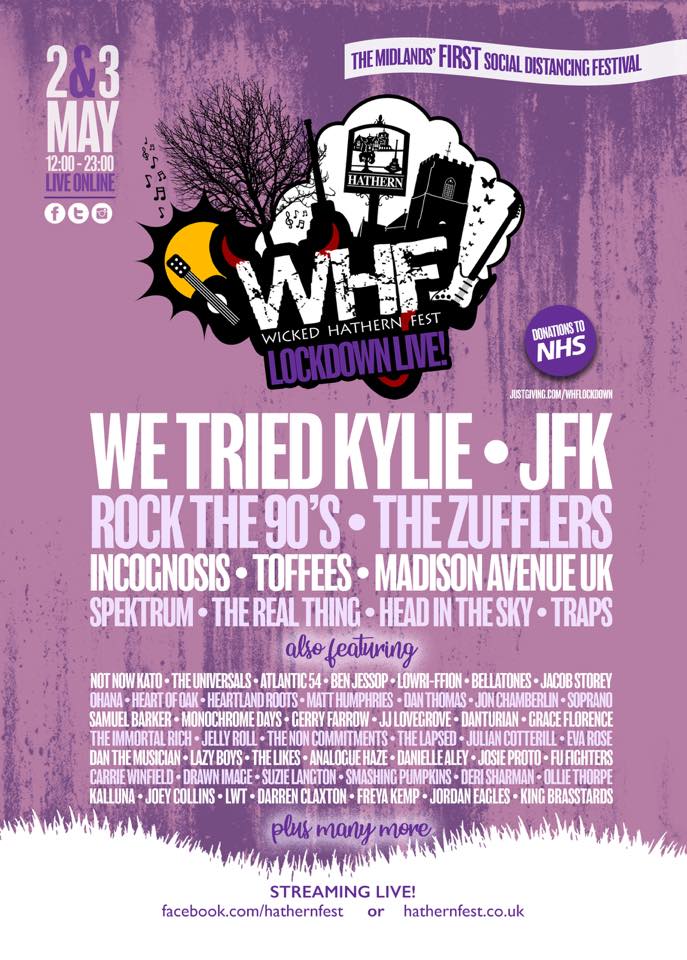 Founded in 2012, Wicked Hathern Fest swiftly became an event to look forward to each year in Leicestershire. Usually located on the old County Show Field in Hathern near Loughborough, this year they’re going completely online. You might not be able to head to the Real Ale Tent but you can pour a few of your own at home and enjoy a packed line-up of national and local talent. It’s all happening on Saturday 2 and Sunday 3 May, streaming live via the Wicked Hathern Facebook page or via their website. Acts include the brilliant We Tried Kylie, The Real Thing, Madison Avenue, Traps and many more. Donations raised will also go towards the NHS.

INTERVIEW: Sue Lavender at The Soundhouse

For our interview this week we meet landlady of one of Leicester’s most well loved music venues, The Soundhouse. 2020 marks 10 years since they first opened their doors, in a decade that’s seen performances from the likes of Beans on Toast, JP Cooper, Emmy The Great and Tom Meighan even turned up for their open mic. A champion of upcoming local acts, they’re a popular spot on Leicester’s music map, with the best outdoor stage in the city too.

With the uncertainty around when live music will be able to return, we caught up with Sue Lavender to chat about how they’re looking to raise funds to guarantee their future as part of the Music Venue Trust’s Save Our Venues campaign 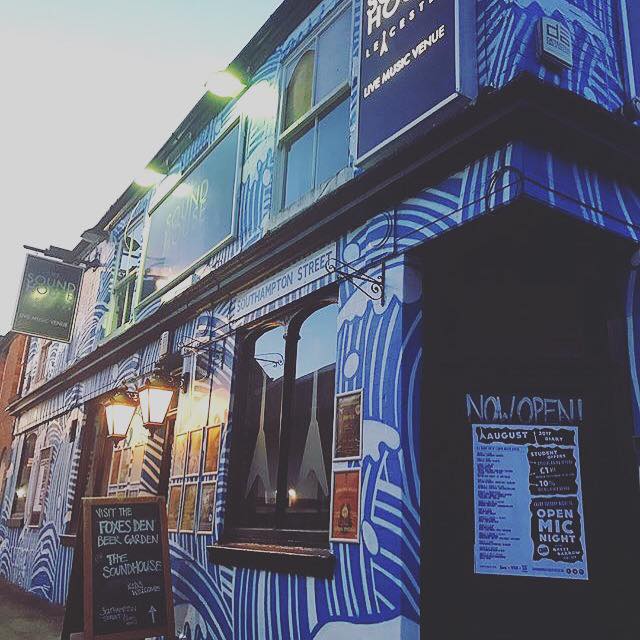 Just how much of an impact does the current situation have over a venue like The Soundhouse?

It has had a massive effect on us , we are a small grass roots venue and we pretty much live from month to month. We don’t have big cash reserves so to be suddenly shut down like we have, with next to no warning, was horrible and it really knocked us for six.

You’ve launched your crowdfunder campaign with Music Venue Trust this week. Can you tell us a little about how people can support you through this?

What are some of your favourite things about running The Soundhouse?

One of our favourite things is watching local up and coming bands, seeing their progress and growth.  When we have touring bands, we love nothing more than to welcome them and make The Soundhouse  experience the best it can be – if the band is happy, everybody is happy. We aim for our audience to have the best experience too, we feel that it has worked as after 10 years The Soundhouse is now a reputable venue. 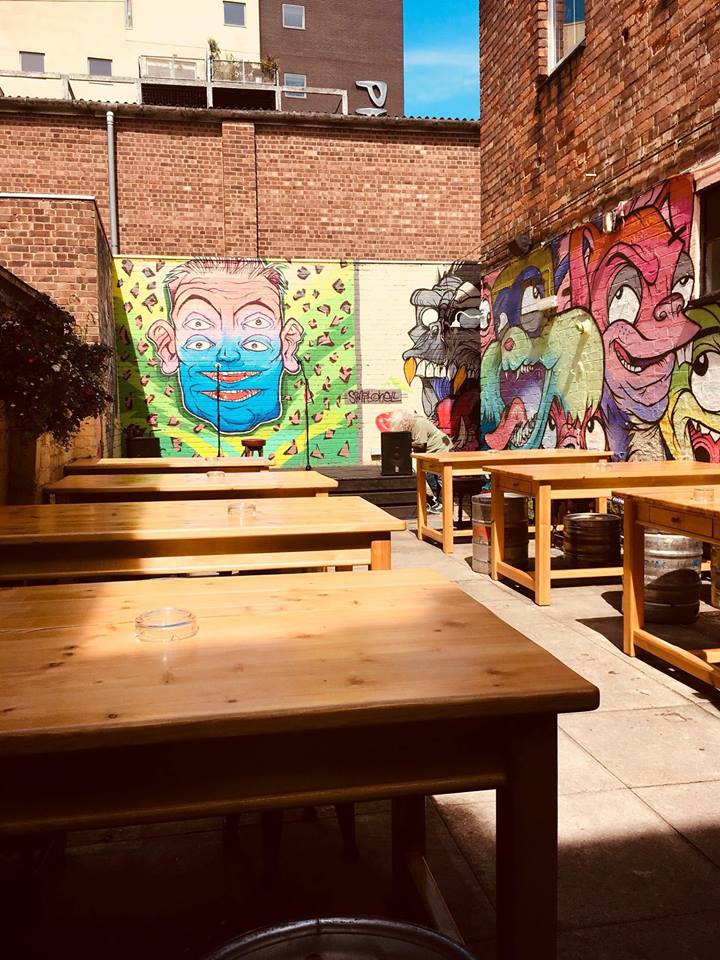 What have been some of your favourite shows you’ve had on at The Soundhouse since you opened?

How have you been keeping yourself busy during the lockdown period?

We’ve been maintaining The Soundhouse. Martin has made a bench out of old speaker boxes ( Arty Farty is he ), spending time at home in the garden, getting bored and wanting to get back to work.

You’ve been carrying on The Soundhouse Open Mic online, how has this been received and where can people watch it?

Open Mic Tuesdays has been awesome and Rhett Barrow will have been running this for 10 yrs in September. The night really does belong to Rhett and he wanted to continue doing it as a live stream. It has been really well received, with loads of musicians getting involved and loving it. It is done exactly as done at The Soundhouse, Rhett introduces each musician as normal all they have to do is tag the The Soundhouse open mic night group and Rhett Barrow. You can find out more via Facebook. 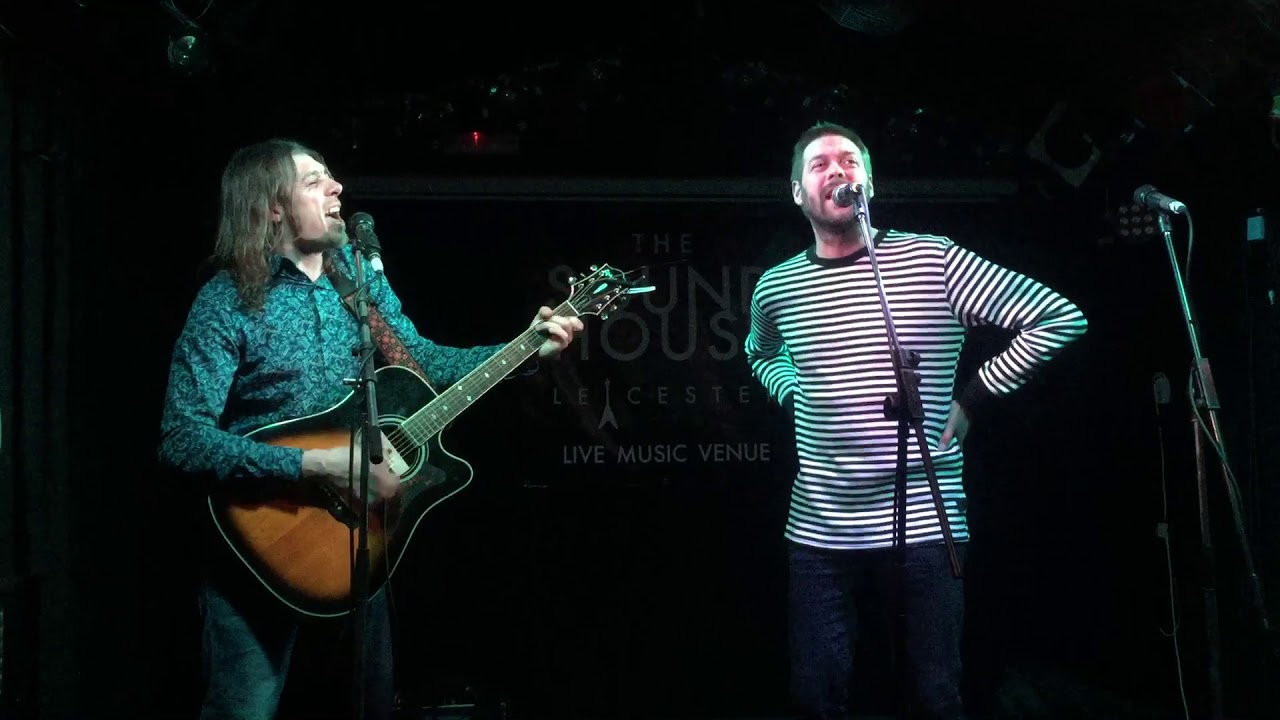 The Brandy Thieves, Siobhan Mazzei, Rhett Barrow, EARLS , the list is endless we have so many talented musicians in Leicester.

What’s the first thing you’re going to do once this is all over?

That’s an easy question to answer WATCH A BAND AND GET ABSOLUTELY SHIT FACED !! Our ten year anniversary is at the end of July and even if this has to be postponed its still gonna happen, it would be nice if everyone would join us.

You can support The Soundhouse’s fundraising campaign via Crowdfunder.

Enjoy this week’s best of Leicester playlist! Each week we’ll be pulling together some of our favourites as well as recommendations to highlight some top local talent. This week’s list features the likes of Mouth Culture, Arcades, CJ Pandit, TRAPS and a couple of Sue’s picks above with The Brandy Thieves and Earls.