Have you tried this month’s special Everards beer yet? This November Everards bring you a truly special beer in honour of all Suffragettes and in particular, Leicester’s Alice Hawkins.

Commemorating 100 years of the suffragette movement, Everards Suffragette beer is a bold pale ale with a strong hop flavour and aroma. The limited-edition beer was launched at an exclusive event at the Knight and Garter, where the newly erected statue of Alice can be found outside.

It honours the story of Alice Hawkins, a famous local suffragette, who lived most of her life in Leicester. Her story is a tremendous account of one woman’s fight for the most basic of human rights – the right to vote. She was imprisoned five times in all her struggle, and Everards beer celebrates Alice’s strong determined character and fighting spirit. 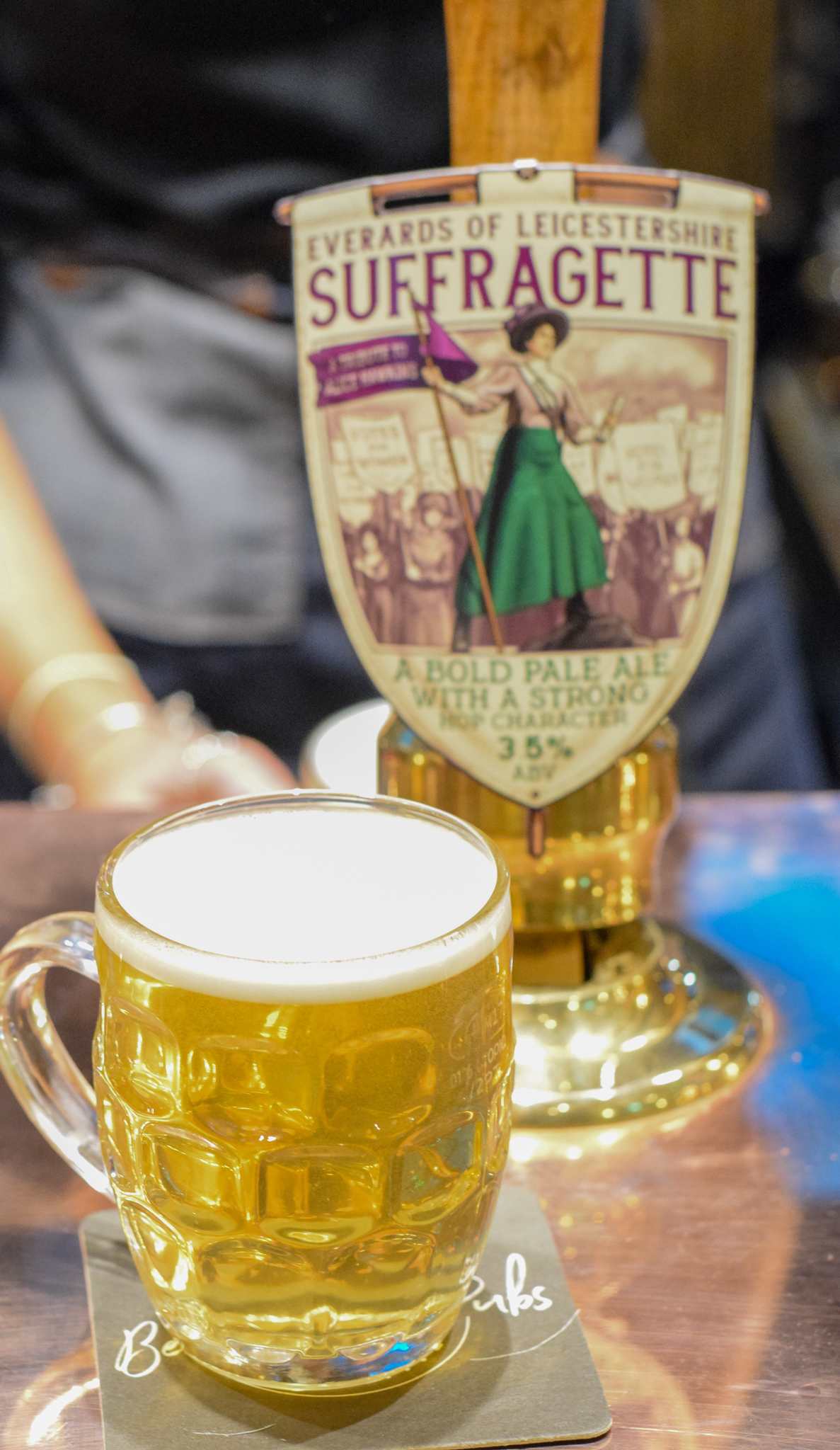 Everards beer sommelier Claire Cannell said “We work really hard to celebrate local people and events and when we were approached by Councillor Adam Clarke to brew a beer in honour of Alice Hawkins and all suffragettes to mark 100 years since some women were given the vote we were delighted to get involved. We worked hard to come up with a beer that was fitting for Alice and knew it had to be something bold and that people would remember.”

Visit your local Everards pub and try a pint or two whilst it lasts this November. Visit their website for more information at www.everards.co.uk