You can sign up now to join them on Thursday 6th May as they continue to increase their workforce across the region.  The event which is free to join on Eventbrite will include information sessions as well as talks from current members of staff and the opportunity to view their cool office at Mercury Place via a virtual live stream.

The not-for-profit organization who have meeting rooms named after music genres and a 90sqm mural dedicated to music through the decades now has over 270 members of staff, many of whom have been with the company from the start. 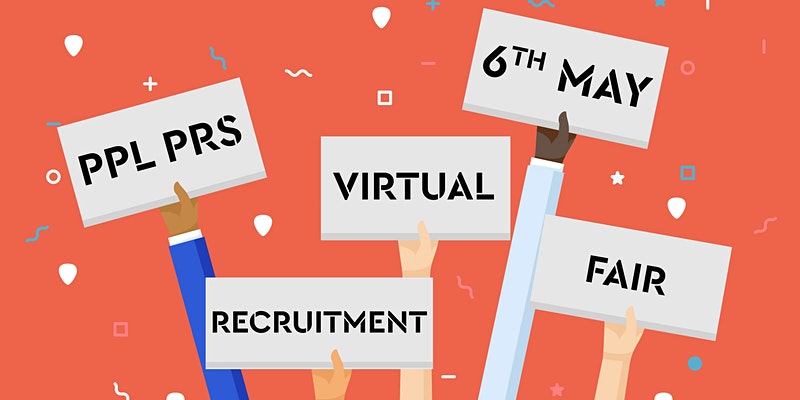 Attendees will also have the chance to discuss current positions which including roles in Sales, Finance and Customer Service.

Employees known as ‘band members’ at the joint venture company are offered a range of benefits, including Perkbox, annual music vouchers and regular social events and as well as a variety of training and progression opportunities.

Local singer/songwriter Siobhan Mazzei is part of the team at PPL PRS and we caught up with her to find out a little more about what you can expect from the roles.

What is your favourite thing about your role at PPL PRS?

My favourite thing about working at PPL PRS Ltd is that I get to talk to venues all day every day. From arenas to churches – we all get excited about live events. I work with a tremendous team, all passionate about live music (and some musicians too!). I have some great customers and it’s always a pleasure to talk to them.

As someone who’s active in the live music scene, how has it been to see the role that PPL PRS plays?

It’s been really eye-opening to the process – as someone who is a PPL and PRS for Music Member, it’s a pretty good insight into the background workings of how I receive my public performance royalties. PPL PRS is where the whole process begins – at PPL PRS we issue TheMusicLicence, which is the beginning of the journey of artists, writers, producers and publishers receiving their hard earned royalties. It’s also really nice when I log and licence an event where an artist I know personally has performed at – it gives me a buzz to know I was a part of that process and that they will eventually receive their royalty in PPL and PRS for Music distribution.

Would you recommend PPL PRS as a workplace?

I would, especially if you have a passion for music! It’s pretty wild that a company as big as this is here right in my hometown of Leicester. I have a lot of friends here at PPL PRS and I think that is because naturally it draws people, who love music, to it – and that’s what it’s all about, at the end of the day!

To have a music company as large as PPL PRS based in Leicester is huge. Do you see this as an opportunity for people with an interest in music to really get themselves into that industry?

Working in an environment that revolves around music usage brings a lot of music-inclined people together, and with the connections you build with your colleagues and customers (especially working in the Live Music Team), can help establish connections you perhaps wouldn’t have if not for working here! Would I have thought, before working here, that I would be having regular conversations with global event and venue management companies? Absolutely not! It’s a part of the music industry that has such a vital role and it’s right here in Leicester.

Tell us a little about yourself as a musician…

I am a singer-songwriter born and bred in Leicester. I’ve probably played every venue in Leicester and the Festivals to boot! I’ve been playing for over 10 years either solo or with my band. My music is a bit of rock and folk entwined together. You can find me on all streaming and social media platforms – but you can see me live on the 23rd of July 2021 in Leicester if you want to get the full live experience!

What’s your favourite thing about the live music scene in Leicester?

It’s just so varied! A lot of towns are kinda known for a particular “sound” – however Leicester has an abundance of talented musicians who bring something different to the table every time. Having played in Leicester for so long, I feel there is such a great community vibe! I have a lot of love for the venues here. My latest music video for my Christmas single (I know!) “Here’s To You (Another Christmas Song)” features me standing outside some great venues in Leicester in support of them during these tremendously difficult times.

The online recruitment fair takes place on Thursday 6 May a 5.30pm. Sign up via Eventbrite.