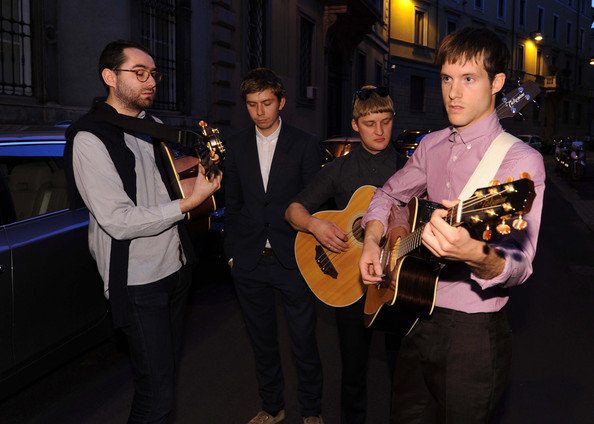 Not so long ago we were lucky to get 1 good gig a month in Leicester and now they’re popping up everywhere! So many it’s hard to keep up! Our top tip for this weekend is The Soundhouse on Friday night.

They’ll be playing host to one of 2011’s hot tips – Life in Film. This highly rated London band are just out of the studio after recording with Mark Crossey (Arctic Monkeys, The Kooks, The Enemy) and now they’re bringing their Kings of Leon style melodies to Leicester. Said to combine the very best of Joy Division, Interpol and Editors, Life In Film will be showcasing their dark and atmospheric indie-pop that has led them to be so highly praised in recent months.

The Independent said of them, “Life in Film are of that new, bar has been raised, breed… It’s the kind of light and dark mind-f*ck that Radiohead used to do so, so well.” And everyone believes The Independent, right?

Still need convincing? Just take a listen to their single ‘Sorry’, you’ll soon be scrambling your way down to the gig!

Tickets are on sale and are only £5, you can get yours here. There’s even support from Leicester’s very own Superevolver, Moondad and Tribal Riot.

The Soundhouse is on Southampton Street in the Cultural Quarter.

Tags:GigsMusic
previous article
Weekend Whisky Tasting
next article
One For The Boys