Next time you’re in town there’s something new to keep you entertained! BID Leicester has worked with design agency Arch Creative to deliver a spectacular new project using vacant units and it looks brilliant!

The project was designed to improve the appearance of empty shops in the city centre and turn them into points of interest, that’s how Street Stories was born. The concept celebrates the innovative achievements of pioneering people from Leicester, and also explores some powerful themes including human rights, the environment, consumerism and identity.

A range of empty shop units that might have previously been considered visually unappealing have been transformed into living works of art, and a trail has been created which people can follow around the streets of Leicester in  a safe and secure way (while practicing social distancing of course). 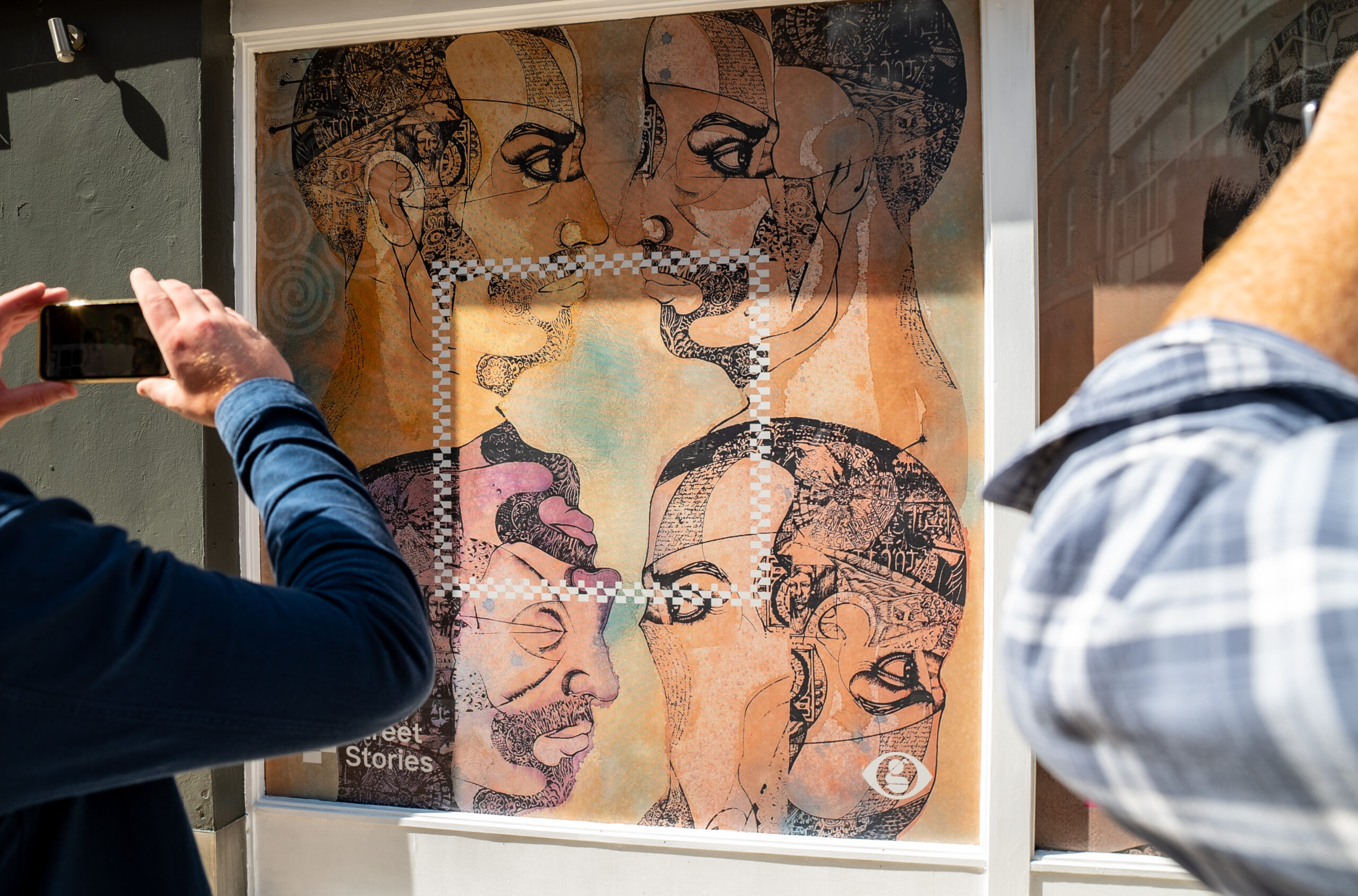 To further enhance the campaign there is an interactive Augmented Reality (AR) twist, which brings the artworks to life with multi-sensory animation, and is triggered by a free downloadable smartphone app. Arch Creative have developed the Street Stories content, creating ten immersive animations, and have partnered with digital agency Graff.io Arts and their new AR app where they can be viewed.

The topics across the city range from Sir David Attenborough and endangered birds, Sir Alec Jeffreys and DNA fingerprinting, Joe Orton and the LGBTQ+ movement and Alice Hawkins and the suffragettes. Each innovative and exciting image reimagines these stories in their own way, with some of the artworks being especially commissioned for the project. One of these is the contemporary portrait of Leicester icon Alice Hawkins, one of the UK’s leading suffragettes, by the artist Tim Fowler.

Hawkin’s great grandson Peter Barratt is enthused  by the new interpretation which kicks off the Street Stories campaign, “Over a 100 years ago my great grandmother Alice Hawkins campaigned in the streets of Leicester for  equality at the ballot box. Today it’s great to see her commemorated in those very streets through  original and innovative artwork’ – and the first in the ‘Street Stories’ trail.” 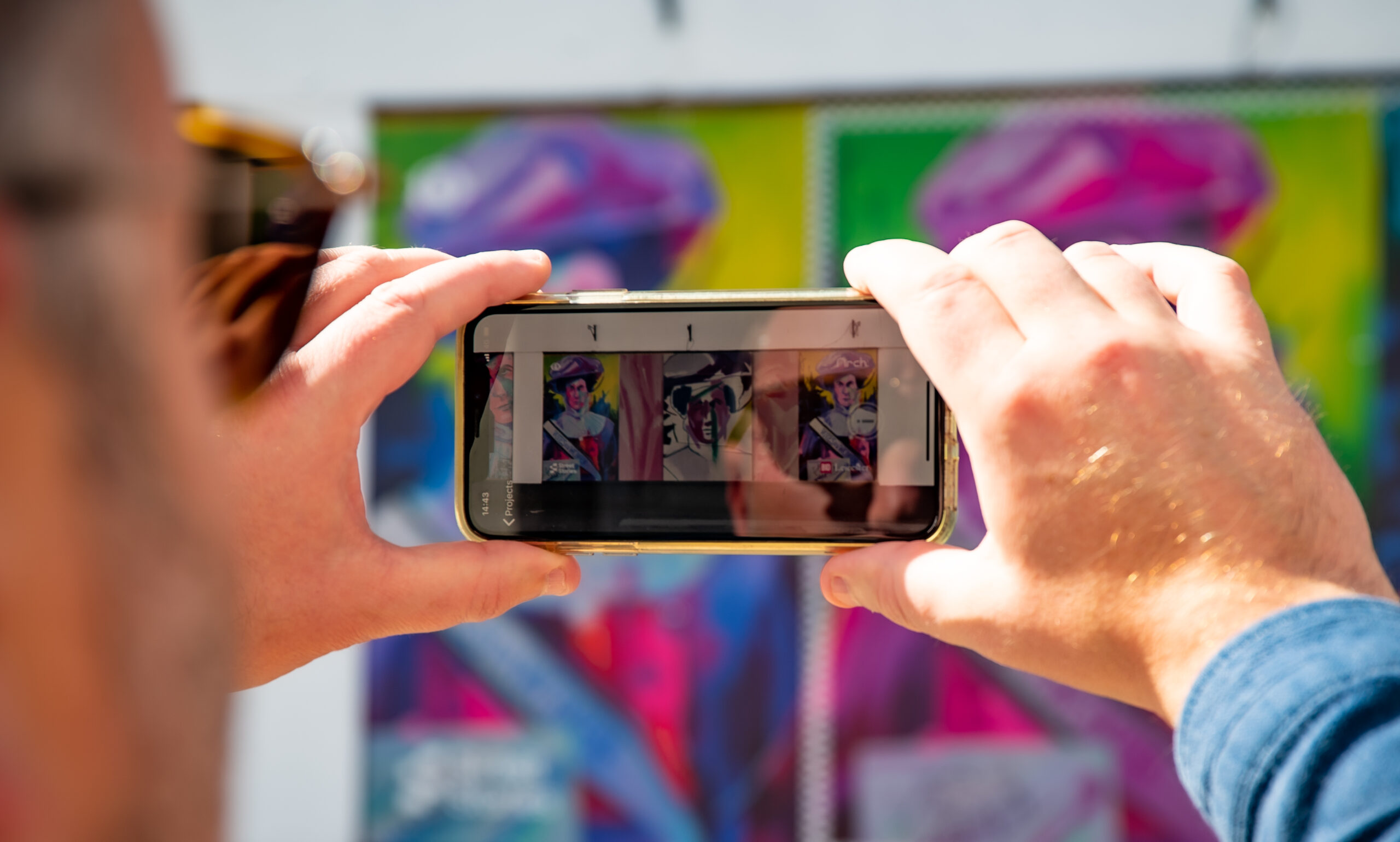 The team has also worked closely with local charity Soft Touch Arts, giving a stage for their Unlocked exhibition, and showcasing a range of artworks from prisoners and offenders at HMP Leicester, HMP Stocken and other regional prisons. De Montfort University’s Fashion and Textile course have also been involved with the campaign by setting a project for their students.

Simon Jenner, BID Leicester Director, commented, “Street Stories is a creative and innovative project and we’re really excited to finally launch it. This is our second project to improve the appearance of empty units in the city centre, and whilst Leicester fares well nationally when  it comes to vacant units – and even is looking forward to some exciting new openings in the coming months –  this scheme will help to highlight commercial space, create an attractive environment and give residents and  visitors an insight into Leicester’s rich heritage.

“The trail launches at a critical time in the city’s ongoing economic recovery, and by moving visitors around the artworks it will encourage footfall across the city centre. The augmented reality feature adds another dimension  to the artworks, providing an added draw and making it a great outdoor activity for all ages to engage with.   I hope as many people as possible will download the app and enjoy the trail whilst they are in the city.”

Keep an eye out around town or plan your journey with the trail map over on the BID Leicester website. 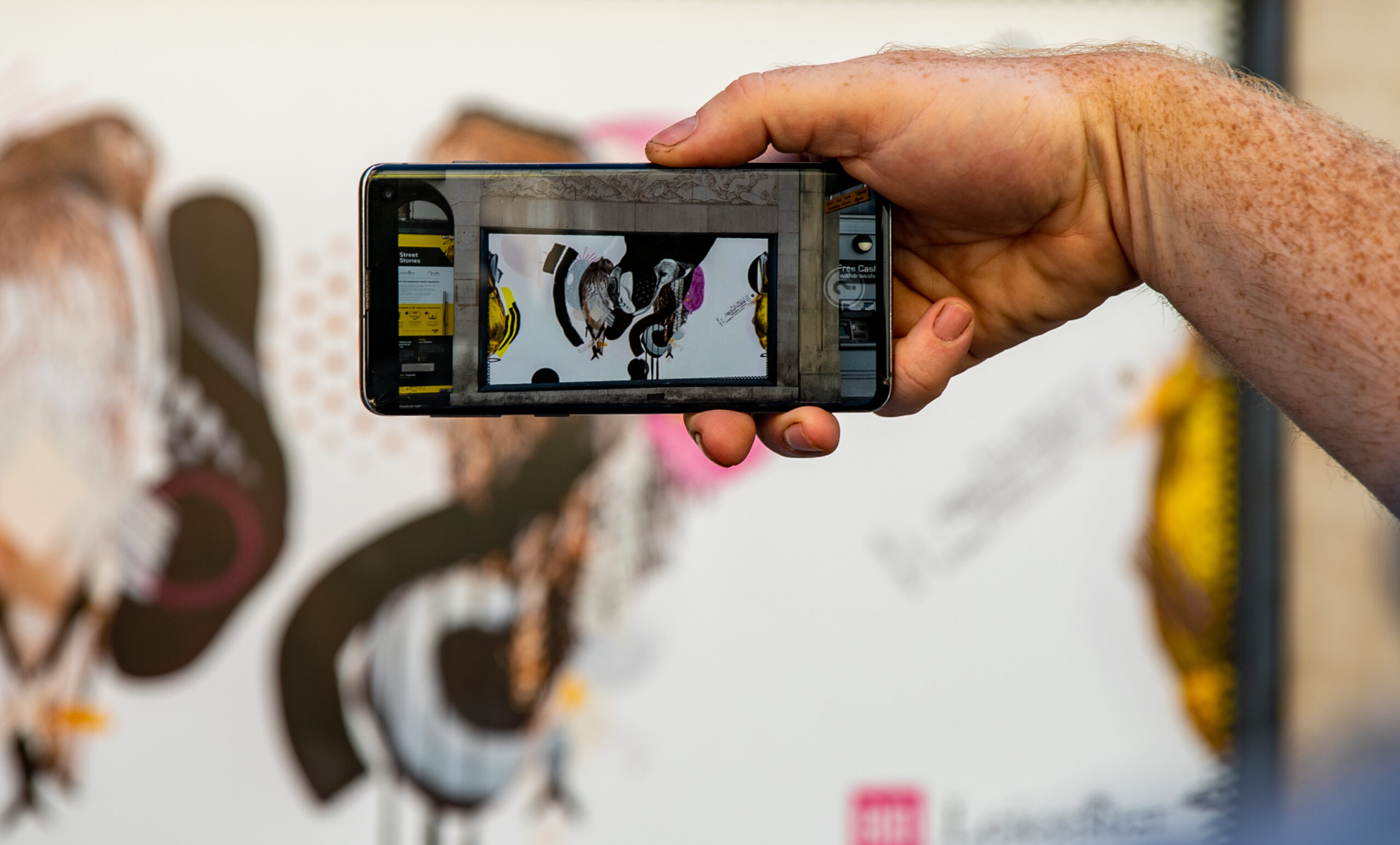