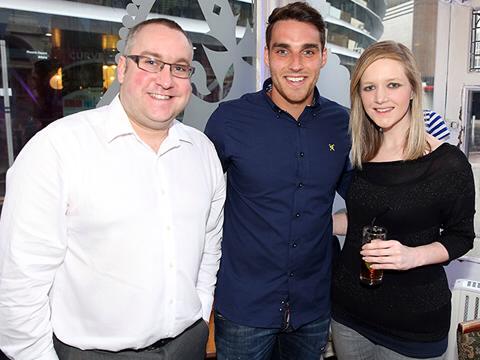 Leicester City Football Club have more than just a replica shirt to offer in the fashion stakes you know. Their very own fashion brand, Fox & Crop, is going from strength to strength and they unveiled their latest looks at the Spring/Summer launch at The Exchange Bar on Monday night (30 March).

City stars Matty James, Andy King and Dean Hammond were among the guests in attendance, as Leicester’s fastest-growing fashion brand revealed the latest ranges for men and women at the trendy Rutland Street venue. A superbly attended launch was the latest indication of the giant strides Fox & Crop has taken since its launch in 2013 and highlights the widespread interest the brand has generated in less than two years since its inception.
Brand creator Matt Payne said: “You can see how far Fox & Crop has come from the interest tonight has generated and we’re less than two years into the project. I’ve been excited about SS15 since the moment we started developing the range, but to see it looking so sharp on our models and staff tonight has really lifted it for me. I really think people are going to love it.”

“A big thanks to the management and staff at The Exchange in Leicester. As soon as we saw it, we knew it was the perfect setting and they’ve been first class from planning right through to delivery.”
City midfielder James, a model for all four Fox & Crop collections, has become one of the faces of the brand in the last two years and said he was proud to have played a part in its development.
“I’ve really enjoyed it,” he said. “When it started a couple of years ago the shoots were a bit of fun for a few of the lads. I don’t think any of us thought it would take off in the way it has, as quickly as it has. Every time I’ve been invited back for a shoot I’ve been really impressed with the products. The quality is always high and the direction they’re taking it in is clearly going down well with people. I’m sure the latest collection will be really successful.”
2014 Miss Leicestershire Holly Desai was responsible for bringing the women’s collection to life when she joined Matty for the SS15 promotion shoot in Portugal recently. Holly said: “This is the first Fox & Crop collection I’ve been involved with so I came into the project not really knowing what to expect, but I’m so glad I’ve been a part of it. It’s a brand that knows exactly where it’s going, driven by a team that really believe in its potential. It’s something Leicestershire can buy into and be really proud of.”

CLICK HERE for more information about Fox & Crop’s 2015 Spring/Summer collection. The collection can also be found in the club shop down at the King Power Stadium.

Keep up to date on Twitter with the hashtag #foxandcrop 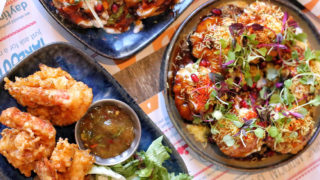