King Richard III is the latest new addition to the Leicester food & drink scene, as the pub on Highcross Street has undergone a transformation under its new owners. Traditionally a classic pub, but with a new reputation as a foodie haunt, we caught up with the pub’s Assistant Manager, Rhian Thomas, to find out more about the new venture.

You’ve recently taken over the reigns at King Richard III, what first attracted you to the pub as a new venture?
I’ve been working in the Hospitality Industry for sometime now, but I’ve always wanted to work at the heart of a great British pub and once I’d seen the plans & it’s location I knew King Richard III was for me.

What are some of the key changes that have been made at the venue?
In the front of the building I think it has a much stronger identity as pub now but I absolutely love the difference in decor between front ‘pub’ & the moody beautifulness of the Chophouse out the back. But the most apparent for passers by is probably our garden with it’s new patio, furniture & living wall. 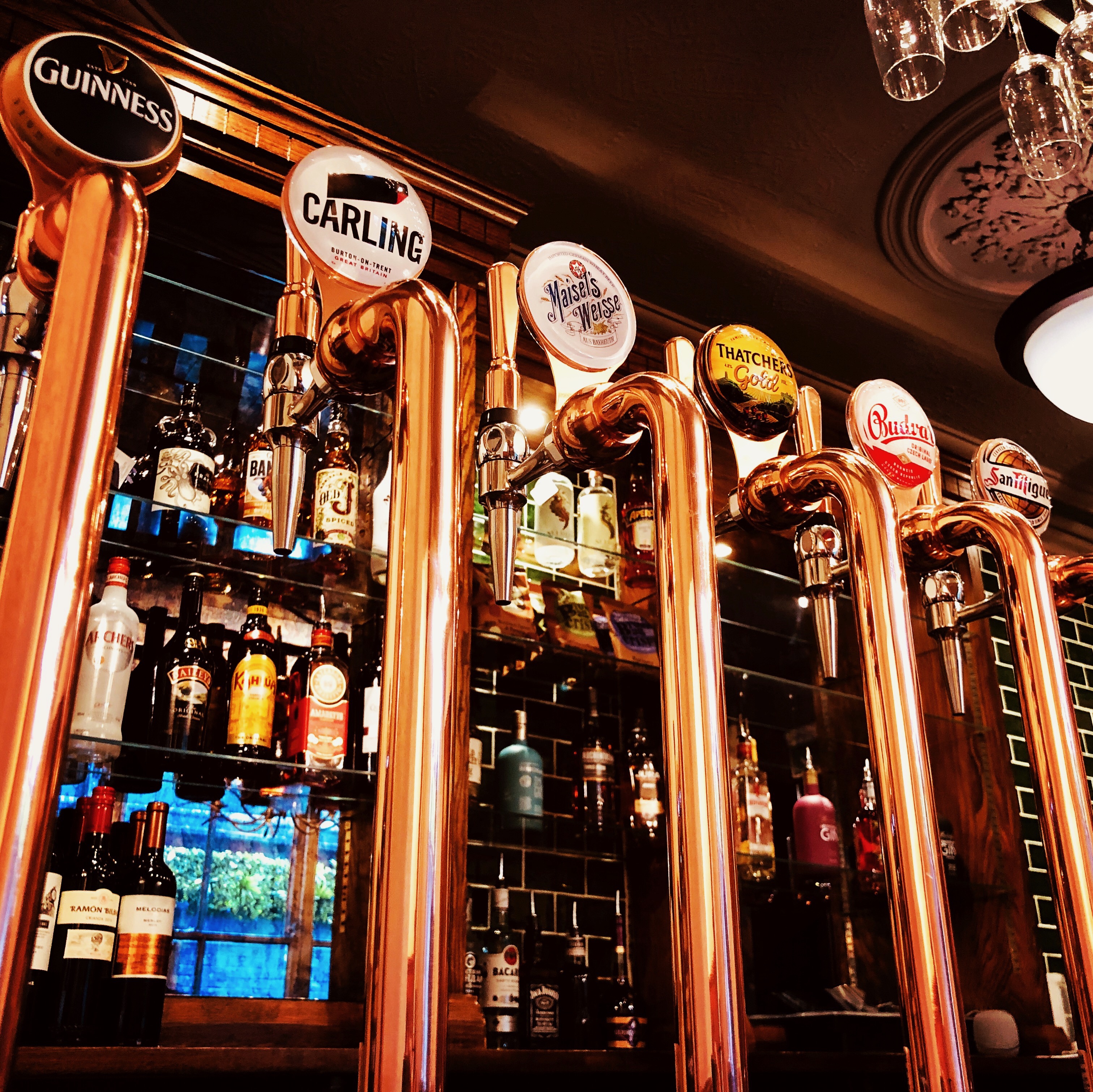 You opened the doors in mid-June, how has the public response been since you opened?
Really, really positive! That’s the great thing about Leicester everyone is so supportive, we’ve had lots of people visiting for just drinks to check out the changes & so much wonderful feedback about our food.

The venue is called a “Pub & Chophouse”, what can customers expect from the food menu?
So in the pub we offer all day traditional bar snacks from behind the bar, like miniature pork & stilton pies & scotch eggs with homemade chutneys, as well as a weekly changing sandwich menu.

Our chophouse menu was developed between Sam & our Head Chef Chris Owens and features some really tasty world dishes all with a Modern British twist but centred around the very best charcoal cooked cuts of meat on the bone served at great value prices with the option of adding some really tasty & unique side orders.

During the week between 12-7pm we are also offering a 10oz Picanha Steak with Beef Dripping Fries & a Peppercorn Sauce for just £15! 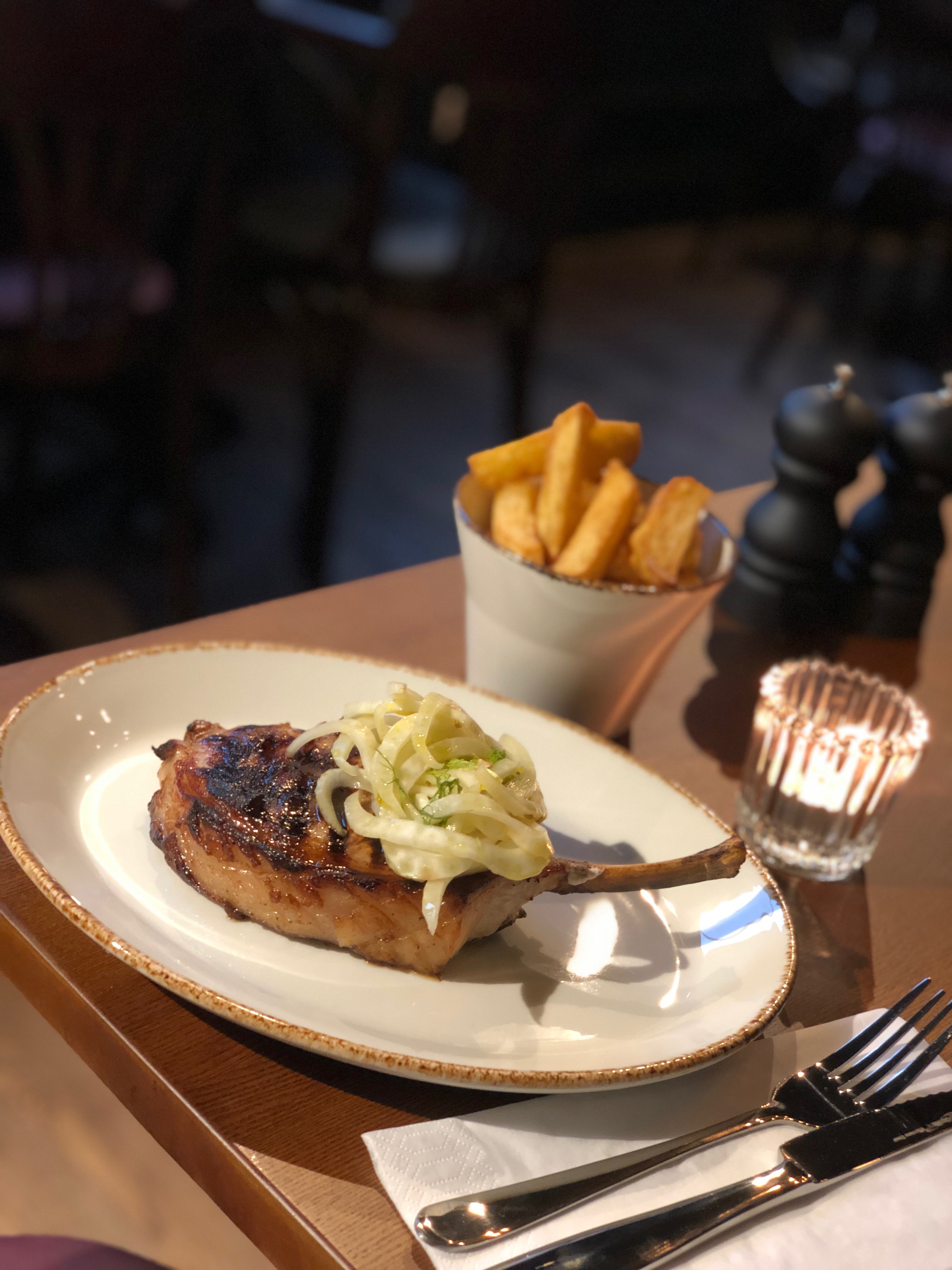 If we were coming down for dinner tonight what would you recommend we have?
That’s a really difficult question for me because I love every single dish! But I’d definitely kick of with the ‘Fried Padron Peppers’  then either the ‘Devilled Chicken Livers’ or Cauliflower Karaage, then for my main course definitely the double thick pork cutlet with pickled fennel and sides of nduja mashed potatoes & green beans with black olive tapenade.
Traditionally, of course, in years gone by the King Richard III was a very drink led pub, can people still just pop in for a drink if they’re not wanting to eat?
Absolutely! We are pub first & foremost! We also serve great feel good, high altitude coffee as well!
Can you give us a little flavour of your drinks selection?
We’ve only got a small bar, so we’ve worked really hard to balance our drinks offer to appeal to everyone’s tastes. From craft beer to cask ale, wines of the world to independent spirits, there’s a great selection and my favourite drink right now is our Portuguese Vinho Verde white wine. 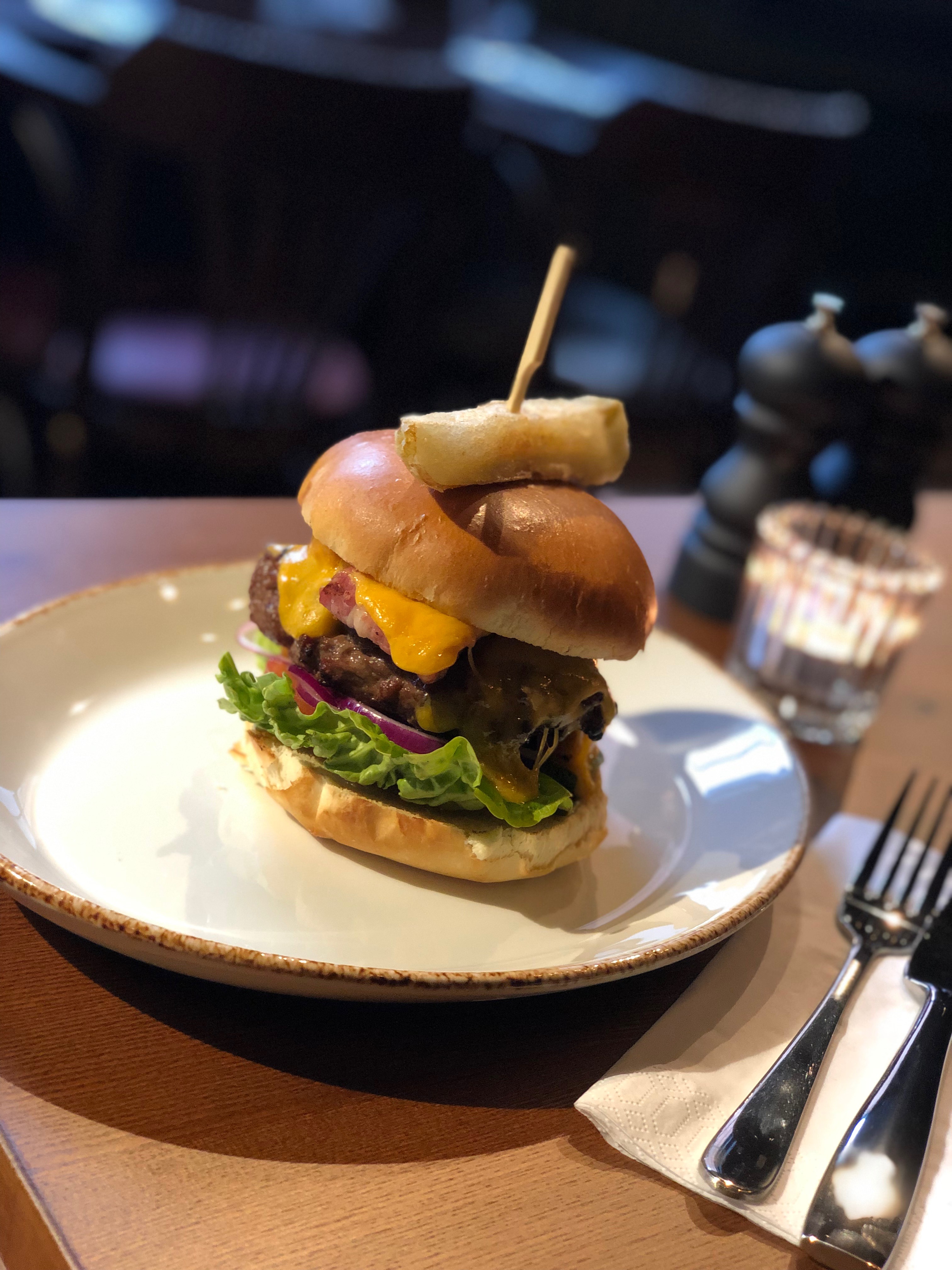 As an independent in the city, what do you think of Leicester’s food & drink scene at the moment and the developments over recent years?
Leicester is a great city with so many fantastic places to eat & drink! Here at the King Richard III we feel really privileged to be an independent business sat so close to the hustle & bustle of the Highcross centre

What are you most looking forward to this summer now that King Richard III is open?
Seeing our guests relaxing in the garden with a cool drink after a day work or shopping.

King Richard III pub is now open on Highcross Street, Leicester and as an opening offer when you dine in their Chophouse you’ll receive free entry to King Richard III Visitor Centre, just a short walk away. You can view the full food menu below, with additional daytime and snack options available, or just pop by for a drink! 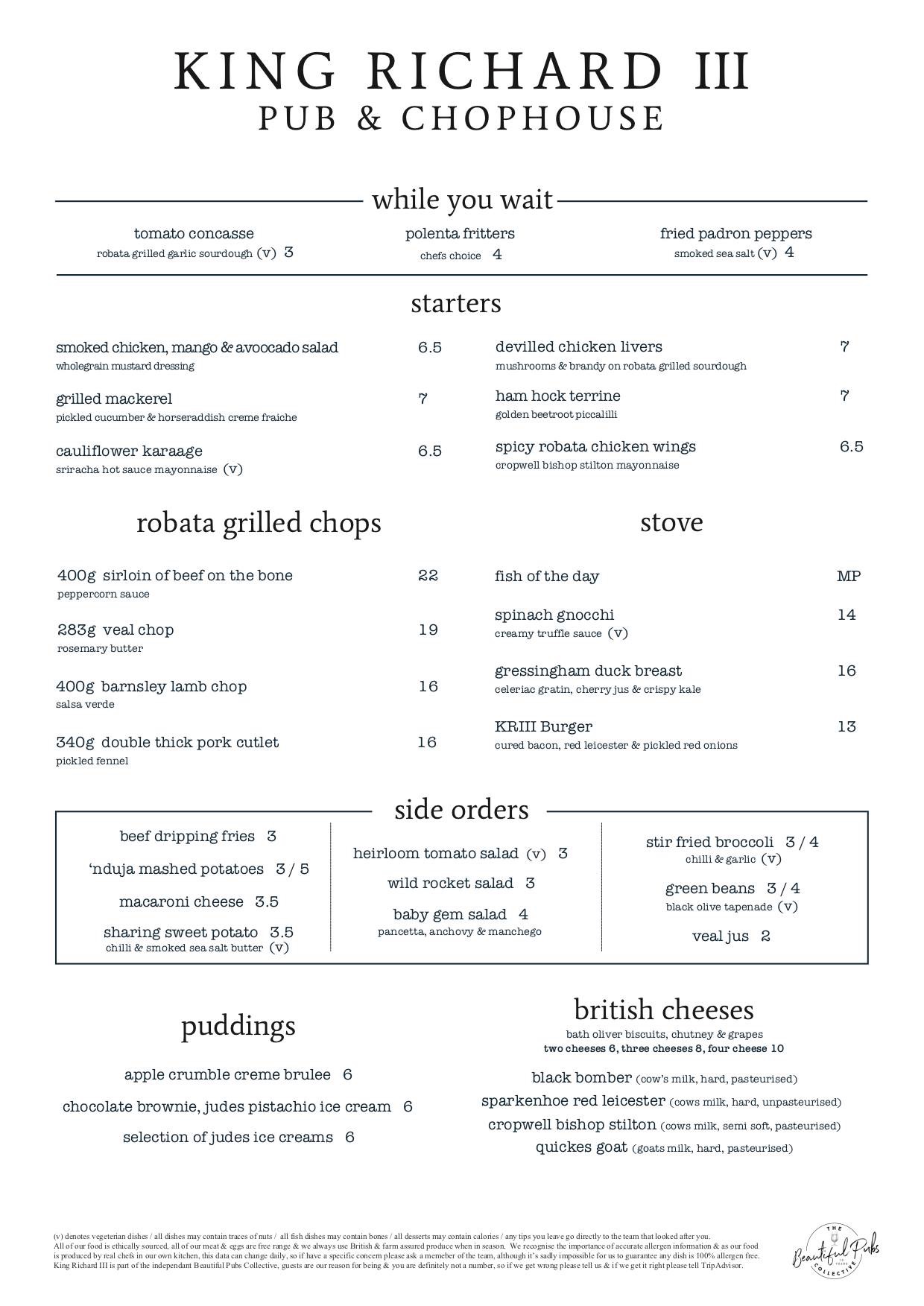