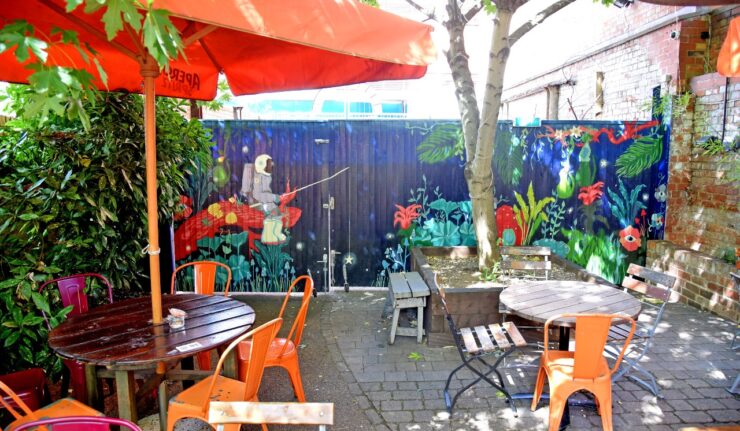 Local street art displays just keep getting better and better. Now it’s the city’s beer gardens who have been given a new lease of life thanks to the Art on Tap trail across Leicester, which has brought colourful murals by international and local artists to outdoor pub spaces in town.

The Art on Tap trail has been funded by BID Leicester, working alongside local arts organisation ArtReach to commission incredible new works in pub courtyards around the city centre. Art on Tap aims to bring the gallery to high street, so that visitors can enjoy new large-scale murals over their favourite refreshments in the venues they know and love. 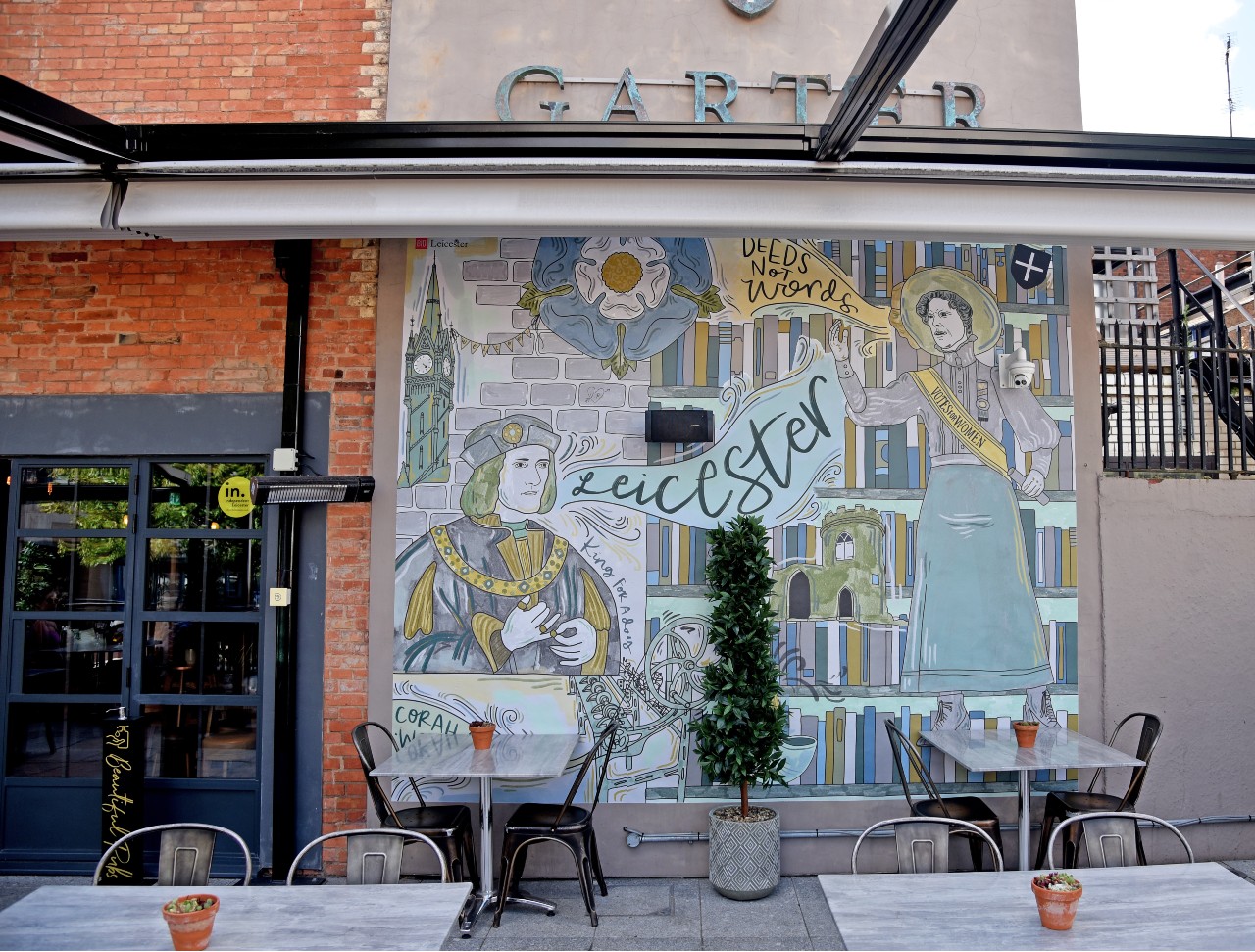 There are seven new artworks spread across the city, including works by:

The artworks have a theme of reconnection, from our relationships with nature to those with people around us and ourselves. Full descriptions of the artists and meanings behind each mural can be found by following the Art on Tap Trail on the LoyalFree app.

As well as brightening up these spaces, the timing of the trail has been designed to support pubs and bars with reopening and attracting customers after the pandemic. 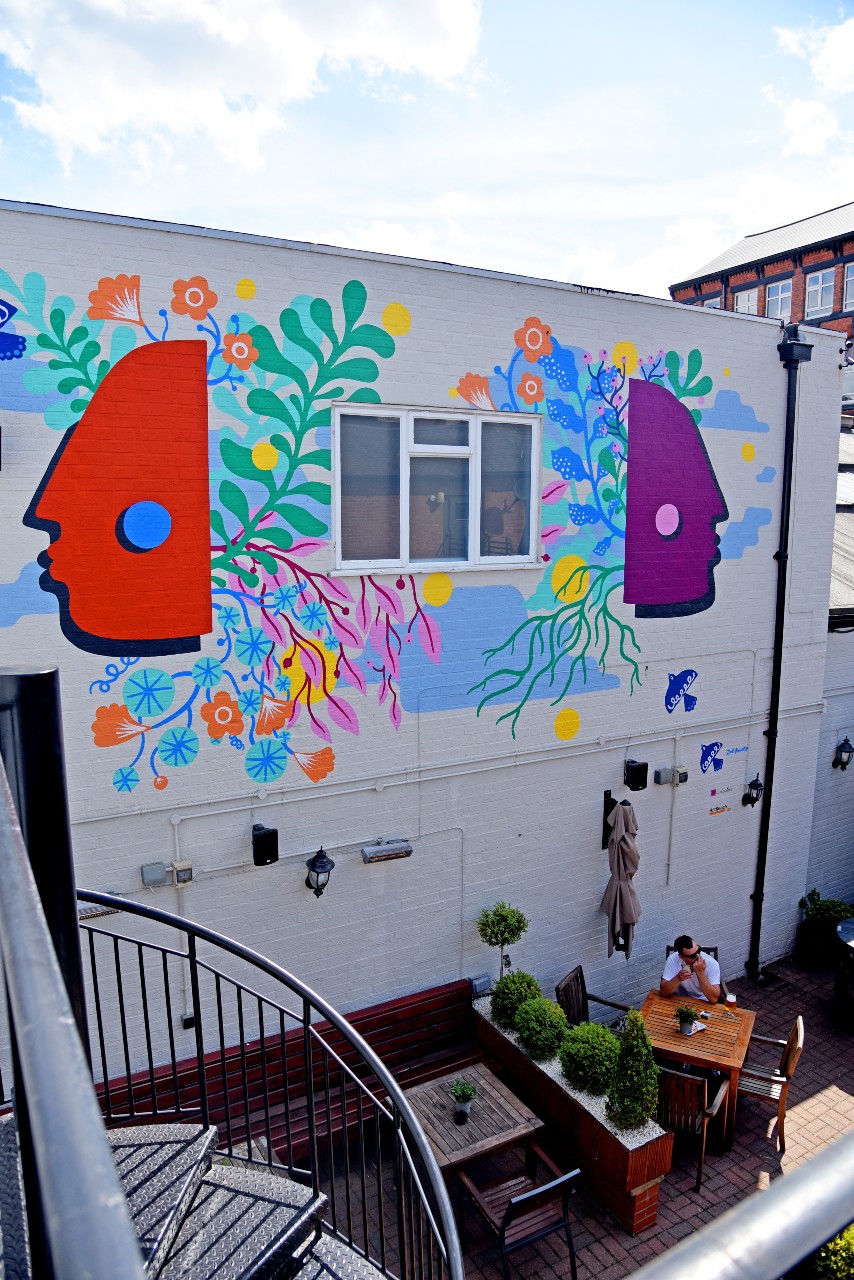 BID Leicester Director, Simon Jenner, said: “As the city’s beer gardens welcome customers this summer, visitors can enjoy colourful and inspiring murals in locations where we would not usually expect to see art.

“After a difficult year for pubs and bars, the Art on Tap trail will move customers around the city and drive footfall directly into businesses, as people seek out all of these artworks and enjoy a few drinks in some of the city’s great venues. It’s great timing for the trail to go live in the run up to Leicester’s first Craft Beer festival, Brew Beat, running this Bank Holiday weekend. Visitors to the city will be able to enjoy not only the wonderful artworks but also live music and over 100 craft beers across the city.” 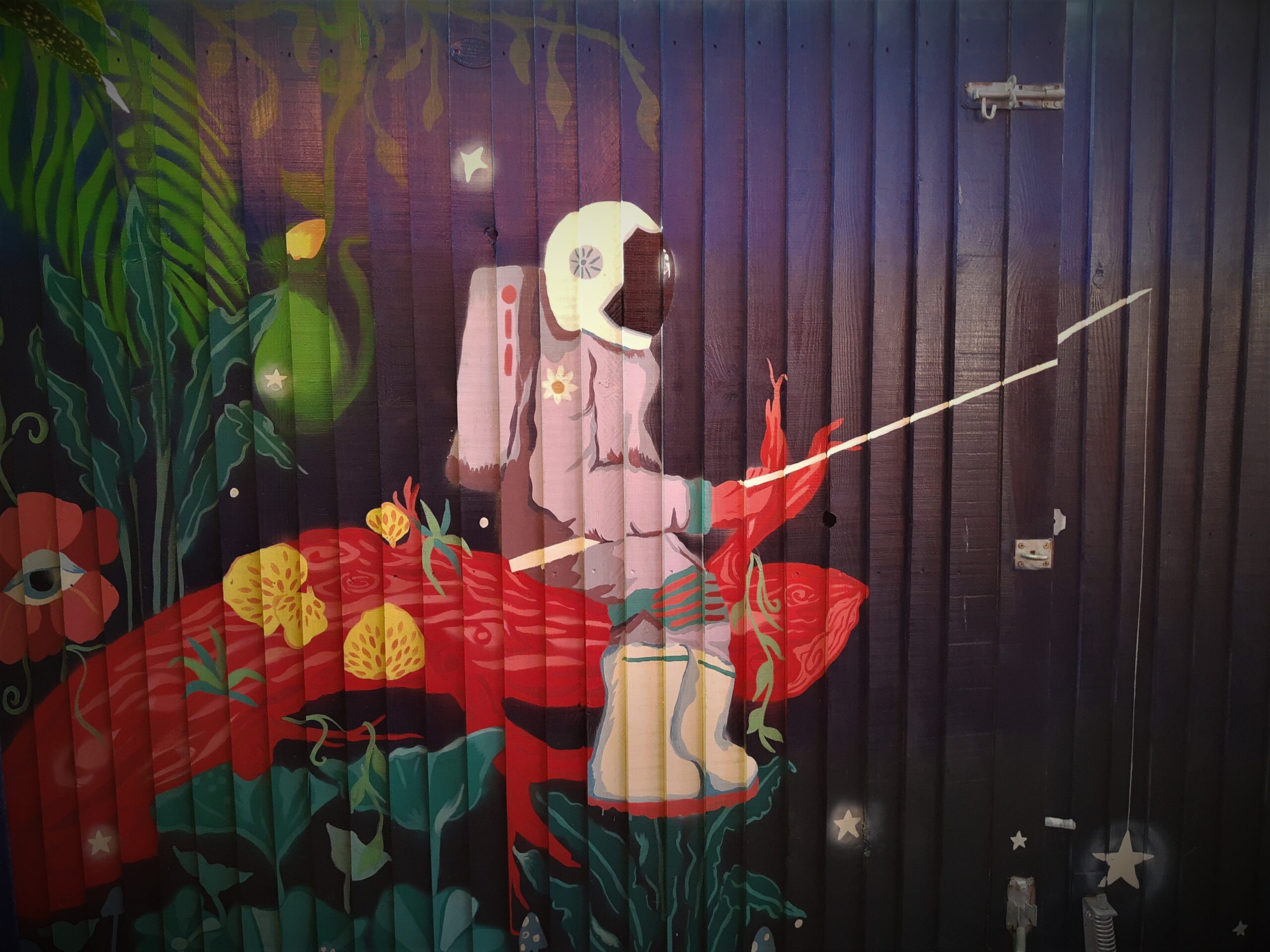 Amy, manager at The Tree, said, “We’re so happy to be able to host artworks as part of the Art on Tap trail. Laura is so talented, and it was great to get to know her and see her working. The mural has brought a new lease of life and a splash of colour to our garden. It’s already been a hit with customers, and we look forward to having a second mural in place and welcoming some new faces to The Tree as people explore all the Art on Tap trial locations.”

For the artists, it’s a chance for their work to be seen by a new audience. “It’s wonderful to be able to have my work on display in such an unusual location,” says Oliwia, who has painted a mural in the garden of Bruxelles Leicester. “It makes me happy to know people will be able to enjoy this artwork whilst socialising and having fun in the city after such a difficult time. I hope it will be the background of pictures from great days and nights out for years to come!” 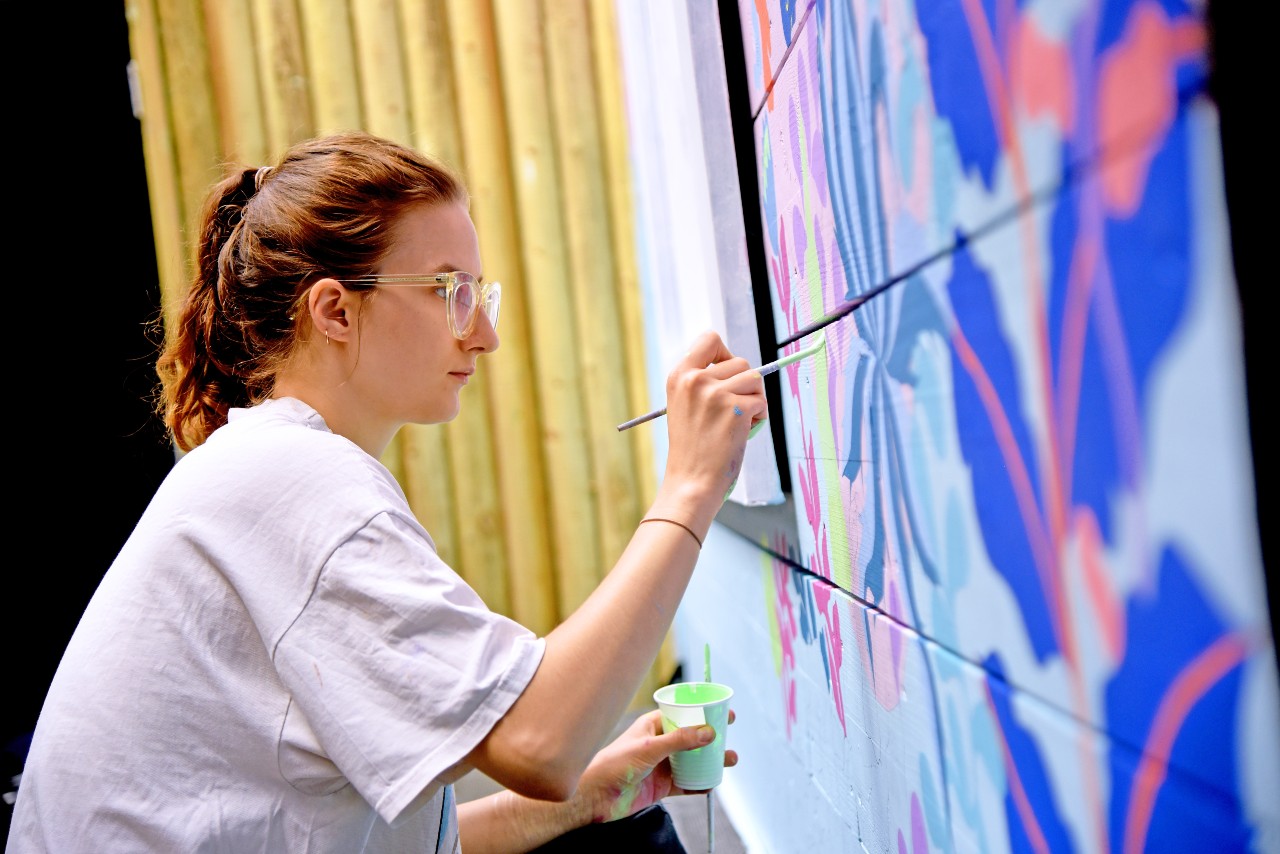 Six Art on Tap murals are live across the city centre now at the locations listed above, with a seventh to be added in the coming weeks. Find out more about the project at bidleicester.co.uk/art-on-tap and if you spot them why not tag your pictures on social media with the hashtag #ArtonTap. 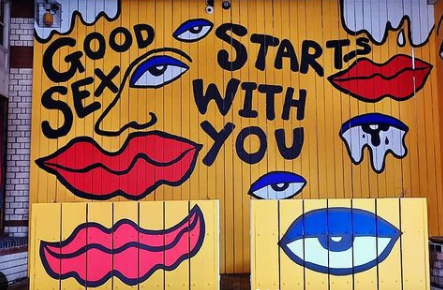