You know how much we appreciate a great cocktail bar, right? Well there’s a brand new place opening this weekend as a touch of New York comes to Highcross Street, in the form of (what we’re pretty sure is) Leicester’s smallest cocktail bar. But as we all know, size isn’t everything.

63rd & First will open its doors for the first time on Friday 18 October with its New York inspired set-up and extensive cocktail menu. We caught up with owner and flair cocktail specialist, Dave Tsouvallaris, to find out more.

With 63rd & First set to open on Highcross Street, what can people expect from the bar?
Our bar is almost certainly the smallest in Leicester so expect cosy! We’re big on cocktails and banter, so expect fun!

What was your inspiration behind opening the new venue?
I’d been looking to open my own bar for a while and looked at sites here and in Nottingham. We fell in love with the space when we first saw it, and it’s inspired by New York bars that are squeezed into gaps wherever they can, as space is such a premium there. The corner of 63rd & First Avenue is where Tom Cruise did the Hippy Hippy shake in Cocktail!

What are some of your favourite drinks that will be appearing on the menu?
The menu is pretty big, around 50 drinks on the menus on the table and another 150 in our cocktail bible. I love a Negroni, but if you have a sweeter tooth, try “One Free Hour at the Candy Store!” (Chambord, White creme de cacao, Frangelico, Cherries, Oreo cookies, Vanilla ice cream) 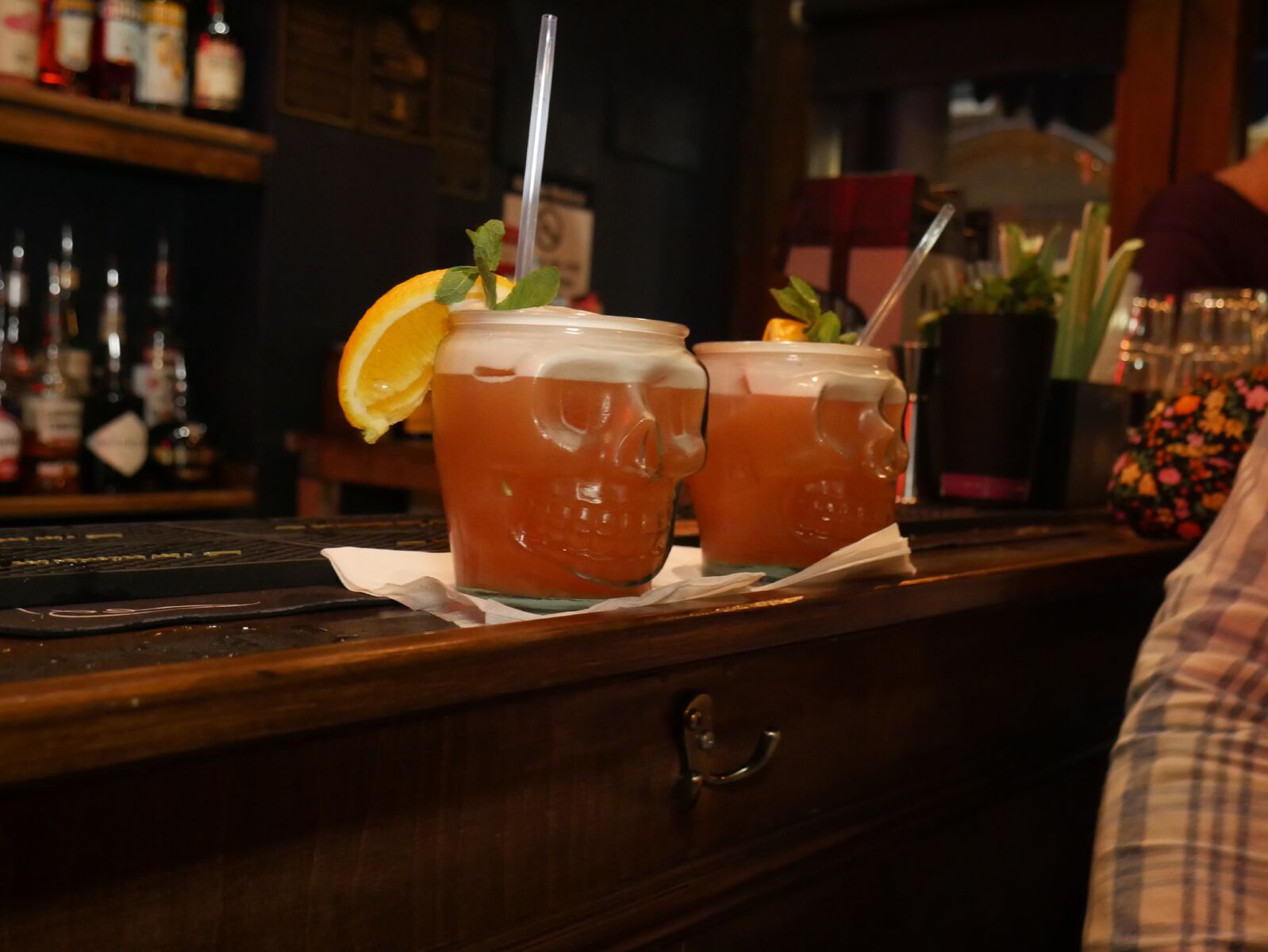 Where are some of your other favourite bars to drink in?
We’re new to the Leicester scene so haven’t had a chance to try the drinks everywhere yet, but everyone has been super friendly, especially the guys from 33 Cank Street & TØNNE.

What extra little things can customers expect from the bar?
Well we won’t be doing food, we could barely fit in a bar let alone a kitchen! But there is just enough room to throw the bottles around, and we LOVE doing that! So you can expect a lot of fun along with your drinks!

So we’re out on a night out, are you more of an early doors bar or late night bar, or the best of both?
Because we’re so small, if you don’t arrive early you may have to wait to get in, but it’s worth it! We’re no nightclub at all, but we’ll certainly welcome industry types for a drink after they shut up shop for the night.

When will you be opening?
We open to the public from 4pm Friday 18 October, and will be open Wednesday to Sunday every week after that. We’ll open from 4pm most days, but a little earlier on Saturday.

Where on Highcross Street will people be able to find you?
Right opposite the Highcross pub near the corner with the square. You won’t miss our retro Bacardi neon in the window.

63rd & First opens on Friday 18 October at 52a Highcross Street. You can keep up to date with them and find out more via Facebook and Instagram.