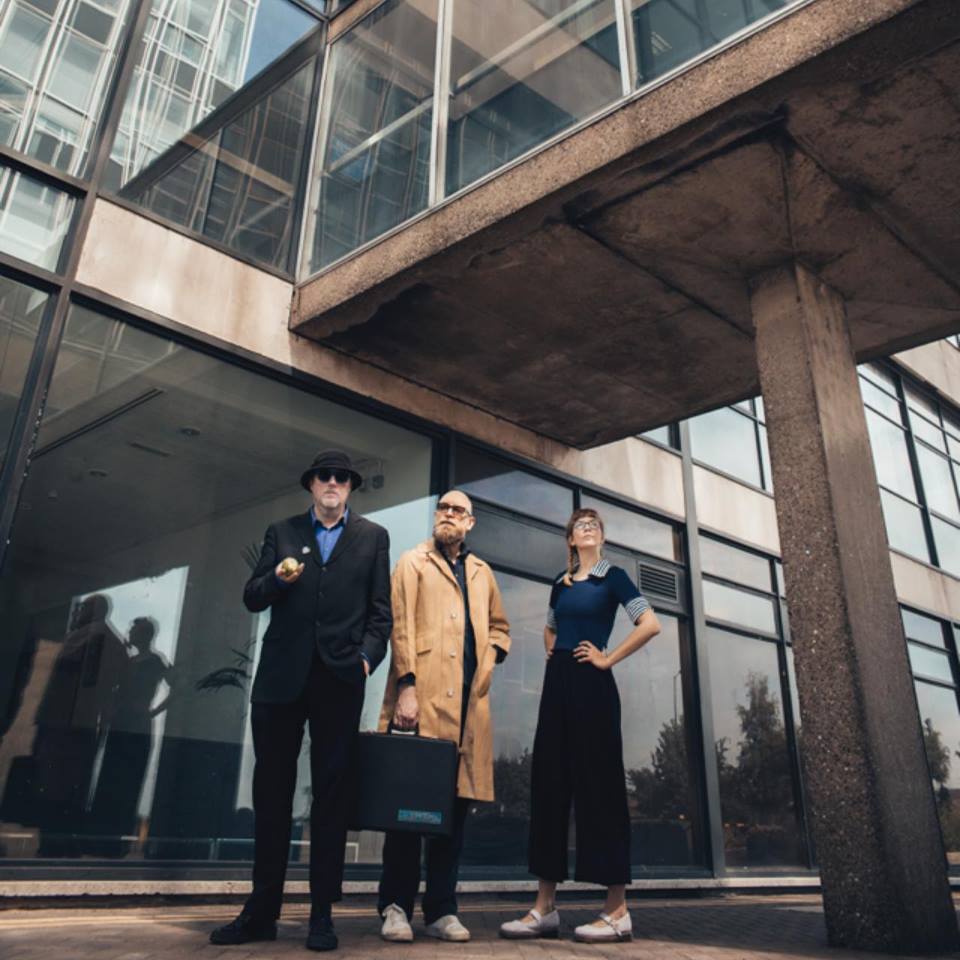 The Moonlandingz founders and co-songwriters Adrian Flanagan (The Eccentronic Research Council) and Dean Honer (All Seeing I) teamed up with The Soundcarriers and Whyte Horses lead singer, Leonore Wheatley, for outsider ‘nerd disco’ project, International Teachers of Pop. TICKETS.

Carrying on our conversations with faces across Leicester’s music scene, this week we’re chatting to the man behind The Robot Needs Home Collective, John Helps, about new lockdown performance project, HOME. With a series of exciting live streamed performances on the horizon we find out a little more about what we can expect. 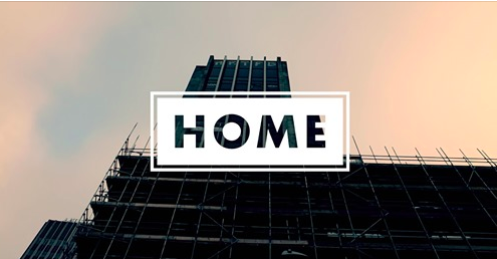 Tell us a little about HOME and what the event programme will entail?

Home is a series of ten free streamed gigs over ten weeks from ten completely unique spaces around Leicester. They run through the spring, starting on February 26th. It’s become a bit of a love letter to the city of Leicester – both to the musicians from here that we love, and to the buildings and the fabric of the city. It’s supported by Arts Council England which has enabled us to make it really high quality, make sure everyone is paid fairly, and make it free for people to watch and hopefully discover something new – whether its an artist or a space in the city they didn’t know existed.

Did you already have an idea of which unusual venues in Leicester you wanted to use before starting on the project?

We (The Robot Needs Home Collective) have been doing shows in weird spaces for a few years, so there were some obvious ones – Bishop Street Church is a real favourite of ours, as is Leicester Cathedral – but others came about fairly organically through ideas from the artists or just what each show needed. Courtney Askey mentioned she needed a piano, so we asked Leicester Museum if we could come in and use their Steinway grand for her performance, for example, which means she gets to play in the beautiful Victorian gallery there. I’m not sure we’ve had anywhere say a flat no to us coming in, which is really lovely. 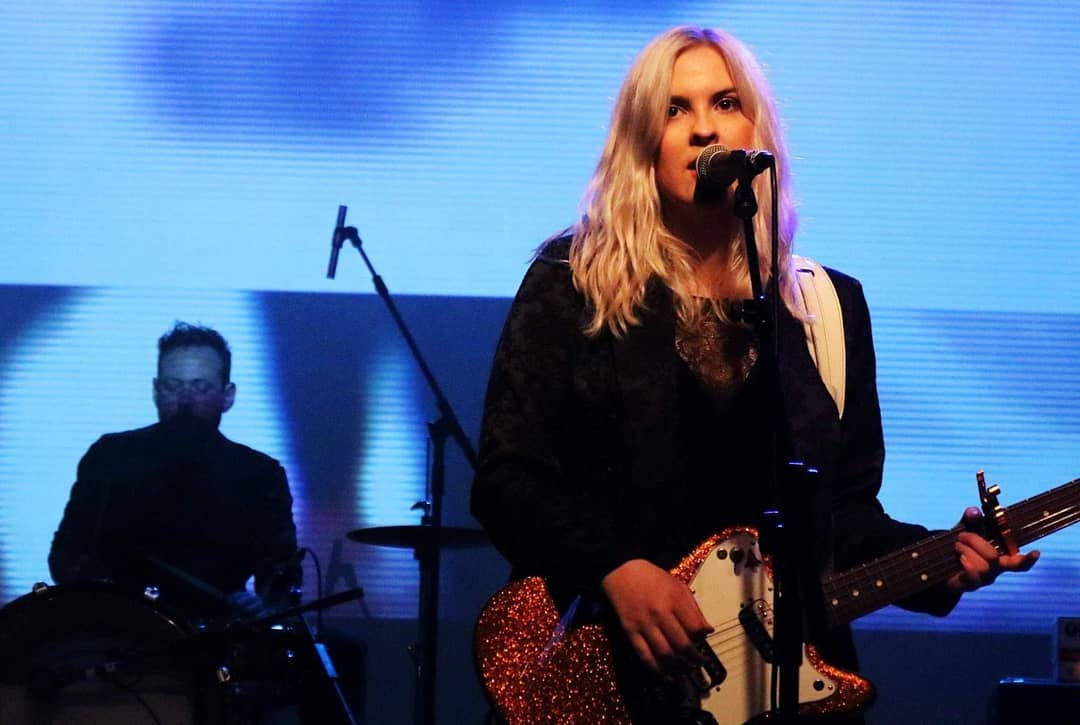 How have you selected the artists who’ll perform as part of it?

We’ve tried to build a cross section of artists we work with regularly and people we wish we worked with more. We listen to a lot of music across a lot of genres so its diverse, but there is a common thread… From Grace Petrie’s folk music to L’Keem’s ambitious rap… Leicester just has a lot of good music, so it was easy to pick. Again, no-one has said an outright no. Everyone we’ve asked has been super enthusiastic about doing it.

As someone who works in a number of areas of the live music industry, can you begin to sum up how the last year has been?

Slow! I’ve not really been able to do my job or the things I really enjoy in my spare time, so it’s been quiet, with the time spent figuring out how to make something out of what we have – this being the ultimate result of that I guess.

Are there any lockdown events/releases/projects that have stood out to you over recent months?

Leicester Comedy Festival have really smashed it out of the park delivering their festival fully online. I can only imagine how that must have felt as it crept closer, and having to switch to fully online so late. They’ve done an incredible job and I’ve already been to more shows than I normally would this year. 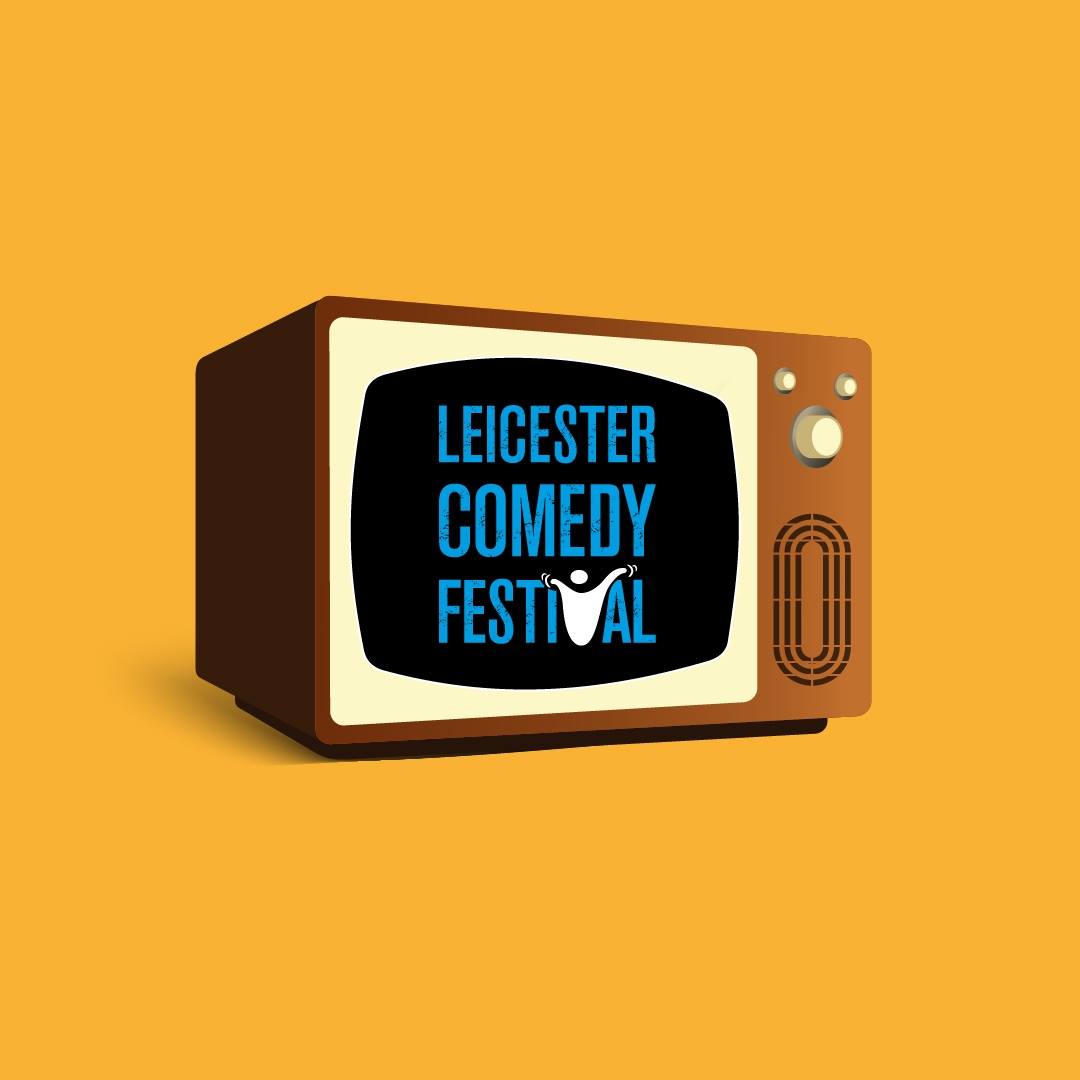 How important is the support that the Arts Council offer to venues and artists?

It’s funny, because traditionally the Arts Council haven’t really supported these sorts of grass roots music projects – at least that’s not what they’re known for. They introduced a new fund a few years ago aimed at correcting that, and this was funded through that. This really would not be possible in the same way, and to benefit so many people, if they hadn’t funded it. It’s really amazing that they have and it will have a lasting impact on the city I think, as the tools we’ve been able to buy will allow us to continue projects like this in the future.

What is it about the music scene in Leicester that makes it so special?

I’ve been answering this question for fifteen years and it’s always been the same thing – it’s so collaborative. People are willing to support each other whether they be venues, artists, labels, promoters… there isn’t really a rivalry to speak of. Competition is friendly. People lift each other up rather than stepping on each other to get ahead

Who are some of your favourite local artists or top recommendations?

I guess the ten we picked for this are obvious choices, which will be revealed over the coming weeks! Rather than give away too much of that, I was thinking about some of the bands that aren’t around any more that were really influential on us as an organisation and as people – Tired Irie, Public Relations Exercise, Her Name Is Calla, Herra Hidro, These Furrows, Fight Fire With Water… I can’t recommend checking out what they were all doing five or ten years ago enough. 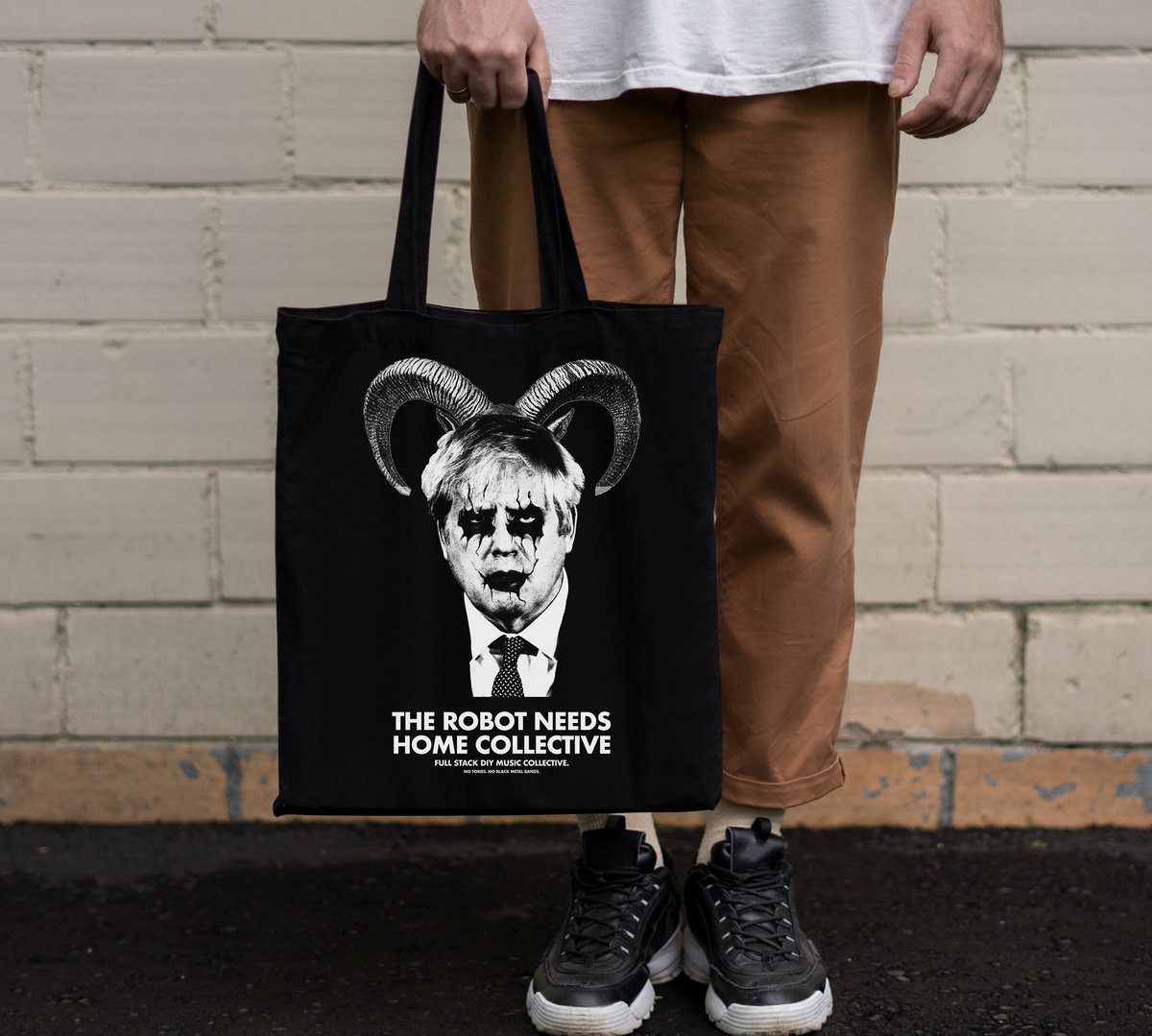 How can people further support local music, artists and venues through these times?

Buy their music and merch! Most acts have a bandcamp page where they sell stuff direct to fans. They make very little from you listening to their music on Spotify, so committing to paying a bit of money for their music is a real help.

If you could pick one gig as your first live gig to attend post event restrictions, who and where would it be

That is extremely tough. My two favourite shows I’ve been involved in in Leicester were Olafur Arnalds at Haymarket Theatre and Trail of Dead at The Cookie – so either of those.

Where can people find out more about HOME and watch the performances?

Head to the Robot Needs Home website and each stream will be posted as its available. There are events for all the shows as they’re announced over on our Facebook. 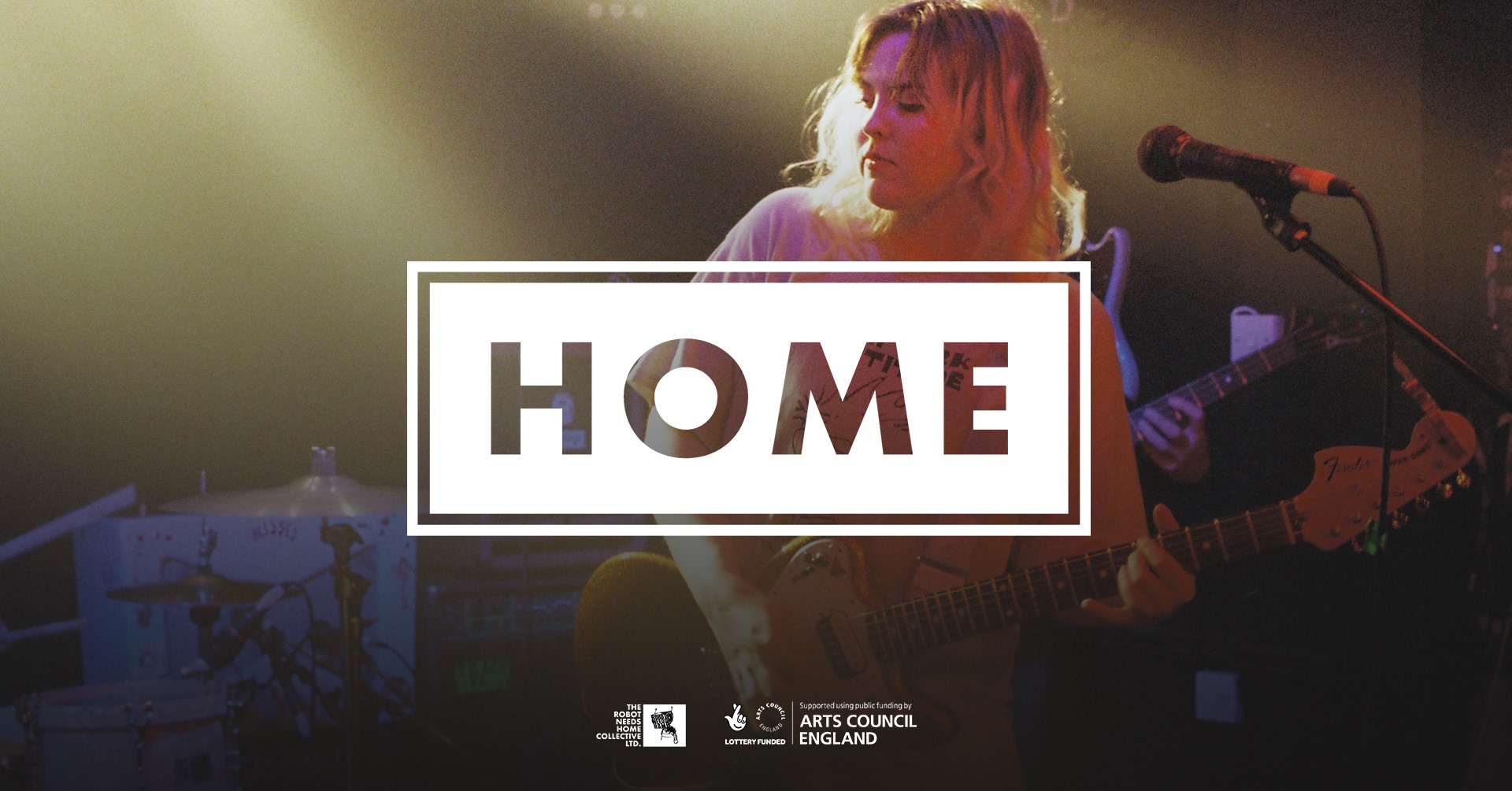