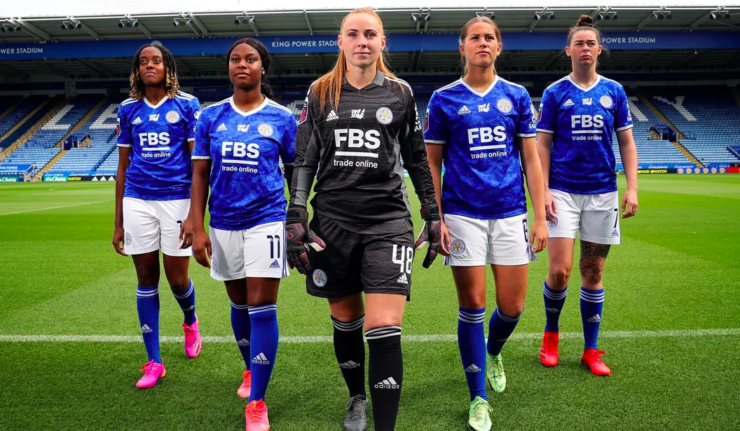 Season tickets are now on sale to see LCFC Women in their historic first WSL season, as they’re set to play fixtures at King Power Stadium.

The historic move to Filbert Way coincides with the Club’s first-ever campaign in the top-flight of women’s football following promotion from the FA Women’s Championship last term.

That means City’s first King Power Stadium fixture of the new campaign will be against Manchester United, kicking off at 2pm on Sunday 12 September.

Season Tickets are priced at just £40 for adults and £30 for over-65s/under-18s – prices that represent a significant saving compared to match-by-match attendance. Accompanied under-8s are free in both categories while Fox Travel will also be available to supporters. For full details on pricing and how to buy, click HERE.

The move to King Power Stadium further underlines the commitment of the Club to growing women’s football and comes after LCFC Women moved football operations to Belvoir Drive – becoming the only professional women’s team in the country to have a dedicated elite training facility.

With the majority of games to be played at King Power Stadium, Pirelli Stadium in Burton will serve as an alternative venue for matches on the occasions when scheduling clashes don’t allow for the games to take place on Filbert Way.