Few people know the Leicester music scene better than John Helps. From city-wide gig promotions and setting up Handmade Festival to launching Great Central, he’s had a hand in a number of the city’s leading collaborative music and arts projects.

This year his company, The Robot Needs Home Collective, celebrates 15 years of gig promotion, tour management, record label services and more. To mark the occasion they’re putting on a number of special gigs including a birthday show at The Cookie on Saturday 21 December, which will see performances from acts including These Furrows, Speaking in Italics and Waking Aida.

We caught up with John to find out about his plans to celebrate 15 years and how the DIY music landscape has changed.

The Robot Needs Home Collective turns 15 years old this year, did you image when you started out that you’d be here celebrating 15 years later?

Absolutely not! It was a project I started at uni to put on my own band and friends bands. Even the name was a throwaway idea that we came up with in two minutes. It is endlessly surprising and pleasing that I’m still able to do it now. It’s grown beyond anything I imagined and is now a (more than) full time job. Wish I’d spent a bit more time on the name though.

The collective includes promotion, touring services, a record label and more; what have been some of your personal highlights from the last 15 years?

Putting Foals on at The Luminaire in London was an early landmark, but obviously we didn’t know they’d go on to be the band they are today. This year we put Olafur Arnalds, the Icelandic composer of the Broadchurch soundtrack on in Haymarket Theatre to a near sold out audience and that was the real pinnacle of what we’ve been trying to do with bringing interesting and spectacular shows to Leicester. I just like putting music that takes you a little out of your comfort zone in front of people. The reward when it really touches people is huge.

On the touring side of things, getting to travel across five continents with some of the loveliest bands in the world (and some not so lovely ones) has been super rewarding. Getting to join Leicester’s own Grace Petrie for shows supporting Frank Turner at Alexandra Palace was a recent highlight. 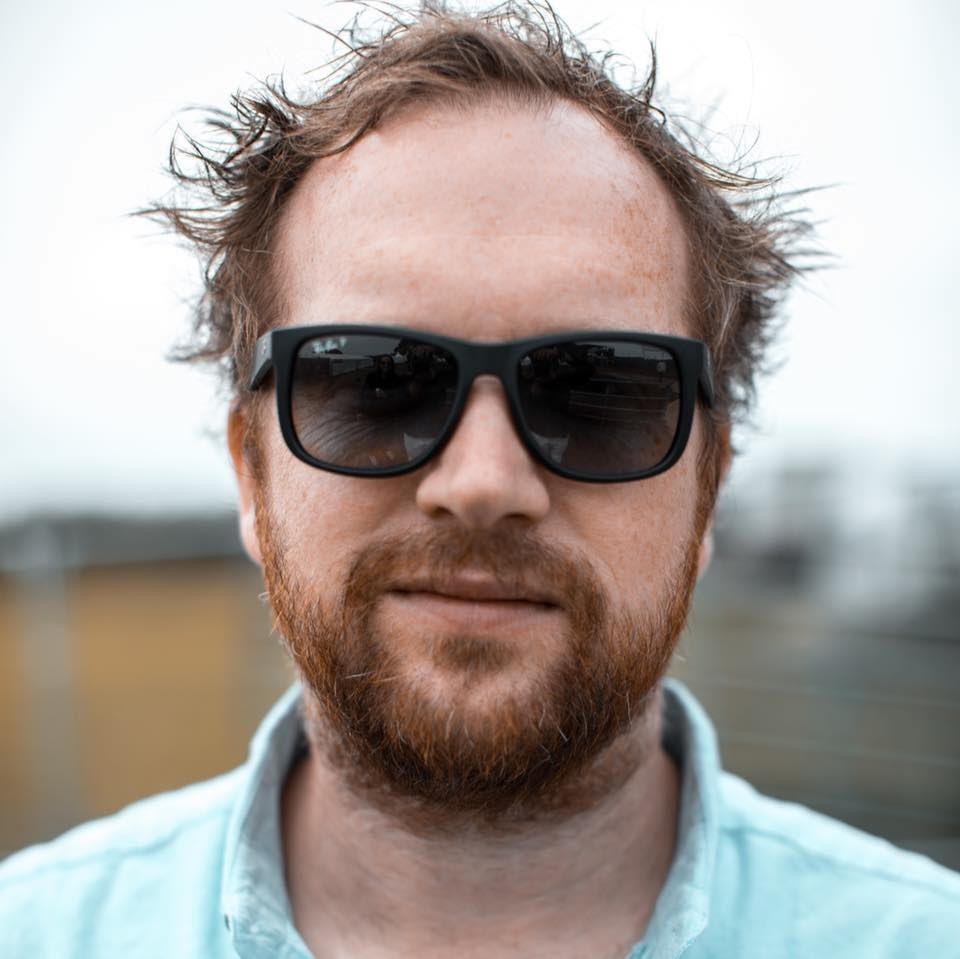 To celebrate the 15 years you have a series of gigs taking place at venues across Leicester, including Get Cape Wear Cape Fly, Nordic Giants and Kelly Moran to name a few. How did you set about programming for the birthday events?

We’re doing some of our regular shows through until November – a series of piano shows including Kelly Moran, Lambert and David Allred through October as well as a handful of others – but December is when the 15th Anniversary shows really get going with a couple of weeks of near solid shows from friends old and new across the whole spectrum of what we’ve been bringing to the city over the 15 years. Some things fell in to place by coincidence – Japanese experimentalists Boris are a band we’ve been trying to bring to the city for a long time and it just kind of fell in to place. Around that we’ve gone back to some friends of ours that we’ve been working with for years, and some others that we’ve been wanting to put on for a while. It’s a bit of everything really.

You’ve been very active in promoting the DIY scene in Leicester, what advice would you offer to other promoters starting out?

Be prepared to lose a lot of money. Leicester is a really hard city to bring acts to as the audience is disproportionately small, and if you’re not specifically catering to mass market audiences, you’re going to have a hard time. There is a dwindling set of tools to help with promoting events and reaching new audiences in the city. We’ve worked hard to build a ‘brand’ around the shows, so some people will come and check out some of the acts we bring to the city just because our name is attached – and that’s really important when you’re bringing a large number of essentially unknown names to the city. The most important thing is to put audiences and artists first. Make people feel welcome and looked after and they’ll keep coming back.

Reaching a milestone birthday, what are some of the main changes you’ve seen in the Leicester music scene during that time?

We’ve seen venues come and go and people scream that their closure meant the end of the music scene (spoiler alert: it didn’t). We’ve seen people demand an arena when we can’t fill the venues we do have. We’ve seen peaks and troughs of interesting music being created in the city (I like to think it’s creatively peaking at the moment with a brilliant scene of DIY bands, but that definitely hasn’t always been the case). Everything’s a cycle really. 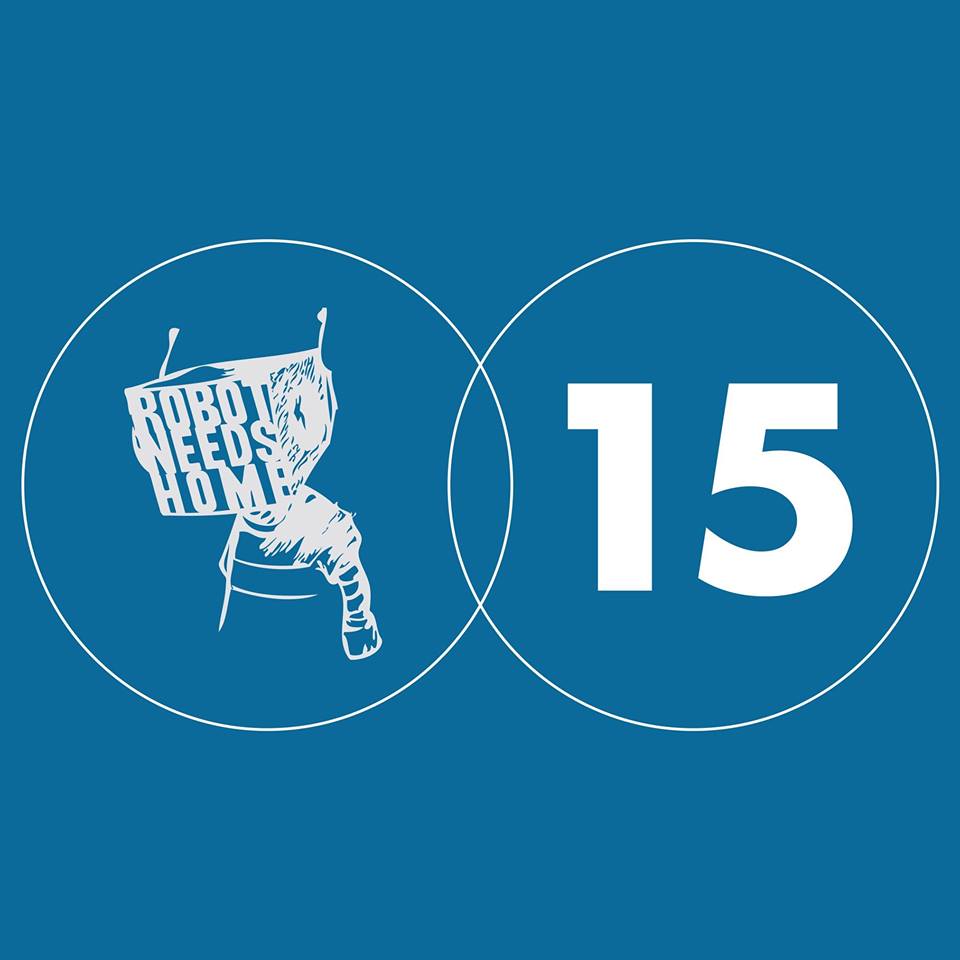 How positive do you feel about the future of the city’s scene?

Neither optimistic nor pessimistic really. We have a handful of acts making a national impact, across a broad spectrum of music – Mahalia, Grace Petrie and Easy Life to name three, and a really vibrant DIY scene. We also have an underfunded city council who can’t prioritise supporting local music and creativity, and fragmented efforts to create large scale music events. A little more collaboration and unity is needed to “put leicester back on the musical map”. Something I’ve heard people saying endlessly over the last 15 years. I feel like collaboration is something Robot Needs Home has been good at fostering – bringing people together to create Handmade and Great Central and numerous other things over the years.

Do you have any artists still very much on the RNH wishlist?

We always have a list as long as our arm, but it’s hard to single anyone out really!

Once the 15th birthday celebrations are over and we head into 2020, what does RNH have planned for next year?

We’re actually going to be taking a bit of a step back from promoting shows. Our touring work is keeping me very busy and it’s time to prioritise that I think. We’ll still do a few major events, and support the acts that we ‘look after’ from within Leicester and beyond, but you’ll definitely be seeing less of us in Leicester for sure. Although I have said this maybe 30 times over the 15 years so we’ll see.

To keep up to date with all of the latest news and events from The Robot Needs Home Collective, including their 15th birthday party on Saturday 21 December, you can visit www.robotneedshome.com and follow them on Twitter and Facebook.

Tickets for the birthday party gig on Saturday 21 December are on sale from Gigantic.