There aren’t many places in Leicester spookier than The Guildhall, so what could make a more perfect setting for a series of Halloween screenings? They’ve teamed up with Filmtramp to present some spooky movie fun for all ages this Halloween, and we caught up with them to find out more in this week’s BID Spotlight feature.

Taking place on Sunday 27 October The Guildhall will host a full day of scary screenings with something for all the family. Starting off with Edward Scissorhands (1pm – 3pm), followed by Blithe Spirit (4pm – 6pm), the day will then finish with the terrifying classic, The Shining (6.30pm – 8.30pm). Tickets for each of the films are priced at £7 but there’s a special deal to catch 2 films for just £10.

We caught up with the museum’s marketing team to find out more!

What can visitors expect from this year’s Halloween screenings at Guildhall?

The Guildhall is holding a triple bill of classic scary films for Halloween in the Great Hall.  We have Edward Scissorhands a 1990’s  dark fantasy film starring Johnny Depp , directed by Tim Burton romantic at 1pm, which is great for families.

We then have Blithe Spirit at 4pm, a 1945 a British fantasy comedy and finally The Shining at 6.30pm  a 1980s horror film directed by Stanley Kubrick, Starring Jack Nicholson and Shelley Duvall… “Here’s Johnny!”

What is it about The Guildhall that makes it a perfect Halloween setting?

The Guildhall is a fantastic haunted venue to watch a scary film for Halloween!  It is one of Leicester’s oldest medieval buildings where many ghosts have supposedly been seen over the years.  We show the films in the Great Hall with a roaring fire which creates a great atmosphere and setting to watch some Halloween classics, we also have a licensed bar to help calm your nerves!

What are some of the other supposedly haunted spots in Leicester?

There are many haunted spots in Leicester, and the museums have had a few sightings of ghosts. Belgrave Hall has had a few sightings and the area around Newarke Houses Museum, the Newarke and the Castle are seeped inn history and hold many secrets! In fact there are a series of guided Ghostwalks around that area on 30th & 31st October and 27th  November for those who want to learn more about it. 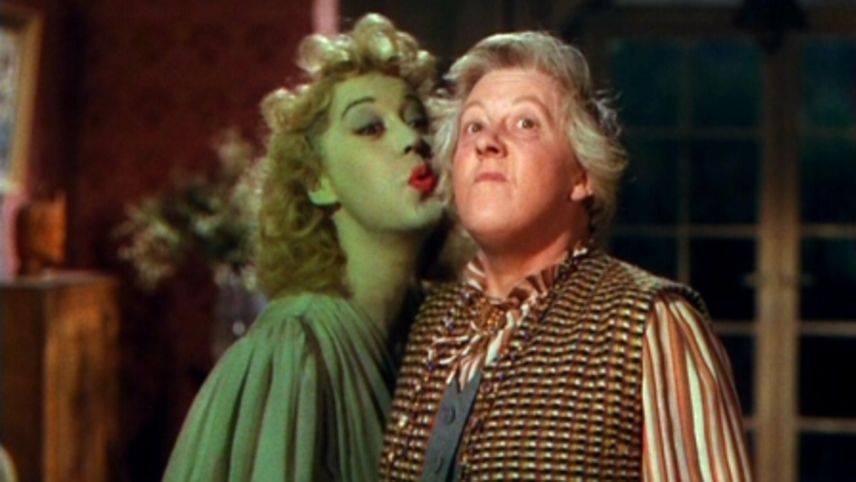 Are the screenings family friendly?

Edward Scissorhands is our recommended family friendly Halloween film. The Shining and Blithe Spirit are aimed at scaring a more grown up audience!