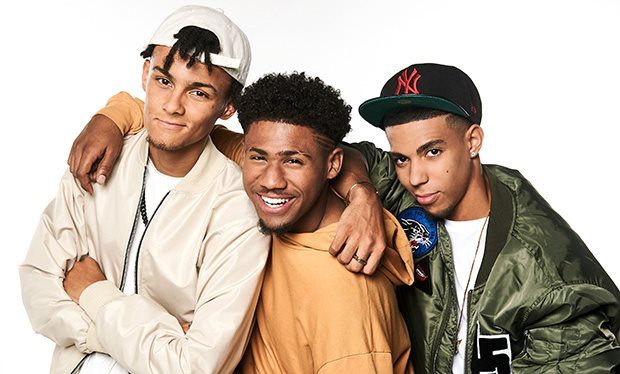 Leicester’s no stranger to homegrown X Factor talent and we’ll be welcoming back this year’s star as Jordan, Nathan and Leicester-born Kieran from 5 After Midnight will be travelling to Leicester on their very own battle bus for a special performance in a bid on Tuesday to secure the votes they need to win that life-changing recording contract. This is the X Factor’s final week of competition – with the winner being crowned on Sunday evening, so securing every vote matters.

The boyband, who have shot to fame on this year’s series, will be performing at the Athena in Leicester on Tuesday 6th December and will be joined by their mentor Louis Walsh.

Tickets are FREE and can be collected between 10am and 4pm from the venue. These are available on a first come first serve basis. Fans can expect to see red carpet arrivals from 6.30pm with doors for the performance opening at 7.30pm.

As if that’s not enough, 5 After Midnight will be at St Peter’s Square in Highcross for a meet and greet with fans at 4pm.