Leicester is set to host another major sports event as Matchroom Multi Sport announce the 2019 World Cup of Pool will take place at Morningside Arena from Tuesday 25 June until Sunday 30 June. The event will also be live on Sky Sports and networks around the world.

Bringing together the world’s best players in 32 two-man teams, the World Cup of Pool is one of 9-ball’s major events and features the biggest stars from around the globe.

China’s pairing of Wu Jiaqing and Liu Haitao are defending champions after battling past the likes of Spain, Chinese Taipei and Austria to lift the trophy in Shanghai last year. But they’ll have to fend off competition from powerhouse nations such as Philippines, USA and Great Britain if they are to become the first country to successfully defend their World Cup of Pool crown. 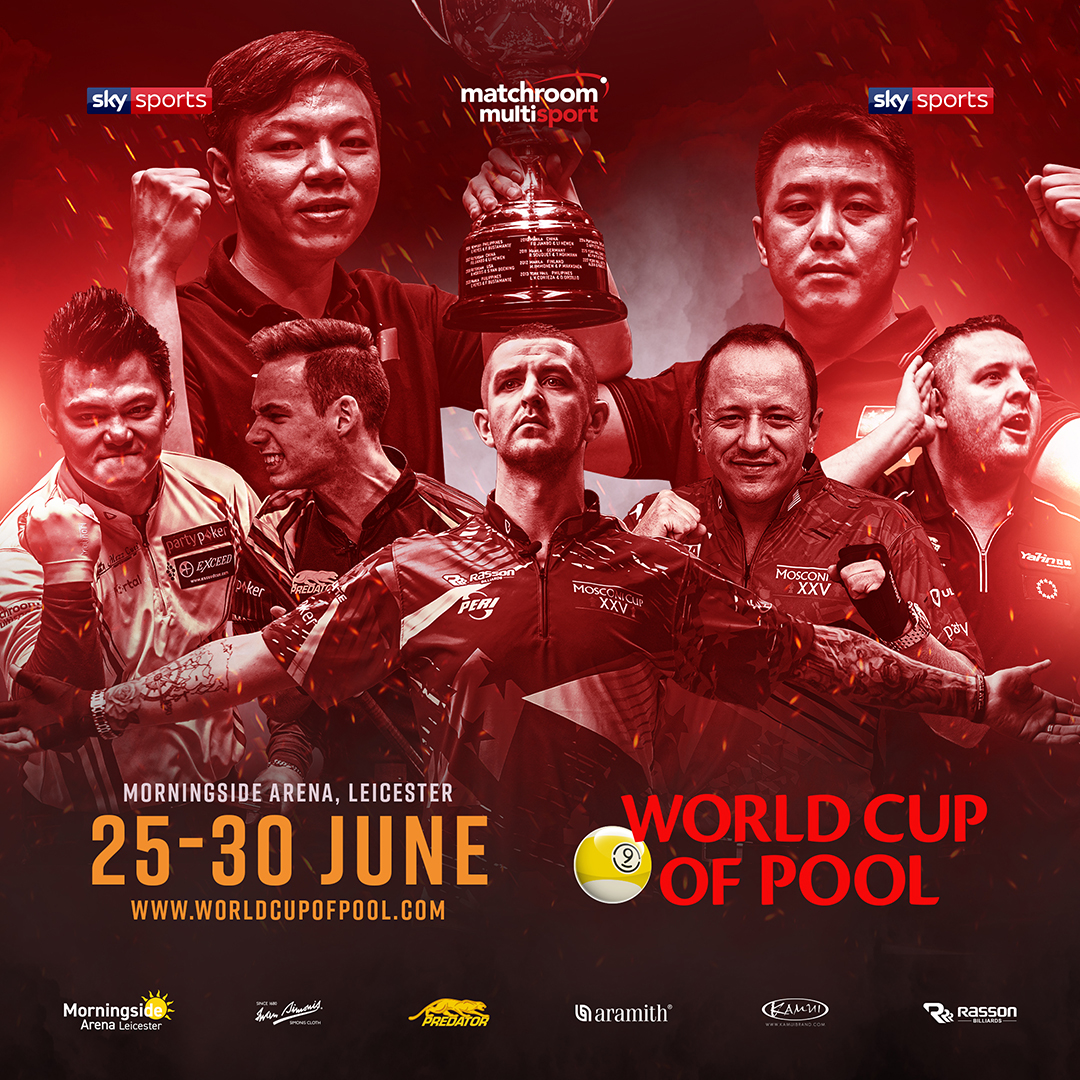 Matchroom Sport Chairman Barry Hearn said: “We are thrilled that the World Cup of Pool will return to the UK, bringing 64 of the sport’s very best players to Leicester for this exciting event.

“The World Cup is one of the stand-out tournaments in the 9-ball calendar and this is a great opportunity for the people of Leicester and the East Midlands to see some of the very best players in the world on their doorstep.”