Yes, the Premier League is back and we’ve teamed up with Chang Beer to give away 2 tickets to Leicester City’s first fixture of the new campaign, at home to Wolves on Sunday 11 August. The game is completely sold out, so read on for how to get your hands on the tickets!

We’ve had a rummage through our LCFC memory box and dug out this old signed shirt. All we want you to do is guess which player’s name and squad number is printed on the back. All correct guesses will go into a hat and the winner will be drawn at random. Easy enough, right? 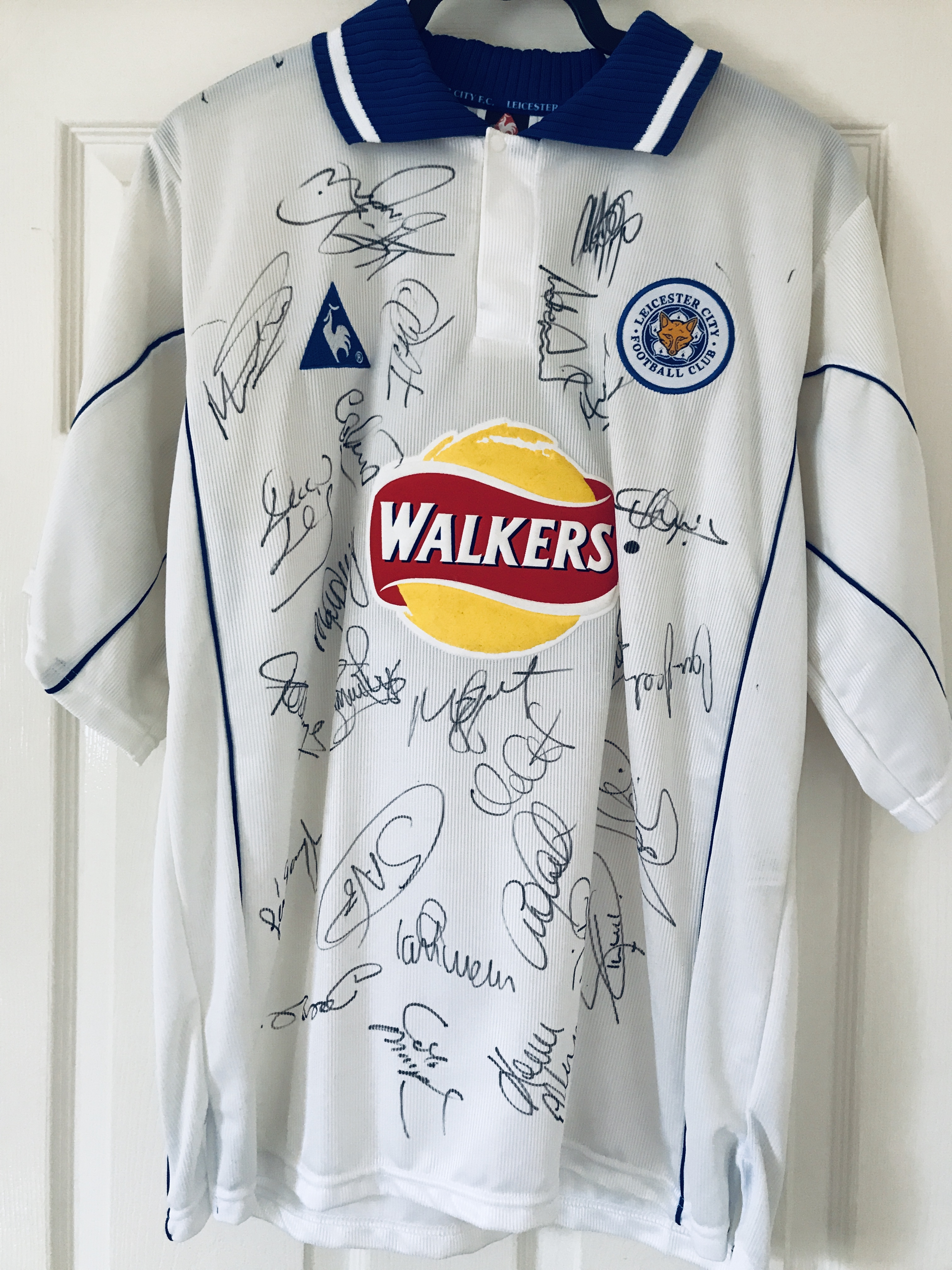 The competition will run across Cool As Leicester’s Facebook, Instagram and Twitter and each person is allowed a maximum of 3 guesses across all channels (so either 3 on Facebook, or 1 on each channel), so you can’t just rattle off the whole squad!

Entries close at 8pm on Thursday 8 August and the answer will be revealed on Thursday evening. We will draw and announce the winner on Friday 9 August.

The prize is 2 standard tickets in the Home end for Leicester City v Wolves on Sunday 11 August, 2pm kick off. There is no cash alternative. Ticket collection will be arranged directly with the winner. 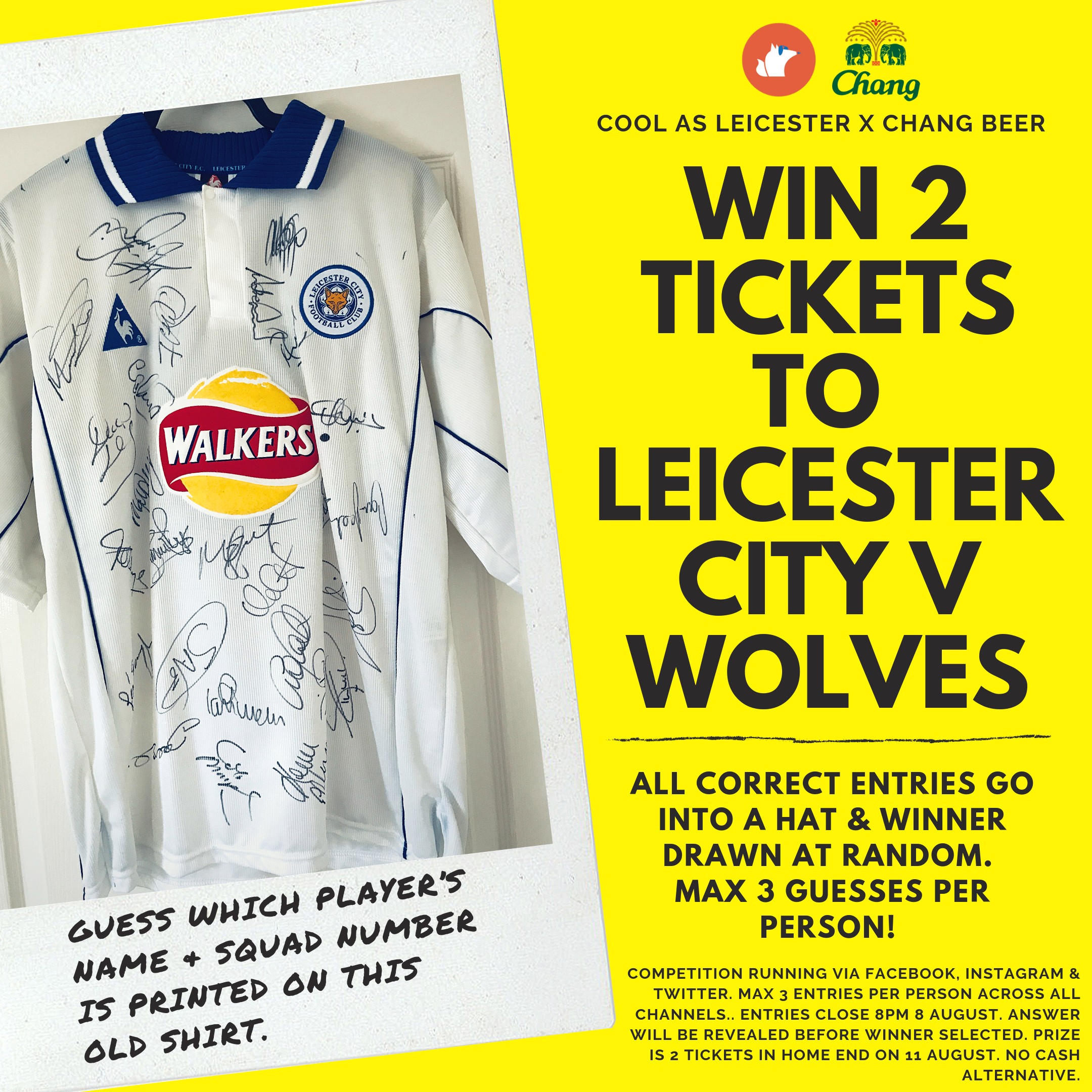