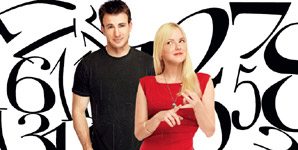 We’ve got more free cinema tickets for you as the preview for new romantic comedy What’s Your Number hits the Odeon on 19th September.

The film, which focusses on a girl who reads a magazine article which tells her that woman who’ve had more than 20 partners in life have little chance on getting married, stars Anna Faris and is released on 30th September. You can grab your free tickets for the film by heading HERE and entering the code 349870. Please note you’ll need to be registered on the site.

These tickets get snapped up quickly so be quick!