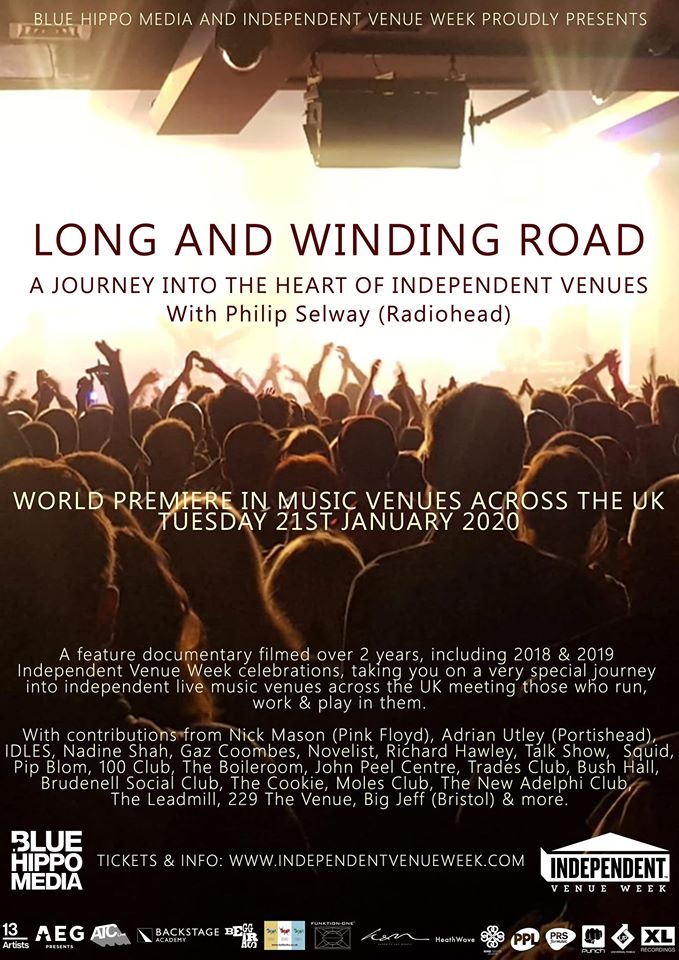 The Cookie will be showing the Midlands Film Premiere of ‘Long and Winding Road’. A feature documentary filmed over 2 years taking you on a very special journey into independent live music venues across the UK meeting those who run, work & play in them. The documentary features contributions from Pink Floyd, Portishead, Idles, Nadine Shah, Gaz Coombes, Richard Hawley and other key grassroots music venues across the UK. TICKETS. 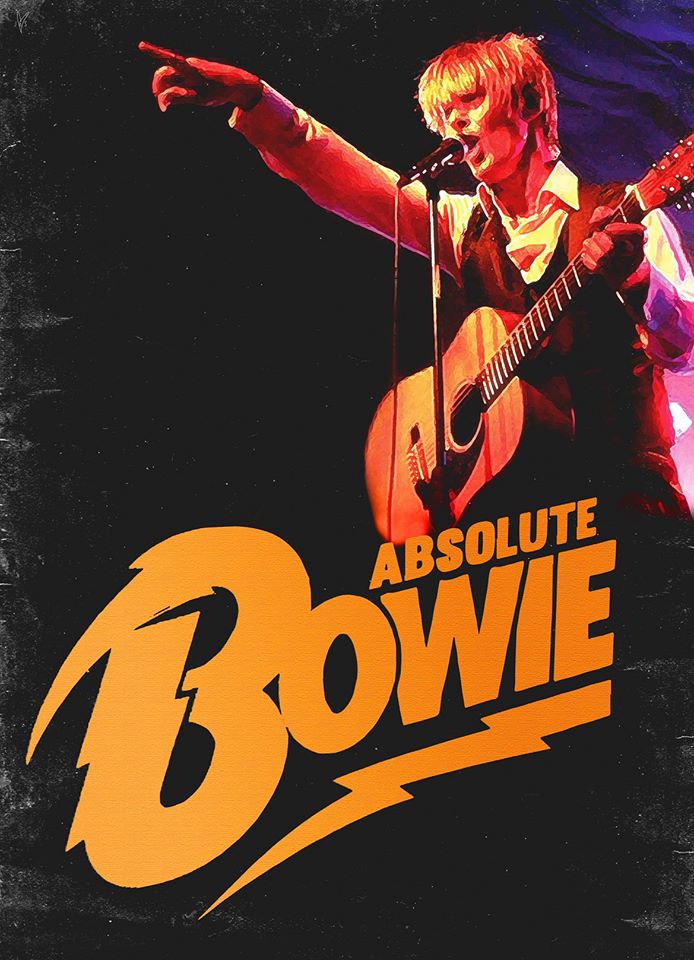 Prepare to be taken from A to Z (Absolute Beginners to Ziggy!) with Stations to Station in between. Now in their 12th year of touring, they’re winners of the ‘Best Bowie Tribute’ and ‘Best Tribute Band in the UK’ at the Agents Association of Great Britain Awards. TICKETS. 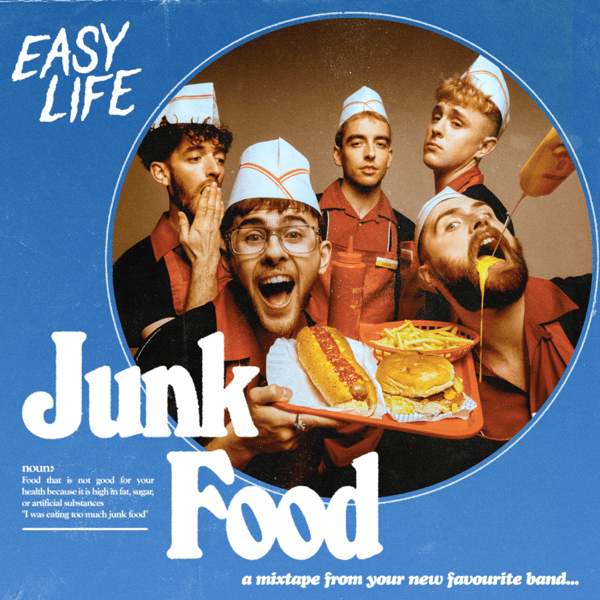 Easy Life are heading for the highest new entry spot on this week’s Official Album Chart. You can order Junk Food from their official store.

Open Mic – The Soundhouse
Tuesday 14 January (and every Tuesday) 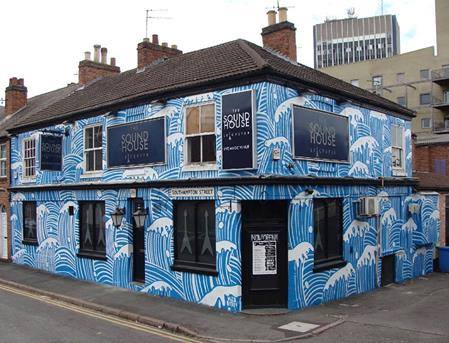 The weekly open mic happens at The Soundhouse every Tuesday night from 7.30pm. The night is hosted by Rhett Barrow and acts are encouraged to arrive early if hoping to get a slot. Each week there’ll be a featured artist play from 9.30 – 10pm, so if you’re wanting to play a longer set then get your name down. Discover some brilliant new acts. The Soundhouse is on Southampton Street in the Cultural Quarter. FREE ENTRY. 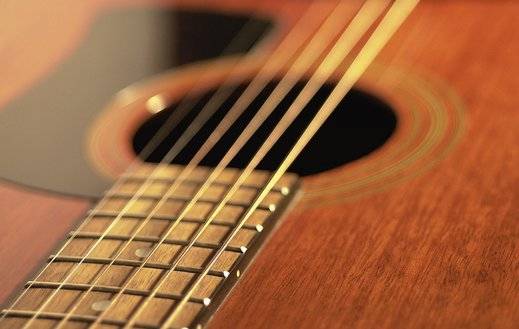 Every Tuesday at 8.30pm a friendly group of music lovers meet in the bar, to play, sing or just to listen to an informal acoustic session. FREE ENTRY.

James Oliver has already rubbed shoulders with many of the greats of the guitar firmament. Now, having recorded three vital, very contemporary albums with his band Glas, he is preparing to write a new chapter of not only his career but also Welsh music history. TICKETS. 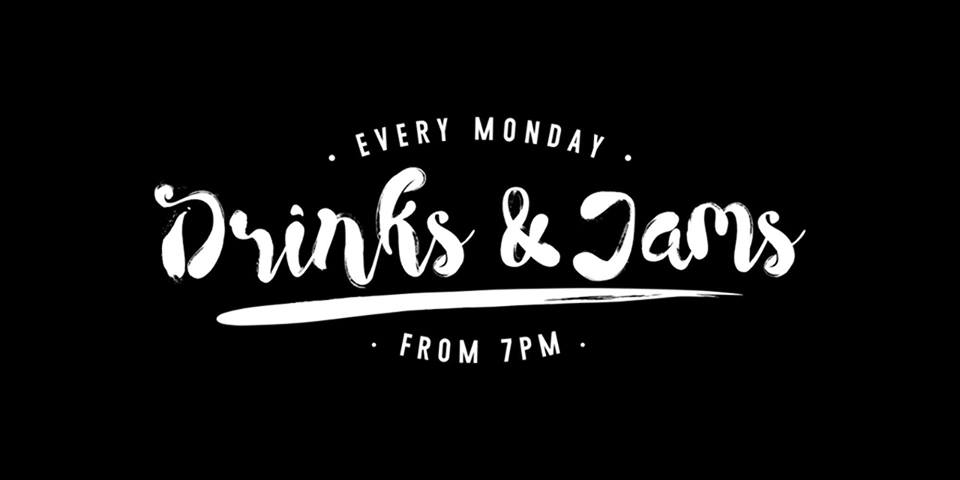 Every Thursday it’s open mic night at The Shed as they host Drinks & Jams. It kicks off at 7.30pm but you can arrive from 7pm to sign up to play. Each week there is a featured act on at 9.15pm. Friendly atmosphere, drinks offers and a great early start to the weekend. 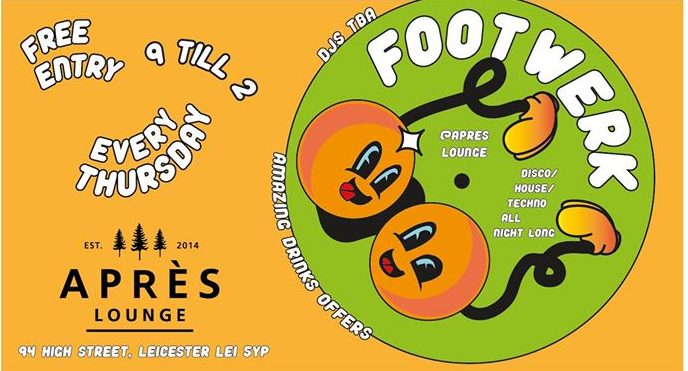 A night all things Disco/House and Techno every Thursday with some of the best up and coming DJs Leicester has to offer along with amazing drinks deals. 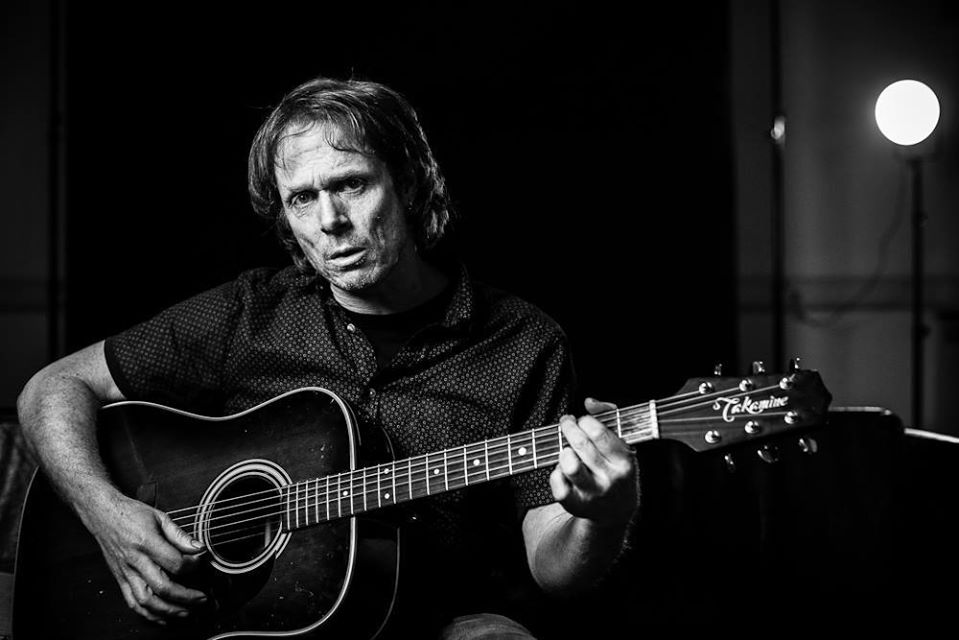 Taking inspiration from Steve Earle and The Dukes or Tom Petty and The Heartbreakers Stevie Jones and The Wildfires deliver their own unique blend of modern alternative rock centred around powerful acoustic-based songwriting. TICKETS. 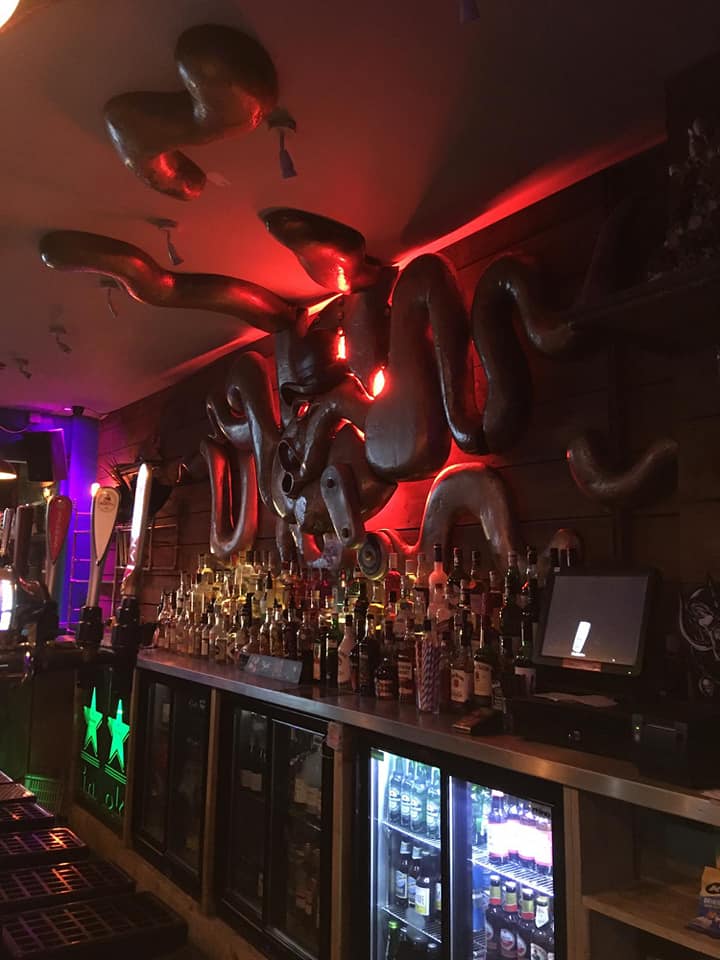 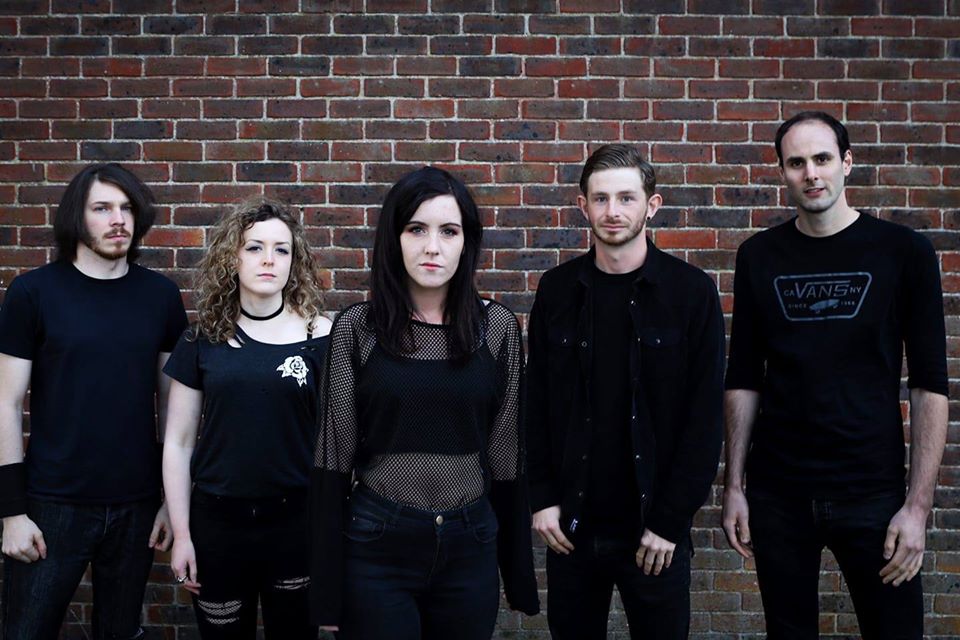 Southampton alternative rock band, Reawaken will be headlining Firebug with support from Reaper, Beyond Your Design and Devastator. £5 tickets if you post your name on the event wall or £7 on the door. 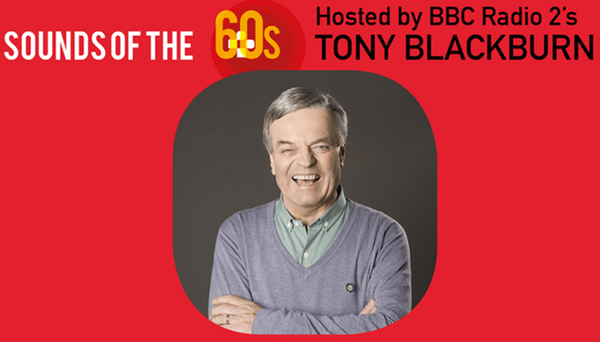 Join Radio 2’s legendary DJ, Tony Blackburn, for an evening of 60s classics performed live by the Sounds Of The 60s All Star Band & Singers. TICKETS. 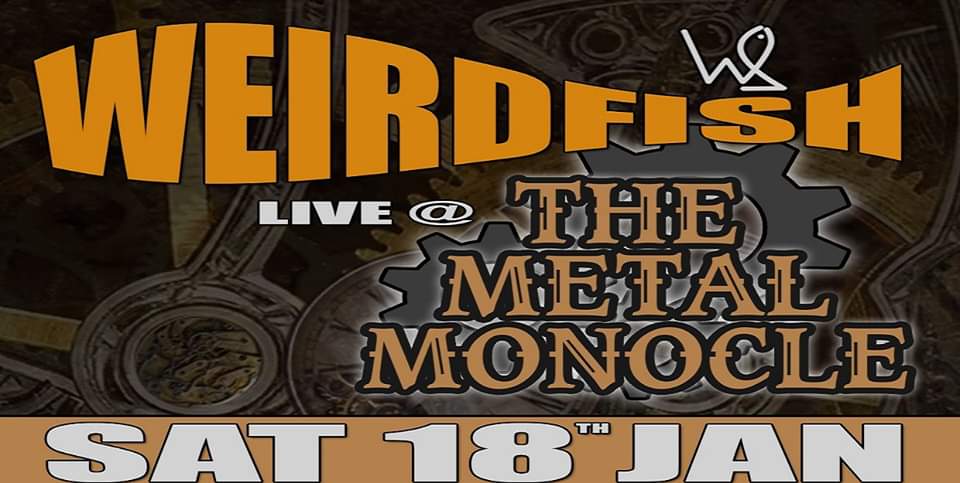 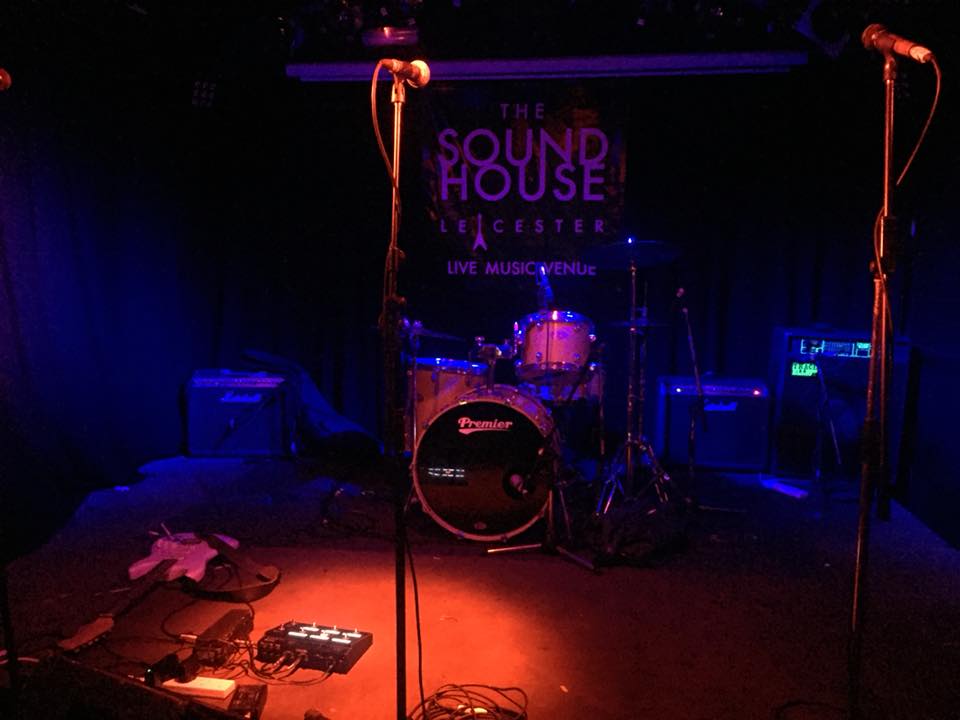 Head down and support some excellent local bands and musicians as they audition for a slot at Western Park Festival this summer. Multiple acts on each night. £4 on the door. 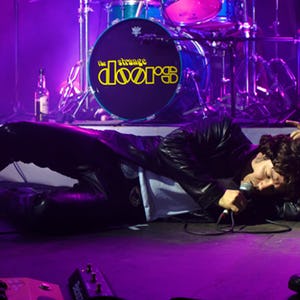 The Strange Doors is a Doors tribute band that takes you back in time by recreating the sights and sounds of the legends you know and love. This band doesn’t just replicate the studio versions of Doors classics; they actually recreate the live Doors experience. TICKETS. 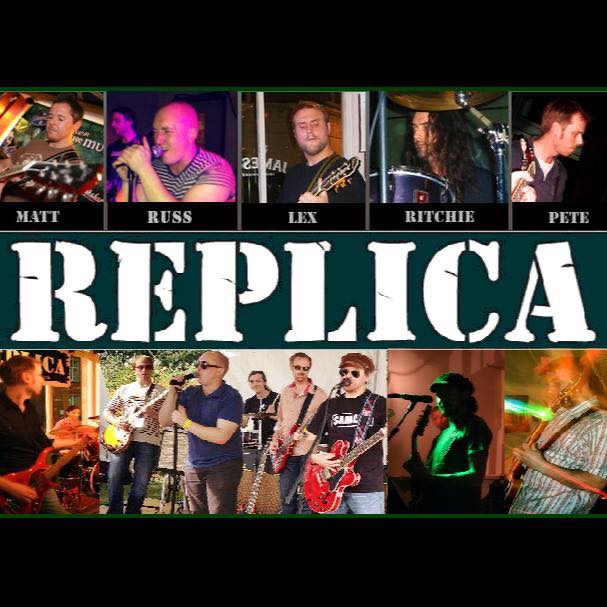 Blow away those January cobwebs with party band, Replica, live at O’Neill’s on Saturday night. Music from 9pm. FREE ENTRY. 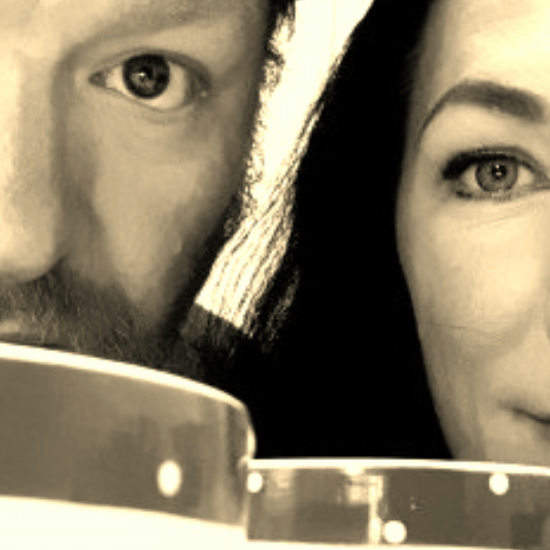 Join Lizzy and Paul for a night of eclectic songs, with acoustic guitar, bass, ukulele and more. FREE ENTRY. 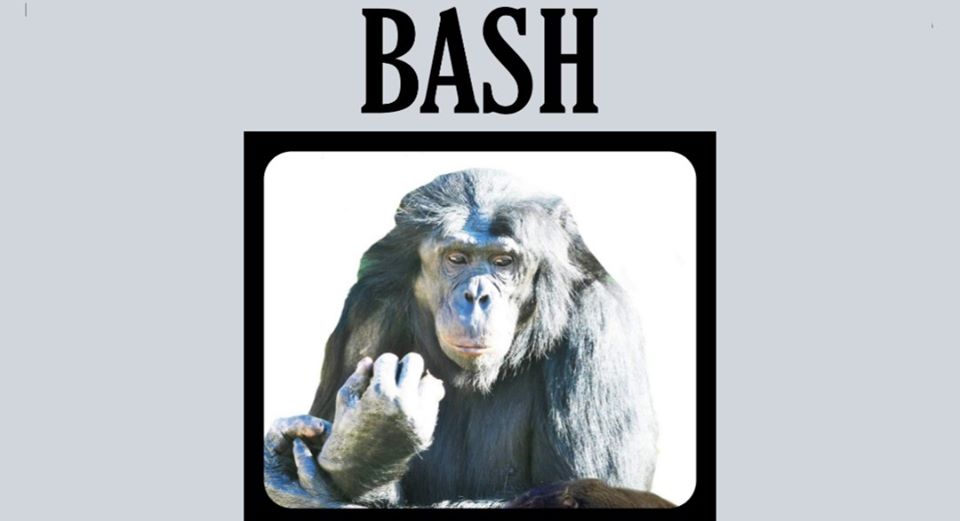 Back by popular demand, Bash will be shaking up your Saturday night at The Barley Mow. Music from 9pm. FREE ENTRY. 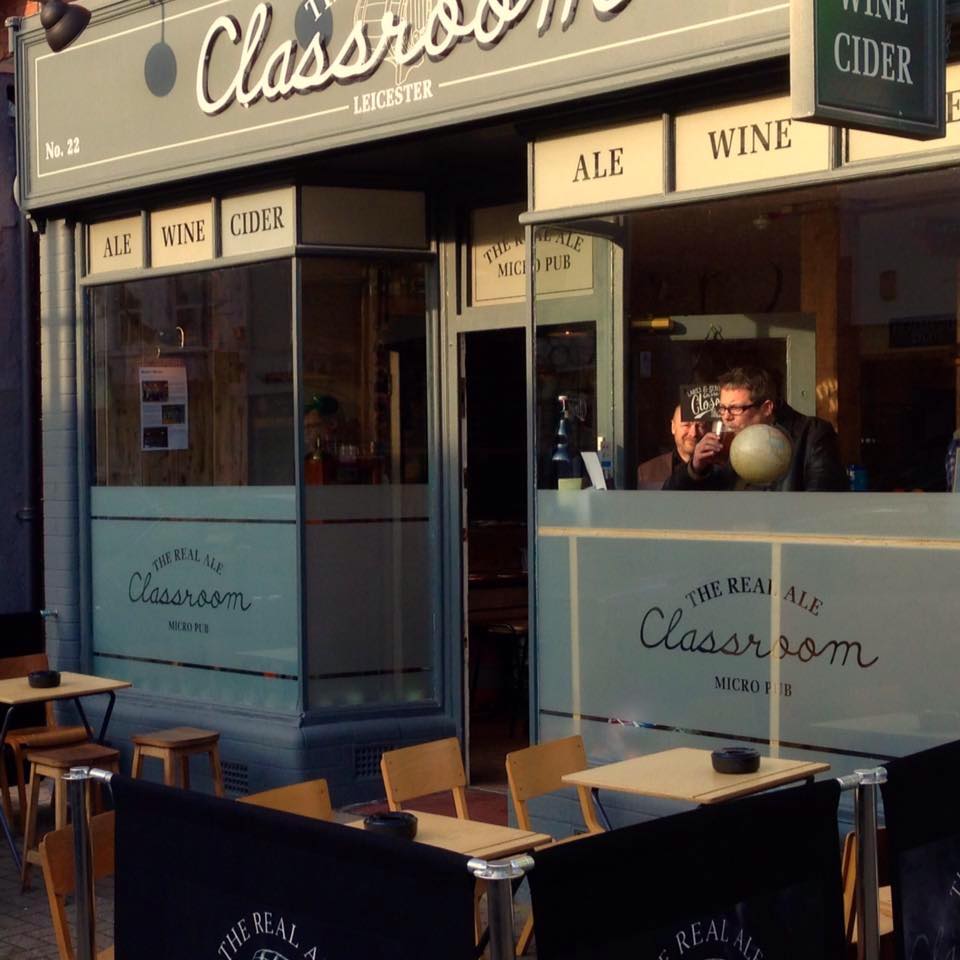 Enjoy a Sunday afternoon of chilled music and quality drinks. Music from 3pm and arrive early if you’d like a slot to play (free drink for every performer). FREE ENTRY. 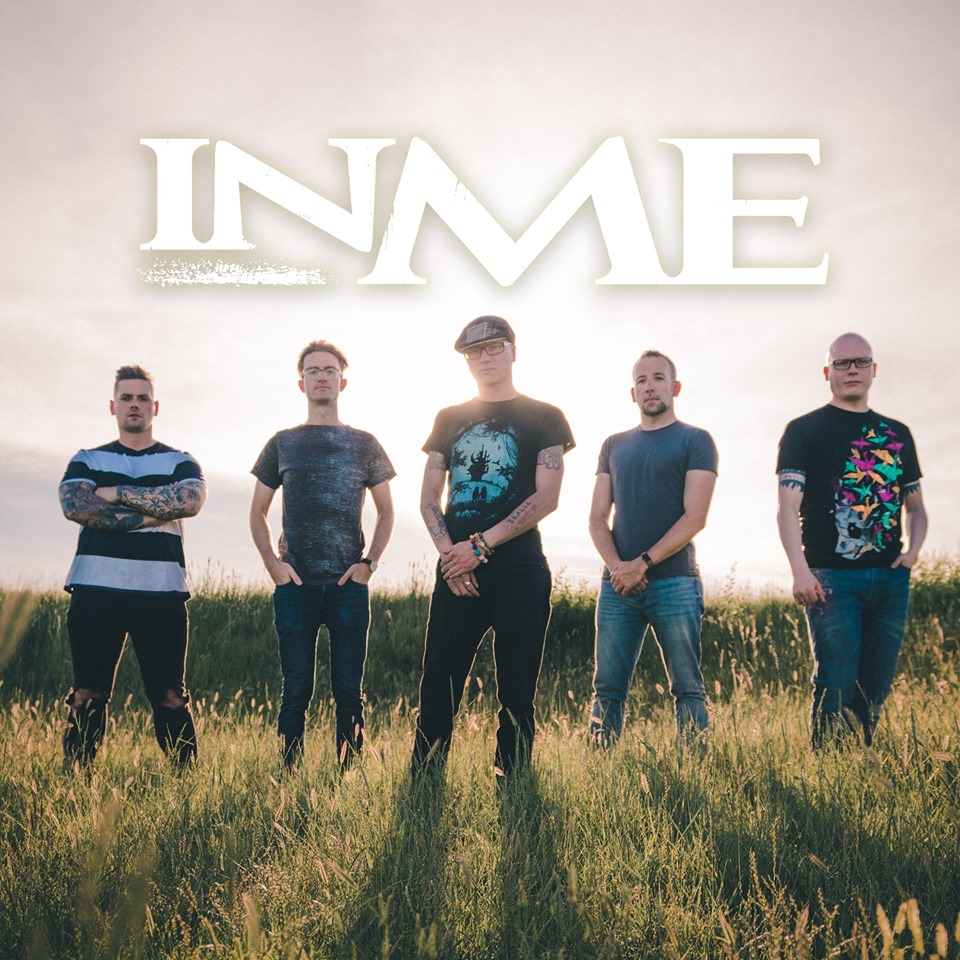 With 6 studio albums to their name, they have an army of fans and have toured with the likes of Alien Ant Farm, The Rasmus, Nickelback, Limp Bizkit, Pendulum, Deftones, Serj Tankian, Staind, Feeder and Biffy Clyro as well as having played massive festivals such as Reading, Sonisphere and Download. TICKETS. 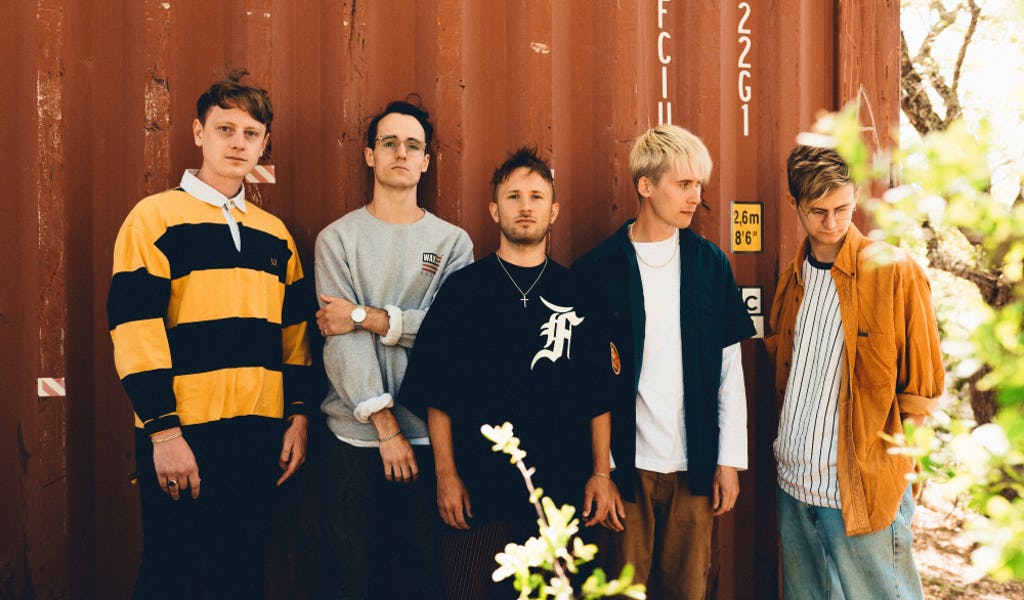 ROAM are in Leicester for Independent Venue Week as part of their tour playing some smaller than usual rooms. The five piece from Brighton deliver performances fizzing with energy and melodic pop punk brilliance. The band take their cues from the likes of New Found Glory, Blink-182, Sum 41 and Simple Plan, and will be celebrating their most recent record Smile Wide. TICKETS. 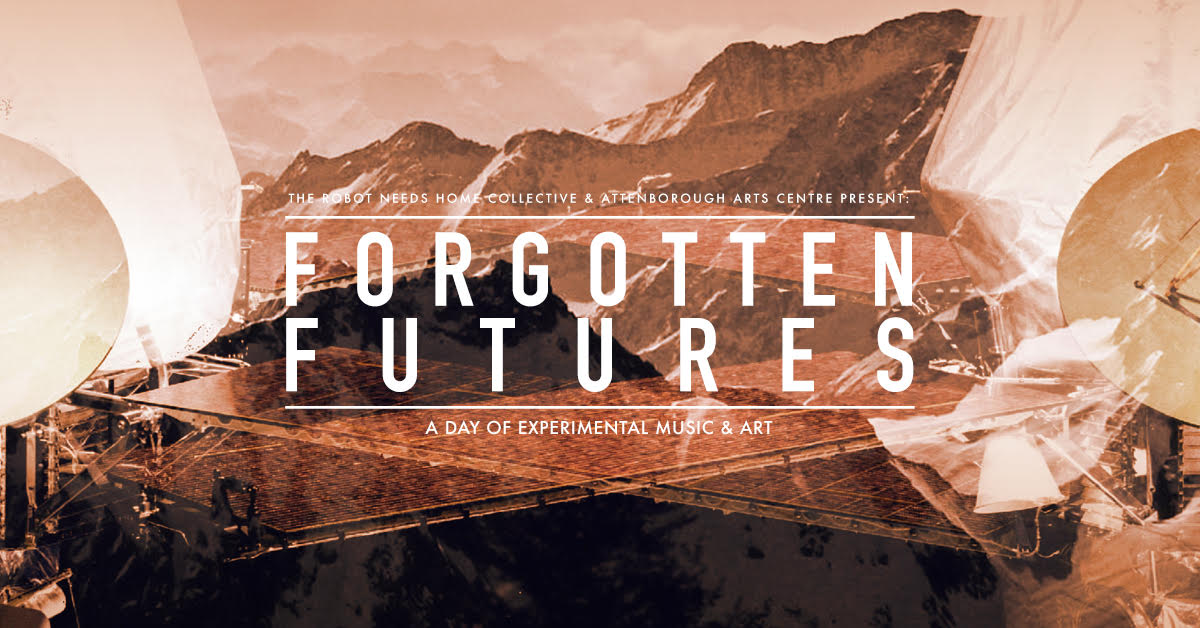 A new all day event from The Robot Needs Home Collective taking over all of the Attenborough Arts Centre, and filling them with music and art – often simultaneously. Expect exciting acts, interesting music, intriguing art and more. Early bird tickets on sale now with first acts announced soon. TICKETS.

Gorse Hill City Farm has sadly been selected as one of the venues set to lose council funding. Now a fundraising gig is being held at The Shed to help raise funds for the family friendly attraction. The gig, organised by Phono Media and Arclight Promotions, will be held on Saturday 25 January will raise funds for the farm park and animals, so that Leicester families and children still get to enjoy the facilities. We caught up with organiser, Helena Hughes, to find out more about it. 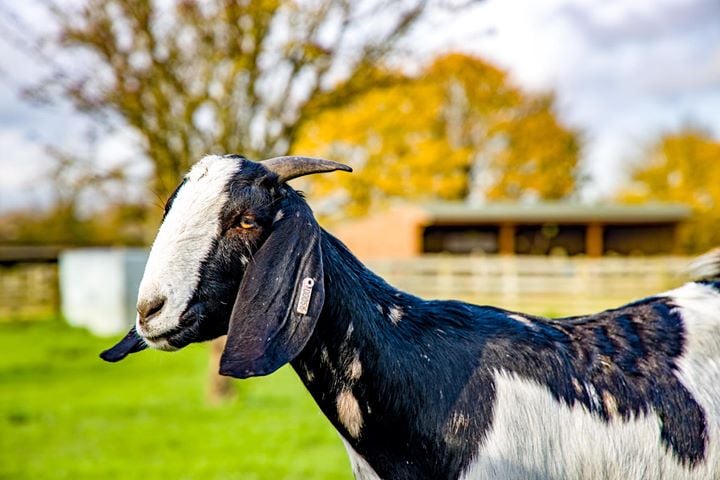 Gorse Hill City Farm looks set to lose its council funding, can you tell us a little about why the farm is such an important venue in the city?

Its a wonderful farm park and numerous children (and adults) of all ages visit and have visited since it was opened back in 1985. Often children from inner city areas dont get an opportunity to see farm animals up close and personal, so this farm centre gives them that opportunity to feed the animals and learn more about then.

Also, as Kevin Hewick told me, he used to take vulnerable adults to the farm centre when he was a carer, and they found the animals to be very therapeutic and they all thoroughly enjoyed their time at the farm.

If this farm centre was no longer there it would be a huge loss to the community for sure.

You’ve arranged a fundraising gig at The Shed. How much are you hoping to raise from the event?

We are hoping to raise around £1000 to help the farm park. They still need lots more, however, to keep the farm open. So if anyone else is interested in fundraising for them please get in touch directly with their manager. 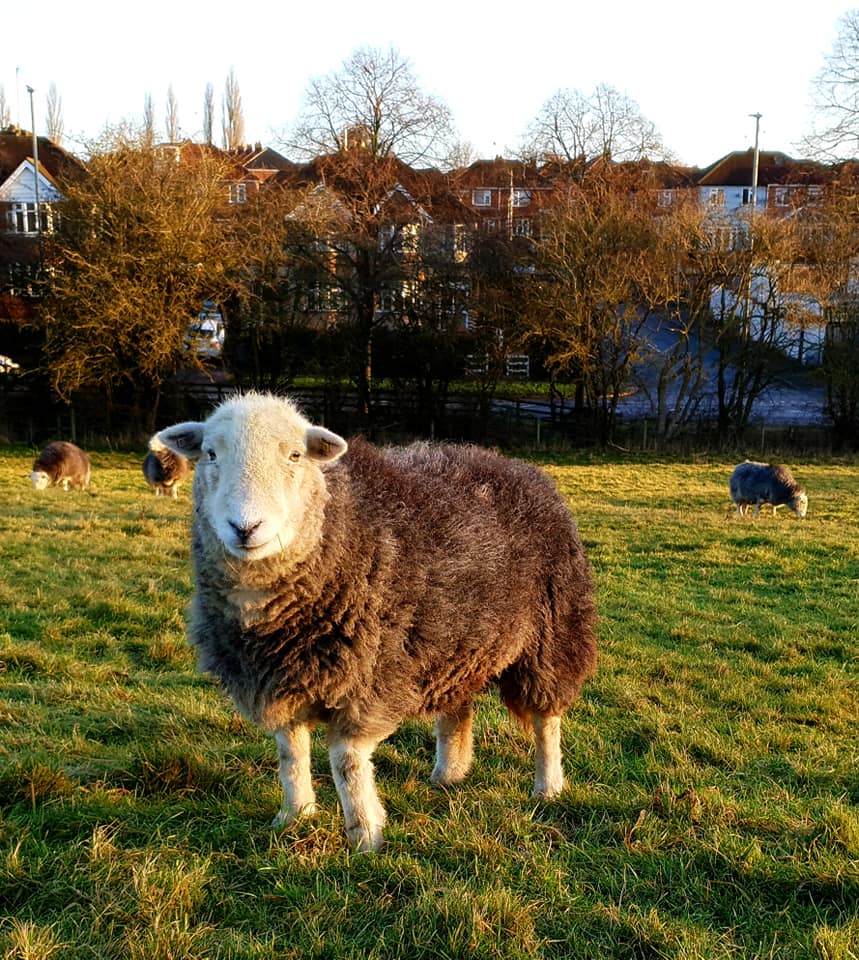 What can people expect at the fundraising event?

We have a wide range of local acoustic acts during the day, along with a puppet show for families. The evening there will be 2 floors of bands, indie/punk upstairs and metal downstairs.

If you look at the bottom of this Q & A you will see our full lineup, all cracking acts involved.

How did you put together the line-up for the event?

I worked with Cameron from Arclight on this, he put the metal acts together and I did the rest. It wasn’t hard to find great acts though, as the majority approached me about wanting to play. 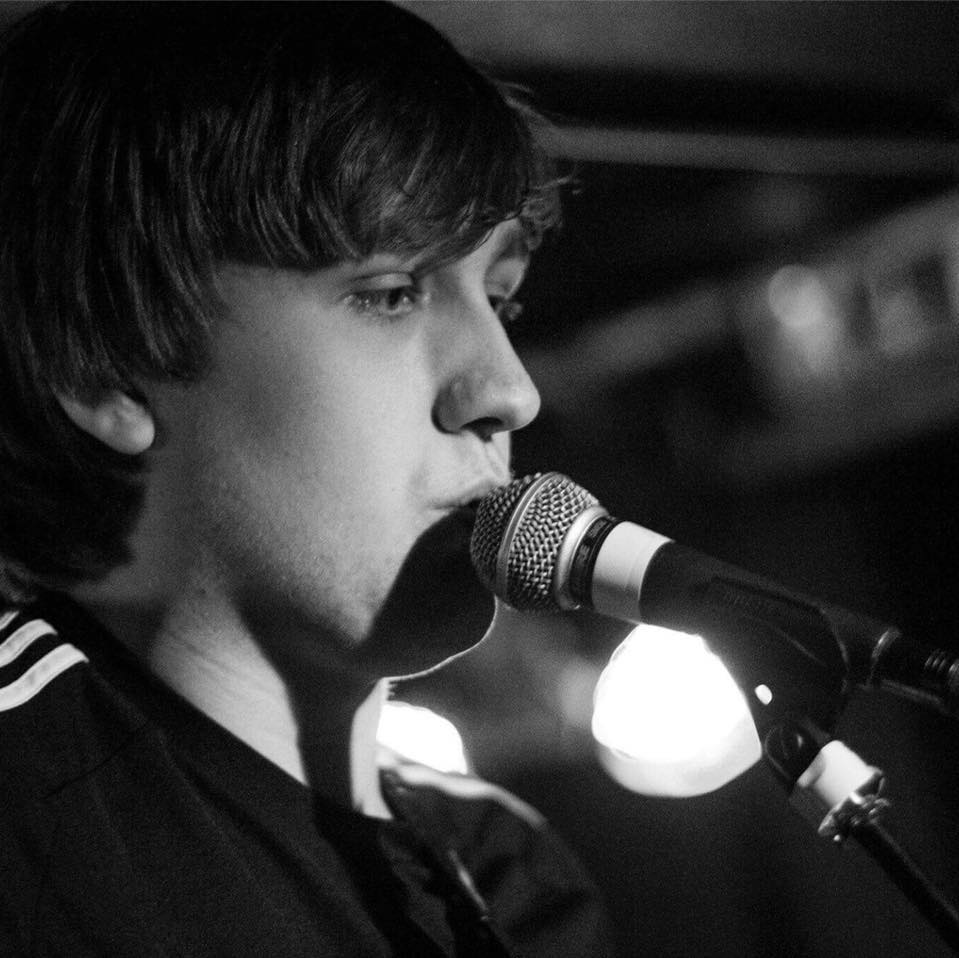 If people can’t attend the gig are there other ways they can get involved in fundraising for the cause?

Yes they can donate directly to Gorse Hill Farm Centre as well as looking to adopt one of the lovely animals.

What other events do you have coming up this year?

Phono Media are working on other fundraising events for Musicians Against Homelessness, and will be working with local promoters and bands again to make this happen, so keep any eye on our pages for the updates.

Where can people get tickets?

This event for Gorse Hill Farm is donations on the door only for entry, a minimum of £3 per person is ideal.

Side Project
Elba
KittenFang
Spiny Norman
Puppet show will be on in the afternoon for families to enjoy, times to be confirmed

To make donations to help save Gorse Hill City Farm you can do so via their website.