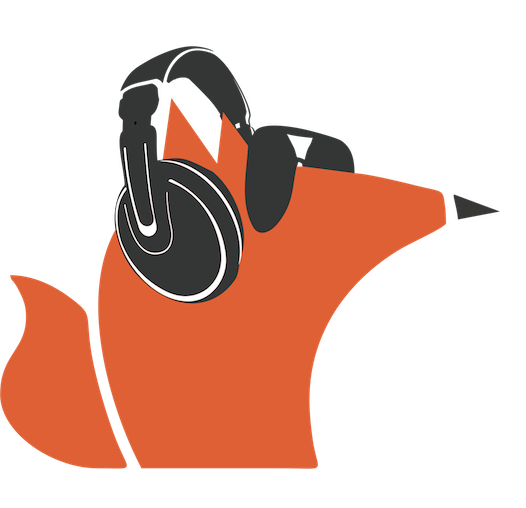 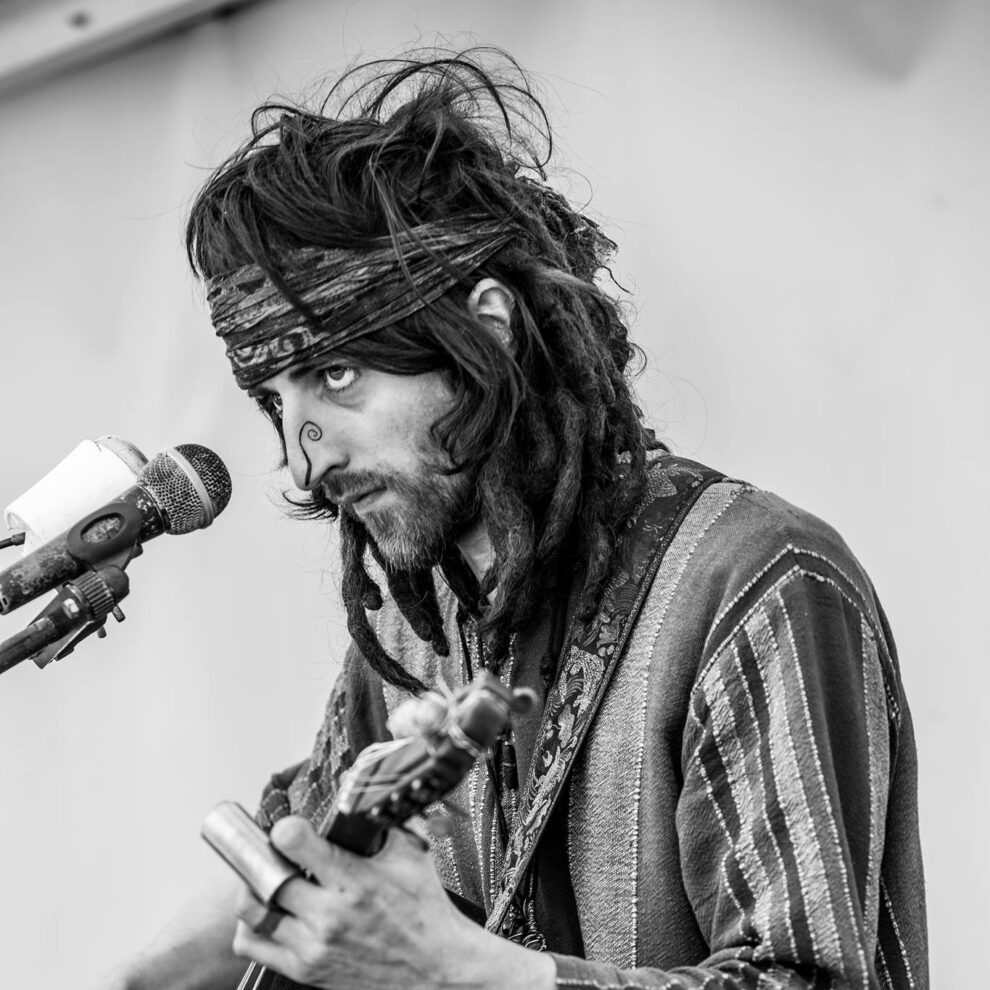 Over 7 million people have watched in awe as they saw Cam’s viral video on Facebook of him busking on the streets of London. Hailed as “the most impressive one-man band you will ever see” by Unilad when they showcased him to their 44 million followers, Cam Cole is a singer, songwriter, busker and new age traveller from London, UK who roams around performing on streets and venues as his one man band show influenced by Folk, Delta Blues, Grunge and Rock N’ Roll. 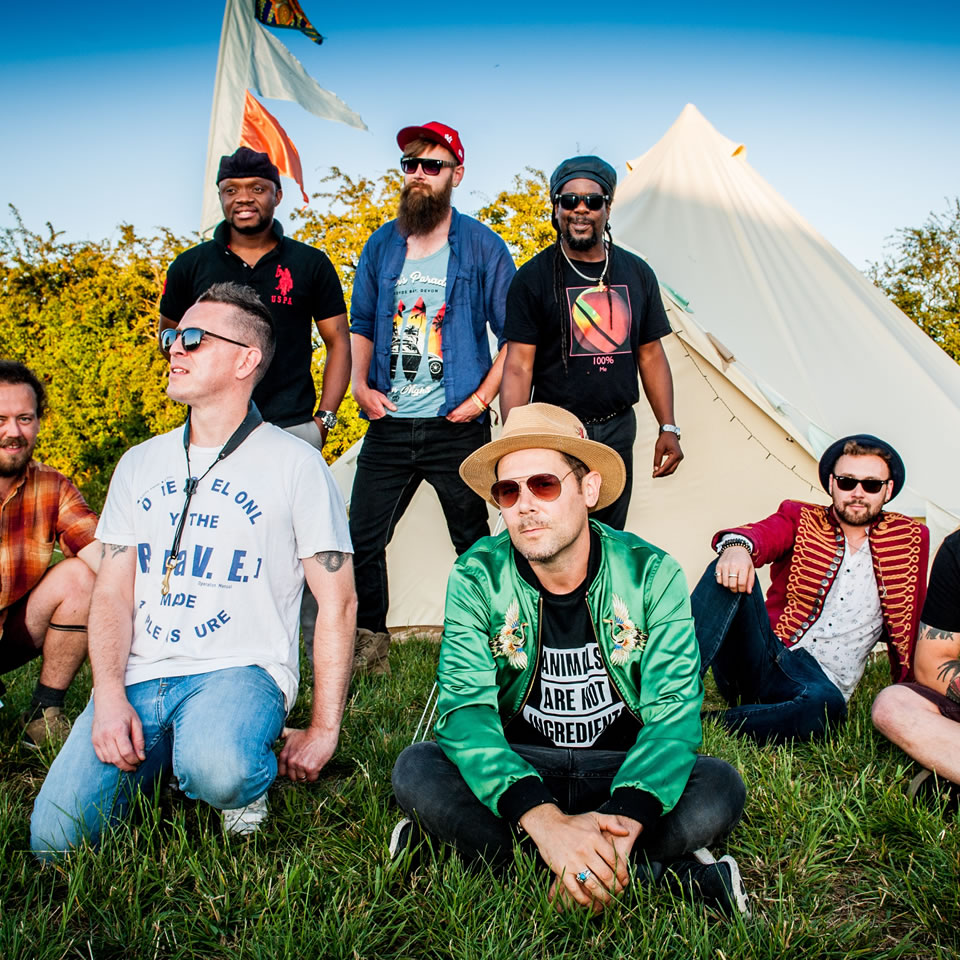 The Dualers are a 9 piece ska and reggae band from South East London. The band’s unique Jamaican style rhythm and blues sound teamed with their lively vibrant performances has seen the band consistently perform to sell-out crowds all over the UK, Europe and Asia. 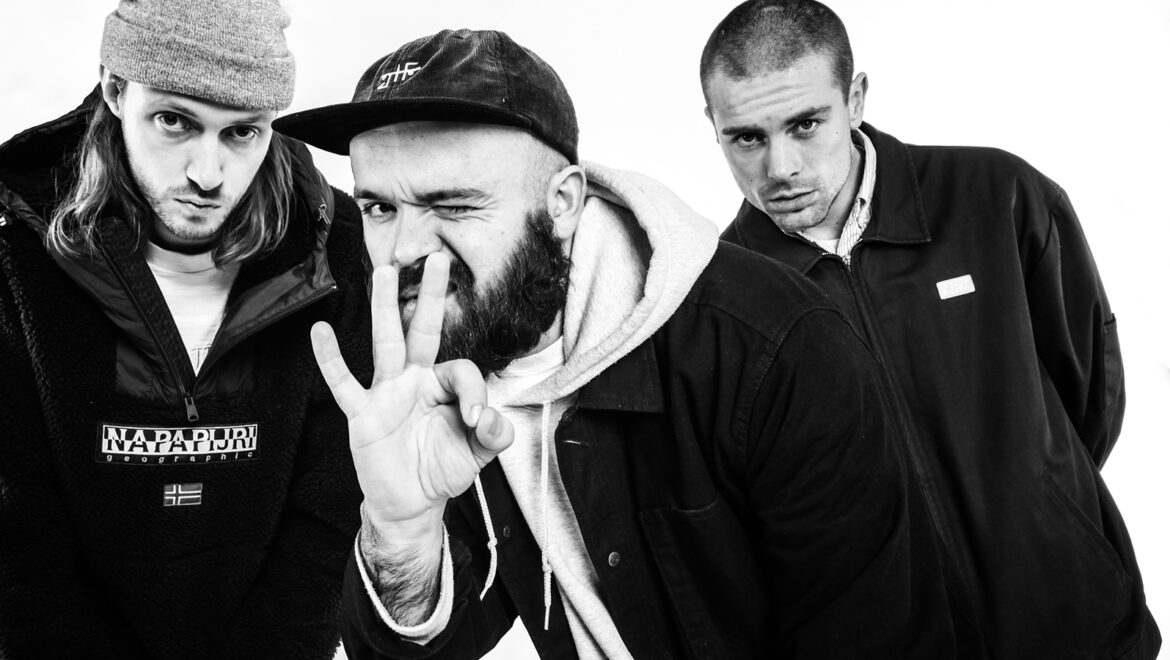 Bridging the gap between their childhood love of Heavy Metal with the ’90s American Indie music of their formative years, London-based band Puppy is the brainchild of Jock Norton (vocals, guitars), Billy Howard Price (drums) and Matthew Rickelton (bass). The guys describe themselves as “the sound of growing up listening to Metallica and Pavement in equal measure”, while some critics have compared them to Weezer covering Pearl Jam.

Marisa and The Moths – Friday 17 December
The Musician 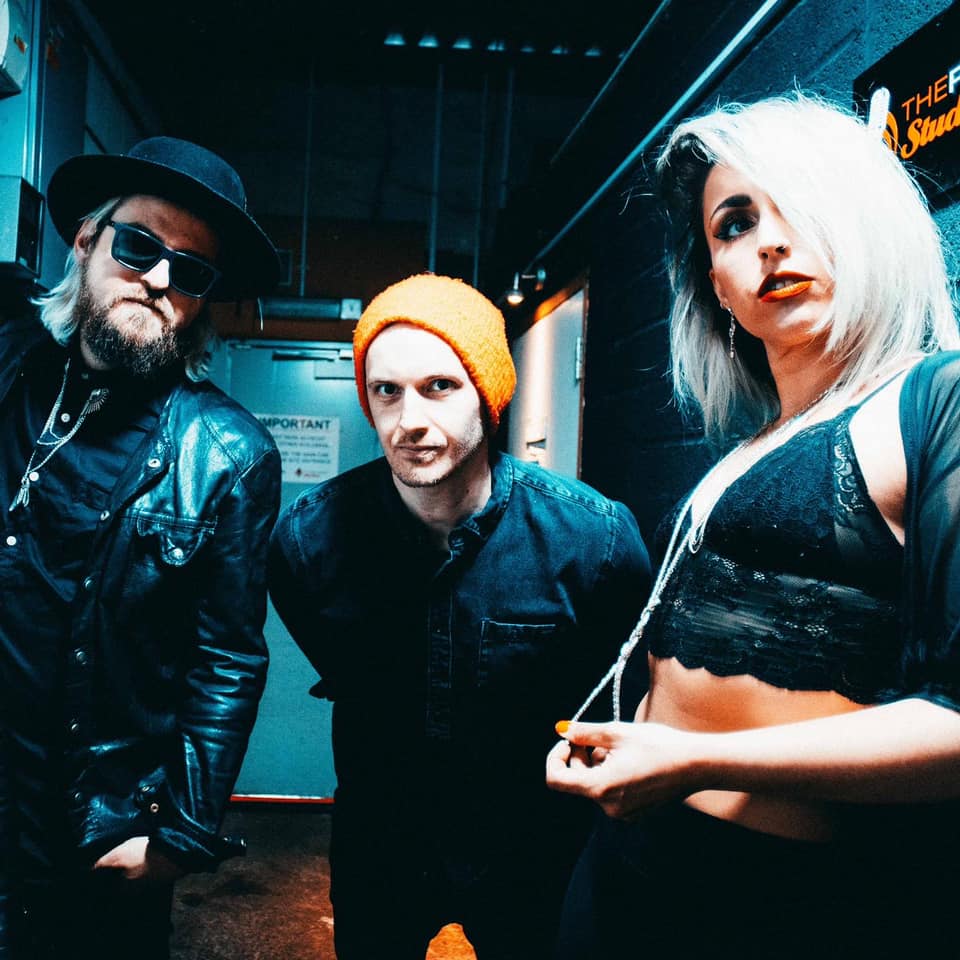 For fans of Halestorm, Foo Fighters, Audioslave, 5-piece Marisa And The Moths, fronted by Marisa Rodriguez, bring to mind the best hard rock and grunge bands of the 90s. The band deliver a deeply personal sound, detailing Marisa’s struggles with anxiety and everyday sexism amongst other themes. 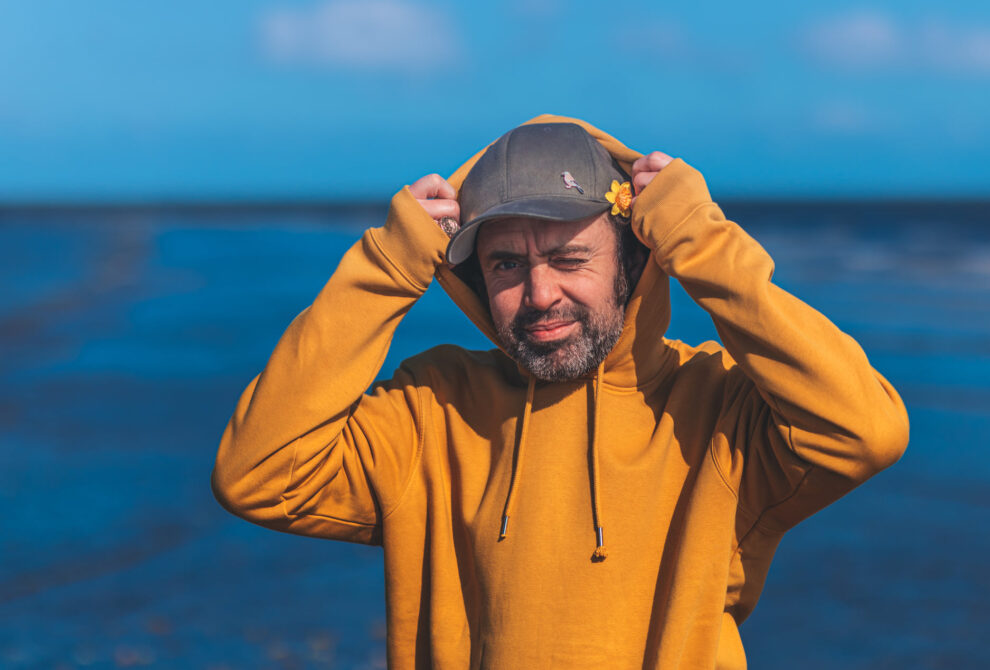 He’s a hippy, a punk, a poet, a drunk, a die-hard romantic and an eternal optimist. Singing simple songs that tackle big issues: Political protest songs for the modern day, honest and open Love songs. Songs that will make you laugh, but also make you think with no holds barred honest lyrics and quick wit. 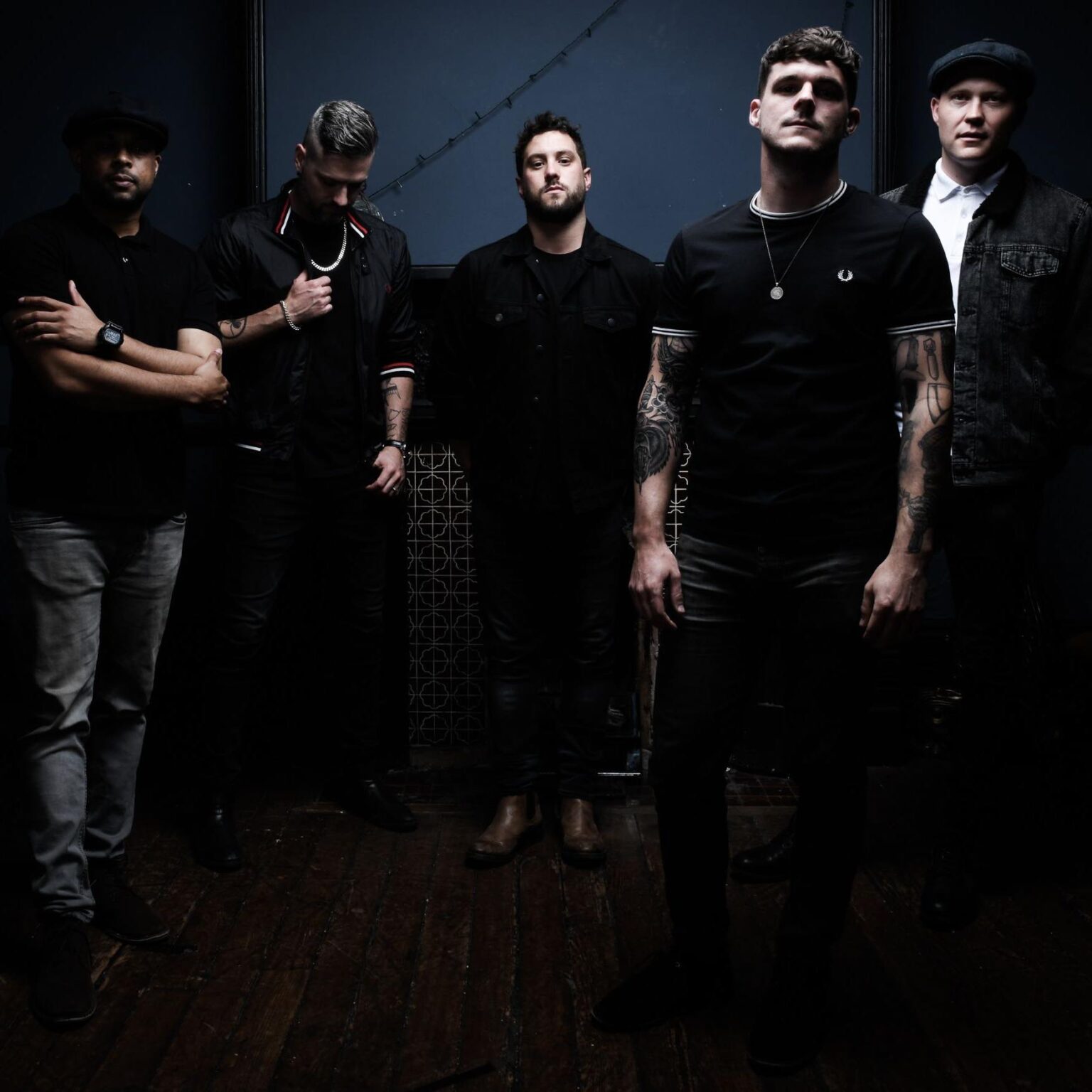 It’s new, it’s exciting, it’s collaborative and it’s coming this month. We caught up with Guerrilla Nature to find out what their project is all about. 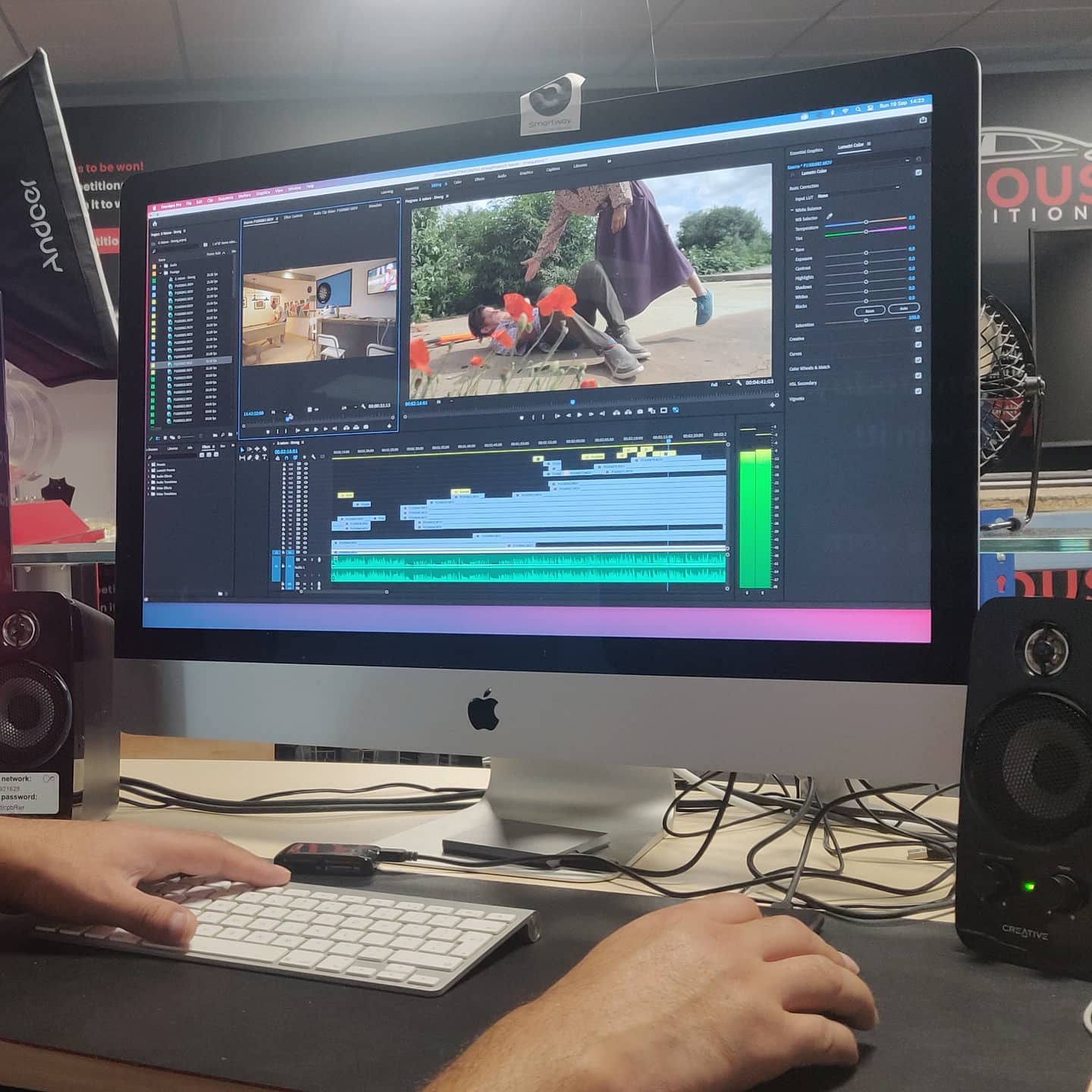 How would you sum up Guerrilla Nature?

Guerrilla Nature is a being who now recognises their infinite potential, after years of allowing themselves to become lost in the expectations of those determined to impose limitations. In order to avoid trying to pigeon-hole Guerrilla Nature, one would prefer to focus on the genuine intentions to maintain attention to honesty, freedom, love, philosophy, anthropology, rebellion and lyricism. As disclosed in the lyrics on the forthcoming releases, this is a being who has undergone significant transformation over the course of their existence and has remained determined to keep on learning, applying themselves and improving, which has not always been an easy path to take but has brought great rewards. It might seem trite to answer from this third person perspective, but the notion behind this use of language is the intention to avoid language like “I, me, my” etc. on the basis that this could be considered a way of explaining that is more dissociated from objective reality through the lens of ego than the alternative of recognising that Guerrilla Nature, like any moniker, is really only a metaphorical mask. If anyone were to suggest that “speaking” (writing, in this instance) in the third person might be somehow disingenuous, Guerrilla Nature would be to point out the irony but do all that could be done to avoid the potential for disharmonious discourse. In the event of a disagreement, Guerrilla Nature would ideally advocate diplomacy but would not be scared into submission. That probably just about sums it up. In short, be kind, have fun, but strive for truth and justice.

How did the collaborations first come about?

The collaborations with the legendary Disebeats were agreed upon during the stretch of time that spanned what might fairly be described as the halcyon and, subsequently, the dissolution of the rap crew MGC after the departure for more exotic climes of key member Gobs**te. Disebeats produced 9 of the twelve arrangements for the two forthcoming EP’s. The first single from the Straight Out Uv Leicester EP is an acoustic track called “Strong” with Calvin J, who is so well known that lots of Leicester residents simply refer to him as Calvin – we’ve known each other for years. Likewise Collo, one of Leicester’s most renowned DJ’s, is an old friend and produced “True” from the Unimaginatively Titled EP. There is an acoustic track on this EP too, with another long-established friend, Mary Singer (Mia and the Moon) and that track is called “Who Will Buy.”

Other collaborations are lined up for the album (recording to commence next year) including Leicester rapper Loaneski, who was a colleague at Youth Education Project years ago, as well as founder member of local Drum and Bass outfit Basskicks, One Dread, who was a collaborator in times gone by when we promoted gigs together. 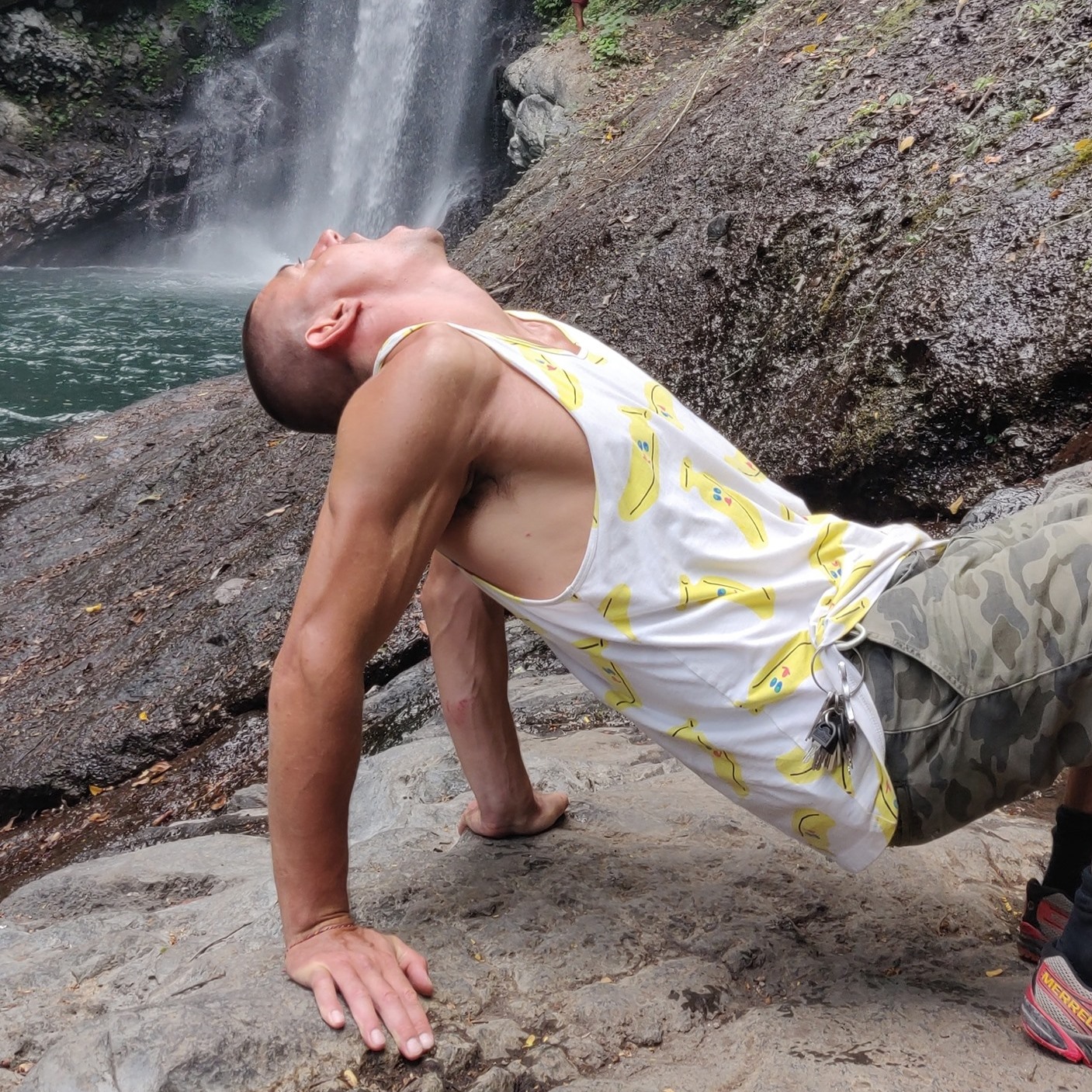 What artists were you most excited to work with?

Disebeats is so unbelievably talented and so underappreciated outside of Leicester, even though he can not only play several instruments and produce amazing beats, but is also a tremendous scratch DJ and a dope rapper. It’s a massive privilege to rap over instrumentals by him. That aside, Calvin and I had often casually mentioned doing a collaboration and the hook was in my head for years, so it was really exciting to witness that concept manifested in reality. The track with Mary Singer was something of a pipe dream after being in attendance at a Mia and the Moon gig many – pun intended – moons ago, so when Mary agreed to collaborate it was also a great thrill. The basic idea for the “True” beat by Collo was in a folder that I had access to from 2011 so, as with other projects that were prospective for such a long time before they were completed, this was a tantalising prospect and. The lyrics for this one were written on a beach in Bali. If ever pushed to choose, “True” is probably the one that gets mentioned as the favourite from these two EP’s. It would be remiss here not to mention the awesome euanC (AKA Low3) who is responsible for all of the best scratches (he let me do some but his are better) on these two EP’s, as well as being a brilliant graphic designer who always does a cracking job! Just as importantly, it was another long-discussed idea made real to make the video for the single “Strong” with Conrad who runs Smartway Media Solutions, who is an awesome videographer. Michal Kais at HQ was really easy to get along with and very professional for the vocal recording, EQ’ing and mixing. And One Dread did the mastering at Basskicks studios, he’s someone with whom it’s always a pleasure to collaborate. How much more exciting could it be than to do what you want to do and be fortunate enough to do it with good friends?

How important are organisations like HQ to the local music scene?

It’s clear what an enormous inspiration it’s been for so many to see Yasin and HQ achieve what has already happened and there are plenty of us who back him to proceed in just such a fashion. HQ has keyed into some significant Leicester music history by occupying the old 5HQ premises and maintaining the HQ name. It has provided great facilities for local recording artists, as well as showcasing them on events, simultaneously helping other local creatives to diversify, collaborate and develop, as well as involving students from the local universities. This has resulted plenty of opportunity for service staff and users to progress with each other and help to encourage each other to keep striving for ever higher standards. Actually, if it were not for HQ being such a splendid organisation and Yasin being so honourable to his word, there is no telling whether these two EPs would ever have made it to release. It would be great to be invited to perform at one of their shows. 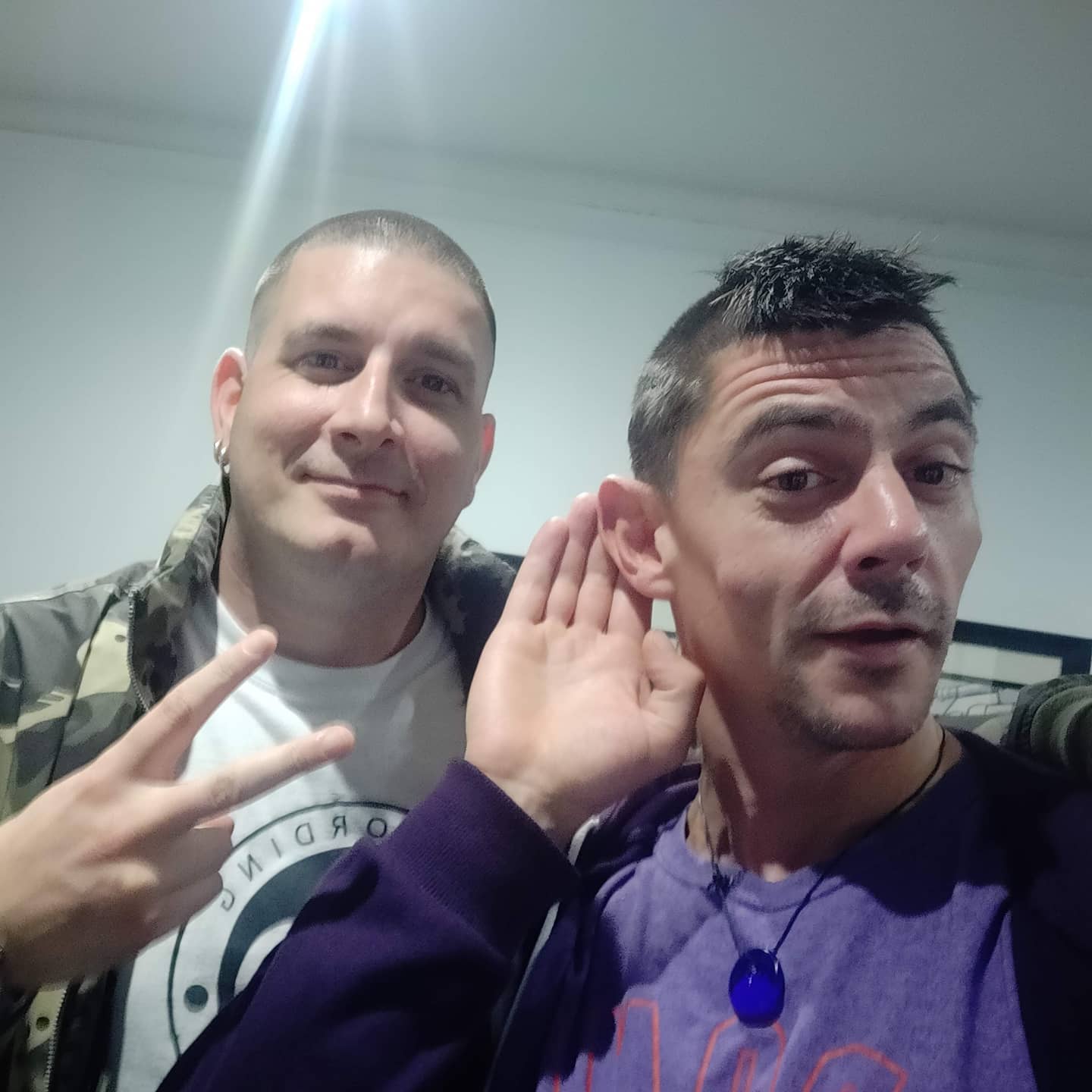 What is the plan for the project moving forward?

Album recording will begin next year.

What kind of music or past projects inspired you?

Everything that I can feel, from Claire de Lune by Debussey to Cry by Upfull Rockers, the musical inspirations and influences vary so much. Specifically in terms of lyricism, that’s also an extensive list that includes but is far from limited to Lewis Parker, Four Owls, Lauryn Hill, Talib Kweli, Brother Ali, J-Live, Akala, Outkast, Taskforce, Roots Manuva, Atmosphere, Sage Francis, Nas, Estelle, Aesop Rock Immortal Technique, Skinnyman, Jean Grae, Scorzayze, Chrome, Dirty Diggers, Cappo, John Cooper Clarke, Eels, Ms. Dynamite, Notorious B.I.G. and Tupac… the list goes on and on like Erykah Badu (ooh, there’s another one). More locally, inspirations include Calvin J, Disebeats, Lady Paradox, Synopsis and Language of the Slaves to name but a few. it was an honour to be a part of MGC with Disebeats, a great opportunity that helped a lot with development as a rapper. That project contributed to the learning of some important lessons as well.

Who are some of the local artists that you think people should really be taking notice of?

See the end of the list above. Bears repeating though: Calvin J, Disebeats, Lady Paradox, Synopsis, Language of the Slaves, Basskicks (One Dread, 2Clean, Burger MC and G1 – as good as it gets with D&B, grossly underrated), Crae Ski… Mahalia has done very well for herself, she’s great too. There’s a band called Thirteenth Magpie, who have very promising potential, look out for that name next year. Our drummer is currently on paternity duty but when he’s back, we’ll be releasing music under that name. We did a gig at Duffy’s Bar in September and the other bands there were excellent. Their names were Dum Language, Monachopsis and Voidwalker. It was a really enjoyable night with some fantastic music and a beautiful crowd. Incidentally, the house band at Duffy’s includes Alex, who plays bass for Thirteenth Magpie. The next night that the house band will be at Duffy’s is 17th December. They play all sorts of folk-orientated stuff, covering way more than such a restrictive label might suggest. Well worth a visit, terrific atmosphere! Sincere apologies to anyone who didn’t get mentioned, I do love you, honestly!

Where can people stay up to date with what’s coming next?

Website by the name of loverebel to be launched this month