More than a band, they are a family. “To listen to the Ferocious Dog as it snarls and growls at the world is to show responsibility” said a Louder Than War review of their brilliant, recently released and Fake News and Propaganda album, but this is an outfit that shows compassion too. They’ve been hailed as “a representation of our gut feeling, savage and merciless” and at the same time, called “folk in the grand tradition of it being the peoples sound.” Ferocious Dog, however are all those things 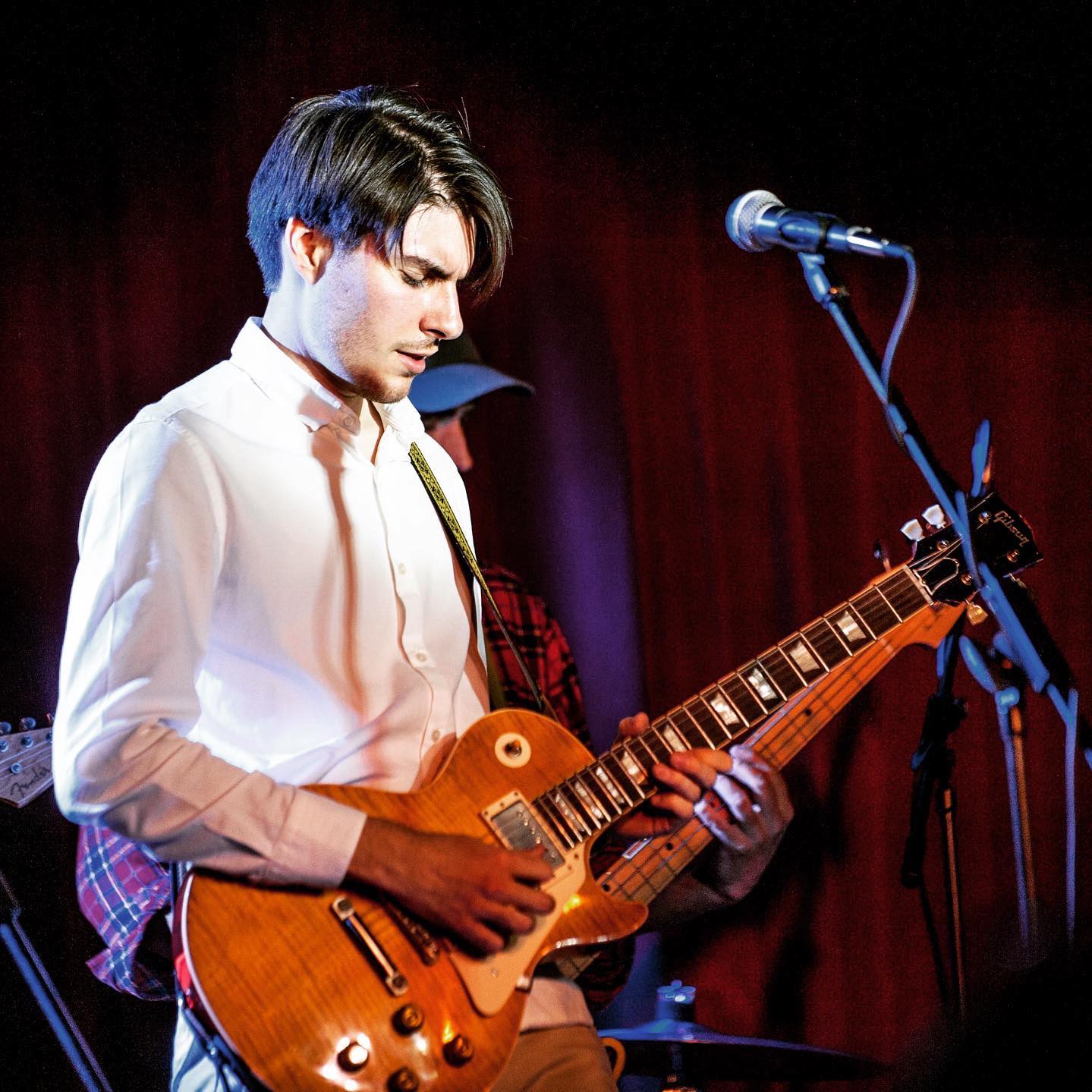 Selected to appear at Wembley Stadium supporting The Who, Kaiser Chiefs, Imelda May and Eddie Vedder in July 2019, Connor Selby is a rising star. Having already played a number of iconic venues such as the 100 Club and Borderline, and having clocked up numerous festival appearances, the young British bandleader-guitarist-vocalist writes his own songs and builds on influences as diverse as Eric Clapton, Ray Charles, and Nick Drake.

Pontefract four piece, Glass Caves, fuse agitated rhythms, yo-yoing guitars and dissonant keyboard sounds with vocals that splinter then soar through their songs. They come at you like a band channelling the spirit of American alternative bands, such as Local Natives and Fleet Foxes, through a very British filter to produce perfectly formed morsels of ballsy alt-rock.

OMD, aka Orchestral Manoeuvres In The Dark, are the long established synth-pop Wirral duo Andy McCluskey and Paul Humphreys. The band rose to fame with their fourth single ‘Enola Gay’, which became a major hit throughout Europe in 1980, then went on to achieve worldwide popularity in ’81 with their third album ‘Architecture & Morality’, selling over 4 million copies.

Amber Run are five young chaps, originally from Buckinghamshire and formed towards the end of 2012. The first thing they put online was a cover of Imogen Heap’s Hide and Seek, which gave their burgeoning fan-base a glimpse of what to expect, with their four-part harmonies and expansive sound. The five-piece demonstrate their taste for space and melody. They manage to strike a balance between stadium-sized rock and the intimacy and sentiment of folk music.

Glasgow three-piece Baby Strange are Johnny Madden, Connaire McCann and Aidan McCann, the newest evolution of punk rock’n’roll. They have toured tirelessly in recent years, building an enthusiastically rampant live audience and fully maintaining their DIY ethos by creating their own artwork and videos. ‘The Glasgow three piece are all leather jackets, spit and snarl. Rama lama guitar thrills set to fire up a new generation, this is snotty disobedience, outright deviance set to guitar, bass and drums” – Clash.

The way that the local music scene has pulled together post-Covid is something to be admired. Local musician, Luke Broughton is now organising a fundraising gig to raise money for The Bridge in combatting homelessness. With a line-up packed with local talent, we caught up with him to find out more about it all.

You’re currently planning a fundraising gig called Access All Areas, what can people expect from the show?

It’s a really diverse mix of musicians and spoken word artists, predominantly from around the Midlands. When curating events, for me, it’s really important to show a range of art that’s truly representative of the city and beyond, spanning a range of cultures, ages and genres. I have a few surprise guests joining me for my set also.

What made you choose the charity in question?

I’ve been working at ‘The Bridge Homelessness to Hope’ for nearly a year now delivering creative sessions and I’ve witnessed first hand the great relationships that are built between staff and guests and the really important work being done. Homelessness is a long standing problem that is only increasing through rising poverty. Clearly the government have only escalated this through austerity and ruthless stripping of essential services and so organisations like this are ever more important and community is key.

Which acts really stand out to out on the line-up?

It really is a strong lineup throughout in my opinion, everyone brings something different to the party. There’s something for everyone to enjoy, I would of course recommend watching all of it.

Tell us about your background in music in Leicester…

I originally grew up in London but it wasn’t until I moved to Leicester that I began performing as a solo artist, some six years ago. I suppose a highlight is the first time I played (the now defunct) Simon Says Festival when I realised I had found a niche for myself and that my music was truly connecting with people on a deep emotional level. Everyone turned out for me and it was quite overwhelming.

How important is it for Leicester to get behind fundraising gigs like this?

It’s incredibly important for people anywhere to get behind events like this. As I said previously, the government aren’t going to look after us or provide the quality of services or resources that are needed more than ever. It is down to communities. The people have the power, we have to realise it. I also think it is crucial that the people of Leicester support their artists and their venues. COVID-19 has only escalated a situation that was already prevalent where venues are disappearing and it becomes harder and harder to find a live platform at a grassroots level. If I hadn’t had one I wouldn’t be here now. I think we also have to value art more and recognise it as something worth paying for. We think nothing to paying for films or Netflix etc, we sometimes believe music should be free. Someone has to pay for it.

Who are some of your favourite live acts locally in Leicester at the moment?

I have a few. The People Assembly are, for me, one the most vital, compelling and exciting live bands around anywhere. There debut album’s great too. Leonie (formerly LION/S) is a unique and exquisite artist, she’s in her own world and it continues to be a great honour every time I share a stage with her. 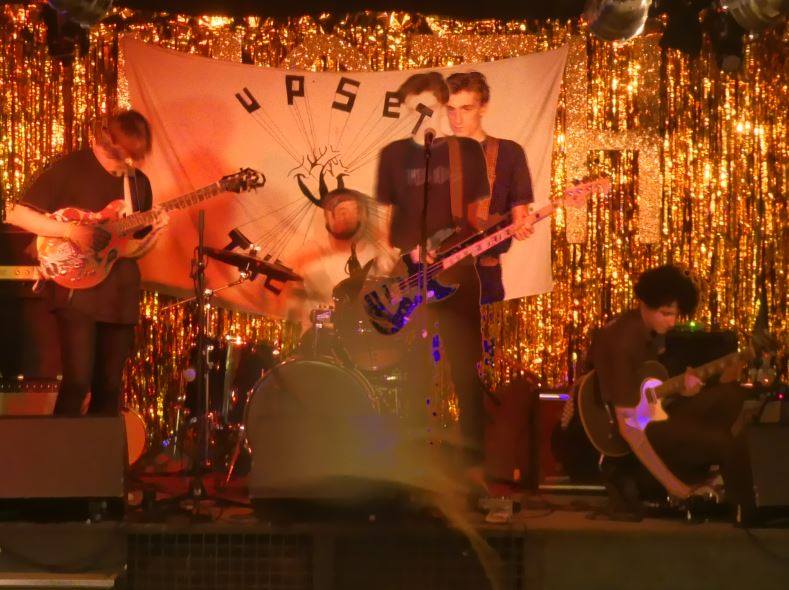 What is about Leicester’s scene that makes it so special?

I think any town or city has artists that are undeniable. I think it’s not so much the place, although it can inform and inspire a mood, but the mindset of the people and their openness to influence and exploration. Some people just have a story that you want to hear and you want to be part of their journey and you want to see what comes next.

What’s next for you following this?

I’ve said it before but it really is time for me after the gig to take some time to explore and experiment and record my work. I want to play with textures and colours and spent some time enjoying the creative process and find new things to say and new ways to say it.

Where can people buy tickets?

Tickets for the event can be purchased via Brown Paper Tickets.

You can also find out more about the great work the Bridge do and how your money can specifically help people and what it will pay for here: https://www.bridgeleicester.org