HOME is a love letter to Leicester. A series of ten free, streamed shows from artists based in the city, filmed in a spectacular array of spaces, from museums to bowling alleys. It starts this Friday with Grace Petrie from Leicester Cathedral. You can watch via The Robot Needs Home Collective website.

As well as being instrumental in the development of Leicester’s jazz scene, Marcus Joseph has just released his new album. We caught up with him to chat about his journey from MC-ing to jazz, and around the world from New Orleans back to Leicester. 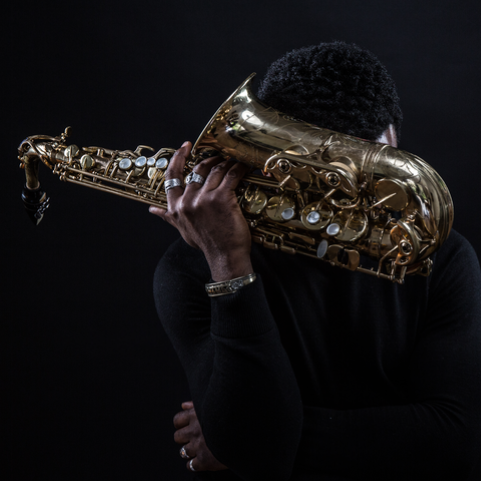 Tell us a little about your music for anyone who isn’t familiar with your work?

My music is a warm fusion of Jazz, Reggae, Hip-Hop and Contemporary Music.

You started life as an MC/rap artist, what made you make the move into jazz?

I actually started life as a classical musician playing the clarinet in the school orchestra and in various Leicestershire Arts County Bands. I got interested in MCing and Rap from my friends at the end of primary school, they introduced me to Wu Tang Clang, Nas, Jay-Z, Biggie, 2-Pac and Busta Rhymes (in fact my older brother wrote me my first rap!). I got more involved in writing lyrics and rapping in secondary school when the UK Garage/Grime scene was emerging. My friends and I had a group called LE5 Crew. I made the move to jazz when an old family friend came back from studying jazz saxophone in America, when I heard his album and the way he played that instantly inspired me to learn more about Jazz. To be honest Jazz was already in my household and pictures of jazz musicians were hanging up on our walls but I didn’t know who they were at the time. My Dad played the saxophone and he was the first one to show me the basics. However after seeing a family friend play the saxophone, and then seeing another young black person playing the saxophone incredibly well and rapping, that confirmed that this music called jazz was for me. I decided to study this music which took me on a journey from Leicester to Loughborough to Leeds to London to New Orleans to New York to Barcelona and then eventually back home to Leicester.

Which artists most inspire you? 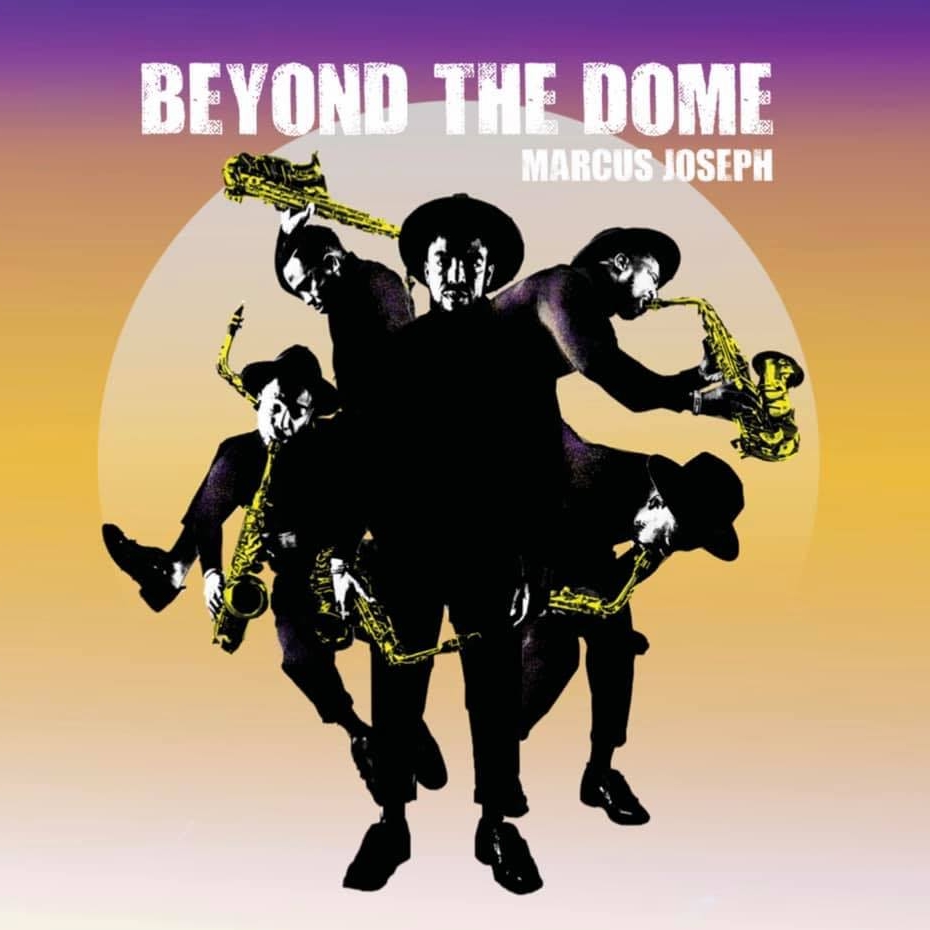 Tell us a little about your new album and what sets it apart from your previous material?

First of all this album was released by the best label in the world ‘Jazz Refreshed’. I want to thank them so much for believing in my music and trusting my vision. Yea, so this album explores themes of personal and external limitations, the idea of what binds us to who and where we are and the transcendence of perceived obstacles to become our authentic selves. I guess what sets it apart from my previous material is that it actually ties all of my new ideas, previous ideas and experiences together in one album which feels complete, almost like an end of one chapter. I got the opportunity to work with some amazing UK jazz luminaries and the producer, Nache Edward, encouraged me to work in a different way by exploring different sounds/moods and band settings.

You’re actively involved in Leicester Jazz House, how would you describe the jazz scene in Leicester?

I would say it’s a very small jazz scene with huge potential. Leicester has some really good musicians in the scene who often get overlooked but I’m hoping that narrative will change by us actively doing something about it. The conversation got sparked online from local musician Mark Trounson who has put together a group of local musicians to lead the way in promoting a healthy and vibrant jazz scene within Leicester. Leicester Jazz House I’m sure will be actively helping in any way they can by being more supportive to our local musicians and providing more performance opportunities. I will do all I can within my power, as I want the next generation of musicians in Leicester to feel that they are 100% supported and have a place to go perform, learn, make mistakes and grow as professional musicians in an inclusive and diverse environment. 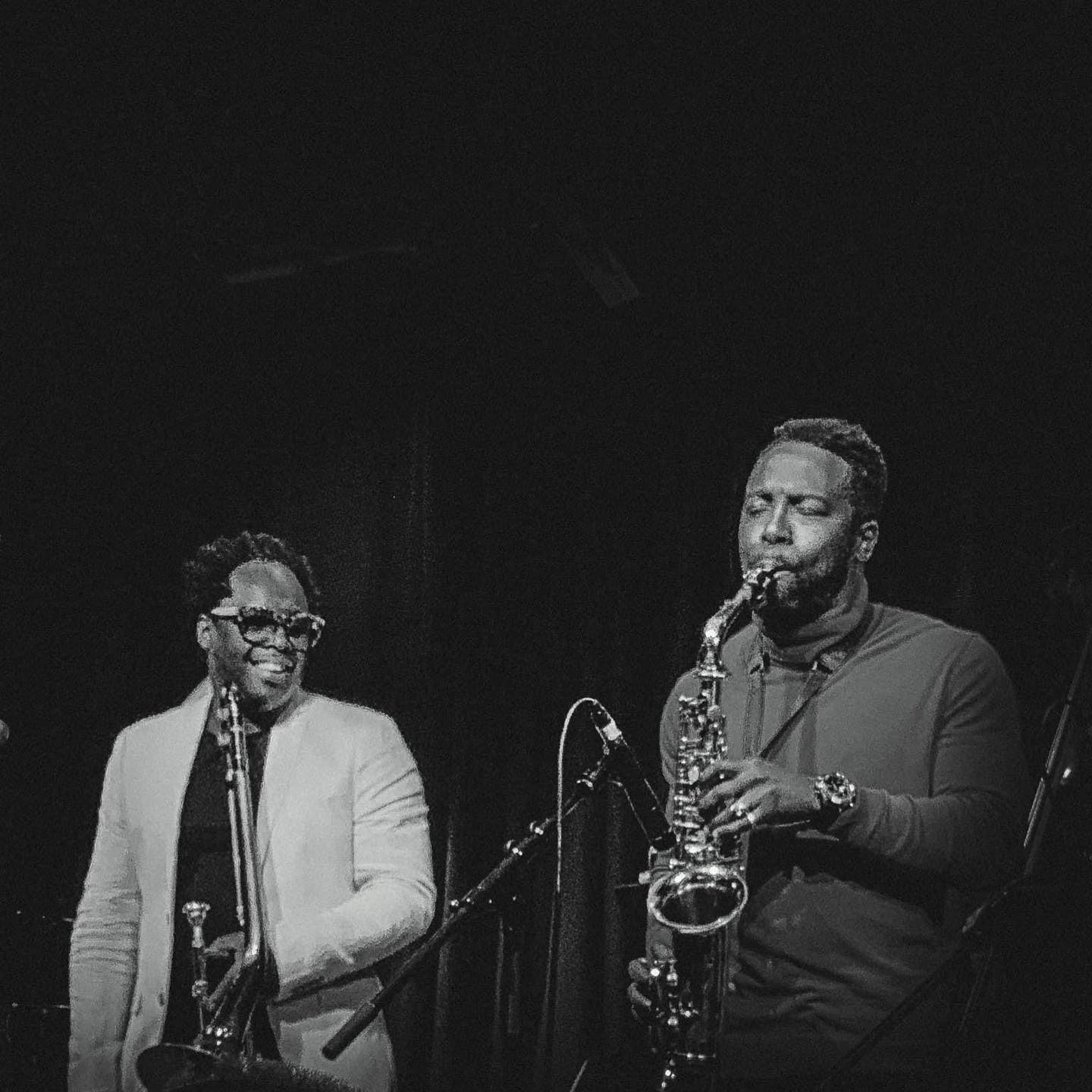 How easy or difficult have you found it to remain creative during lockdown?

I’ve found it relatively easy. I know that my life has slowed down a lot during lockdown which has allowed me to really think and meditate on my creativity. I’ve been pushing myself to create haikus every Sunday with music and not to feel too precious with the outcome. I usually create the music on the day and stream the process live via Twitch. It’s allowed me to express myself with the little time, knowledge and resources I have at my disposal right now which I think is also translated in my current album.

That I get to perform my album outside and indoors with a full band! Also that people get my music and gravitate toward my sound and musical journey. I hope this year is a better year for everyone and we all get to fulfil our potential.

I have to be biased and say my band MAJOR RUSE, also the members have amazing individual projects. Jamie Sykes has just released his Ilke-Ta EP which is DOPE, Joe Egan has a lovely solo album out called ‘Tomorrow Will Be Different’. Jafro is an insanely talented MC from Leicester who is definitely one of my favorites and one to look out for. Mahalia is just incredible. Stanza Divan is a lyrical machine and Lloyd Luther is an amazing artist who I think is definitely gonna blow soon. There is so much talent in Leicester! 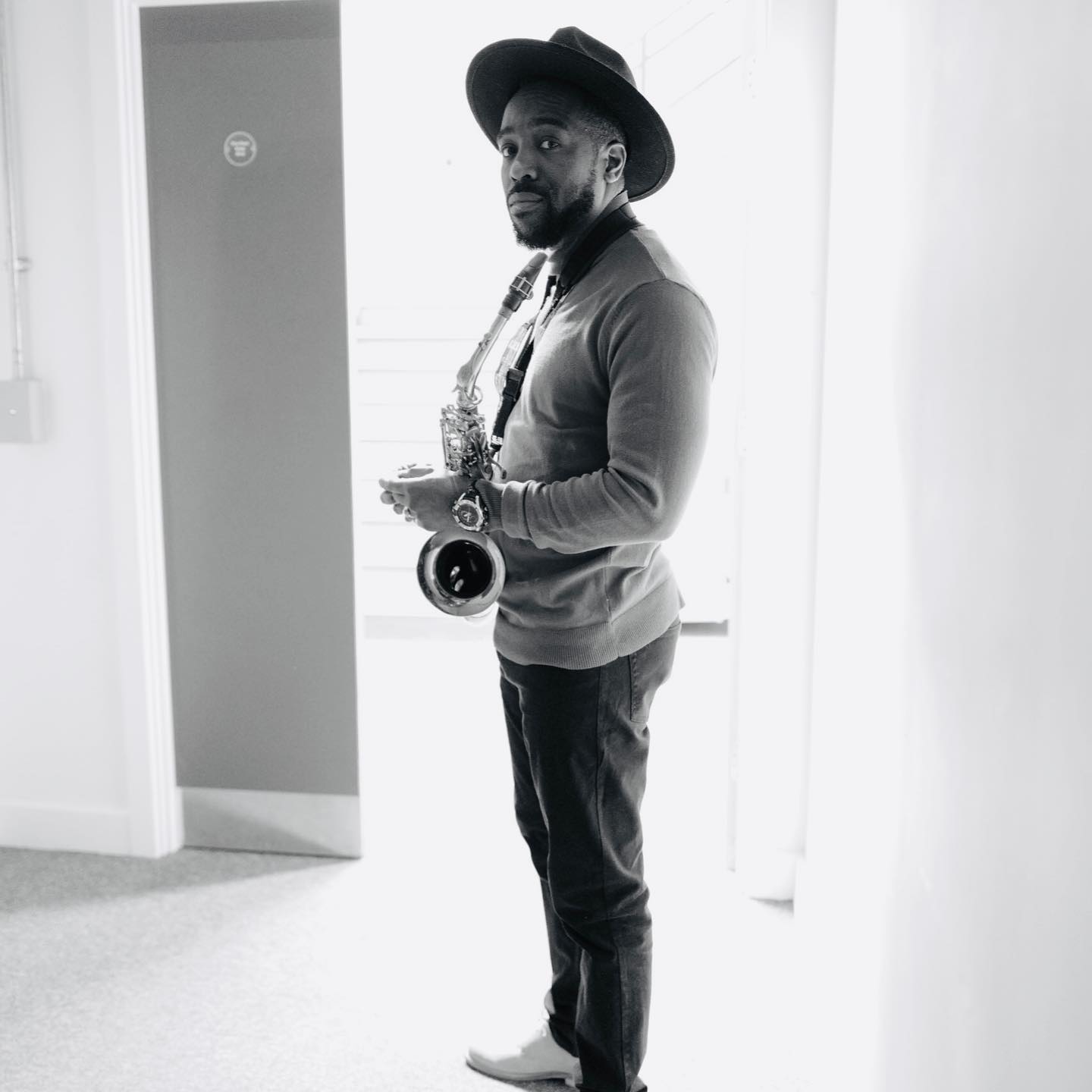 Where would you choose for your first gig back?

Wow this question is hard! So many cool places that I can think of. In Leicester it would be the 2Funky Music Cafe, in Nottingham it would be Jam Cafe and Peggy’s Skylight, in London it would be Jazz Cafe in Europe The North Sea Jazz Festival and in America the New Orleans Jazz & Heritage Festival, sorry I couldn’t pick one!

How can people hear the album and find out more about you?

First port of call would be Bandcamp where people can listen and download or order the album on vinyl, which supports me immensely on my journey. https://marcusjoseph.bandcamp.com/album/beyond-the-dome