The inaugural Wide Eyed Festival has been moved to Saturday 6 February at Leicester’s O2 Academy. New acts have been added to the line-up including Do Nothing, Sinead O’Brien, The Lounge Society, EARLS, Beef D’Reef, Spudge and Echolocation. Tickets are on sale now. 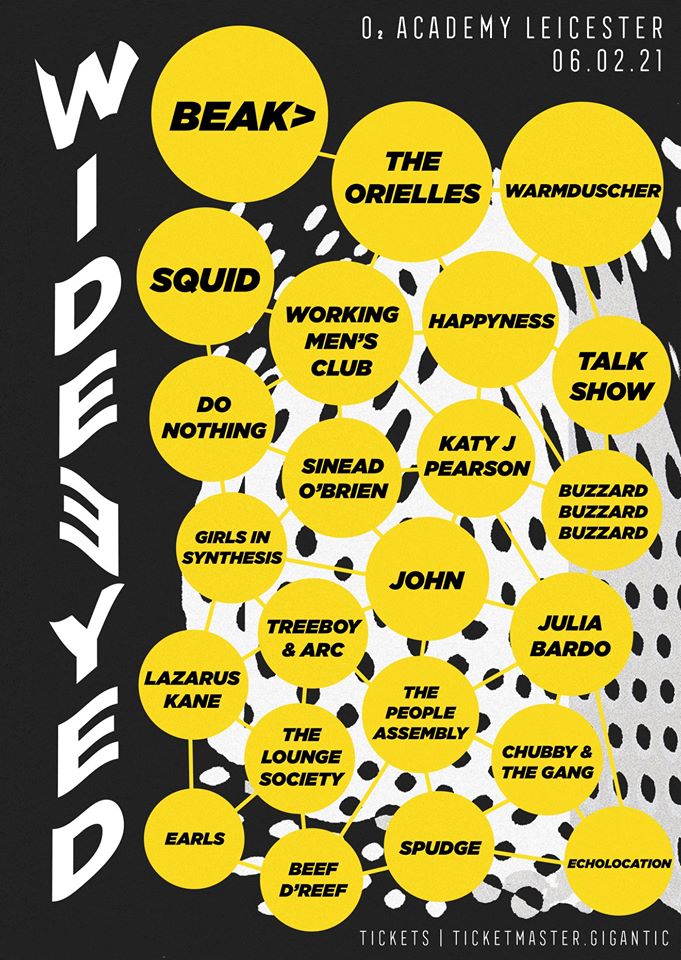 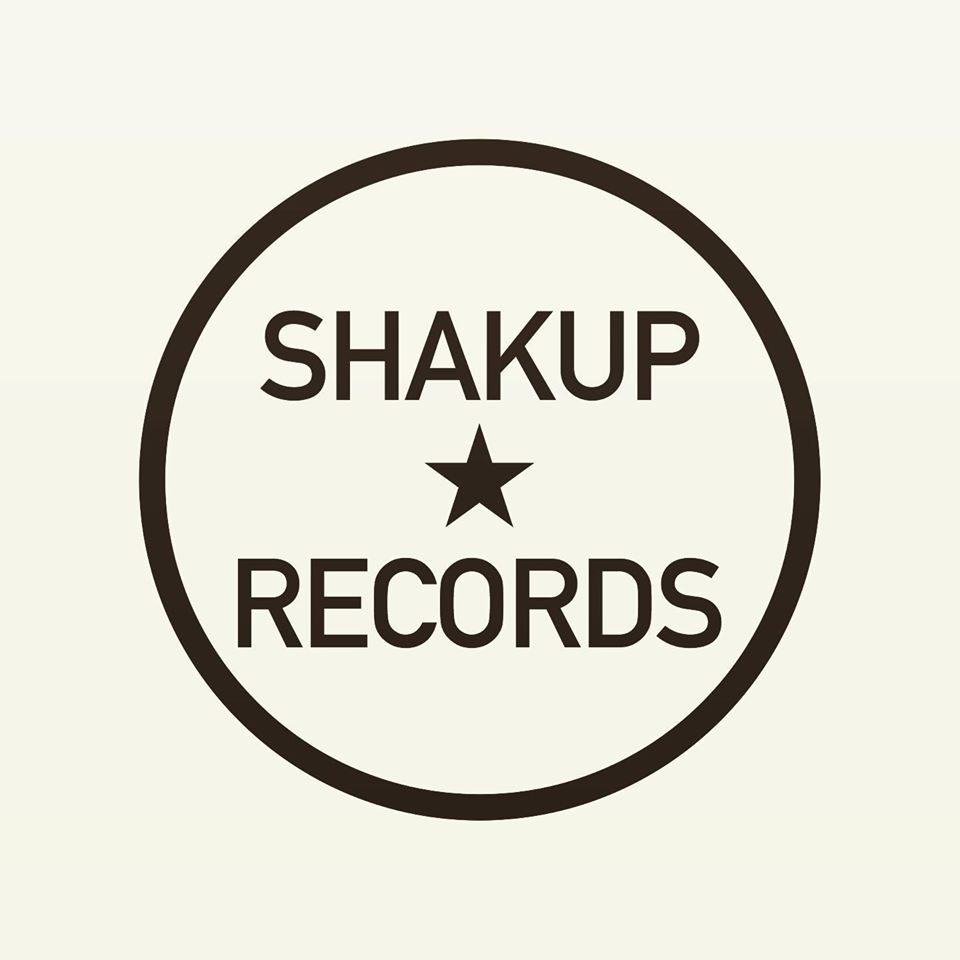 Great news as it’s been announced at Shakup Records will be opening just off Queens Road in July. Find out more HERE.

Leicestershire 4-piece AVNT GARDS have been together since 2018, performing across the Midlands and picking up plenty of support from BBC Introducing and more. Lockdown came just as the post-britpop band had finished 3 days in the studio, so they’ve been using this time to release new material and plan what’s next. We caught up with them to chat about the release, some of their favourite acts and what else they have planned. 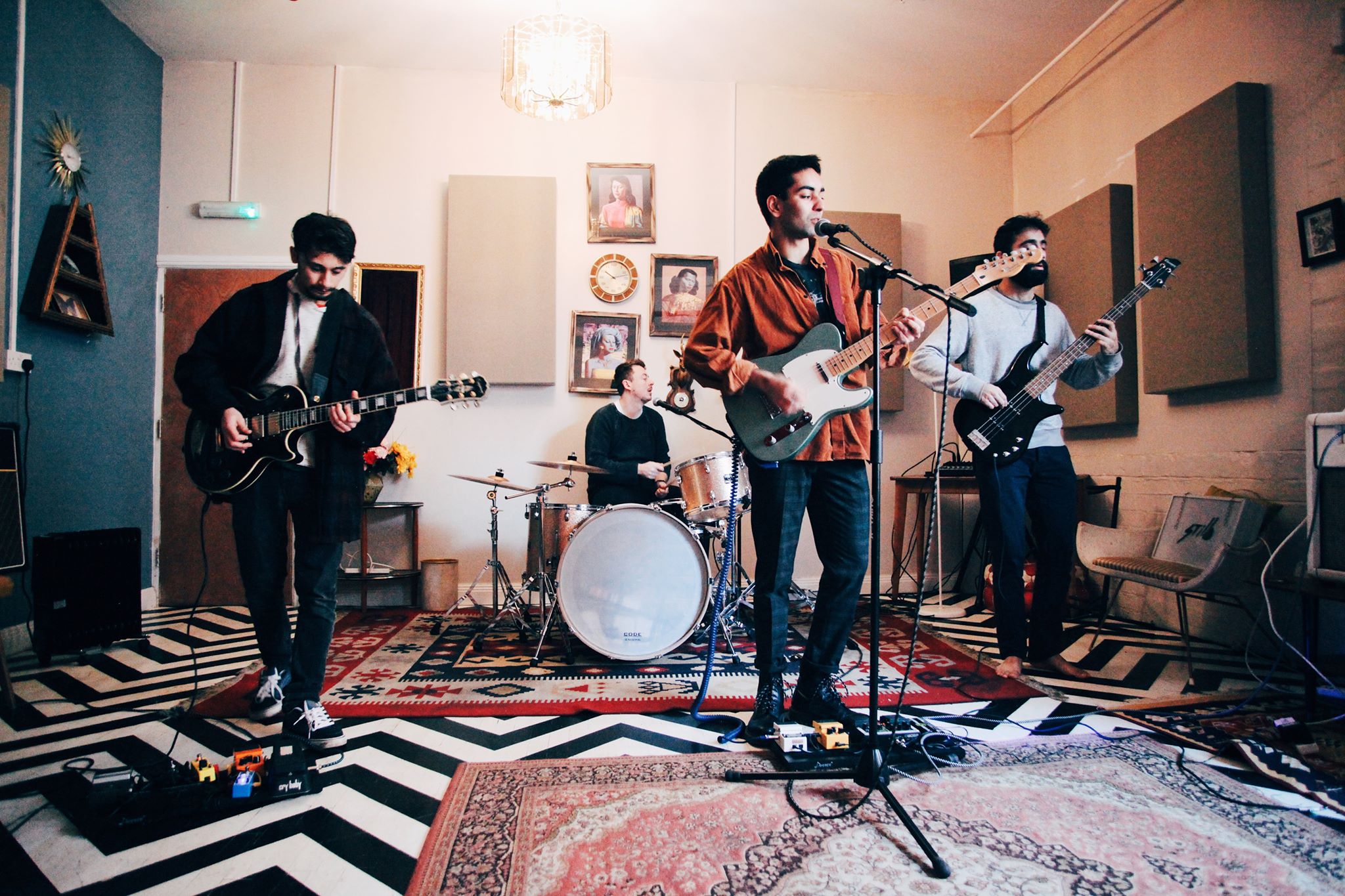 Can you give us a little introduction to AVNT GARDS for anyone who hasn’t heard your music before?

Sure. We’re a 4-piece indie/alternative band who formed in Leicester in 2018. The band is Cairen (vocals & guitar), Rashik (lead guitar), Aran (bass) and me (Tom, drums & vocals). We’ve been lucky enough to have had a fair bit of radio play from BBC Introducing & Dean Jackson and we’ve been described as a sort of post-Brit Pop kind of sound.

We released our debut EP ‘Into Horror’ last year and have been gigging sporadically around the Midlands and London with bands like Sister Bliss, Bubblegum Hypnosis, Sorrell, Factory Girls, Space Toast, Heart Sauce and Wild Front (who are all brilliant and well worth checking out!).

You’ve had a new single out recently, how did that go bringing it together during lockdown?

We were lucky enough to have just finished 3 days in the studio when lockdown came about so we just had to fine-tune the mix and sort the post-production side for ‘These Things’ which we’ve been able to do remotely between the 4 of us and with great help from our producer, Ryan. We’ve got another single in the bank from the same session that still needs a little bit of work but we were very fortunate to have got the bulk of the recording for those two in the bag when we did.

How have you found it being creative through this period?

Personally, I think we’ve found it quite tough. We’ve got lots of ideas and we’ve been meeting up a lot (virtually) but the guys have been knee-deep in their respective degrees and I’m still working full-time from home so finding the time to collaborate hasn’t been as easy as we’d hoped. Not having the momentum that comes from seeing each other and playing together regularly has slowed us down more than usual too but we’re all very excited about a few things that are on the horizon – they’re just not approaching quite as fast as we’d hoped!

Individually though I think we’ve found it to be quite a creative time. There’s been more opportunities for us to grow our skills individually and build up our repertoires for the future. I know that Rash has been banking up a fair few riffs and snippets that will no doubt blossom into some great music when we get back together. I’ve been playing about with production and learning a bit more about how to use tech live too which will be another string to our bow when we’re set free again. Overall, it feels a bit like we’re in stasis but the time certainly isn’t going to waste. 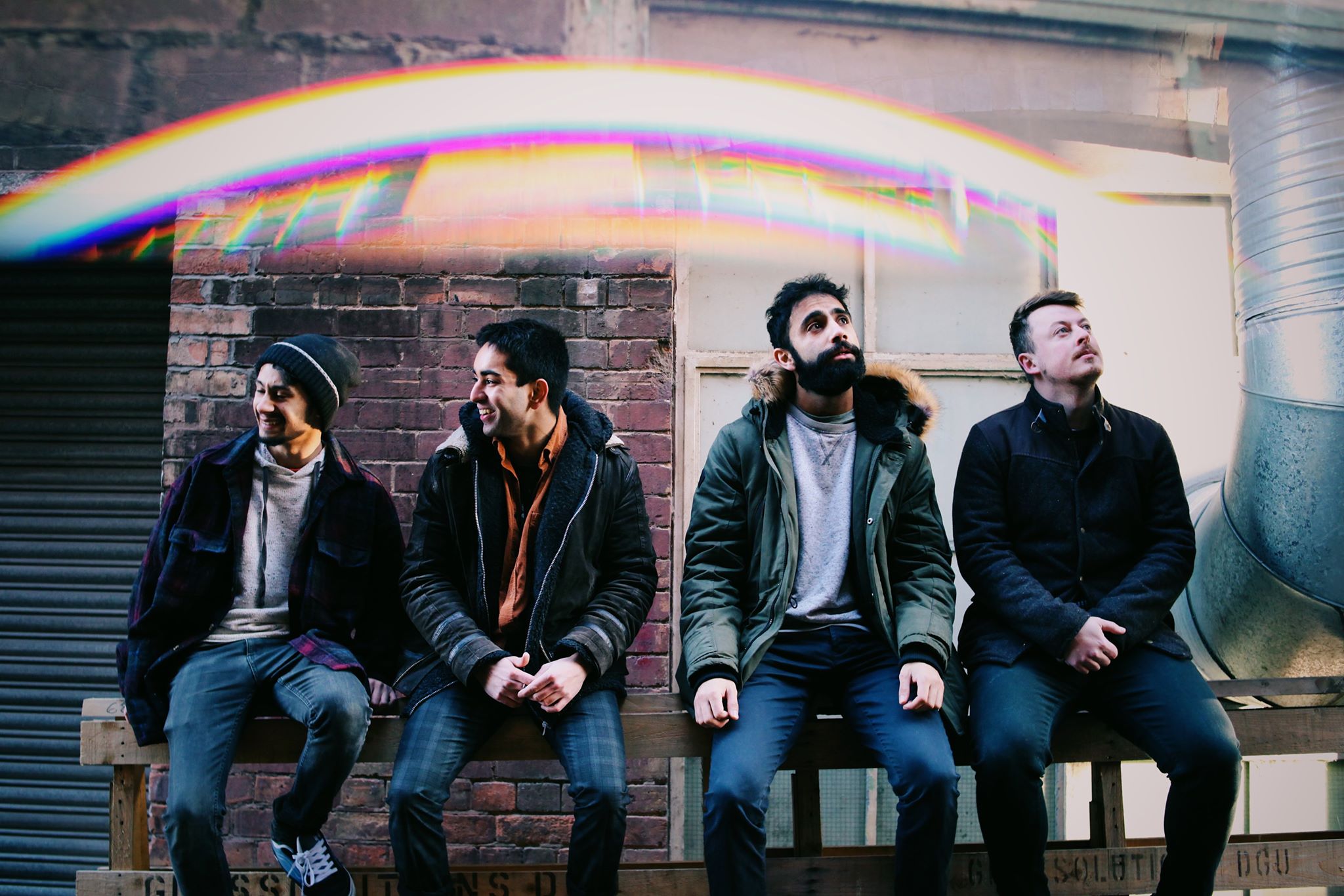 What are some of your favourite things about the Leicester music scene?

We’re huge fans of venues like the Cookie and some of the people who work tirelessly to grow the scene like Paul & Al at Still Ill Studios. There’s also a really strong wave of artists coming through and collaborating.

Who are a few of your favourite local acts?

Just in Leicester we have some fantastic alternative bands like Heart Sauce, Sister Bliss, Factory Girls, Courtney Askey and our good friends Sorrell – not to mention some of the bigger acts who are really representing Leicester like Easy Life. Then slightly further afield there’s bands like SUGARTHIEF & Violet from Birmingham who play around the Midlands. So locally and regionally, there’s a great set of interesting & diverse indie/alternative groups.

What music have you been listening to through lockdown?

It’d probably be easier to cover what we haven’ been listening to! After just a couple of weeks, listening to the same albums in the same room for 12 hours a day was getting grating. I can’t remember discovering so many albums in such a short amount of time since I was in college. We’ve each put together a playlist of some of our favourites which you can find on our Spotify. But, to name a few recent discoveries, I’ve recently been rinsing through Maribou State, Elder Island, Palace, Nils Frahm, amiina, Zeal & Ardor, Crying & Judee Sill. Rash also asked me to include some of his lockdown favourites – Arlo Parks, Joy Crookes, & Tash Sultana. 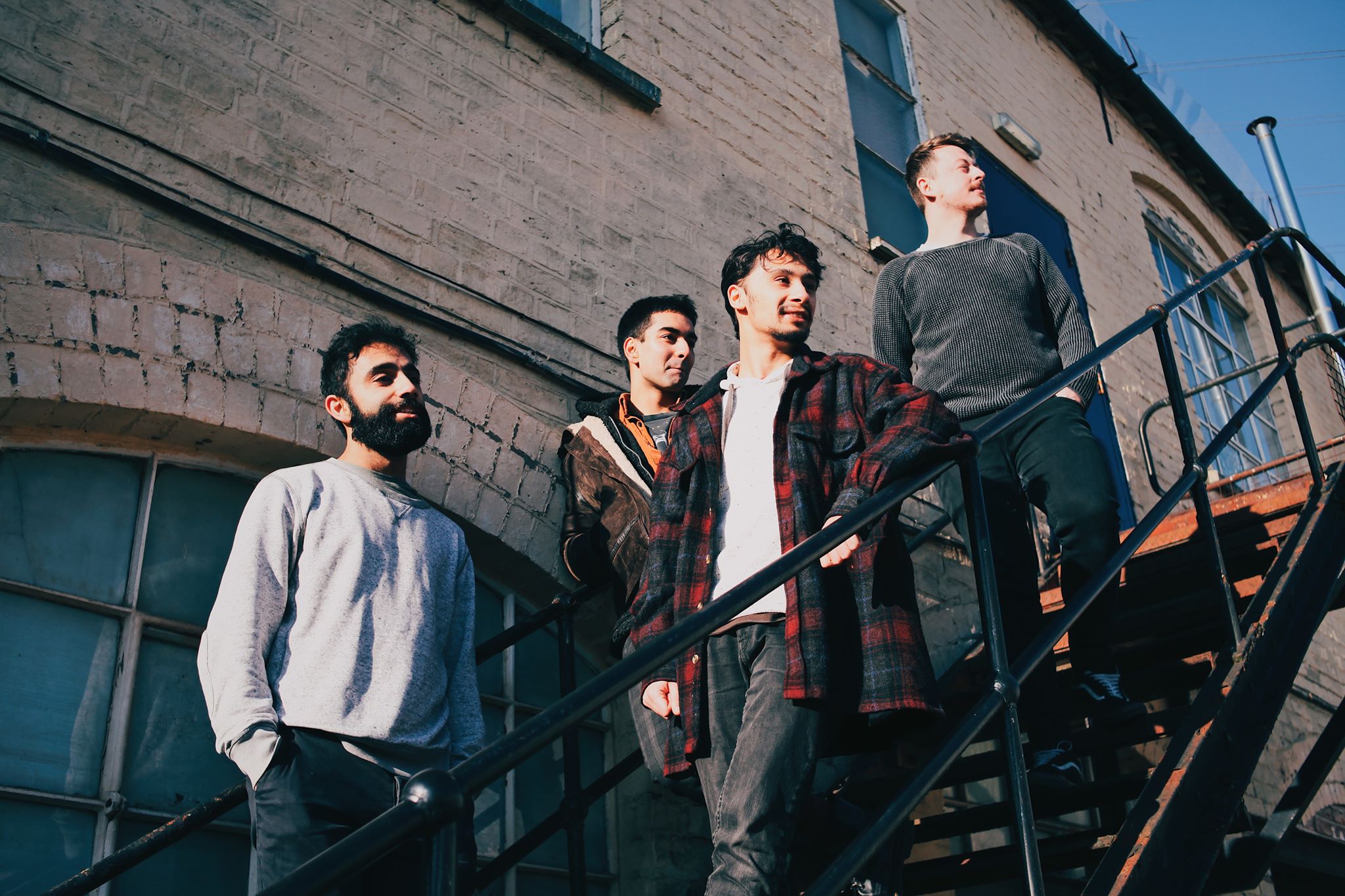 What do AVNT GARDS have planned next as a band?

In the short-term, we’re just finishing up our latest single which we’ll hopefully be releasing very soon. We’ve been discussing changing our brand slightly too to suit the kind of group we are now and the music that we’re making/want to make. We’re going to be looking at trying to get a foot-in-the-door for next festival season and I think our music is going to grow beyond a basic guitar/bass/drums set up – which is going to be really exciting and interesting.

More than anything though, I think we’re just looking forward to playing together in the same room again getting back in front of a crowd. People have been doing some amazing things since lockdown started but there’s no substitute for the feeling of live music – on stage or in the crowd.

What’s been your highlight since being in the band?

I think it was probably when we released our EP last year at The Donkey in Clarendon Park. It was before the enigmatic Warren & Zoe left after 16 years and we organised the night ourselves. We were lucky enough to have some phenomenal bands support us and help make the night a success – most notably the incredible Groove & the Bathtub Pings, who absolutely killed it. The place was packed out of the doors and when we got to the last song in our set (a cover of RATM’ Killing in the Name), the whole stage got flooded. It was one of those rare perfect moments. The absolute epitome of what being in a band is all about. 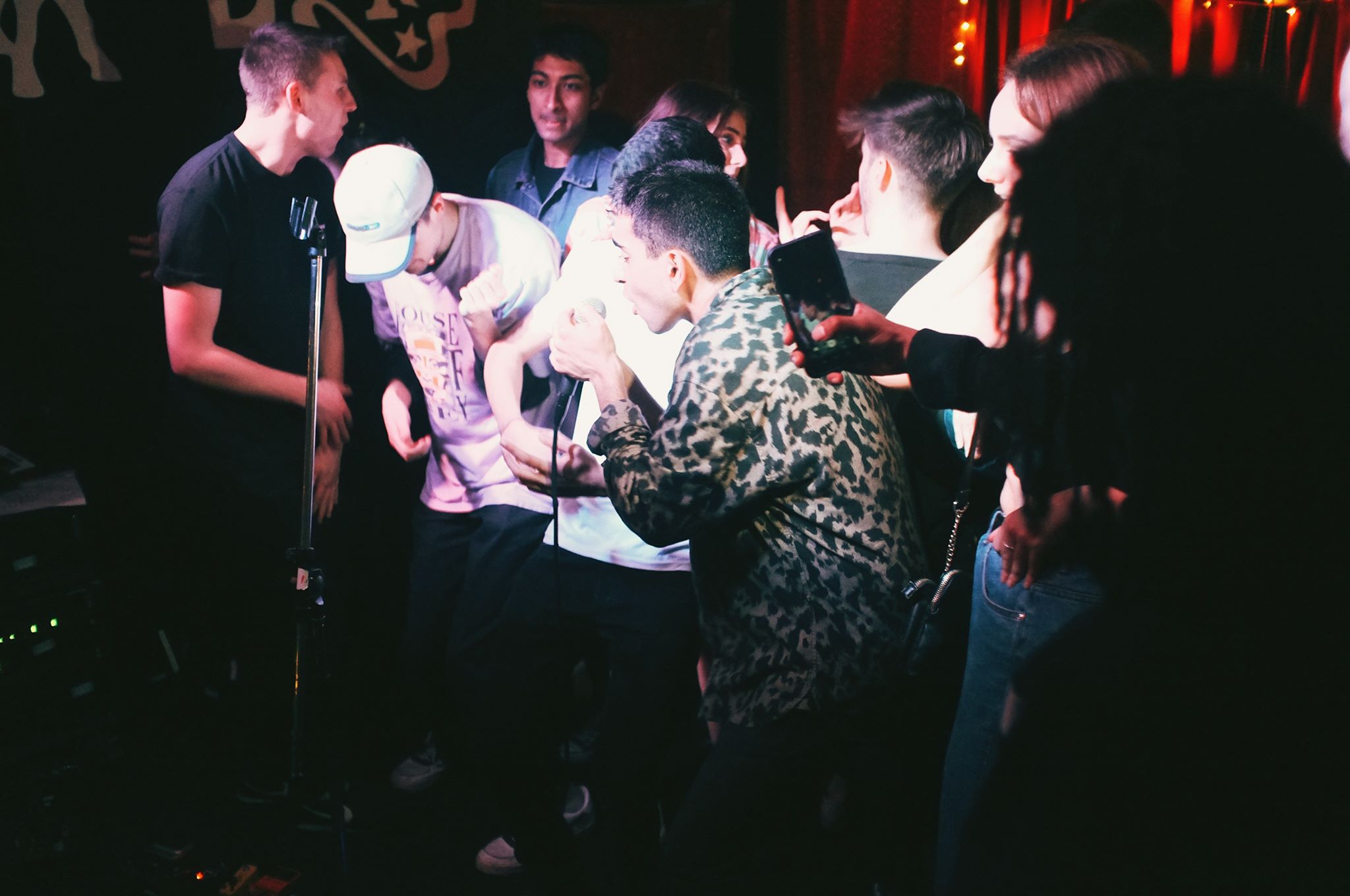 Enjoy this week’s best of Leicester playlist! Each week we’ll be pulling together some of our favourites as well as recommendations to highlight some top local talent. This week’s list features interviewees AVNT GARDS plus their picks of some of their favourite Leicestershire acts.