Forgotten Futures will present a musically diverse programme of artists for a full day of immersive performances in spectacular environments within Attenborough Arts Centre’s hall, galleries and studios. First acts to be announced include Douglas Dare, Gallops and Jo Quail amongst many others. Tickets are on sale now. Full information. 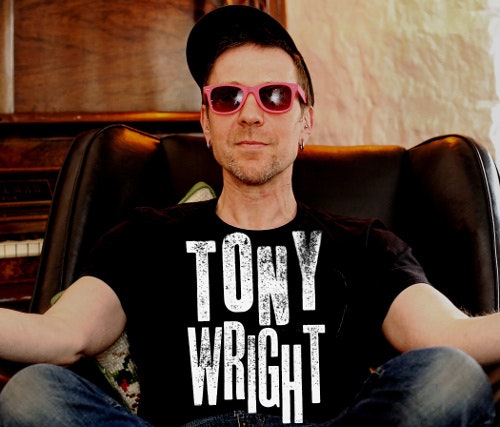 The frontman of British rock band Terrorvision. When he’s not touring with Bradford 90’s hit makers, he writes, records and tours under his own name with a setlist made up of songs he has written on his acoustic guitar – some upbeat, some melancholic, but all thought-provoking. TICKETS.

Humble He – The Soundhouse
Friday 23 October 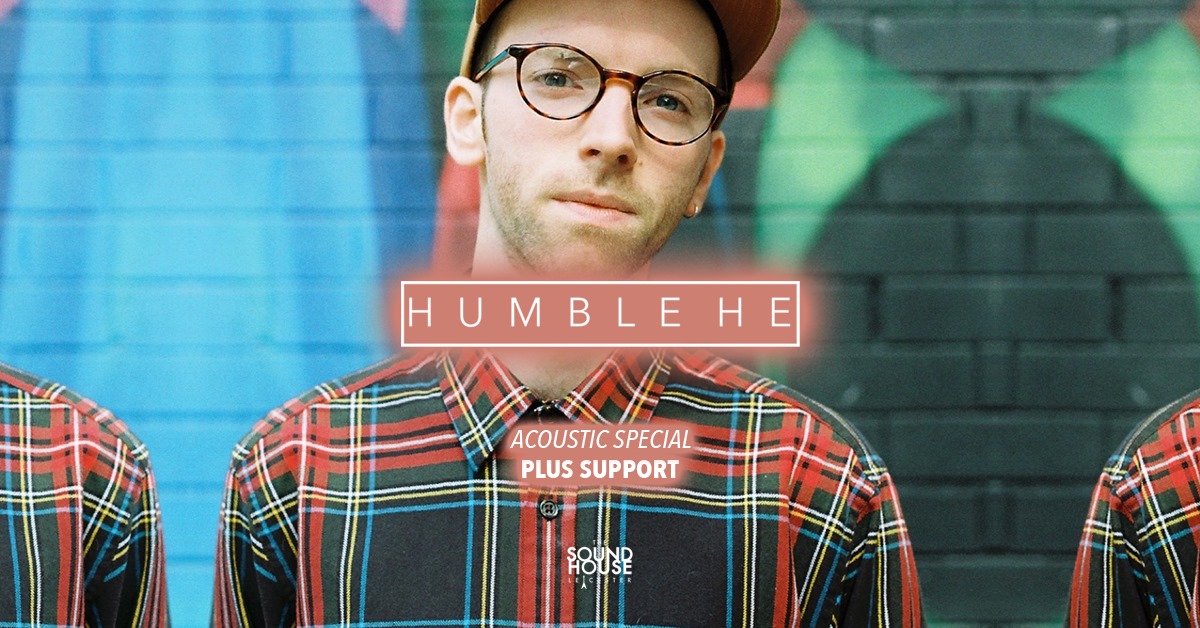 Humble He will be gracing the venue’s main stage for a highly anticipated headline show. Support from Alex Gardner and Emily Carr. TICKETS. 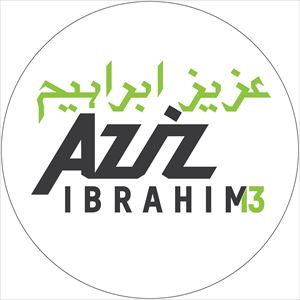 The music industry has been particularly hard hit by the pandemic, but it isn’t just the venues that have suffered. This week we catch up with sound technician Ollie Petch about the impact of this year’s events, the return of socially distanced shows and how he’s working to increase the number of females in the local music scene. 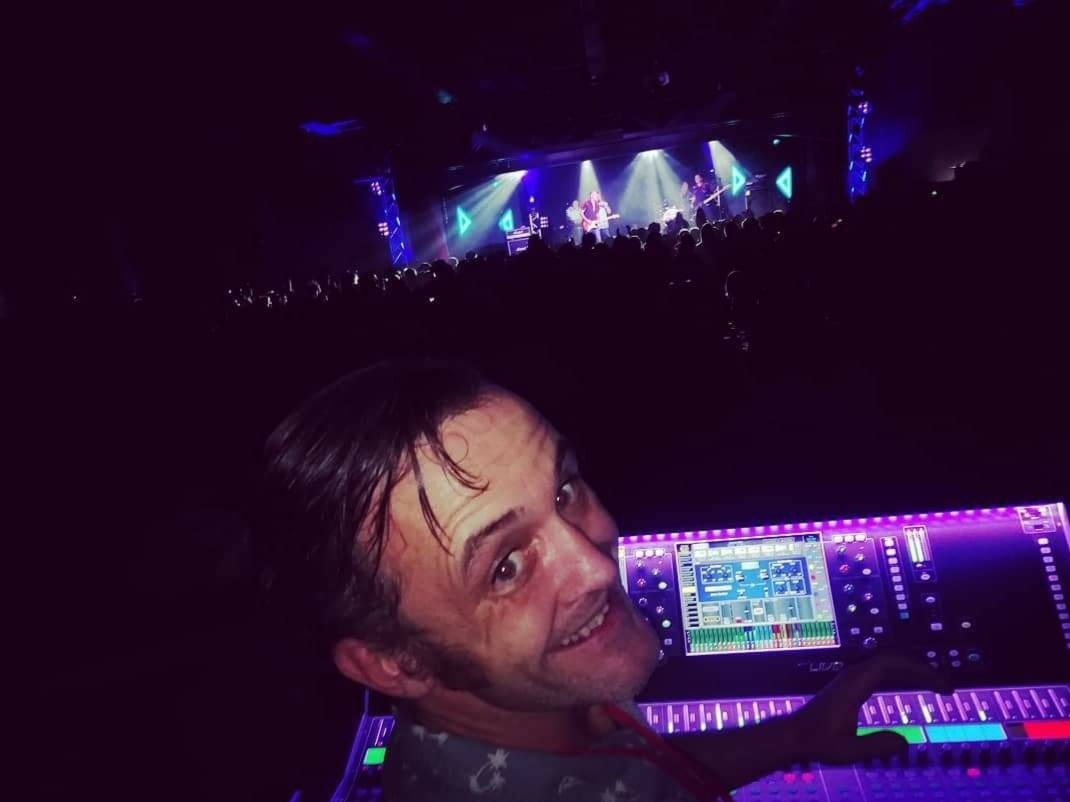 Tell us a little about you and how you’re involved in music in Leicester.

I have been involved in the live music scene since 1999, when I started my own Pro Audio hire company.

At the time (as a 19 Yr old) I felt there was a lack of decent soundsystems and sound engineers within Leicester at the grass roots venue level; so I decided to fill the void!

I visited every live music venue in the city offering my services and eventually landed a job working at The Shed venue in 1999.

Just how tough have the last few months been on the industry on a local level?

Very! Most local venues work on a “hand to mouth” type of system; meaning they really don’t have the luxury of having any type of savings or funds to fall back on. The live music industry was one of the first to shut down, and will be the last to re- open. It doesn’t just affect venue owners and tech staff like myself though; the lack of work also trickles down to promotors, bar staff, cleaners, venue landlords, licensing etc….

Luckily The Music Venue Trust has been working alongside grass roots venues trying to help out with funding ideas to help these valuable venues stay afloat.

What is it about Leicester’s music scene that makes it so special?

There is a real vibe in Leicester (and always has been..!) of camaraderie. It’s like a huge club for live music lovers. Bands support each other (help promote each other’s shows etc) irrespective of genre or background. This is rarely seen in other cities.

There’s the obvious “scenes” and “genres” which we have in other cities,  but these are well supported by local businesses.  For instance “HQ Recording Studio” in Leicester is open to everyone, but is geared towards supporting the local urban music scene, hip hop, R&B etc…. Saying this; as a studio, they are always expanding and evolving and are now catering for live bands etc.

For me the best thing about this city, is its ability to evolve and progress. We have such a huge demographic of musical talent from all over the globe living here, and I’m lucky to work professionally with the Leicester music scene in addition to around the country and world! 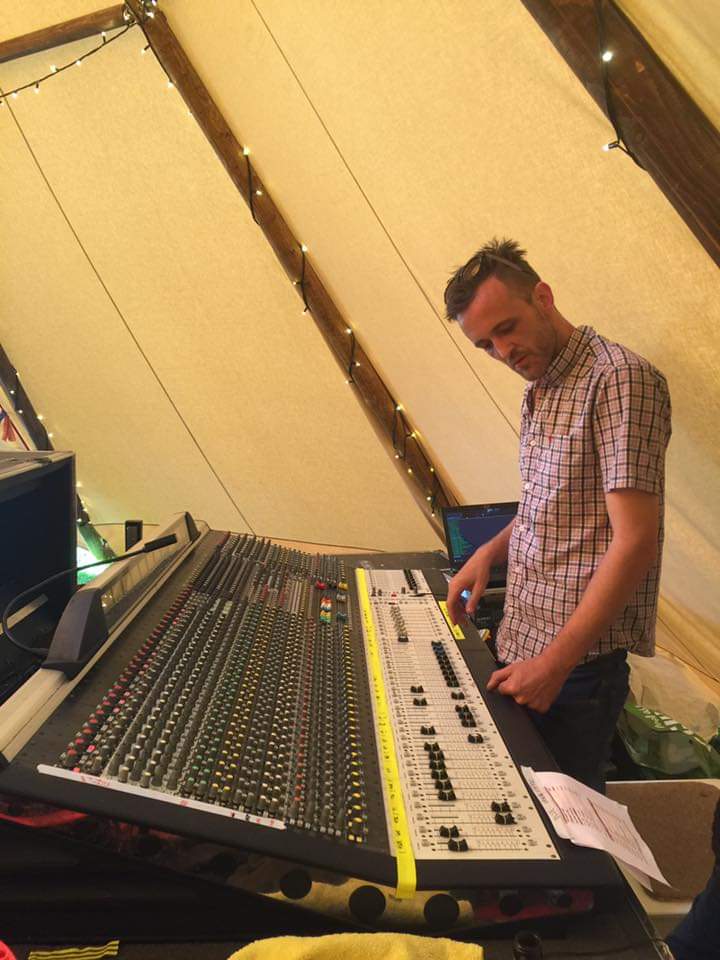 Have you enjoyed getting back into shows since they started back, albeit on a socially distanced level?

Yes, its been great. At time of writing I’ve completed 4 live shows. Previous to this I hadn’t worked since 14 March, so I’m sure you can appreciate it has been a very welcome return!

Shows are different now due to government guidelines; but it’s good to see some events starting to happen.

There’s more work to do tech wise now (cleaning/ replacing kit between acts on a bill etc…), but its so great to see performers now back doing what they love.

You’ve been making a push for more females to get into the tech side of the industry, tell us a little more about that?

Yes I have. A few months back a musician friend posted on social media that in all the years of playing he couldn’t think of one single time a female sound engineer had done the sound for him.

I have an 8 year old daughter, and I’d hate for her not to have the same opportunities and rights as myself if she decided to seek work in my industry. So I guess you could say becoming a Dad has made me think about some issues I (and all of us) should have been addressing long ago.

I work in house as a Sound Engineer at The Soundhouse live music venue. Pre-Covid, they have been accepting interns from various local educational establishments, which I’ve been training on live sound. I’m really pleased to say it’s such a great mixture of genders and backgrounds of students coming through,  so now really in my opinion we need to be working on parity between all genders as the students move forward into their careers in live music.

Same pay, same rights and same opportunities for all.

During lockdown, I’ve decided to continue this training (which is open to everyone!) virtually via my Facebook group “Ollie Pee- Sound Observations” This is in conjunction with The Soundhouse and Duffy’s bar and is totally free of charge. I’m hoping when the local restrictions get lifted this can continue into local venues with in person training. 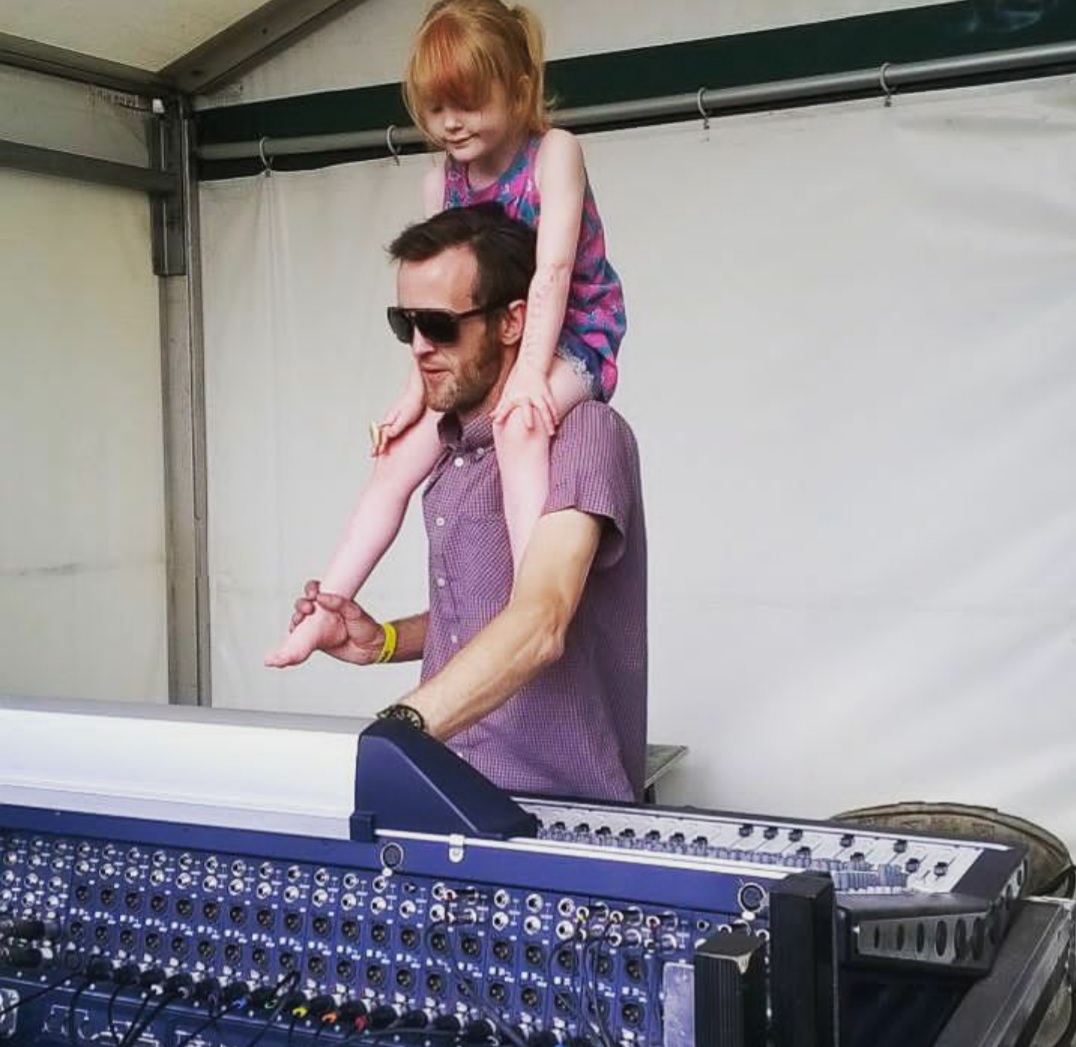 Why do you think we’ve seen such a gender imbalance in the industry?

In the past it’s been regarded as a bit of a ‘lads club’ (similar to football etc…), just look at the generally used job title “Sound MAN”. Times have changed, and too right its now time to forget about this old fashioned idea.

Previously a lot of PA companies would solely employ men, as loading kit in and out of trucks can be heavy. Legally males are allowed to lift a few more kilos the females. (But to be fair I’ve employed females who have put many males to shame when it comes to loading the truck!) These regulations are outdated (in my opinion) and to be fair with the way the technology has progressed things are getting smaller and lighter as time goes on. So in essence, there really is no need now to base a job description on a gender in the music tech world any more, no matter how you feel about this issue.

Who are some of your favourite local acts or real ones to watch?

Ow, tough one! My favourite acts to work for are: Goldwater, The Brandy Thieves, The Jesse Wright band, The Millmen and The Social ignition. I’m partial to a band that really comes alive in a festival setting!

One to watch from me is DEFINITELY Strizzy Strauss. Hip Hop with a proper message! 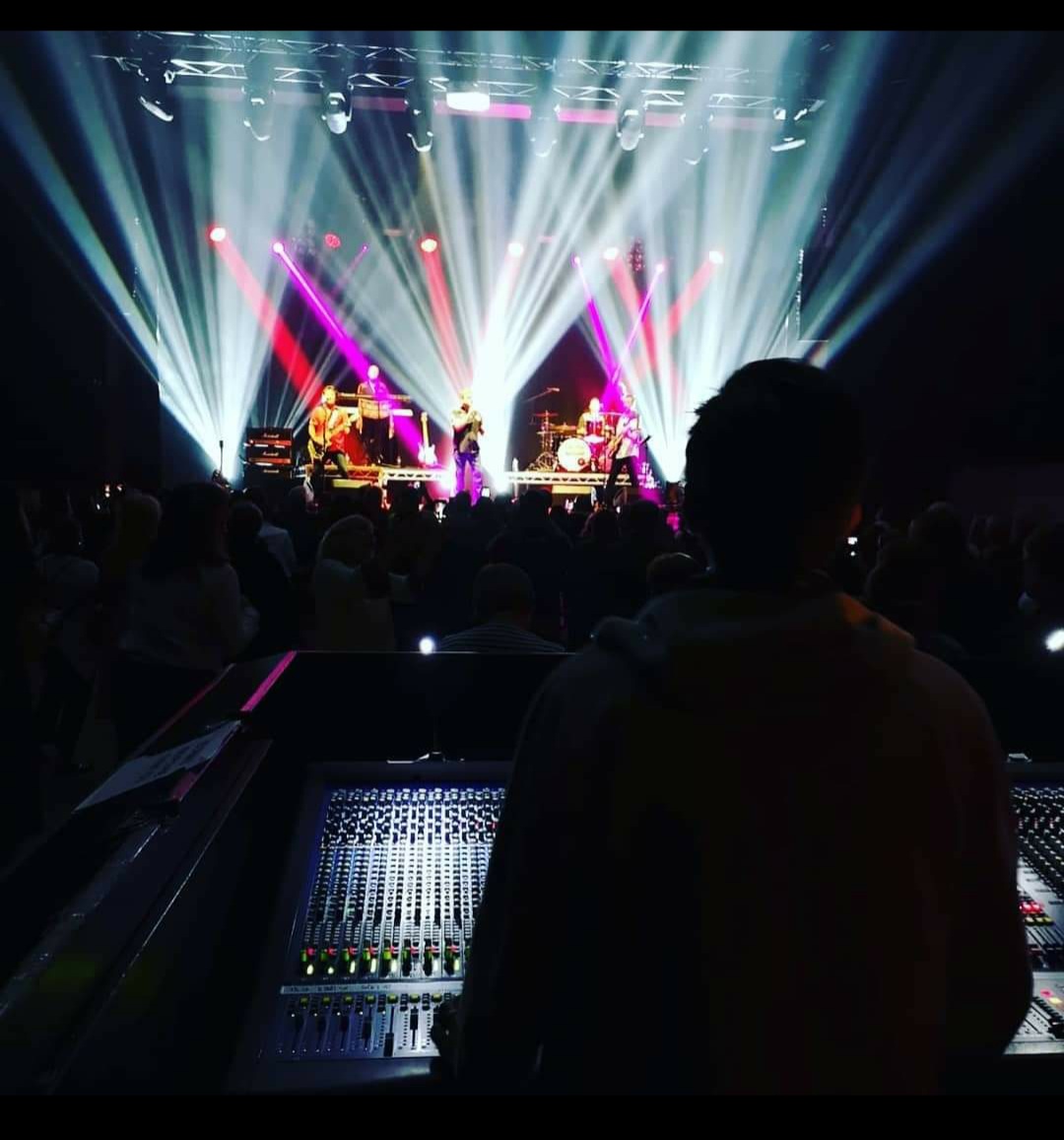 Where do you think the local scene will be in 12 months time?

Still recovering, but its hard to say. Everything changes weekly. I’d hope that they are all allowed to continue to host live music in a safe, socially distanced way. A little more help from the government would be good, as at the moment grass roots have been “forgotten about” a bit, and musicians and techs have been told to “retrain”. I guess these times are all about evolving, and as I said earlier; thats one thing Leicester strives at!

How can people support venues and artists during this time?

– Donate to crowdfunders
– If venues open as bars/ resturants USE THEM!
– Buy merch from venues etc..s
– Purchase tickets for socially distanced shows (and be flexible if they get cancelled).
– Listen to venue staff, follow the rules, wear a mask when not seated, don’t get rude or argumentative. If a venue can’t seat you (to avoid this ensure you pre-book). Just be nice.
– Follow government advice regarding Corona and hopefully the UK will get this under control and we can be partying like normal soon!