Leicester’s brilliant S.T. Manville treated us to an at home acoustic performance of Fleetwood Mac’s Everywhere. Check it out… it’s beautiful.

The Soundhouse Fundraiser
Wednesday 20 May 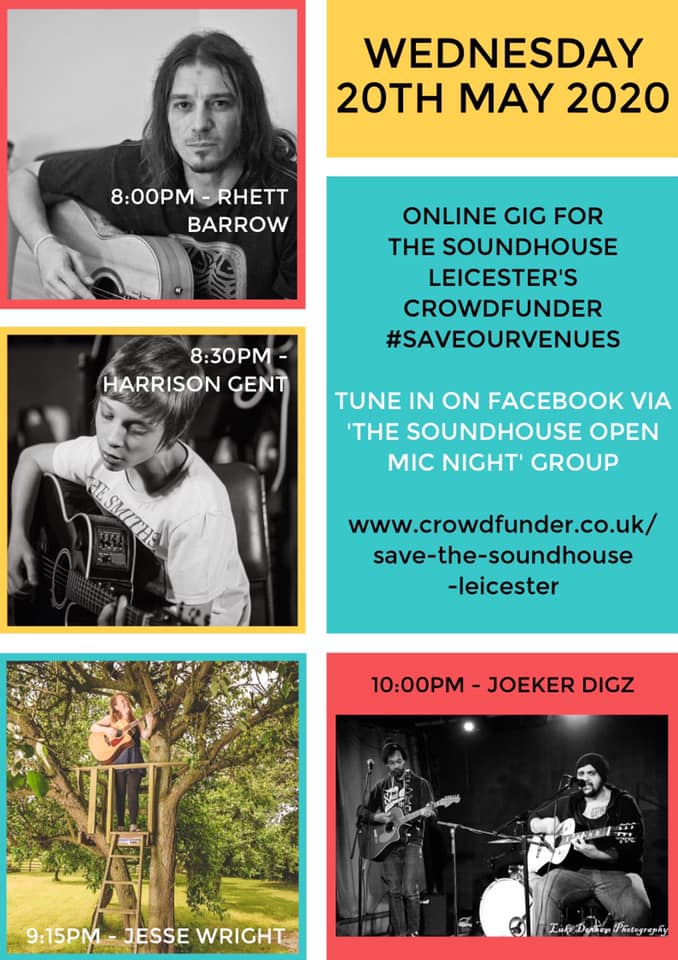 Join Rhett Barrow as he hosts a evening of local music to fundraise for The Soundhouse. Watch live via Facebook.

As we continue our catch-ups with people from across the Leicester music scene, this week we chat to performer Gareth John. Gareth is a man with a lifelong love of all things swing, jazz, R&B, soul, rock n roll and funk. A singer, trumpet player, multi-instrumentalist, entertainer and educator, he’d normally be busy right now with a packed schedule of weddings and festival performances, so we caught up with him to find out how he’s getting on through the lockdown. 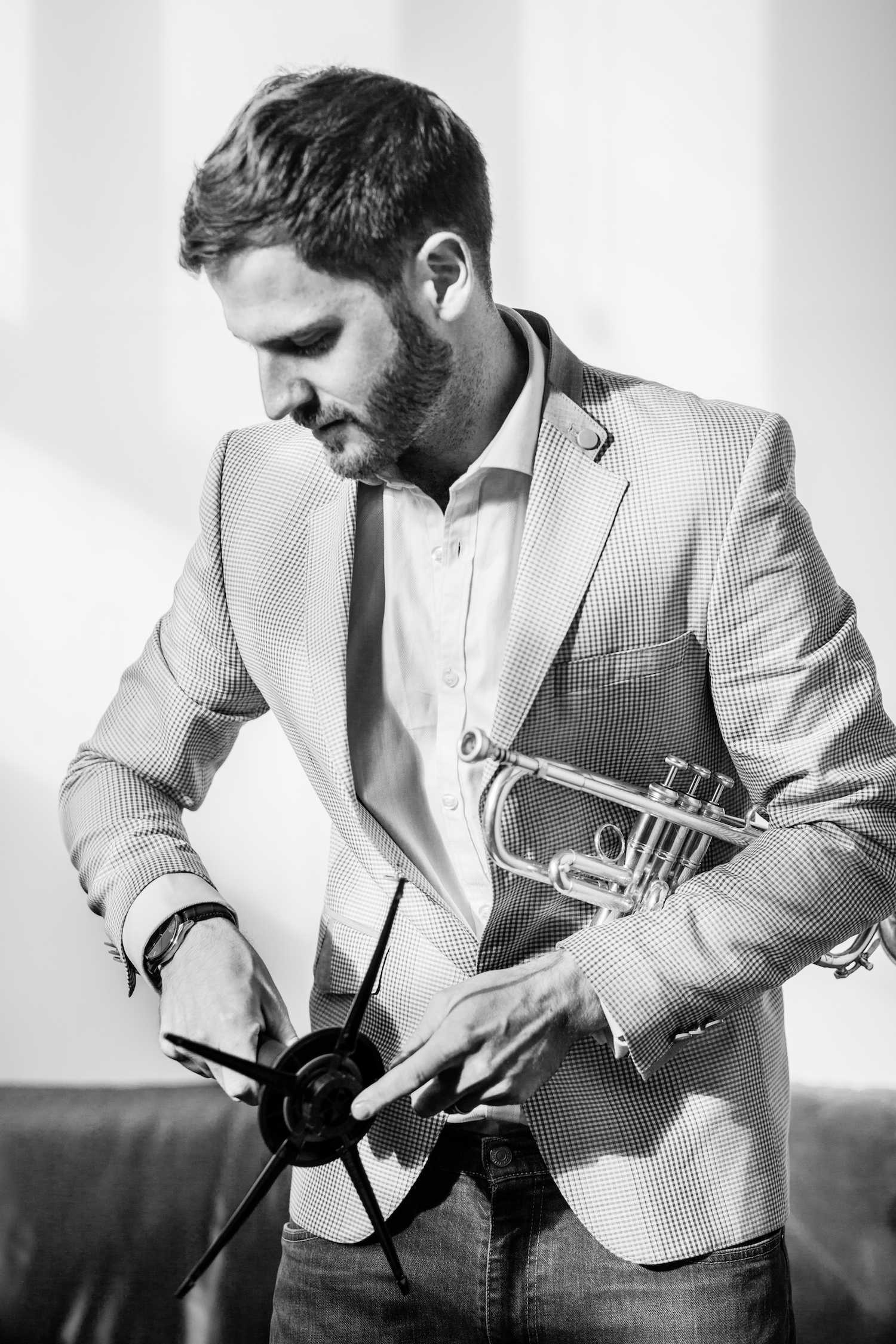 You’d normally be gearing up for a summer of festivals and weddings, how has the Coronavirus lockdown affected you work wise and musically?

Obviously a lot of live work has been postponed (thankfully not cancelled in the majority of cases), and even the autumn tours that were in the diary have been moved as a precaution, but for me the lockdown has presented a chance to reconnect with why I went into this game in the first place, and what I want to achieve in the mid to long term. I’ve had a lot more time to develop my profile, content and musical output as a solo artist, move things forward creatively with my main band King Brasstards and even develop new projects related loosely to music and performance but outside of making music, such as my new podcast, ‘On The Road With…’ where I talk to touring professionals from the entertainment and performing arts industries about the realities of life on the road.

You’ve been doing live streamed performances on Facebook, how has the response been to these?

Yes, every Saturday at 7 pm as well as Facebook Live ‘vlogs’ throughout the week and the response has been great. Every live performance I’ve done has had comments from the audience about brightening up their week with some live music and I think that’s an important role that we as performers can play during these times. 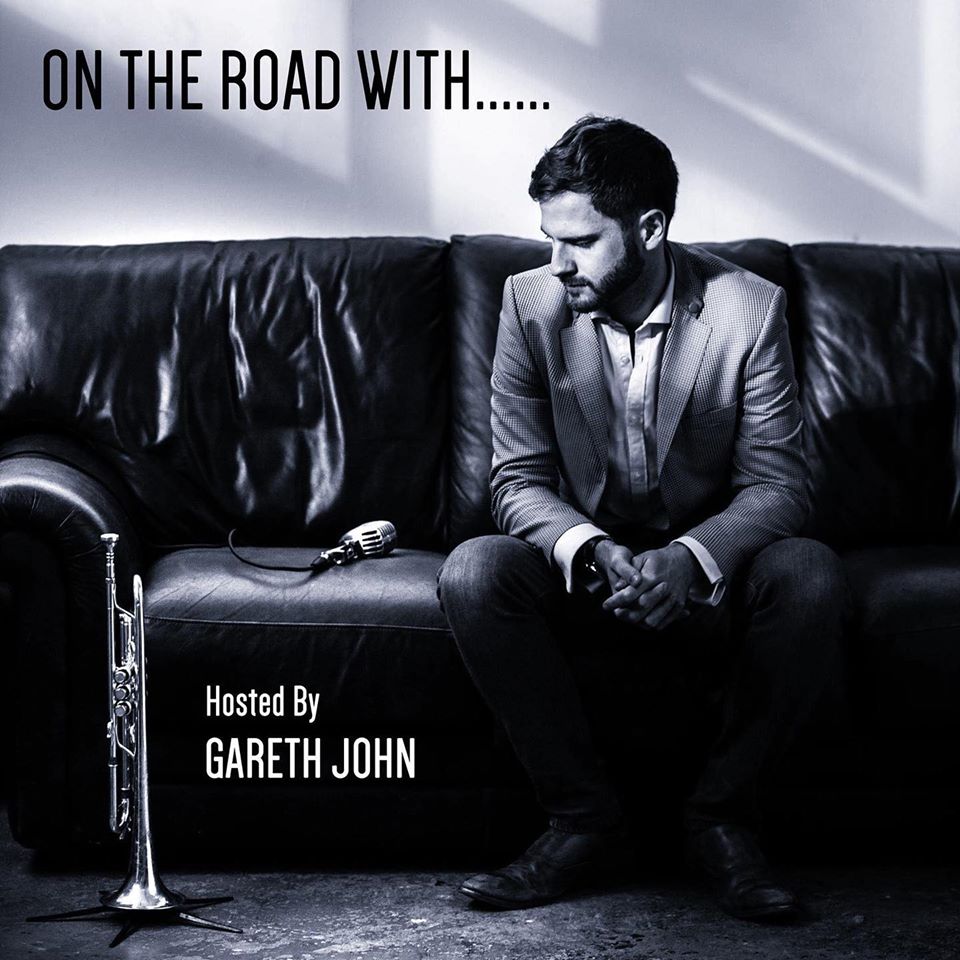 Of course you play in a number of different groups, for anyone who isn’t familiar with your work can you tell us a little more about it?

As a solo artist, I released my debut album ‘As Long As I’m Singing’ in 2018, featuring the fantastic GJ Big Band and collaborations with Alison Wheeler, former singer with The Beautiful South. I also co-founded New Orleans Brass-swing outfit King Brasstards in 2015 and we have since released two albums, worked with the likes of Freak Power’s Ashley Slater and trombone superstar Dennis Rollins, and graced many a festival stage such as Camp Bestival, Swingamajig and Wilderness Festival. Alongside these projects I have also been part of The South, as a trumpet/flugelhorn player since 2014, and have just launched my first podcast ‘On The Road With…’ which is available on Apple Podcasts and Spotify.

In terms of education work, I’m also proud to be Musical Director of DMU Jazz Band & DMU Brass, Vocal Coach at Learning Without Limits Academy Trust and Head of Brass at The Mead Trust, based at their flagship Academy Rushey Mead and their brand new school, Castle Mead Academy.

What advice would you give to any musicians who are struggling with the current situation?

I completely understand how it can be a struggle staying motivated and the uncertainty regarding income from live performance can be a real concern. On the other hand, it gives us an opportunity to engage with our creativity again, as well as looking potential outlets and income streams in the wider music industry, and broaden our minds from being focussed on just playing live.

What further plans do you have to keep yourself active musically during all of this?

It’s looking busy! Running and promoting the podcast takes up a fair amount of time, and my next solo album, ‘The Other Side’ is near completion, as is DMU Jazz Band’s debut release ‘Ladybird’, so there’s a small amount of work to do to get them over the line! I’ll also be live streaming, releasing singles and working on video content/future collaborations with King Brasstards.

Who are some of your other favourite local performers?

Nile Barrow aka HO.FU is releasing some amazing music at the moment. Each song is different, but they have a common thread where you can see he’s really carving out his own sound. Easy Life are also a really clever outfit musically, and Murray is great character to watch live. They keep rising through the ranks, which is awesome. The Darling Creatures, who worked with me on my last album, are also a group to watch – just top quality all round performers with impressive voices, and a really classy performance style.

What would be your top 3 lockdown album recommendations for people to discover?

Embraceable You – Chet Baker – it was tough to pick one of his many great albums but again, very honest delivery and beautiful arrangements.

What are you most looking forward to when this is over?

You can only do so much to further your career as an artist online, and I CAN’T WAIT to launch the next album live; there’s no substitute for delivering a great live show and having been through a tough six months then the lockdown, it will be an emotional night! More than that though, seeing family and friends in the flesh! I don’t mind the traditional phone call for keeping in touch, but if I never do another ‘zoom call’ again it will be too soon! Also, a ‘proper’ coffee in town, instant is just not the same!

Gareth’s podcast, On The Road With…, is available to stream now via Apple. You can also catch his weekly live performances via Facebook.

Enjoy this week’s best of Leicester playlist! Each week we’ll be pulling together some of our favourites as well as recommendations to highlight some top local talent. This week’s list features the likes of interviewee Gareth John and his band, King Brasstards, plus some of his favourite picks and some great local tunes to get you in a summertime mood.