Forgotten Futures takes place on Saturday 1 May 2021 at Attenborough Arts Centre. It collects together a musically diverse programme of artists from across the UK for a full day of immersive performances in spectacular environments. As a taster they’ve just released this magical performance by Peter Wyeth within Kelly Richardson’s ‘Mariner 9’ (2012) at the AAC. For tickets and more information visit https://frgttnftrs.com.

The Soundhouse Streams launched its first live performance as Homeless Shakespeare at The Pigeon Theatre performed live at the venue on Saturday 5 December. You can catch the show online now via The Soundhouse YouTube channel.

The Fearless Fox & Daring Deer was written during the first Covid-19 lockdown and became a hit across Leicester. Now, the author has joined up with Leicester singer/songwriter Mellow Baku to create a single to accompany the illustrated book. We caught up with Joe Nixon to find out more about it. 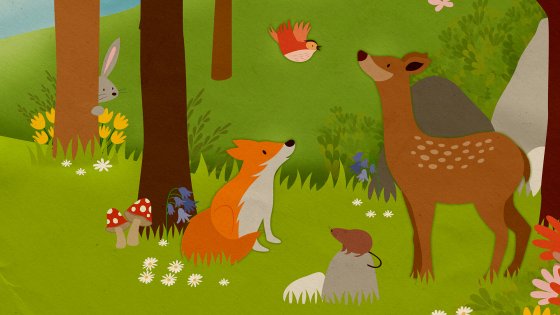 The Fearless Fox & Daring Deer is a children’s picture book which has been written and illustrated to raise money for the NHS in light of the Covid-19 pandemic. It tells the story of a fox and a deer who go down from the woods with their friends into an empty town while the humans are locked inside, and enjoy the freedom to have fun and play games. It was inspired by various news reports from around the world of animals venturing into empty streets and cities. We’ve so far raised over £5000 from book sales for the charities.

You’ve recently produced a Christmas single inspired by the book, how did this come about?

There’s a section in the book called ‘The Rainbow song’ where the group of animals sing to the humans who are stuck inside their homes. I knew that I wanted to bring that moment to life, and it was also an opportunity to raise more awareness of the campaign and the two brilliant local NHS charities: BrightSparks Arts in Mental Health and the Leicester Children’s Hospital Appeal.

How was the song been received so far?

The single ‘There will be another rainbow’ really captures the essence of the book and has a Disney-esque feel which appeals to children and adults alike. The response has been incredible and we’ve had some lovely comments from people about how the song offers a message of hope for a better world beyond the pandemic. There have also been lots of (happy) tears, and my young niece and nephews are mesmerised by the video.

You partnered with Mellow Baku for the single, how has it been working together?

I’ve known Mellow for about twenty years and always admired her stunning voice from when I used to hear her play at the Original Four midweek sessions. Mellow is involved with the BrightSparks charity, so was the natural choice to bring the story to life. It’s been a pleasure working with Mellow on the track, she’s taken the bones of a song and created a magical melody and chorus which she performs so beautifully –  the finished result is beyond my expectations. Mellow also worked closely with talented producer-musician Adam Ellis at Deadline Studios to help make the project happen, and he’s done a fantastic job too. 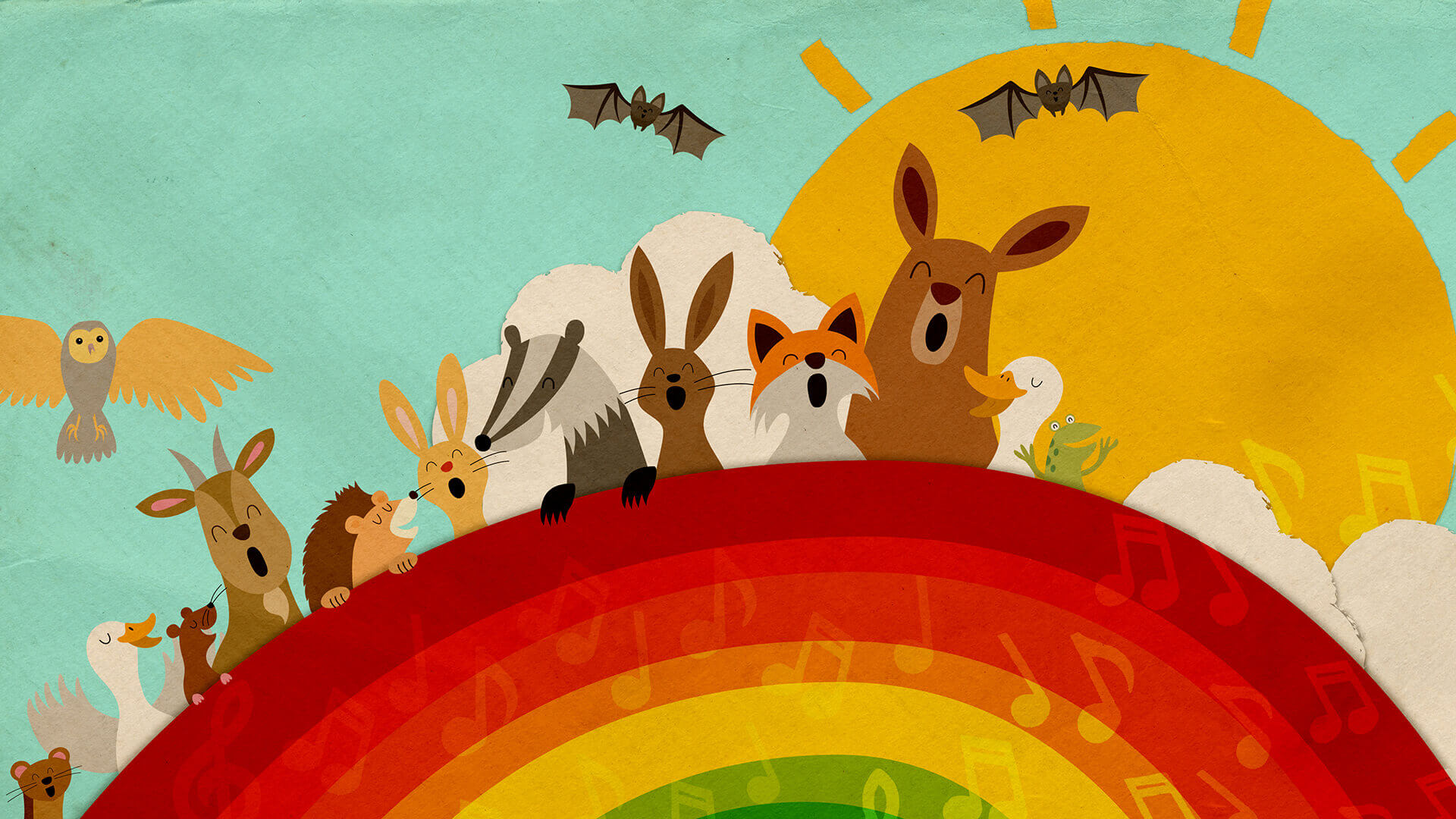 How have you found 2020 in terms of staying creative?

Personally I’ve found 2020 to be a period of intense creativity, and the original lockdown allowed me to explore new avenues. My company, Arch Creative, has collaborated with several other creatives such as local artists, other design agencies – and now musicians! That has actually helped us to keep things fresh and offer our clients an even more diverse offering.

Leicester is blessed with so much musical talent, there are too many names to mention. My friend Yasin from HQ Recording has a diverse range of brilliant artists on his books – and they’ve also produced a Christmas single. In fact I think this year is a record for local Christmas singles! Lee Spreadbury from GU-RU is a particular favourite of mine, he’s a fantastic keyboardist. I invited him to play piano and Hammond organ on the track and he’s done an amazing job. 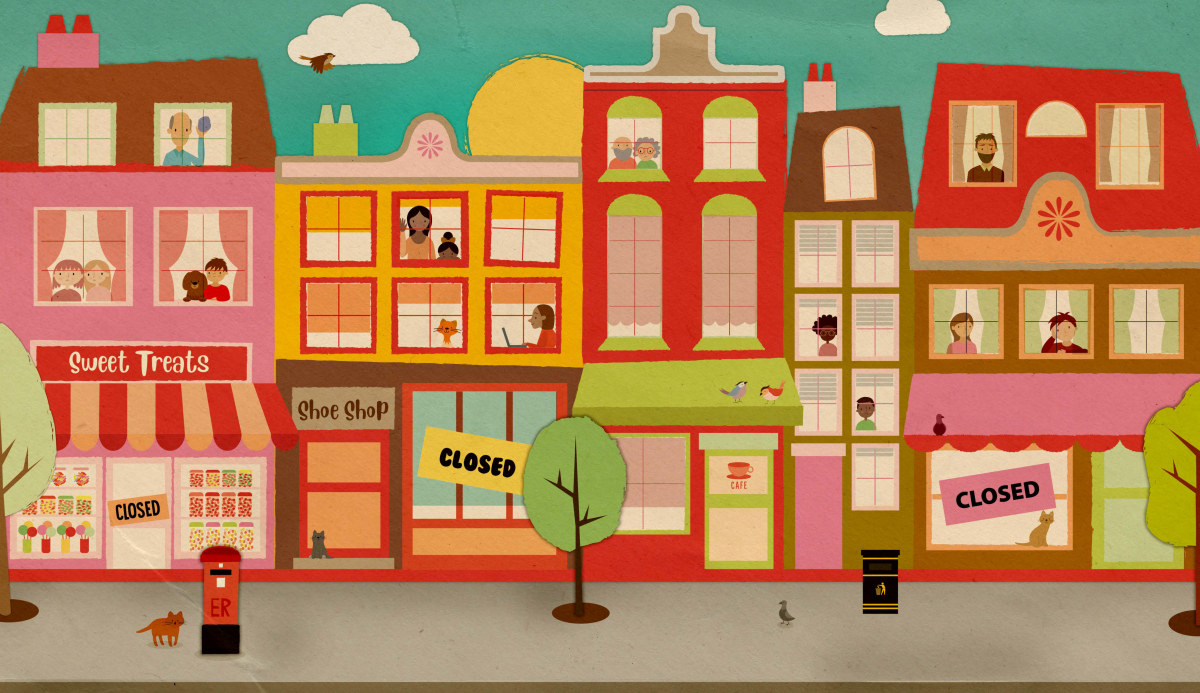 What message can The Fearless Fox and Daring Deer help people to take into 2021?

Sometimes we need to see the world through the simplicity of children’s eyes. We’ve had a terrible year, but there have been lots of silver linings that have come out of the crisis. Along with many environment benefits such as cleaner air, lower carbon emissions that we’ve experienced during lockdown,   I think we’ve all realised that we should count our blessings and appreciate what we truly have. It’s not material things that matter, but simple things like those hugs and kisses from loved ones that we’ve missed out on, and walks in the woods and getting back to nature.

Where can people hear the single?

The single is available to download from all the major music platforms including Spotify and iTunes, and all of the proceeds from both the single and the book will be going directly to the NHS charities.

Go to Fearlessfox.co.uk – you can see the video and get all the information. You can also watch via YouTube (video above).