The Soundhouse will be reopening their doors for the first time with their daytime Summer Sessions on Saturday 22 May. Free entry and live music on the outdoor stage. Join them from 1pm – 5pm. 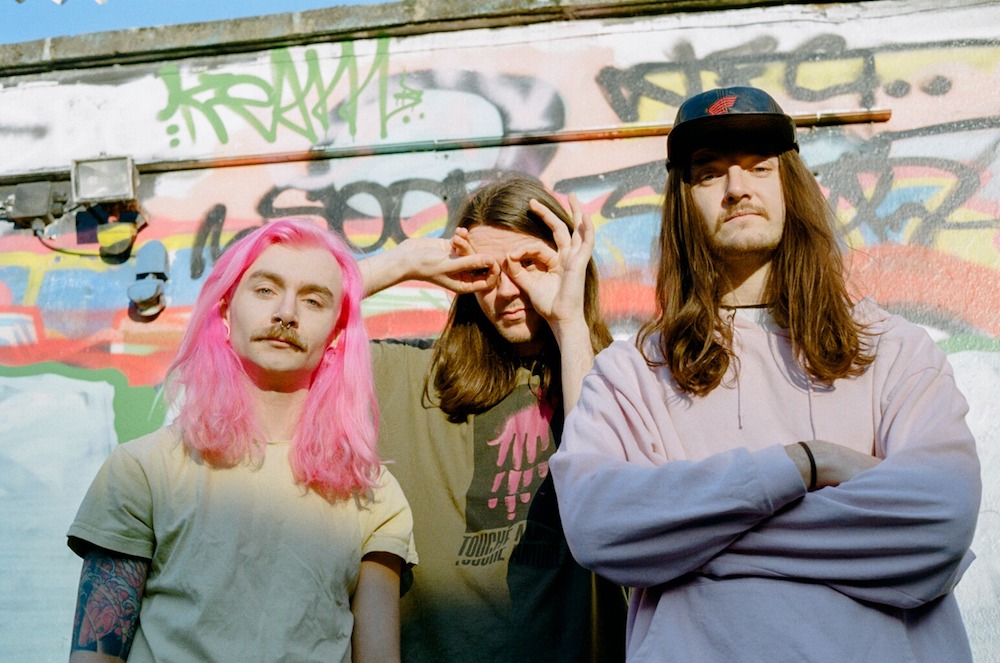 After a whirlwind 2019, Brighton based Gender Roles return in October 2021 with their ‘Rock Refresher’ UK tour. 2019 saw the band release their debut album PRANG through Big Scary Monsters Recordings, chaotic sell-out headline shows across the UK & Europe followed and the year ended triumphantly with a live Maida Vale Session for Annie Mac on BBC Radio 1. Since then, the band have been working tirelessly in the studio on the follow-up album to PRANG. With album 2 safely in the bag, the band look forward to both debuting new material live in October -as well as playing those fan-favourites once again. TICKETS.

When Leicester City made it through to the FA Cup Final we asked on Twitter why nobody makes FA Cup Final songs anymore. HQ Recording were reading and decided to rise to the challenge. In just 2 weeks they’ve written, recording and even made a video from the Cup Final single, LC BOP. We chatted to Yasin to find out more about it. 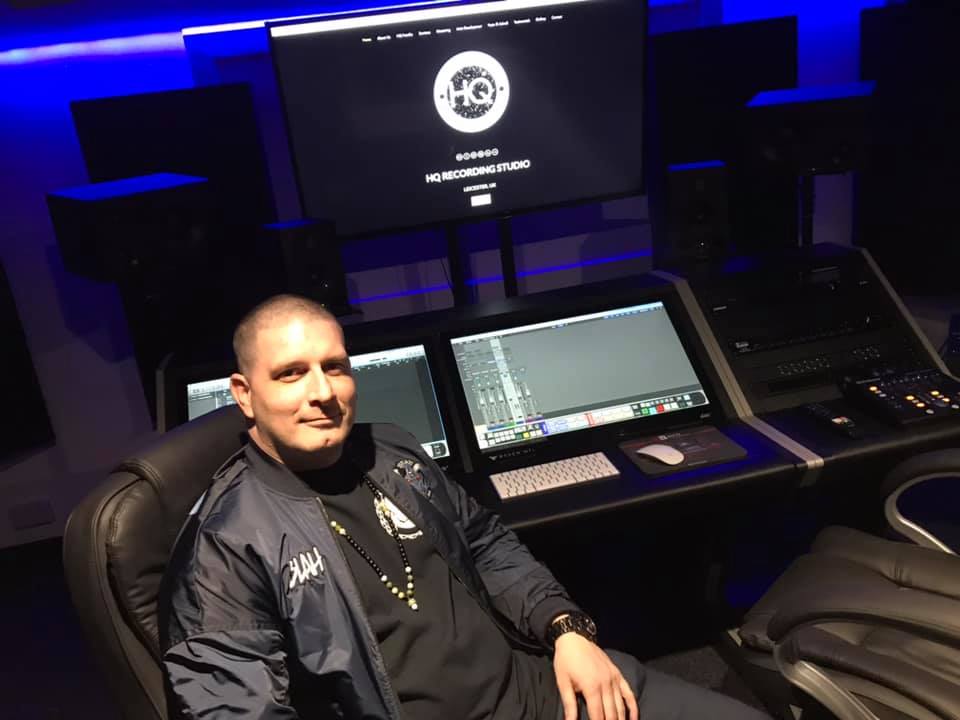 How did the LC Bop track come about?

We were tagged in a post from Cool As Leicester asking why no one made cup final songs anymore so thought we’d rise to the challenge!

You’ve smashed it out in record time, how difficult is it to turn around a track and video on that timescale?

It’s quite difficult but luckily we have a great team and 24 hour access to studio etc so we put quite a lot of hours into it even though it was done in such a short timeframe.

Tell us a bit more about Flynny O’Flynn and Evo…

Flynny O’Flynn & Evo are both part of the HQ Familia roster of artists, they are both versatile rappers & producers who can easily rap on different genres etc. They both first joined HQ through one of our community projects and were so good we kept them on afterwards to continue developing them. They both now have loads of tracks and videos to come over the next year so go follow them or @hqrecording to follow the journey to the top!

How did you come to work with it alongside Leicester City in the Community?

Dan, the Community Engagement Manager, had connected with me through LinkedIn so I just sent him a message with the first draft of the song and he liked it so we came up with a way for them to get involved which was for us to teach some of the young people they work with how to do the LC Bop then filmed them and added them into the official music video.

What have been the highlights for HQ during the last 12 months?

Obviously it’s been a strange 12 months with no live events and being closed to the public for the majority of it but we’ve had a lot of good things happen too and have managed to create lots of new jobs and opportunities for the people we work with which is amazing and we’ve made some amazing music and videos so lots of music creation highlights!

Did you ever have releasing an FA Cup Final song on your ticklist?

Not at all, it had never even crossed my mind until I saw that tweet to be honest! I’m glad we’ve done it though, it’s been a fun experience and we’re really happy with the end product. We’re all Leicester fans too so it’s very fitting that it’s us who’ve done it!

Which artists should we be looking out for over the coming months?

Flynny O’Flynn, Evo, Harri Georgio, Alice Kübe, & Morgan Monroe all have projects ready to go and have all started or about to start their release cycles, then Ffion Rebecca and Jada will be following suit with their EP’s. The whole HQ Familia team is about to really turn up the levels and put out some of the best music to come out of HQ so far, our producers Priv, Tayo B, Michał, Zak Joshua and Asthmatic are all on fire at the moment too. And I’ve got to shout out Harri’s band ‘The Well Behaved Young Men’ and especially Matt Bury, the guitarist, as well as they help with so much of the production and performance aspects of what we do. 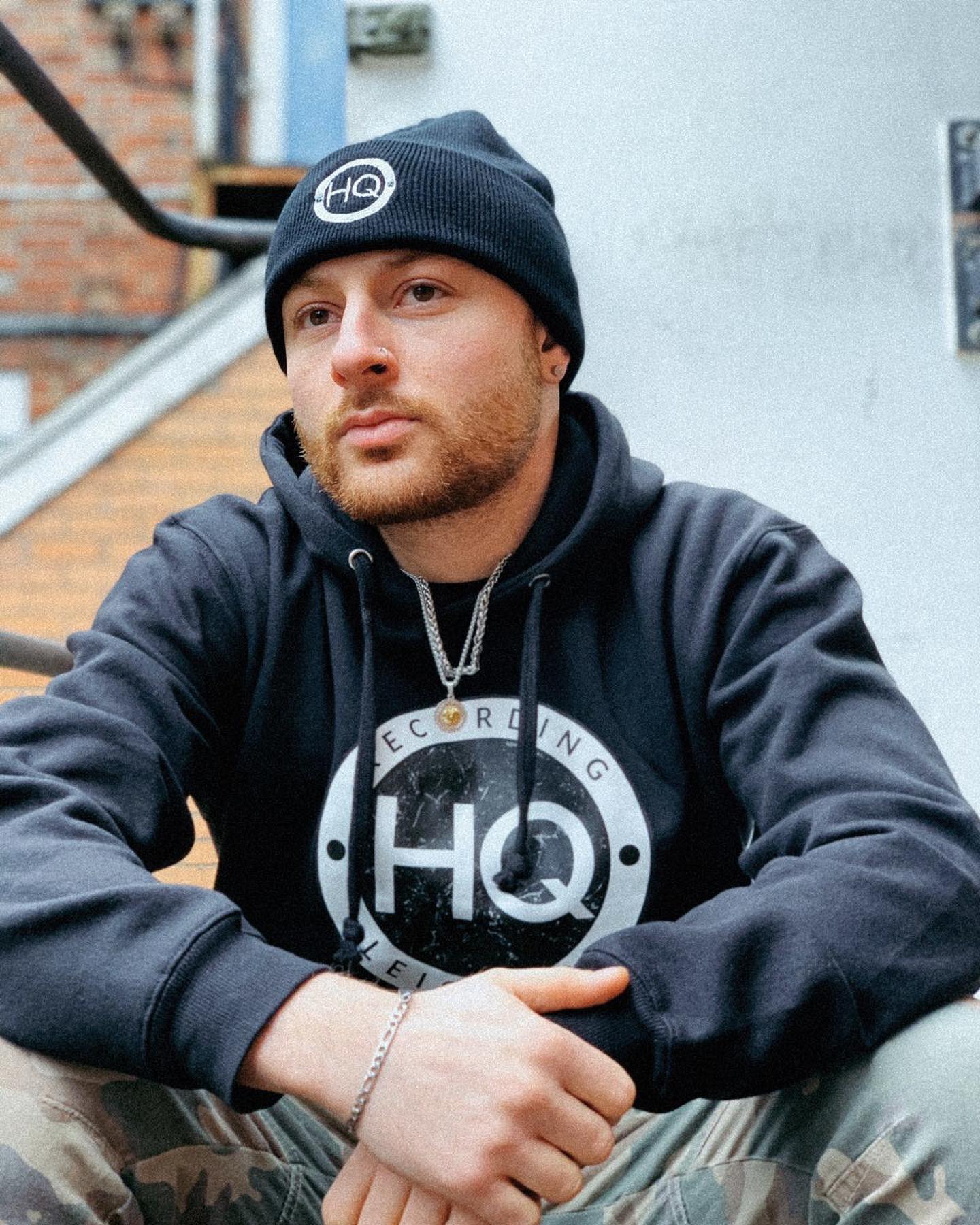 How can people find out more about HQ and what’s coming up?

Best way to stay up to date is to follow us on socials, it’s @hqrecording on all platforms, we post regular updates on there and lots of cool content