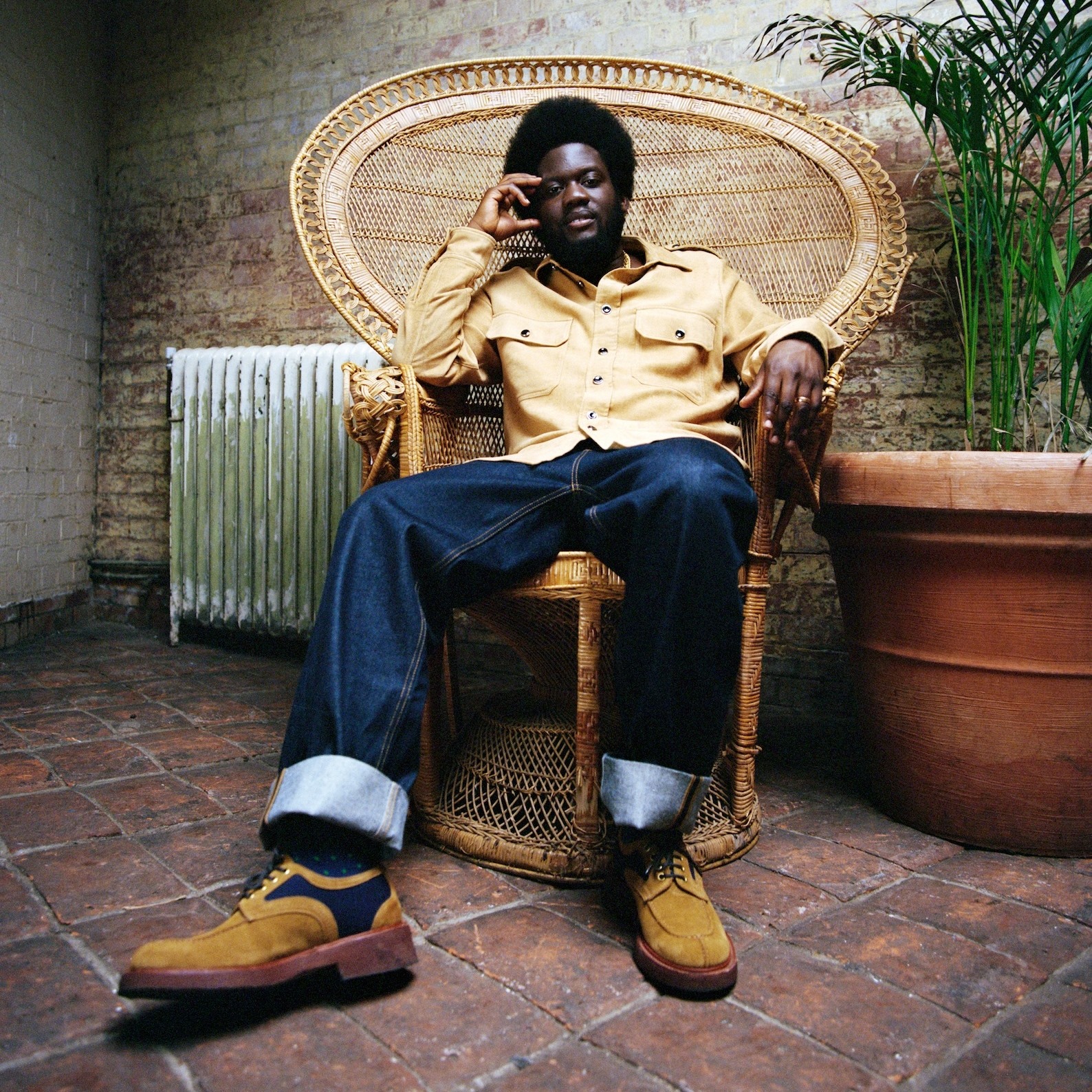 With his acoustic sound and timelessly soulful voice, British singer/songwriter Michael Kiwanuka emerged to acclaim in 2011 combining folk, indie rock, and R&B with traditions borrowed from his Ugandan heritage. Drawing favourable comparisons to Curtis Mayfield, Terry Callier, and Van Morrison, Kiwanuka earned a Mercury Prize nomination for his debut album, 2012’s Home Again, and won the BBC’s Sound of 2012. He further cemented his reputation as a gifted and rootsy performer with his sophomore album, 2016’s Love & Hate, which went gold, landing at number one in the UK. The tour supports his latest album, Kiwanuka. 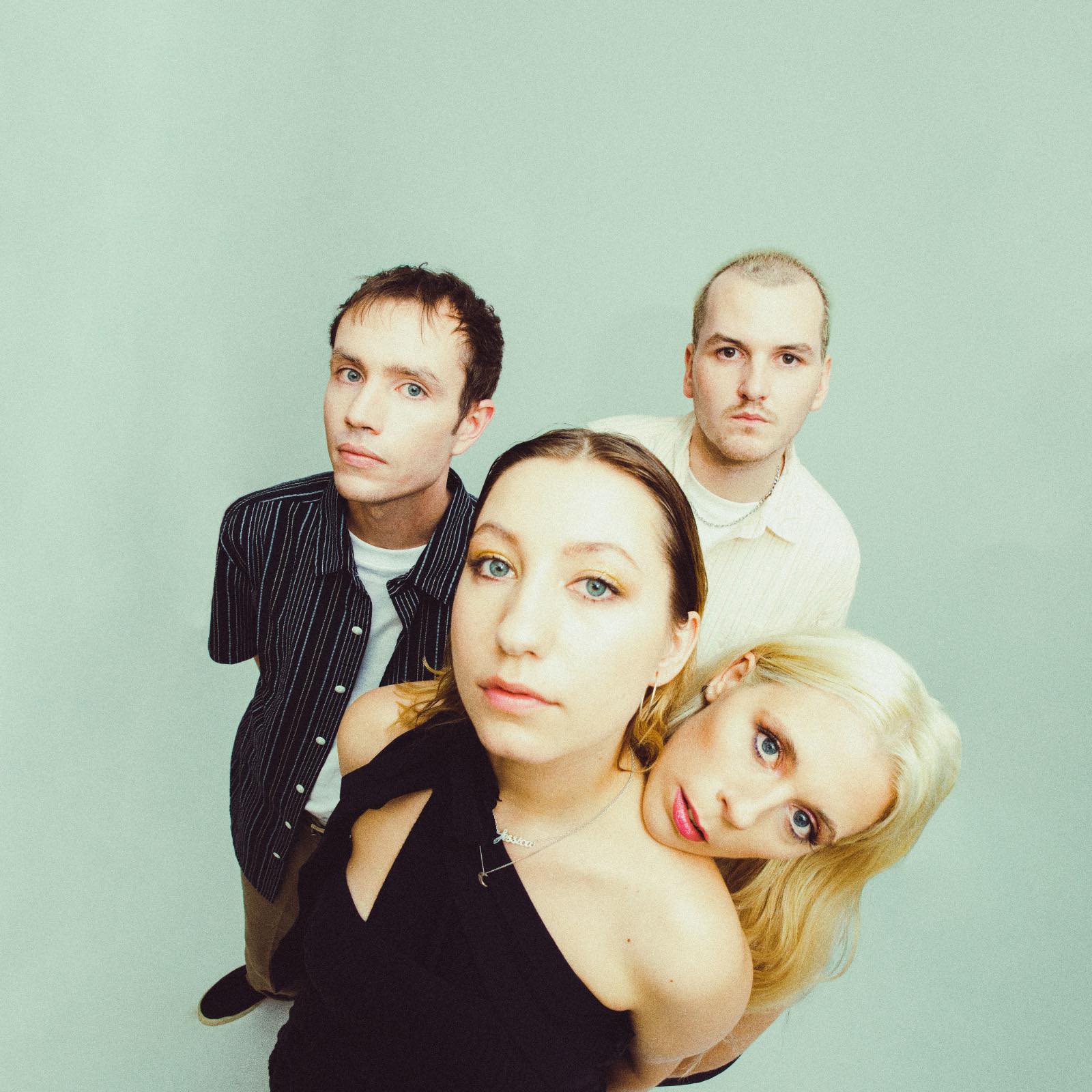 Emerging Isle of Wight indie four-piece Coach Party are the latest addition to the Chess Club family, joining the ranks of a label famed for breaking new talent – where recent signings include Alfie Templeman and Phoebe Green, and past successes include Jungle and Wolf Alice.

Boo Hewerdine – Thursday 12 May
The Musician 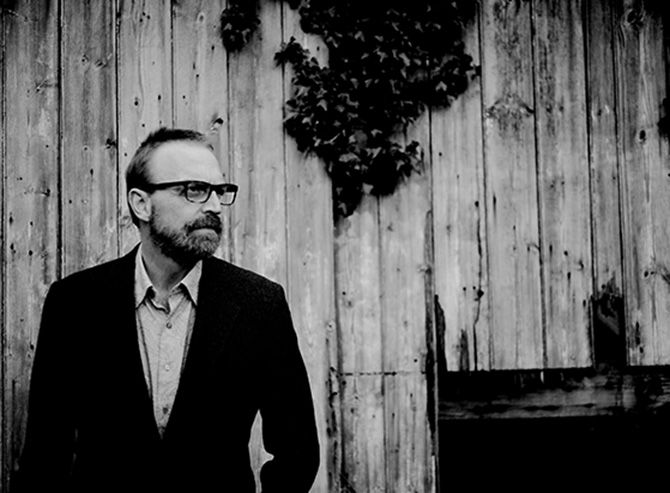 For over 30 years Boo Hewerdine has been considered one of the UK’s finest singer-songwriters. As lead singer of seminal band, The Bible, through his subsequent solo work and his long-time collaboration with the incredible Eddi Reader he has become something of a national treasure. Since Swimming in Mercury was released in 2017, Boo has been writing, recording and touring with Eddi Reader, Chris Difford, Kris Drever and Emily Barker among others. He is in demand as a writer, producer and performer. This Autumn he will be undertaking an extensive tour, singing songs from his new album ‘Before’ and his extensive back catalogue. A naturally gifted raconteur his gigs are always a total joy.

Marisa & The Moths – Friday 13 May
The Musician 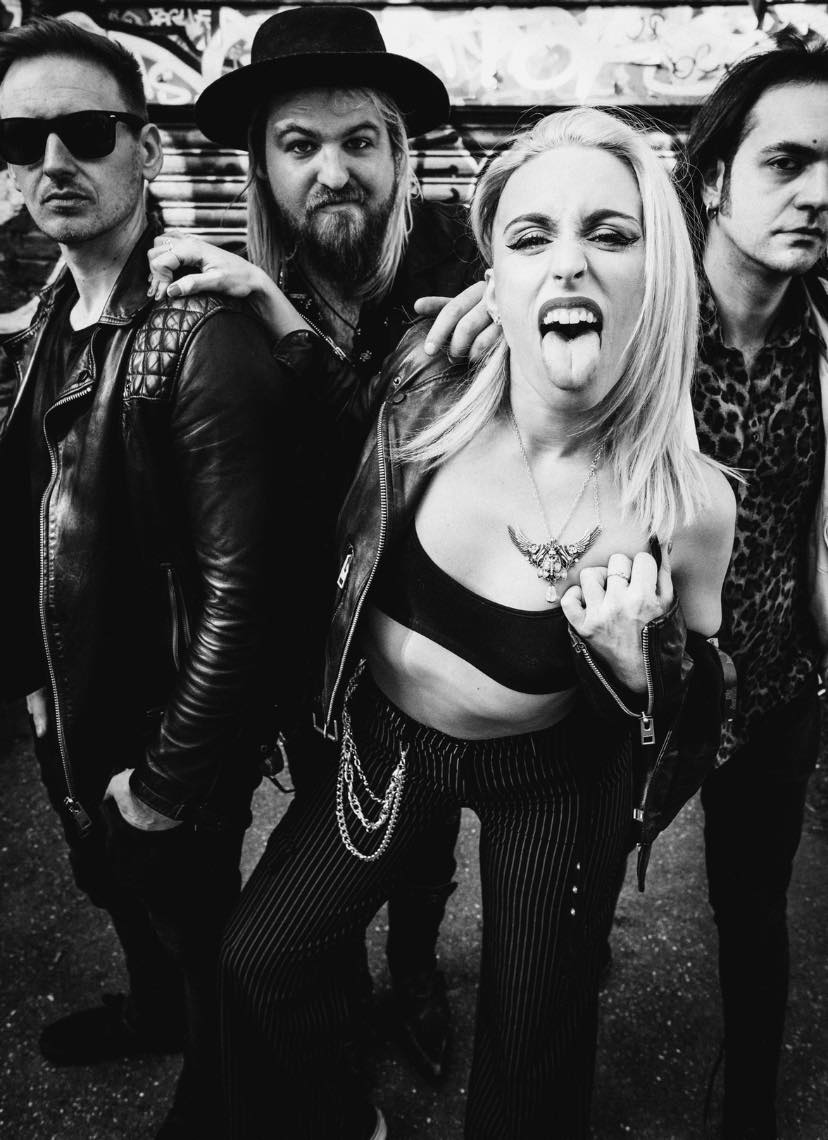 For fans of Halestorm, Foo Fighters, Audioslave, 5-piece Marisa And The Moths, fronted by Marisa Rodriguez, bring to mind the best hard rock and grunge bands of the 90s. The band deliver a deeply personal sound, detailing Marisa’s struggles with anxiety and everyday sexism amongst other themes. The music is the perfect vehicle for Marisa’s voice, soulful and powerful, as well as guitarist Sophie Lloyd’s eye-popping riff skills.

Sports – Saturday 14 May
The Soundhouse 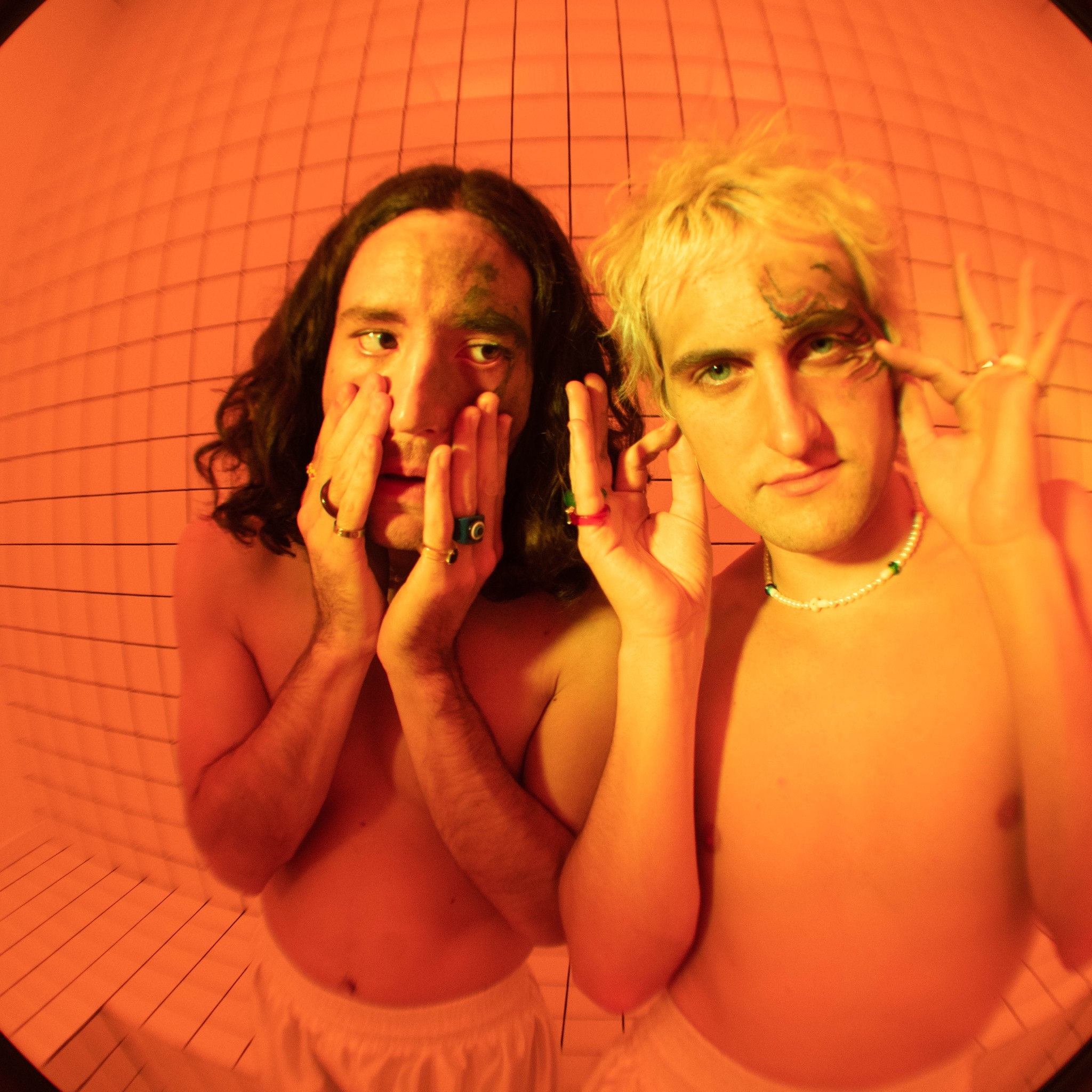 Sports first introduced themselves with their 2015 debut single, You Are The Right One, a concentrated slow drip of funk. Their debut project, Naked All The Time (2015) and its follow-up, People Can’t Stop Chillin (2016) delivered additional critically-praised singles including: Panama, Whatever You Want, and Someone You’d Rather Be Dating. The band returned in 2018 with their first full-length album, Everyone’s Invited, a vibrant offering that received acclaim from Pitchfork, Pigeons & Planes, and Ones To Watch.

Writer, musician, actor and filmmaker, Kenton Hall, is working on a mammoth new album featuring 34 original tracks and guest featuring local talent. We caught up with him to find out more about it. 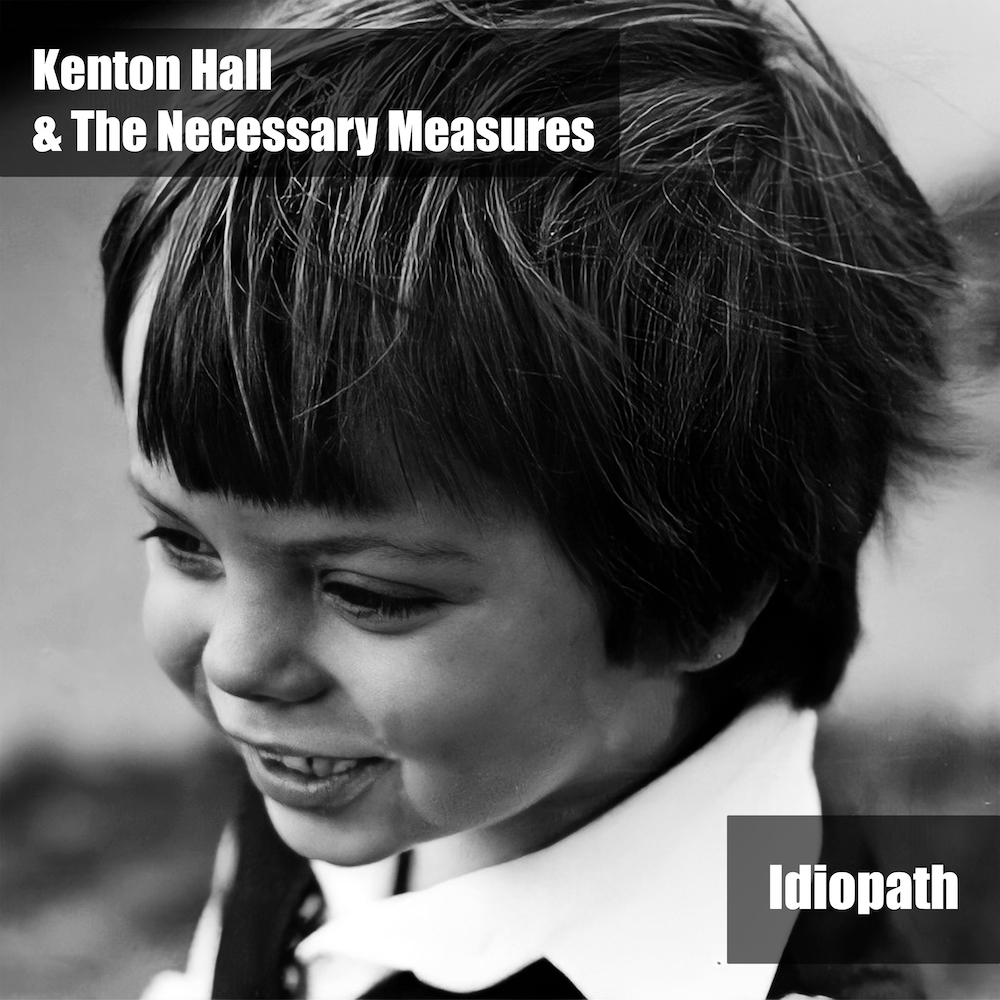 How would you describe your style of music for anyone who isn’t familiar?

I used to dread this question. Turns out I still do. I’m rather genre-agnostic. The song takes you where it takes you. ist – my previous band – enjoyed mixing and matching and I was surrounded by musicians who could write and play anything. I’ve tried to keep that spirit alive (and, indeed, the former members of ist and other immense musical talents came along for the ride). There’s folk, rock, Canadiana (Americana with fewer guns), weird synth things, big torch songs, electronica and everything in between. It gets loud, it gets quiet, it gets weird.

The new album has a massive 34 tracks on it, did you always plan to make it such a big release?

I like to say 33 1/3 songs, which seems to intrigue and annoy people in equal measure. But, short answer? No. I started with a grab bag of songs written just after ist broke up, for an aborted solo album. But then I started writing again and, before I knew it, we had 36 songs that demanded to be kept together. The sensible thing to do was pare that down to 12.

I don’t tend to do well with sensible ideas. We had to move 2 songs to bonus tracks just to fit in on a triple vinyl album, but they’re bonus tracks with the limited edition album and will show up on singles and EPs in the future.

I listen to a lot of Magnetic Fields. That starts to tempt you towards longer albums. But I like long albums. I’m basically releasing my own box set. I have been away awhile.

Tell us about what we can expect from the album?

Love songs, heartbreak songs, protest songs, political songs (socio, primarily, which is my primary field of interest), big ballads and low, dirty rockers. And many, many, many words.

You’ve also been working with local musicians to guest on the tracks. Can you give anything away as to who’s been involved?

A few people came to play on the main album, friends old and new, but the big collaboration is the digital companion album Omniopath, which contains all 36 songs from the sessions, covered and reinterpreted by other artists. That’s been a joy, both because so many talented people – and talented songsmiths in their own rights – agreed to do it. I’m beyond grateful. I can’t announce everyone just yet, but legends The Swinging Laurels have taken a track, Wally Walton from Yellowbelly, the marvellous Chris Conway, Findley Webster, Beejarabbit, Mr Plow… I’ll stop there. I don’t want to spoil some great surprises. There’s still 3 songs unspoken for, if anyone does want to get in touch.

We’re also making a feature-length music video anthology called Videopath, involving a lot of Leicester filmmakers taking a song off and making a film for it, without my interference. That’ll launch alongside both records in the autumn.

First port-of-call is to shift the pre-orders of Idiopath, which comes with Omnipath as a bonus.

How important is it that the Leicester music scene continues to collaborate like that?

Well, the scene has always been wonderful and diverse. But creating anything can be, well, lonely and you do tend to get stuck in your own head, which hasn’t been made any easier over the last couple of years. The artists involved in all three strands of the project don’t need me to promote them, but it’s nice to talk about other people’s work and it has allowed me to reconnect with a lot of old musical friends and make some new ones. I hope it’s been enjoyable for them too. I’m so grateful.

That all said, there is strength in numbers, and collaboration is a fun, inspiring way to achieve that. I’m far from the only one doing it, but I’m all for a powerful gestalt entity.

What else does 2022 have in store as well as the album?

I stay busy for the same reason most freelance artists do. To eat. I still work a lot in film, primarily as a screenwriter, as well as doing a bunch of prose work and the occasional acting gig. This last year was taken up promoting Bisection (my book about living and parenting with bipolar disorder), re-adapting the Agaton Sax books from the 60s/70s, writing the second of a new series of Goodies novellas, a short story for a new Doctor Who universe range about U.N.I.T., co-writing a 10-part drama series for Audible starring Rhod Gilbert, Kathryn Drysdale and Mark Gatiss, to name but a few, and a bunch of things I can’t talk about yet.

Still, I needed a personal ME project and that’s where Idiopath comes in. So promoting that and, hopefully, later in the year actually playing some live shows. Once I’ve put together a “Necessary Measures” for the stage, that is.

I have to keep moving. Like a shark. Or a fugitive.

Where can people keep up to date with what you’re doing?

The best place is probably https://kentonhall.wordpress.com, where I’m telling stories about each of the record’s songs right now, and usually write other nonsense. But I’m also lurking on Twitter @KentonHall and I’m easily findable on the book of Face. Do come by and say hello.