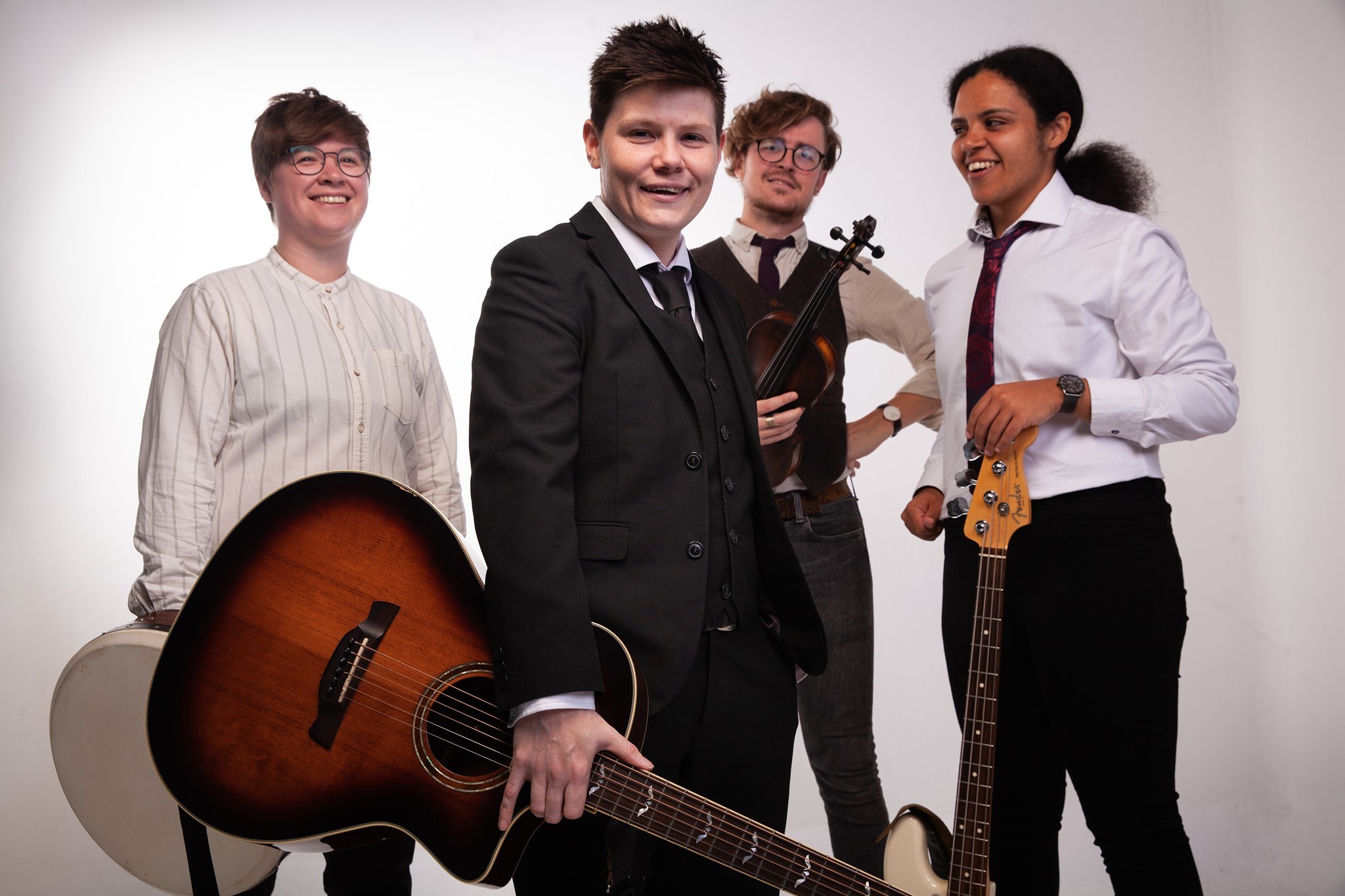 Grace Petrie and The Resistance Band present their first full band live stream, and it’s all in aid of Leicester’s Y Theatre. Grab a ticket to watch the show in full as Grace performs live on Leicester’s beautiful Y Theatre stage. They’ve pulled out all the stops on the production and have already raised nearly £2000 for the historic venue. Ticket prices are based on what you would like to donate. TICKETS.

The weather’s set to brighten up this weekend and live music returns to the garden at The Soundhouse. Book tables and drinks packages or walk-ins are also available. TABLE BOOKINGS 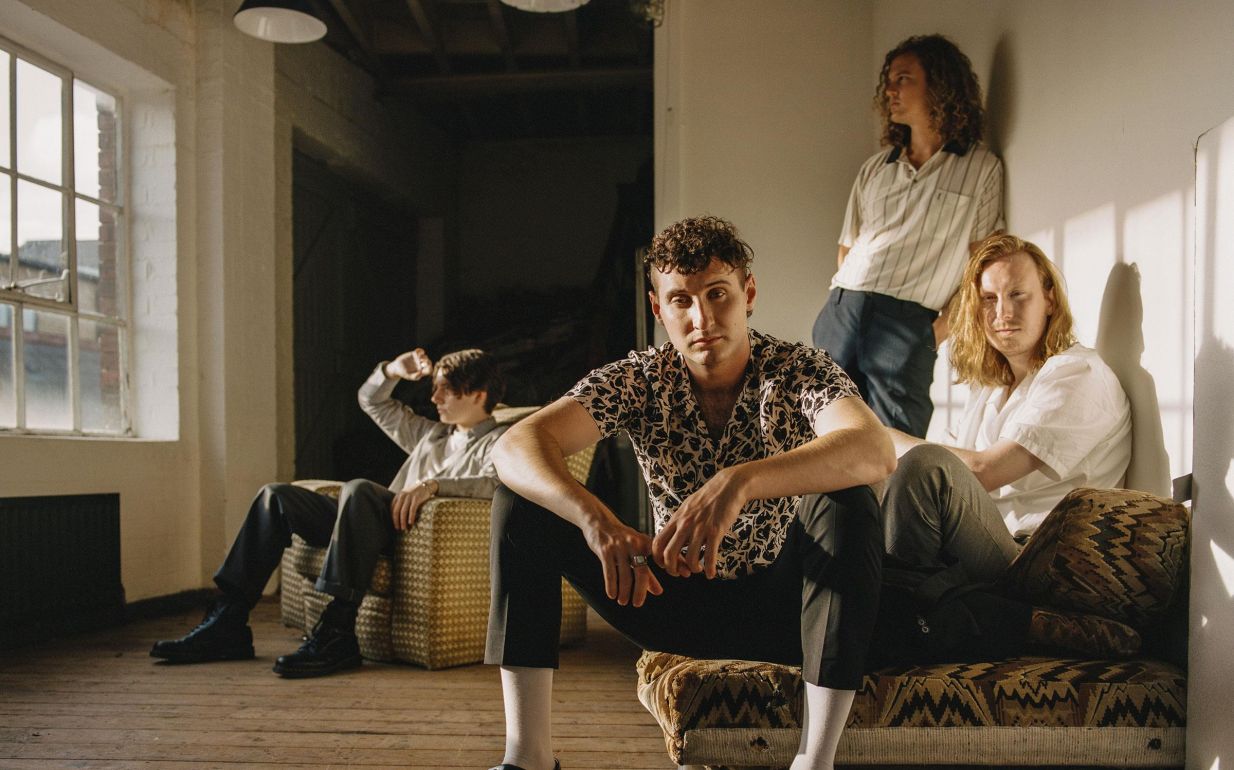 Recent album Open Up Your Head flew into the UK charts and landed them a Top 3 debut. Sea Girls are on fire and now the indie rock 4 piece are back with their biggest ever UK tour. Tickets for the Leicester date go on sale on Friday 4 September.

For many artists it’s been a long time since they performed properly. Last week, artists including Luke Broughton announced that they’d be performing as part of Avant Garden, a live music event in the courtyard at LCB Depot. With a top local line-up tickets for the show itself have now sold out, but you can still buy a ticket to watch the gig as it’s streamed live online. We caught up with Luke to find out more about the event, how it came about and what people can expect. 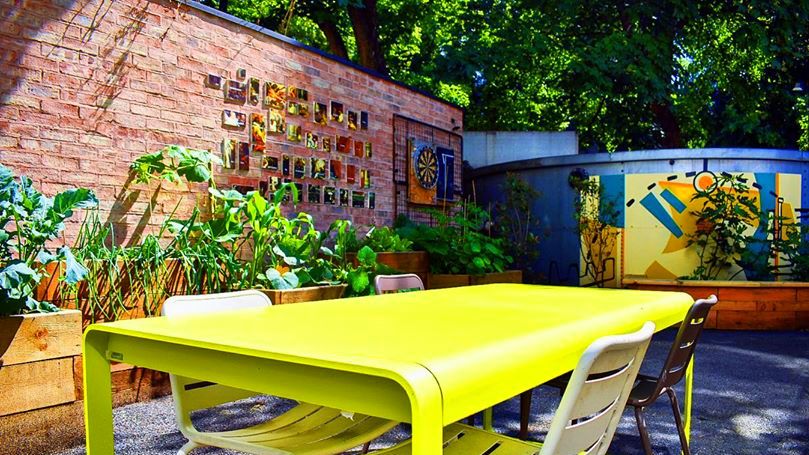 Tell us a little about Avant Garden and how the event came about?

It really came about after a discussion with my friend Leonie. We were talking about curating a new kind of event and looking at ways that events can be more inclusive and accessible to people. We also want to involve artists and audience members more and create training opportunities for people to learn and share skills.

How has the lockdown period been for you as an artist, trying to stay creative and look forward?

It’s been a mixture of things and, like many people I would imagine, I’ve felt a range of emotions. Surprisingly to me, it hasn’t been as creative a period as I would’ve expected. There’s been a lot of external pressure through this strange time that I think we’re not always aware of. I have started writing again though which is pleasing.

Is this the first gig you’ve played post-lockdown? What are you most looking forward to?

What can people expect from the live show at LCB Depot?

There will be a range of artists performing, featuring cello, harp, dance and spoken word and me. We’ll also have really cool visuals on the night and a bespoke food and drinks offering. Essentially we’ll be transforming a very urban space into the Avant Garden. 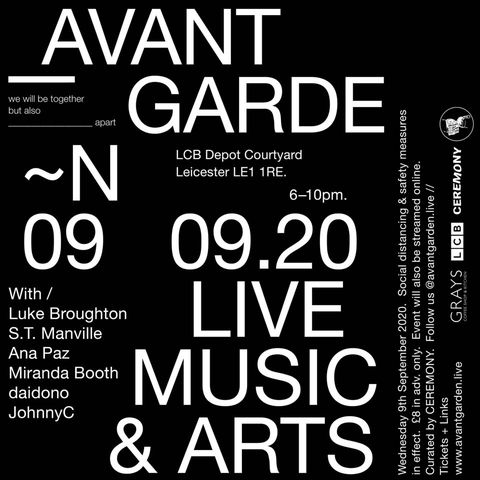 And for those who weren’t able to get tickets, they can purchase tickets to watch the live stream. Is this something you think will happen with lots of events going forwards?

I’m not really sure. It will be interesting to find out. I think the good thing is it breaks down barriers for people who aren’t able to attend for whatever reason. From a personal perspective It will be good to reach some of my fans who aren’t in this country and can’t be there.

I think that there is room for new opportunities and new ways of working that can be supported. The fact that we have sold this event out in a weekend is really heartening so thanks everyone.

Who are some of your favourite local artists to listen to or to play alongside?

A good friend of mine and collaborator, LION/S. She’s simply an unmissable and unforgettable, immensely expressive artist. Also The People Assembly are great. A sonically, visually and politically great band! As well that they’re really nice people. 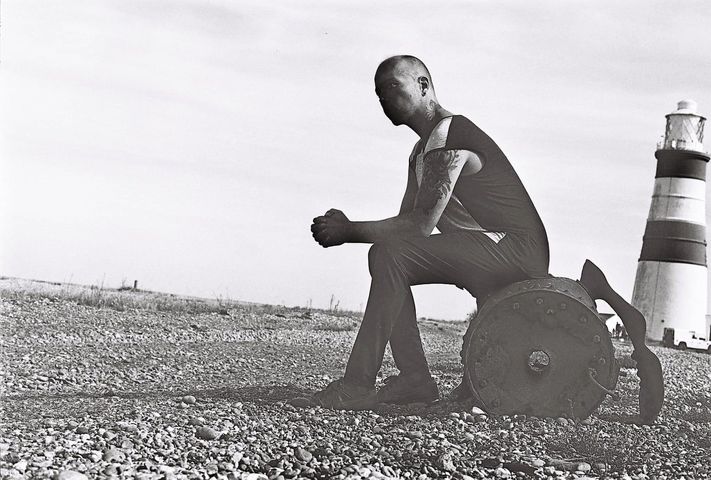 What do the next few months hold for you as a performer?

I plan to spend most of the time writing and recording as well as continuing to explore new events.

Where can people find out more and buy tickets?