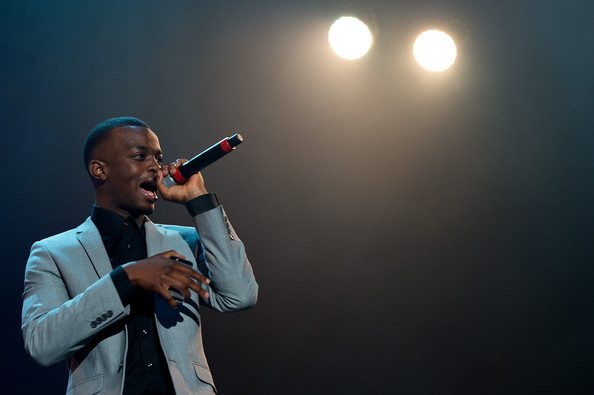 With 2015 in full swing, we’ve put together our top tips for who’s who this year in the music world. This will be your soundtrack of 2015. Let’s start at number 10…

So first you’re the cute hero girl in the modern Christmas classic Polar Express alongside the legendary Tom Hanks, then you’ve landed a recurring role in super-sitcom Two & A Half Men and now you’re bringing back noughties R&B. Tinashe may of released her debut record Aquarius in 2014, but it’ll be 2015 that she’ll make waves in the music world. Taking the vocal talents of Rihanna and mixing it up with dark synth-pop that’s taking over, Tanishe is the full package.

It’s poppy. It’s punky. It’s punny. Leeds quartet Brawlers are about to become your new favourite band with their fresh blend of pop-tinged punk. If the fact they wrote a song entitled Instagram Famous (which we all want to be) doesn’t do it for you, maybe the fact that their fast and furious songs will soundtrack your summer does.

Charli XCX, Hayley Williams and Jessie Ware. One’s scored a super-hit with a song from a film, one’s headlined Reading & Leeds and the other was one of last year’s big new stars and they’re all fans of Erin Michelle Wüthrich aka Ryn Weaver. Ryn Weaver is a cocktail of dreamy synth pop and youthful expression that’ll steal your heart the moment you listen. If singles OctoHate and Promises are anything to go on, Ryn Weaver is about to become the next big female popstar, possibly the biggest since, dare we say it, Katy Perry?!

Do you like grunge? Do you like punk? Do you like a lot of noise? Do you like brutally honest lyrics? If you just said yes to all of the above then Milk Teeth are the band you’ve been searching for. 2014 saw them sign with punk-veterans Gallows label Venn Records, gain airplay on Radio 1 and play major-rock festival Download. They’ve just dropped their latest EP, the hard-hitting Sad Sack and are currently on their first headline tour. If their year couldn’t get any better, they’re off round europe with hardcore punk heavyweights Title Fight later this year.

First and foremost, this is possibly the coolest name on the list. Secondly, Kwabs is going to be one of this year’s festival highlights. Kwabs packs his electronica-tinged neo-soul full with festival-ready hooks. He’s signed with Atlantic Records and already worked with Vienna-based producer SOHN, superstar Plan B and he’s even had his single Walk featured on FIFA 15. Keep your eyes firmly on this guy.

When your dad is pop-punk legend Billy Joe Armstrong, you’ve kind of got a lot of pressure on you to be as good as your old man, but Joey Armstrong and his beach pop buddies in Swimmers are about to make big summery waves in 2015. Formerly known as Emily’s Army, Swimmers already have two albums under their belts but it’s 2014’s Swim EP that will catapult them to new heights in 2015. The poppy, punky Five Seconds of Summer-esque beach-pop is so infectiously catchy you’ll be singing along to every word in no time.

Part grunge and part folk, Courtney Barnett is as much influenced by Nirvana as she is Bob Dylan and in 2015, this is something we really, really need. She made splashes last year, dipping her toes into major festivals such as Glastonbury and in 2015, she’ll definitely be appearing everywhere and anywhere. If her double EP A Sea of Split Peas was brilliant, we wonder how good her debut album will be when it drops later this year.

The kings of Synth-pop 2015?! It’s entirely possible that London trio Years & Years could be crowned ceremoniously as the year goes on. They’ve claimed the top spot in BBC’s coveted Sound Of poll and released some of 2014’s finest singles in Desire and Take Shelter. They are typical Glastonbury fodder and they’ll definitely be one of the year’s most exciting acts.

Not another rapper I hear you say?! Well my friends, not to worry, George Mpanga is a lot more than your weapons, weed and woman rap man. No, George The Poet really is a poet, his songs filled with intelligent and utterly poignant lyrics acting as a brutally honest social commentary on the world of UK youth culture circa 2015. If you need your eyes opening, George The Poet will open them as wide as they go and you’ll love it instantly.

Listen to: If The Shoe Fits

It’s part and parcel these days for there to be a billion singer-songwriters singing their secrets with just their guitar for company, but every now and then we are graced with something a little bit special. James Bay has won the infamous BRIT’s Critics’ Choice Award, the same award Sam Smith, Emile Sande and Adele all won pre-fame. If that wasn’t enough, his single Hold Back The River isn’t just a bonafide tune, it’s so poignant, and beautiful that it gives you that special feeling inside that you know this guy is going to be massive. He’s got the charm of Ed Sheeran and the beauty of Mumford & Sons. James Bay is going to be massive in 2015.

Listen to: Hold Back The River