Tiny Rebel Brewing Co turns 8 this year and to celebrate they’re pouring birthday beers as part of a UK-wide launch and it’s all coming to Leicester as well.

Over the weekend, from Thursday 13 February you’ll be able to enjoy 6 of their brand new beers as they take over all of the keg lines at The Two Tailed Lion.

They’ve brewed up some brand new exciting and exclusive beers especially to celebrate their 8th birthday and they’re sure to be a huge hit.

They’ll be on all of the lines until they run out!

Tiny Rebel hail from Newport, Wales and have produced a number of award-winning beers, from sessionable pale ales to crazy sours and Triple IPAs. 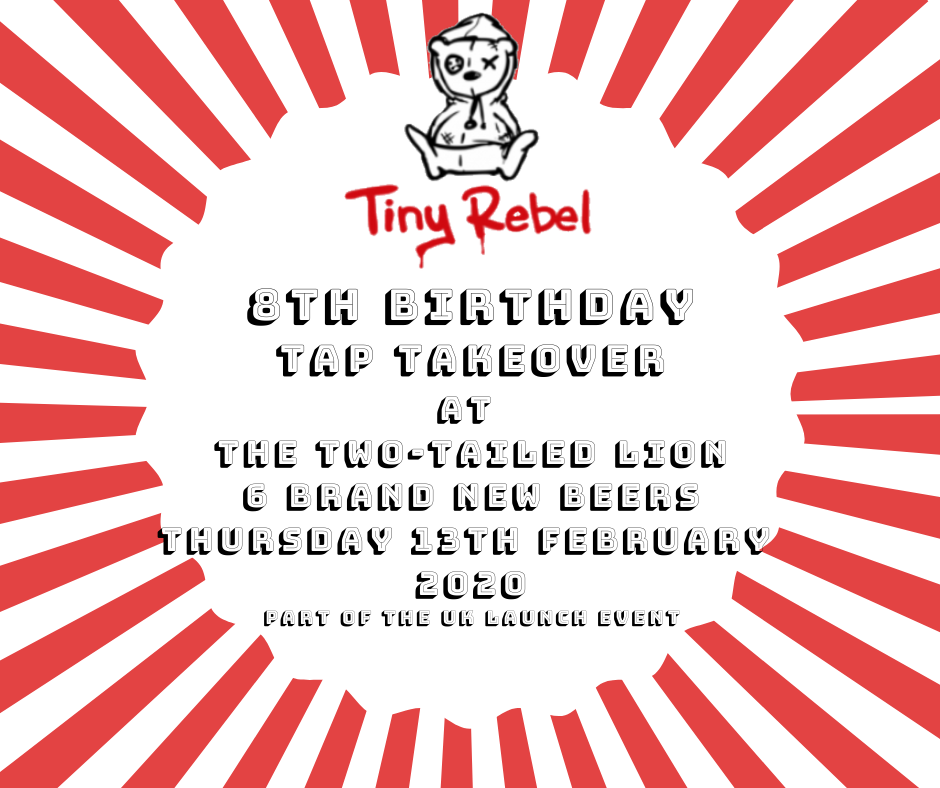