This week looks set to be a scorcher and you can enjoy some outdoor eating and drinking at the Two Tailed Lion this weekend as they join up with Martin Bros Pizza.

Yes, on Sunday 28 July they’re teaming up with the guys from Martin Bros Pizza Co to serve up a fine range of Neapolitan pizzas from outside the pub on Millstone Lane.

Martin Bros Pizza Co have been doing a few pop-ups around Leicestershire in recent months and are proving very popular with their mobile wood fired oven and fresh toppings including hot smoked chicken, nduja sausage, rare breed pancetta or even jackfruit. 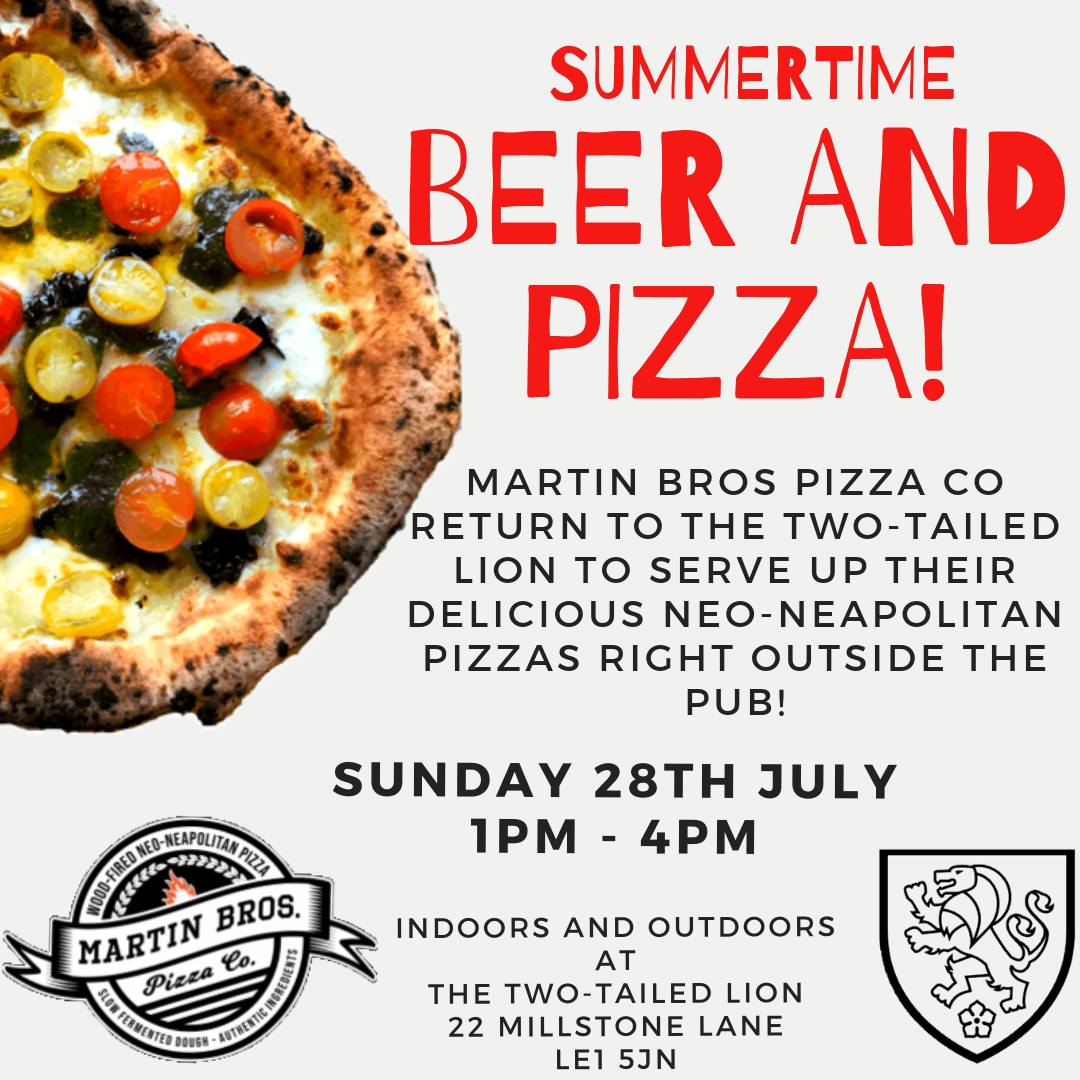 Two Tailed Lion will be serving up their usual range of awesome beers and drinks, plus if you ask at the bar they’ll be able to suggest the perfect beer and pizza pairings!