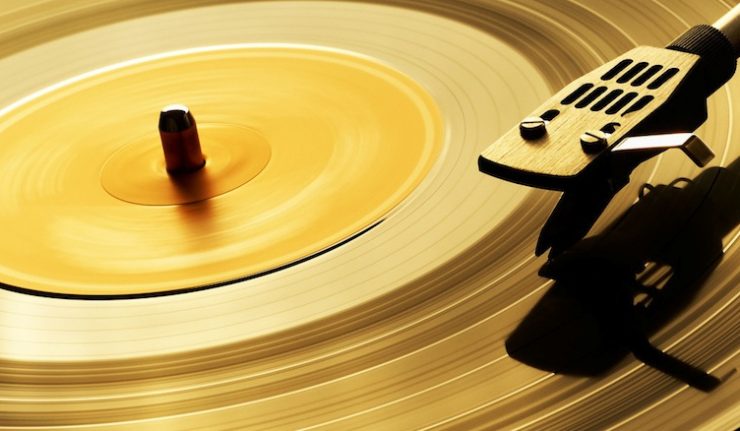 Songs of Praise is a new Sunday social event at The Font starting on Sunday 7 May, from 3pm-8pm.

Presented by The Promised Land, every Songs of Praise event will feature a full classic vinyl album playback and Back to Mine DJ sets, all suitably accompanied by The Font’s legendary Sunday Roasts!

Opening the event at 3pm the event will start with by bringing you a vinyl quality full playback of an album, chosen to coincide with an anniversary or new material released by the chosen artist. For May’s event, marking the bands new material and celebrating their Mercury Prize nominated debut, the chosen album will be Goldfrapp’s sublime Felt Mountain.

Inspired by the Back to Mine mix album series, Songs of Praise hosts Mr Hickford and Frau Grun will be joined each month by a guest DJ or Leicester musician, with them all tapping into their record collections playing music which inspires them as an artist and band.

The Back to Mine selections bring you anything from funk and soul to 60s classics, Ninja Tunes to Blue Note, Kate Bush to Cafe Del Mar. An open music policy, just anything to suit a laid back Sunday afternoon to evening.

Looking forward to June’s event on Sunday 11 June, they’ll be joined by Leicester’s own By The Rivers, playing the music that inspires them as a band.

To accompany all this, of course, is the choice of The Font’s great food and drinks including their legendary Sunday Roasts with three courses for just £12. Sunday Roasts service is from 12pm-6pm, last orders 5.45pm, to reserve yourself a table, call The Font on 0116 319 8875 / www.thefontleicester.co.uk

The first Songs of Praise event is on Sunday 7 May from 3pm-8pm and entry is free of charge.

For more details on The Promised Land’s events, radio show and Songs of Praise please visit their Facebook page.